Day 51: Rachel is the new Tail of House – BBNaija

Sheggz's call to serve finally ended at tonight's Head of House Challenge. Biggie permitted him to drop his costume and participate in the games. After two rounds of games, Phyna emerged as the Head of House, and Rachel took Sheggz's place as the new Tail of House.

Rachel had eleven bottles she could not clear off the table during the first round, thus making her the least-performing Housemate at the games. Big Brother plans to share her punishment later in the week. Are you looking forward to what Biggie has planned for Rachel?

The Tail of House Rachel finally got her punishment from Biggie today. In the evening, Head of House Phyna received a brief which Rachel was instructed to read. According to the brief, Rachel is to always wear a trash bag except during sponsored Tasks, parties and the Live Show. She will also pick up litter at all times all around the house. After reading her punishment aloud, Phyna read a second brief which turned out to be the Showmax movie brief. 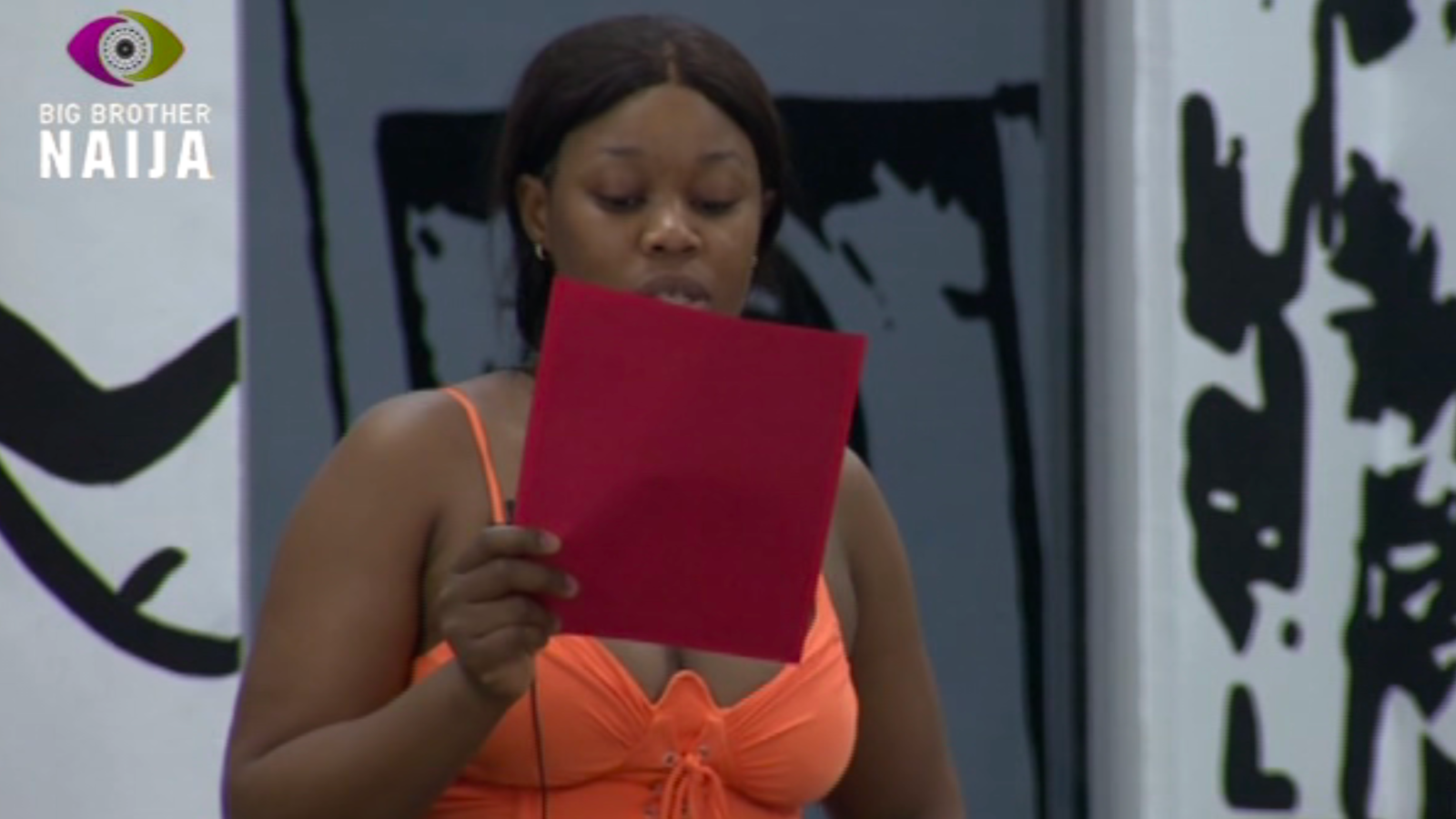 The brief contained the names of Housemates who had paid for movie dates: Chichi, Phyna, Groovy, Eloswag, and Sheggz. Rachel was shocked by the list because she claimed she had also paid for a movie date. When it dawned on her that there wasn’t going to be a review, she wept for a couple of minutes on her bed where she was comforted by Adekunle and in the Garden where she was comforted by Bryann.

We can’t help but wonder if the Tail of House punishment made her react the way she did to her exclusion from the movie date.

Adorned in her Head of House costume made of a garbage bag, Rachel went about the business of making lunch today. Day 2 into her role as Tail of House and Rachel seemed to have adapted to her quirky outfit as she wasn't worried that it could burn from the stove's heat.

The Housemate's Wager Task Presentation impressed Biggie and they earned themselves a win and Pocket Naira to buy luxuries. When Biggie ordered them t the Garden on Saturday morning, Rider Rachel was spotted with money in her hands, counting it for herself. Usually, accountants wear suits and ties, but this babe cares about the green earth and chooses a black trash bag instead.

According to the brief that Biggie gave Phyna with Rachel's punishment, she is required to wear the plastic bag at all times except during Tasks, the Live Show and parties. However, Biggie did not specify whether or not she must wear it to bed, but this morning, Rachel wore her trash bag nightgown proudly in bed.

Adekunle, Allysyn, Bella, Dotun, Hermes and Sheggz have been Nominated and are up for possible Eviction. You have until Thursday 21:00 WAT/ 22:00 CAT to Vote for your favourite Level Up Housemate on Mobile, Web, and the MyDStv or MyGOtv apps. Watch the show live on the 24-hour channels 198 on DStv and 29 on GOtv. Fans across Africa and the UK can sign up on the streaming service Showmax. Make sure you don't miss anything from Biggie's world on our website and be part of the #BBNaija gist on Twitter, Instagram, Facebook, and TikTok. Season 7 of Big Brother Naija is sponsored by headline sponsor Pocket app and associate sponsor Flutterwave.

Video
Day 64: Biggie rewards non-performance too – BBNaija
Biggie meted out fitting various forms of punishment for the holders of the Tail of House title including Allysyn, Chichi, Groovy, Dotun, Sheggz, Bella, Rachel, Phyna and recently Daniella.
Video
Day 50: Strikes and a warning for Shella and Rachel – BBNaija
For their recent food feud that ended in a discarded plate of rice, Bella and Rachel received a strike and a warning respectively, and for his Tail of House disobedience, Sheggz received a strike.
News
Day 24: Phyna struggles as this week's Tail of House – BBNaija
Creating and communicating in a new language must be hard.
News
Day 42: Giddyfia proclaims feelings for Rachel – BBNaija
He is happy to have Rachel in his corner and plans to put a smile on her face from now on.