News
04 April 2022
The Top 10 took us to ‘church’ last night and left us feeling inspired.
Subscribe to watch

Last night, the Live show started like we were going to be witnessing a Theatre performance, thanks to a compelling intro by 121 Selah whose soothing yet intriguing sounds ushered in the Top 10 with a group performance of Cynthia Erivo’s ‘Stand Up’.

121 selah was such an awesome choir, love you guys 😍 #NigerianIdol

Soon after that amazing intro, it was time for the business of the day. Nigerian Idol host IK Osakioduwa revealed that the top 10 received a record-breaking 14 million votes from the viewers. First to get a slot in the Top 9 was Jordan who sang ‘You Say’ by Lauren Daigle. Before his performance, he gave a heartwarming message to the people of Kaduna, following the tragedy that befell the city last week. This move touched many hearts and #NigerianIdolFam from across the country were left in tears.  His performance, like all the others of the night, was accompanied by 121 Selah who were stellar in their delivery.

@Nigerianidol I felt Jordan seriously it's so emotional. Hope the crisis didn't affect you. Be strong it is well dear🥰🥰 you always got my vote

The second Contestant to snag a spot in the Top 9 was Progress whose last performance struck a chord with a lot of Afrobeats music fans. This Sunday however, he performed ‘Uncle Suru’ by Jon Ogah and we can definitely tell you it was a banger. In critiquing the performance, Judge Simi remarked that she knew Progress was going to do well, as the song was in his comfort zone.

I can’t believe it’s uncle Suru, Progress sang like that… man is too good🔥🔥 #nigerianidol

Next up was the "Baby Dragon" Itohan who was announced the third to get a spot in the Top 9. Her performance of Mary Mary’s ‘Can’t Give Up Now’ was definitely an awesome moment that obviously left our Judges and our live studio audience excited.

Itohan never stops amazing me. He has such a big voice . And she is intelligent.

Next to be saved was Abigail who gave a powerful rendition of Whitney Houston’s Higher Love.

abigail is so good! #NigerianIdol

At this point, it was clear that the competition was heated and everyone so far had brought their A-game. The next Contestant to be called up, also knocked it out of the park with his performance. Zadok recieved a standing ovation from the Judges after his performance of Timi Dakolo’s soulful ballad ‘Wish Me Well’. His performance was also regarded as a fave by Simi and D’banj who confessed to this at the end of the show when they were asked by Host IK.

Zadok is the best tonight walahi.... Damn, enjoyeddddd every bit of tonights showwww#NigerianIdol

Zadok’s vocally charged performance preceded an emotional performance from David Operah who turned the stage on its head during the last Live Show. This time, he brought a mellow vibe to the Luther Vandross hit ‘Dance With My Father’. D’banj confessed the performance made him emotional, while Simi said she enjoyed the smoothness of the performance.

David Opera came through because that performance was emotionally charged for him. He's literally singing and reaching out to his late father.

Emotional, and I'll bank for him to be here beyond next week. #NigerianIdol

Next to snag a spot in the Top 9 was Debby whose performance of ‘Happy’ by Pharrell Williams left many feeling happy.

Faith, who got a standing ovation last week, brought back her signature soul sound while performing ‘Next To Me’ by Emile Sande. While there was no standing ovation this week, Simi and many others on social media considered it an enjoyable performance.

Finally, there were two Contestants left in the lounge. Hearts were beating and silent prayers were definitely going up as Banty and Gerald went head to head for the final spot. Who would it be? 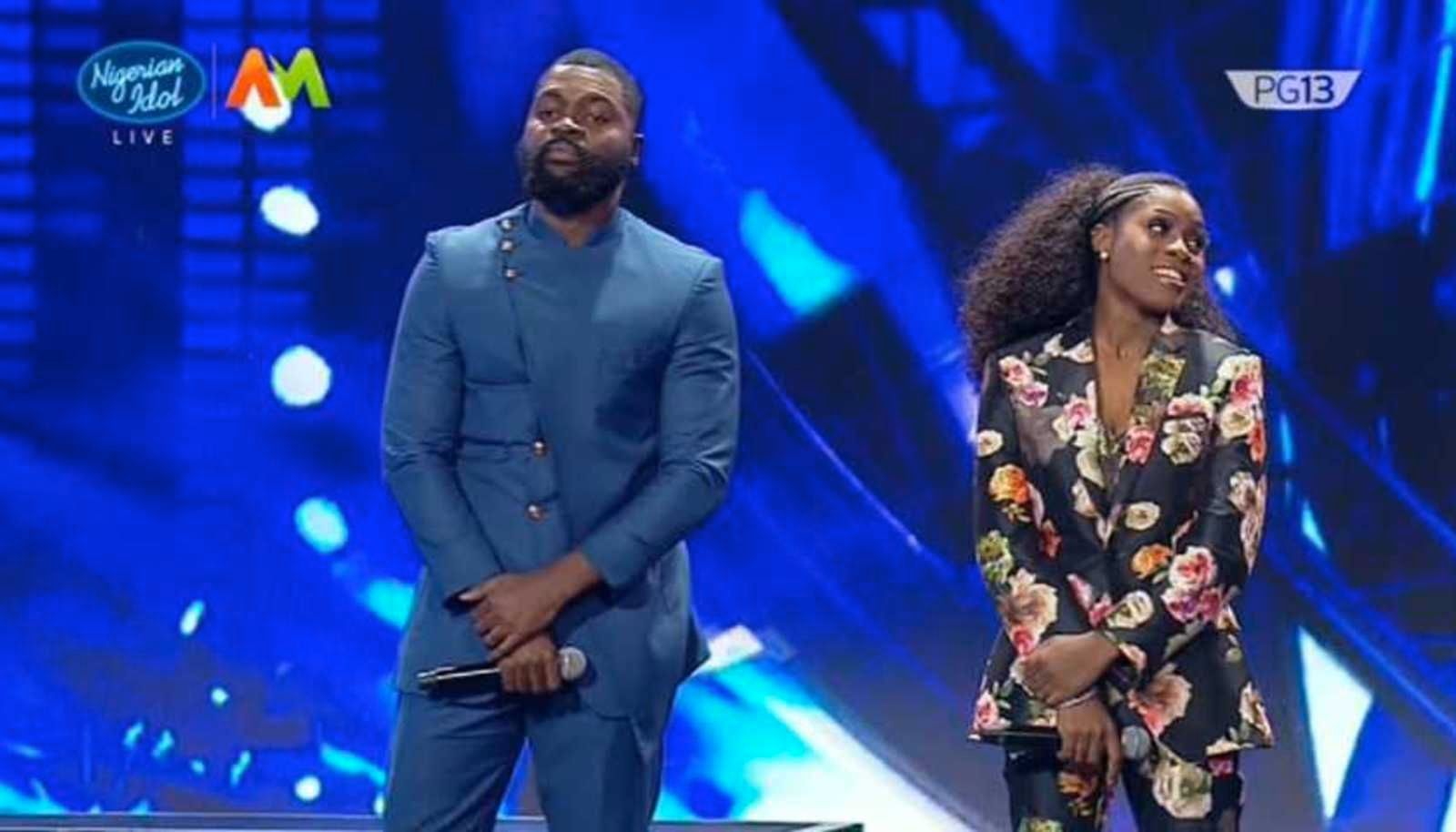 Fortunately for Banty, her name was called as the final Contestant to round out the Top 9. This meant Gerald did not get the number of Votes needed for him to stay on the show and his performance in the opening act would be his last on the Nigerian Idol Season 7 stage. After that heart-wrenching moment, Banty went on to perform ‘Lean On Mr’ by Bill Withers and got some accolades from the Judges for a good performance.

The Nigerian Idol live show continues next week, Make sure you vote for your favourite contestants as the power to determine who stays and who leaves is solely in your hands. Learn about the Voting process here. Voting is open now and will close at 21:00 WAT on Thursday. Viewers can vote via the mobile site, website, or the MyDStv and MyGOtv apps.