The Season that was – BBNaija

Like every other Season of Big Brother Naija, we had high expectations for this Season and like satisfied customers, our expectations were met and here we are, giving the “five stars’ rating and writing our review of the spectacular Shine Ya Eye Season that was.

As soon as this Season began, we knew we were in for quite the ride, with a great deal of surprises and twists as we went along. As a matter of fact, the surprise started right from the first day when Biggie only ushered in the male Housemates into the House. We kept asking “where are the ladies?” “Would there be ladies?” “Dear lord! Will it be a sausage fest all season long?” Biggie must have been having a laugh wherever he was. He did usher in the ladies the next day, but they walked right into a prank the guys had set up for them. This probably marked the beginning of pranks in Biggie’s House.

The Pranks galore
Being in the House earlier gave the guys time to bond and they decided pranking the ladies would be a great idea. They were only partially successful, but the prank led to many more. Next was Beatrice’s prank, then Biggie’s fake Eviction, the missing Housemate and lovers asunder that involved Liquorose and Saga. What was really fun to see was that Saga who orchestrated the first prank couldn’t even pull a one on Nini when asked to. Guess this is what happens when you get lost in the love sauce.

We will get right back to that, but what really caught our attention were two Housemates who had an identity they desperately wanted to hide.

The Wildcards
They were an excellent addition to the Season, and if we must say, the two Housemates chosen were the best candidates. Not only were they able to throw the Housemates off their scent, but they were also able to steer them in the completely wrong direction. Looking at the stunned faces of the Housemates when the Wildcards got revealed was an absolute delight. We still can't get over the expression on 'Inspector' Peace's face. What an absolute shocker. 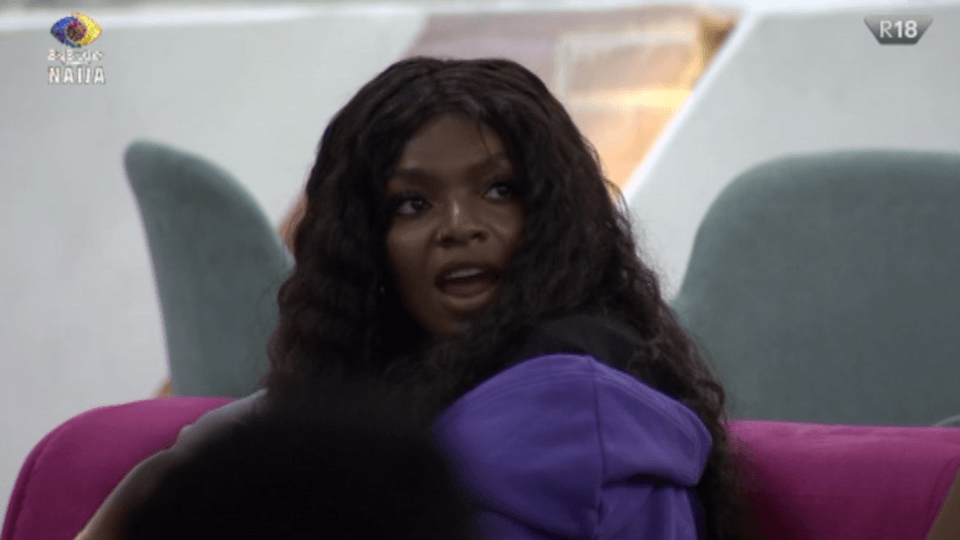 The Power Play
Speaking of Peace, she was the first Housemate to take control of the House by becoming the first Head of House of the Shine Ya Eye House. The best part of the HoH games was the realization that it had a lot more to do with luck than strength. It was quite easy for the Housemates to adjust to Peace as Head of House, and she had one of the most peaceful reigns in the House. However, things started taking a dramatic and feisty turn shortly after.

The fierce fights
Princess had the first altercation in the House. It was her first night and she couldn’t find a bed space because there were more Housemates than beds. The one person she wanted to share with refused and she had no plans of taking that rejection quietly.

The next major fight was during a Task and Head of House, Boma got into it with Angel, and it was quite chaotic. If you saw that fight, you’d think it couldn’t get worse between the two, but it did. It was ugly!

Fighting was frequent in the House, and many of them were caused by the shift in dynamics and power struggle. Pere and Whitemoney had a go at each other and at the core of it was a tussle for power.

The Kitchen drama
In an effort to curb Whitemoney's perceived monopoly on the kitchen, Pere relieved him of his duty when he became the Head of House. This pitted Pere against a section of the House that wanted Whitemoney back in charge of the kitchen.

Although it appeared their clash had been avoided, they soon had a go at each other during the games night.

The Shine Ya Eye Ships
We witnessed ships sail the turbulent oceans of love in the Shine Ya Eye House. We had it all, from crushes to flirtations to full-blown relationships. Sammie and Angel were the first Housemates who looked like they were set to sail, but they never made it past the dockyard. The most interesting thing about relationships in the House was how you were stanning one ship and you blink for a second and the ship has hit an iceberg. Then when you start making peace with the fact that your faves are no longer an item, guess who decides to get right back together again. Side eye Michael/Jackie B and Whitemoney/Queen. Anyway, that’s what you get for not shining your eye and spotting the crack in the walls of their relationships.

The Tasks
Away from the drama and the ships, this set of Housemates were pretty impressive tackling their daily Tasks. The energy and creativity they showed was a delight to see. Kudos to all the Housemates for giving a stellar performance. The best part was they got to go home with millions and even a trip to Dubai too.

Games
It was always fun watching them play whether it was the Friday Night Games, the Head of House Games, or just their regular games night. It didn't matter how tough it was, they showed up and played their hearts out.

Partying like a rockstar
As usual, we had the usual Saturday Night Party, but we had in addition, the Friday Jacuzzi Party. This was the wet and wild version of the Saturday Night Party. The reason you had to have that parental controls in place for the young ones. Dressed in swimwear, the Housemates put their inhibitions aside and had a ball. It didn’t end there, for most Saturdays, we had two DJs killing it on set during the party.

More Twists
You should have seen the faces of the Housemates when they saw more Housemates walk in as the old ones got Evicted. They never expected it! We were all caught off-guard by the Kingsize Eviction, which saw the highest number of Housemates leave, and the final twist in the White Room with Pere and Angel.

The Finale Show
What better way to end an epic run of a Season than with an epic Finale Show? It was simply breathtaking. Congratulations to Whitemoney for winning the Shine Ya Eye Season.

Catch up on the Season that was

Video
The Buzz: “Ozo is a cutie,” Toke Makinwa – BBNaija
We quizzed the host of The Buzz on Showmax, Toke Makinwa on her return to the show, her planned looks for the season, which previous BBNaija Housemate she wouldn’t mind being stuck with on an island and boy did she spill.
Video
Day 13: Pharmsavi notices 2 condoms missing – BBNaija
Level 2 Housemates find an interesting way to use condoms. Pharmsavi then pointed out that 2 are missing and he will count again at the end of the week.-- All of your favourite #BBNaija content on the official website, vote, play and watch the freshest content here: https://bit.ly/BBNaijaWebsite DStv: https://bit.ly/3ztNSPW Showmax: https://bit.ly/3PzIro4 Download on Android: https://apple.co/3OtMXmH Download on Apple: https://apple.co/3owIipn Don't miss a single moment, follow #BBNaija on our social platforms: Facebook: https://www.facebook.com/BigBrotherNaija Twitter: https://twitter.com/BBNaija Instagram: https://www.instagram.com/bigbronaija
News
Analysing the Ships in the House – BBNaija
The triangles, entanglements, flirts, cruisers and the love sprung
News
Day 70: A win and treats – BBNaija
What better way to wake up than with money in the bank and delicious breakfast?