News
01 October 2021
Everyone has a reason behind their stay in the House and a backstory that has shaped their life's journey.
Subscribe to watch

In this season of BBNaija, we had the opportunity of meeting some musically inclined Housemates; three of whom have gone the extra mile of doing records and are still very much interested in becoming music stars. In no particular order they are Jaypaul, Michael and Whitemoney.

Whitemoney who is the last of the three left in the House, has many times in the past spoken about his music career and his love for music. He is also a sucker for Tasks that have jingles attached to them because he believes his strength lies there. Now knowing fully well that the music industry is cutthroat, it’s quite understandable that the BBNaija platform is a very important platform to push his dreams and career. 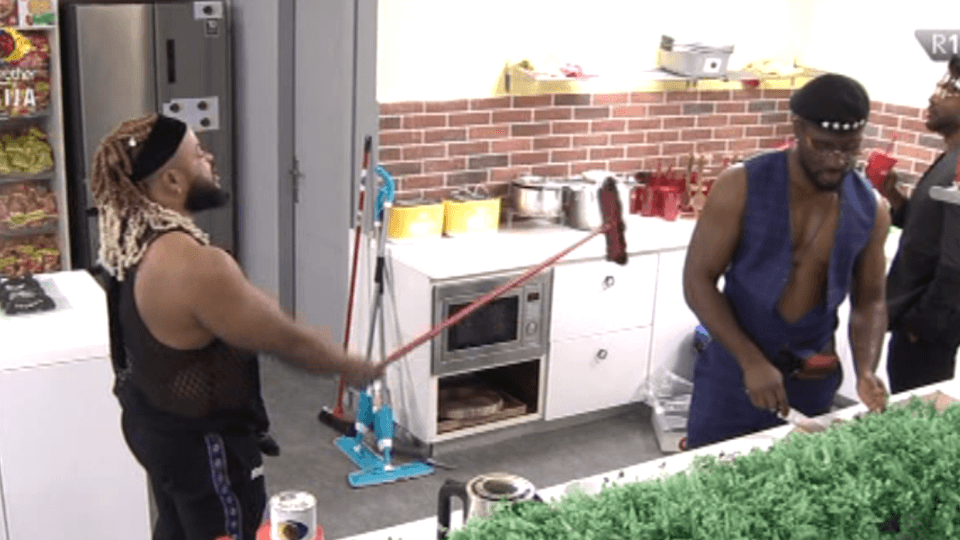 However, have you ever wondered what steps he took to make his dreams come true before BBNaija? Well, he went down that road this morning and we must say it was not a very beautiful road.

While having an improv jam session in the Kitchen, he ended up singing one of his compositions which Cross and Pere commended. The two who were in the Kitchen with him had nothing but words of encouragement and even suggested a producer for him to work with. In the course of the discussion, Whitemoney then sang another song which he said was supposed to be a hit but something “spiritual” happened.

While elaborating on the spiritual matter, he said after recording the song, he called on the wrong person to listen to it before releasing it. By saying this he alluded to the fact that the person some way or another worked for the song to go down the drain and not get the attention it deserved.

The Housemates all have an interesting journey and we can't wait to see the explosive projects they will get up to after the show.

Angel, Cross, Emmanuel, Liquorose, Pere, and Whitemoney are up to win the grand prize for BB Naija Shine Ya Eye Season this Sunday. You can  VOTE  your favourite Housemate as the winner via the Africa Magic website   HERE  and the  Africa Magic mobile site  by selecting the contestant of your choice and entering your number of votes and click  VOTE. Voting via these platforms is limited to 100 votes per user. You can also download the  MyGOtv  and  MyDStv  Apps for additional  Votes.  Votes  are free and  Votes  are allocated based on your subscription packages. The voting window closes by 9pm on Friday, October 1, 2021.

News
Day 55: The Level Up top 11's race to glory – BBNaija
Adekunle, Allysyn, Bella, Bryann, Chichi, Daniella, Dotun, Groovy, Hermes, Phyna and Sheggz have all given us different sides of themselves, and we take a look at some of the stand-out traits that may have brought this far.
News
Day 57: A long walk to the Big Brother House – BBNaija
Our Housemates have had to draw from their life experiences, to navigate life in the House.
Video
Day 69: The Chef making Task – BBNaija
The six BBNaija finalists put their cooking skills to the test as the Tribe Nigeria and Amazon farms Task gave them an unforgettable Kitchen experience.
News
Day 69: The men table their daddy issues – BBNaija
Present fathers can be a pivotal part to how an individual turns out. Some of the geng however, did not get this privilege and they feel some way about it.