Day 69: Our favourite reactions of the Season – BBNaija

News
01 October 2021
What is the Big Brother show without the social media streets that keep it lit?
Subscribe to watch

The Shine Ya Eye Season has brought us many feels, and vibes thanks to the diverse group of Housemates who call it home. But we can’t ignore the incredible force behind the #BBNaija fan base.

The Ships are only possible because of the vigilant and watchful eye of the #BBNaija fam. You are so quick to spot the budding new romances and the ever-changing dynamics. Let’s talk about the creative Ship names that you as the united nation of #BBNaija have created and hyped up. One could say that they are easy names to come up with, but their significance could only spread like wildfire thanks to the continuous chants we see in the comments section of our social media accounts. 🔥

A quick recap of these names; EmmaRose, SaNi, SasJay, Crosskay, Peria, SammieAngel (Samgel) to mention a few. Too bad the other Ships didn’t get to have special names, but they kept us and most importantly YOU, entertained and sometimes experiencing chest pains. 😂

This season has shown us how plugged in you can really get to the #BBNaija show, and we love it! We can see this from the way fans have created their own art and memes about the Housemates. Check out this meme about Liquorose’s much-loved energetic dancing, which some have described as “aggressive”. 😅 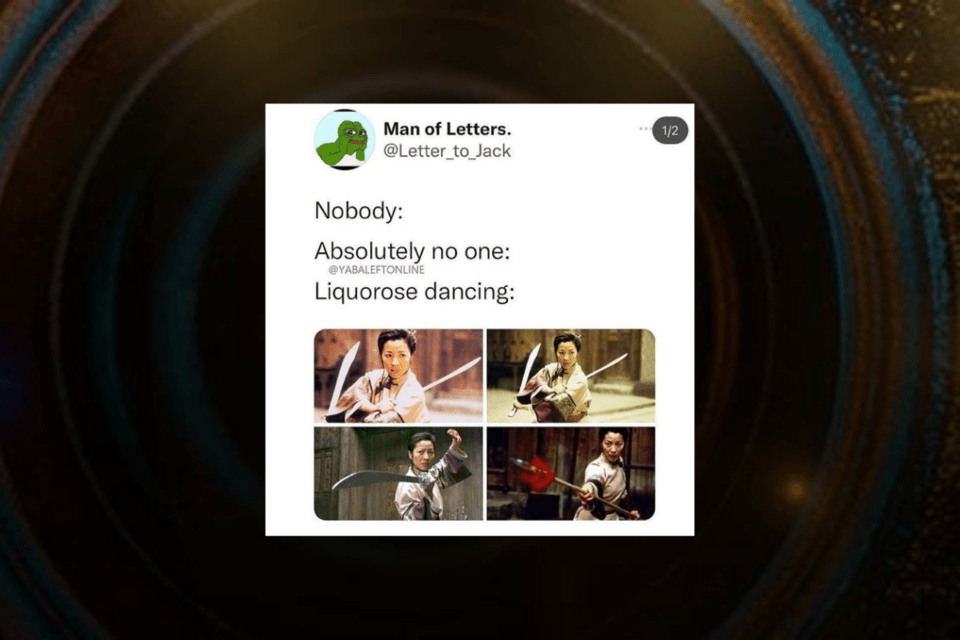 Some have even gone to the extent of creating music about some of the Shine Ya Eye geng!

Can we also take a moment to admire this fan art piece for Whitemoney? It appears the fine artist known as Zona Strings drew inspiration from the Housemate's time in the kitchen and used coconut and carrots to create the piece! 😲

Social media creators have shown us that the #BBNaija show will always trigger comedy and hilarious videos and challenges across Instagram, Facebook and Tik Tok. One of our favourite creator's reactions this season were from "The Outside Housemate", Debrah Waters. She created some of the most hilarious renditions of being in the #BBNaija House working out, dancing with Liquorose, at the parties, taking a nap with the Housemates and even her own Dairy Sessions! 😂

Another creative that kept us entertained with #BBNaija commentary was "The Real Femi". His impressions of the Housemates literally made us crack up intil our stomach were hurting. 😂 Like the moment he impersonated Maria with the sccent and everything! His parodies will keep you rolling and we really appreciate the time he took to recreate some scenes from the #BBNaija House.

Not to forget Kraks TV who kept serving us memes about the #BBNaija House. One of our favourite was a thread of IG posts of Saga after Nini left the House. They make an impression that Nini escapes from Saga's embrace but they still end up sharing food and the bed SaNi style. Warning: you will tumble on the floor becasue of these! 😂

We would like to officially applaud the creativity behind these Housemate’s fan base names. Each tribe came up with a unique name that set themselves apart from one another.

Here are some of these Fandoms:

We cannot forget about all the love that you have shown for the #BBNaija show and Biggie himself. Apart from the multitudes of relentless Voting campaigns we have seen on our social media platforms, the streets have been full of love and support. Some of you likened this Season of #BBNaija to a big happy family. Even though we had gbas gbos, most of the Housemates got along and some quickly resolved their differences when drama threatened to break them apart.

“The Big Brother’s House this year is more like a family together. Full of fun.”

Other fans feel that the show is too short, and the next season should be longer! We can tell that some of us will be experiencing hectic withdrawal symptoms after Sunday.

“Big Brother Naija Season 6 Shine Ya Eye I’m going to miss the show big time. Next year give us Season 7 for 4 or 5 months…”

So, here we are! It has been an amazing ride with the Shine Ya Eye geng and your love and passion for them has been a very important part of this journey. 💓

News
Pick your favourites: Reunion fashion! – BBNaija
High fashion alert 🚨 Who stole the show?
Video
Last round with EmmaRose – BBNaija
Tega confronts Pere about his lack of support for her. Cross apologises to Saskay and EmmaRose explain their relationship one last time.
News
Day 62: Your favourite Shine Ya Eye moments – BBNaija
Here are some of the Shine Ya Eye Season's most memorable moments!
News
Day 65: Housemates create Patricia art installations – BBNaija
The Housemates envisioned a life with Patricia through art.