Day 68: Pere opens up on his rift with Saga – BBNaija

News
30 September 2021
Pere talks about the rift that almost ruined one of the best bromances on the Show.
Subscribe to watch

Last night, Pere opened up about his bromance with Saga and how the rift had taken a toll on him. During a discussion with the rest of the geng, he confessed that the video he saw of Saga telling Nini about him really hurt him. “After I watched that video, I said I wasn’t going to talk to him,” he said. Even though he was willing to be cordial, there were times when they walked by one another and neither of them spoke, not even a simple greeting.

When questioned further, he said everything Saga said could have been said by anyone, but he didn't expect it from him. What even made it more upsetting was him telling Nini. The truth was that Pere respected Saga a great deal, and that might be a part of why it hurt so much. They eventually settled their rift, and Pere explained how it happened. 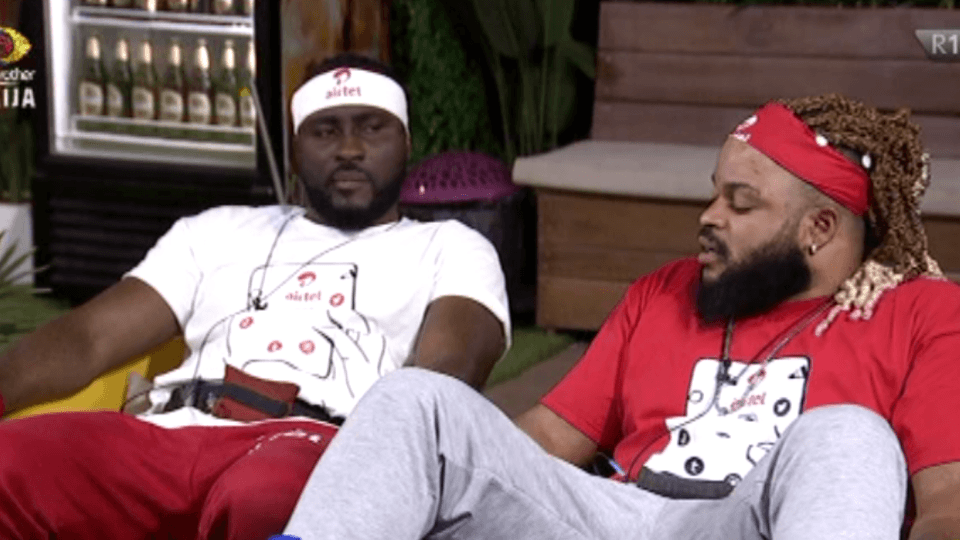 Settling the rift
Pere said he was cooking and Saga walked up to him telling him that he would like to talk to him when he was done. Pere agreed to it and the first thing he did when they met was to ask Saga to tell him everything he did in the video. It was only after this that they reconciled and kept their friendship alive.

Standup guy.
Pere talked about how much he admired Saga and how he had a pure heart. It was evident that he was very fond of Saga. He recalled the altercation they had during a Task and how upset he was but despite this, Saga came to meet him to settle their differences. He also mentioned how Saga was the first person he connected with on the Show. According to Whitemoney, situations like this one, have helped the Housemates forge stronger friendships. In light of how passionately Pere spoke about Saga's qualities, it seems that their bond outside the House will be one of the strongest we've ever seen? Only time will tell.

Angel, Cross, Emmanuel, Liquorose, Pere, and Whitemoney are up to win the grand prize for BB Naija Shine Ya Eye Season this Sunday. You can  VOTE  your favourite Housemate as the winner via the Africa Magic website   HERE  and the  Africa Magic mobile site  by selecting the contestant of your choice and entering your number of votes and click  VOTE. Voting via these platforms is limited to 100 votes per user. You can also download the  MyGOtv  and  MyDStv  Apps for additional  Votes.  Votes  are free and  Votes  are allocated based on your subscription packages. The voting window closes by 9pm on Friday, October 1, 2021.

Video
Last round with EmmaRose – BBNaija
Tega confronts Pere about his lack of support for her. Cross apologises to Saskay and EmmaRose explain their relationship one last time.
Video
Boma versus Queen and Beatrice – BBNaija
Things get heated as Boma is confronted by both Queen and Beatrice over his shenanigans in the House.
News
Day 55: Saga backstabs Pere – BBNaija
Whilst Pere thinks Saga has his back in the Shine ya Eye geng, yesterday revealed some hot gossip set to shake their friendship.
News
Day 60: Saga’s quest for equal opportunity – BBNaija
Saga feels today's Task could have gone differently.