Day 65: Spicy tea and vibes from the House – BBNaija

News
27 September 2021
We have got two different vibes in the House thanks to the Double Jeopardy Game. One of apprehension and one of happiness.
Subscribe to watch

The Live Eviction this Sunday came with a twist that has got us focused on two different parts of the House, with Housemates who are oblivious of each other to a certain extent.
Due to the twist, Pere and Angel are in the secret White Room but the Housemates in the House do not know this. When situations like this happen, best believe that some spicy tea will be served and boy was it served for our pleasure.☕

The White Room
The White Room as said earlier was where Pere and Angel were taken to for the Double Jeopardy Game.  When they were settled in, the two spoke about their experience with thinking they had been Evicted. Pere said immediately his name was called, reality dawned on him that he was going to face the outside world. Angel said her head was clear and she couldn’t wait to get on stage with Ebuka. 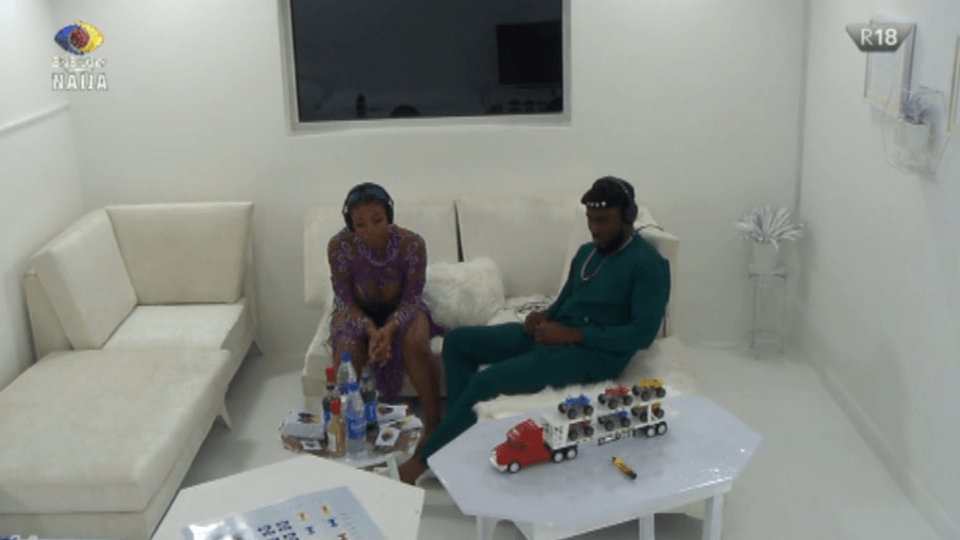 Their conversation then veered towards Whitemoney whom Angel believes is faking his ‘niceness’. She explained to Pere that she finalised her thoughts on Whitemoney when he refused to respond to Pere when they had their scuffle.

They didn’t stop there. They went on to shade Emmanuel, Liquorose and Whitemoney as boring.😲 So here’s how that happened. They had a moment where they imagined what their fellow Housemates in the House were doing and they both agreed Emmanuel and Liquorose would be in bed while Cross may likely be on his own or speaking with Whitemoney, since Queen had left and Whitemoney may have no one to speak to apart from Cross because he is the life of the House and would carry the show on his back for the time being.

Talk about dragging your fellow Housemates through the mud.😭

Saga was also not spared from their lashing as they made jest of the way he left the House. Angel had remembered the incident and relayed it to Pere who found it funny. Angel claimed Saga was so happy to leave the House since Nini had left and it was quite a funny moment knowing the history between the two.

The House
The main House was filled with laughter from Cross and Whitemoney who realised they had made it to the Finale. A few minutes later, they were in the kitchen speaking about how they almost fell into the “temptation” of making love to some ladies in the House. Cross was particular about Angel and how close he was to having some sweet moments with her. 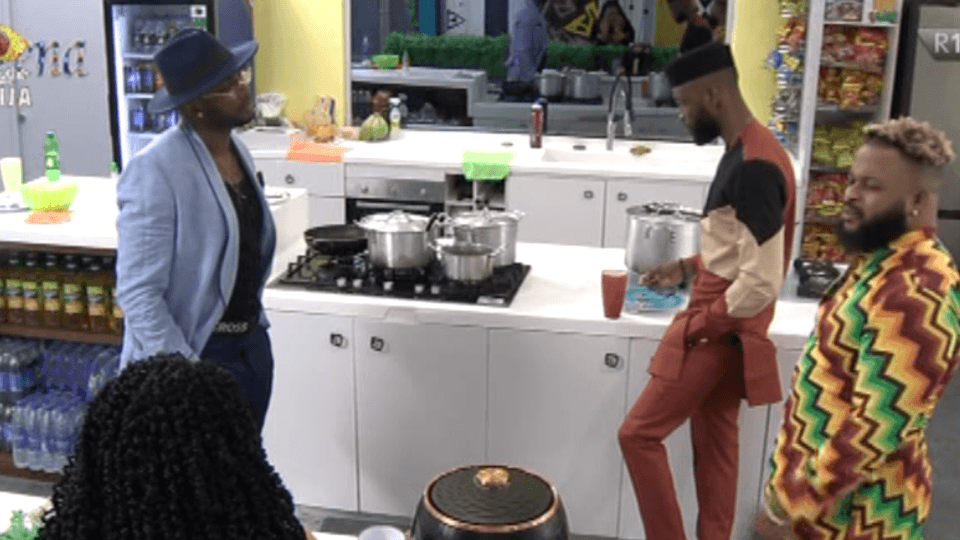 After having dinner, their discussion continued as Cross claimed he noticed the absence of everyone as he ate and wished all the Housemates could come back. They both spoke about how the moments they had in the House were priceless moments that they could never have again.

What a night it has been and we can only imagine the emotions and thoughts running through the minds of the Housemates in the White Room. Most importantly we can’t wait to see who makes it out of there and back into the House after the Double Jeopardy Game tomorrow.

Video
Who blocked who? – BBNaija
Whitemoney and Queen explain the miscommunication that prevented them from shipping after leaving Biggie’s House.
News
Shine Ya Eye Housemates tease us with Reunion tea – BBNaija
An exclusive first-look at the eagerly anticipated Reunion.
News
32: The Nomination tea – BBNaija
The nominations have come and gone but we are definitely interested in getting the tea behind their nominations. Sip with care
News
Day 71: A final party laced with spicy drama – BBNaija
The Housemates had their last Saturday Night Party – and it came with a whole bag of emotions.