News
27 September 2021
The Housemates envisioned a life with Patricia through art.
Subscribe to watch

To start off the Finale week, Big Brother gave the Housemates a fun painting exercise.

For this task, each housemate was required to make any painting of their choice and incorporate any of the Patricia elements listed below:

A box containing these elements was been provided to them. They had to take turns picking one element from the box. Whatever element they picked had to be incorporated in their paintings. 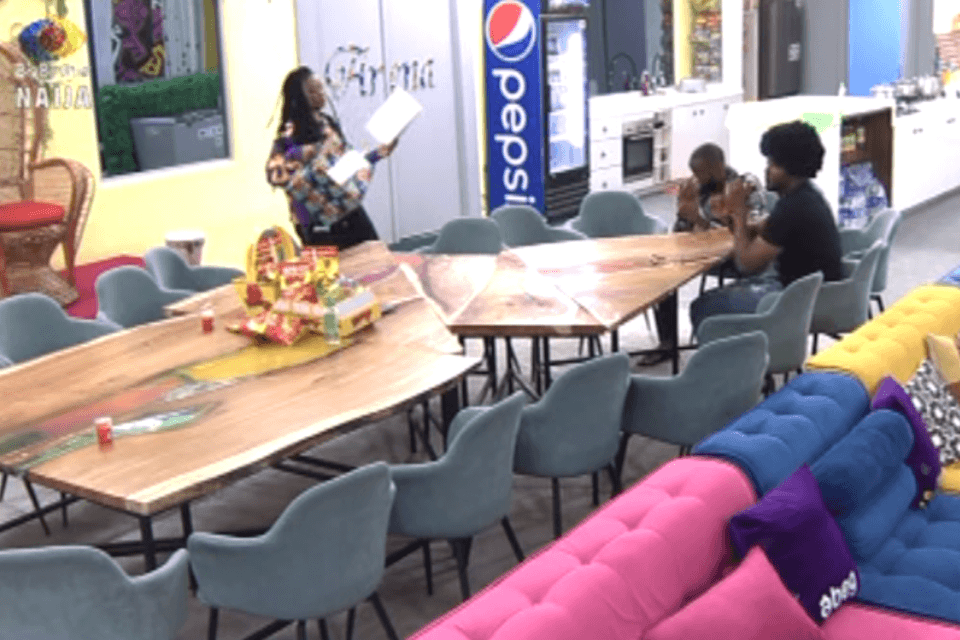 All Items need for this Task were provided in the storeroom. They proceeded to collect them and they were encouraged to wear their merchandise immediately shortly after which the timer for the Task started. 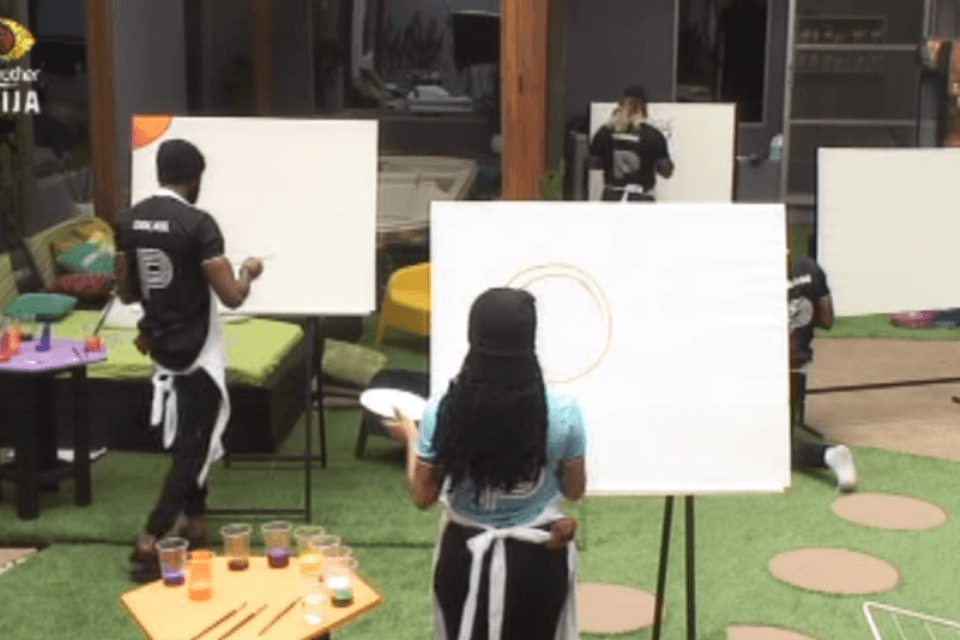 Whitemoney's art piece was inspired by a story about a child who wanted to become an astronaut but his parents didn’t understand what he wanted to be. His parents, however, supported him. He grew up and went on to study Astronomy. After completing his studies he went home to tell his mother but on the way there he found out that she had passed on. With time he goes on to get a job at the “P” Patricia Head Quarters and he becomes an Astronaut there. His living father comes to witness the son’s success as an Astronaut. He was a happy father having eventually recognised that this was indeed a good path for his son to take. 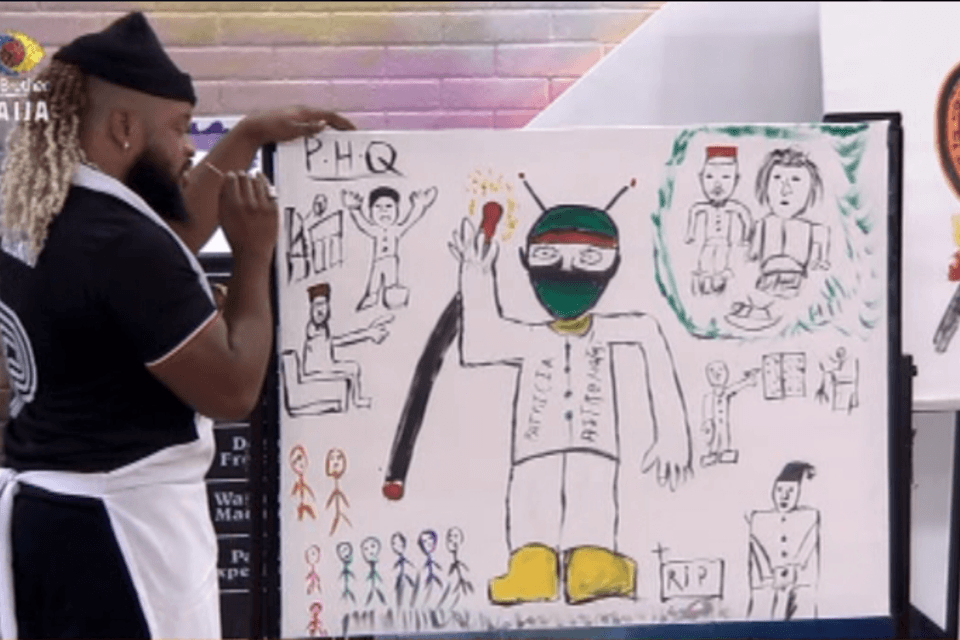 She had a coin with a mixture of colours; orange, red, purple, green and black. She presented the colours as a representation of all the emotions and problems people of colour go through. “In life, we are always trying to work and achieve things, we always face obstacles,” she said, metaphorically explaining the relationship between bitcoin and real life. “All the problems we go through are similar to what gold goes through before it becomes a coin.” she narrated. 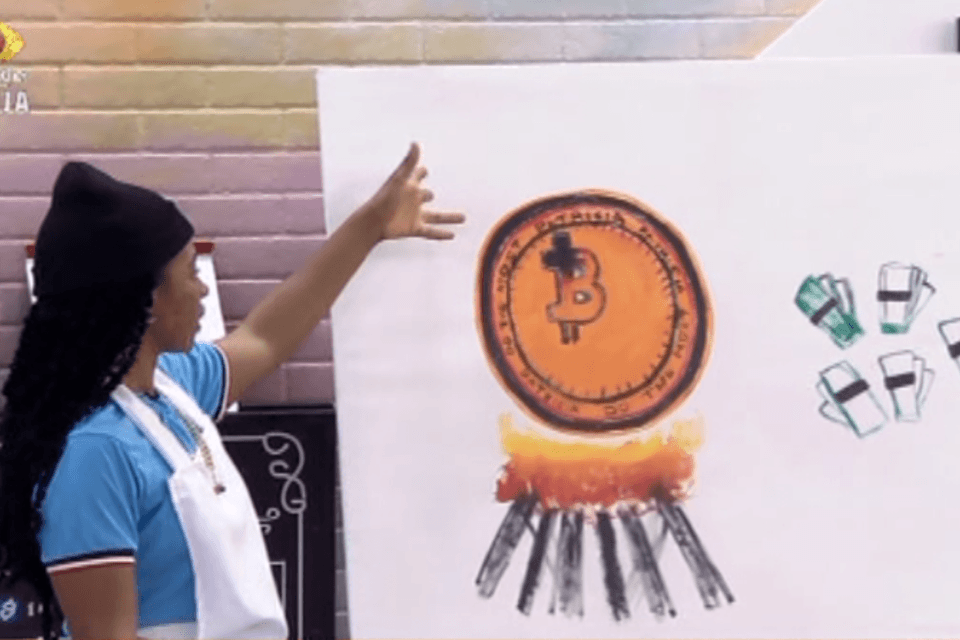 Emmanuel on The Rocket

Emmanuel had a painting that depicted a rocket taking off from the land, a blue sky, rural areas and all the elements one would generally see in life; in his words. He told a creative story about the arrival of Patricia in the form of a rocket ship. “This rocket signifies Patricia bringing improvement and betterness to society.” He went on to describe the significance of his part piece. 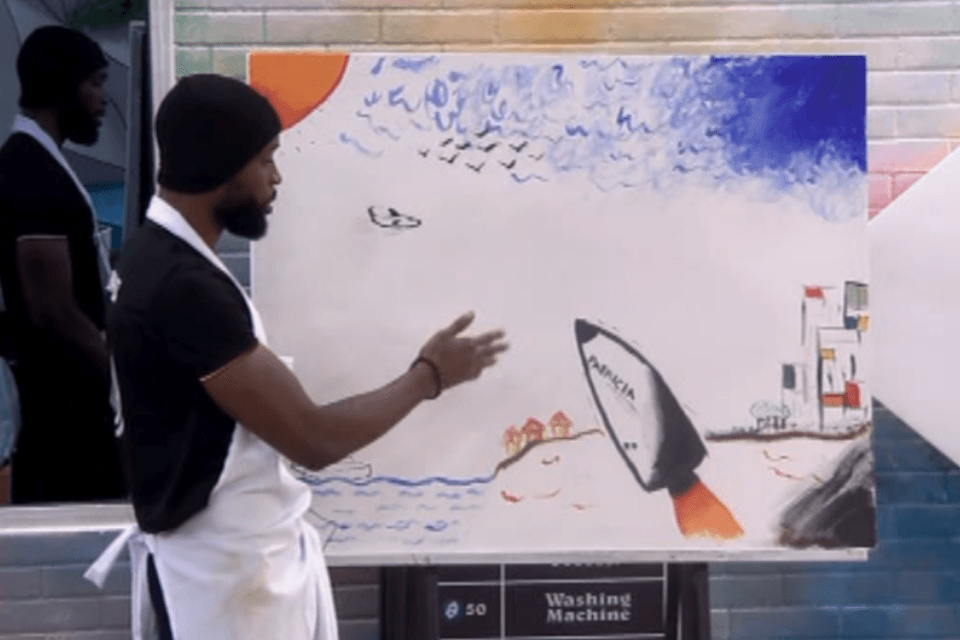 Cross on The Patricia “P” icon

Stepping out of a sleepy state, Cross introduced his art peace as you would expect. “Ladies and Gentlemen!” he started. He took us on “a little walk around the P” he had on his canvas. He described it as a world consisting of different kinds of people represented by the seven Ps on the colourful “P” icon he painted. “People have feelings and going through a lot in life. Everyone is under the category of P,” he began explaining. In his presentation he gave a narrative of Patricia giving cover for all necessary things in life such as working from home, trading, moving around the world and even getting a good partner.“What is it is that you want in life? Patrica has you covered. Make your life profitable.” he ended. 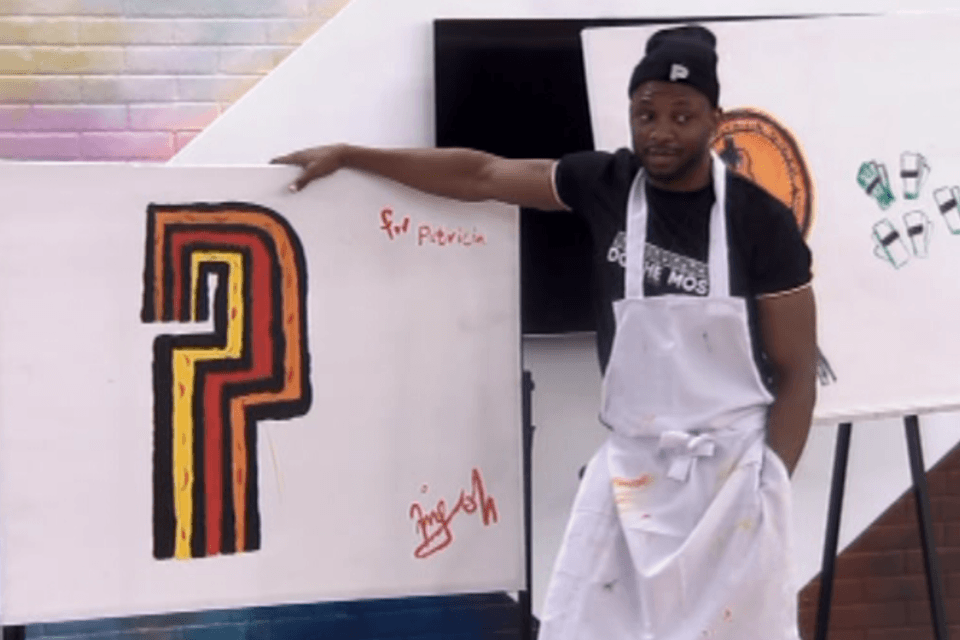 All four Housemates did their best to creatively present their art pieces and the winner of the Task is yet to be announced.

Video
Day 9: Housemates are getting sporty this week – BBNaija
Biggie has given the Housemates a new Wager Challenge; create a unique sport that has never been played before. This week's Challenge is putting the House's creativity to the test to see how much they manage to think out of the box. Both Houses need to come up with a new sports idea, a rule book and uniforms for both female and male Housemates.
Video
Day 11: Level 2 Housemate's sporting event task – BBNaija
BBNaija The Big Brother Naija Level 2 Housemates brought energy and creativity to their football Task Presentation today.
News
Day 56: Black and gold with Patricia – BBNaija
We enjoyed good music and great vibes from the Saturday Night Party.
News
Day 65: Cross discovers leftover groceries – BBNaija
Cross and the Housemates struck the jackpot with Evicted Housemates' leftover food.