Day 65: Angel and Pere return to the House – BBNaija

News
27 September 2021
The duo return after an exhausting duel to ecstatic Housemates.
Subscribe to watch

There was a general feeling of excitement as both Angel and Pere made their way back into the BBNaija Shine Ya Eye House to join the rest of the geng to make this Season’s top six Finalists. As the doorbell rang and they walked in, the House erupted in screams. Angel walked into Cross' tight embrace, as Liqourose reached out to Pere. The Housemates were overjoyed to see them again. 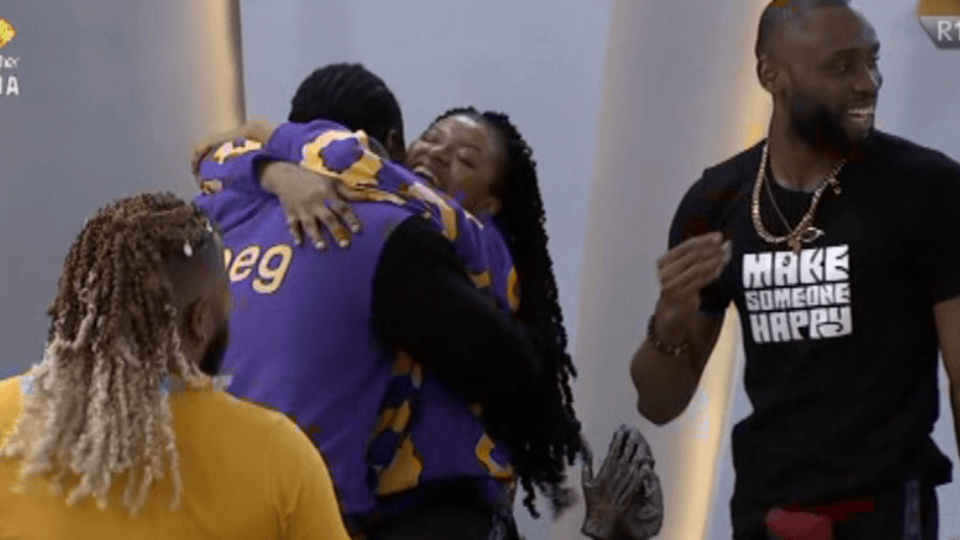 Pere and Angel were earlier asked to leave the House during the Live Eviction Show, creating the impression that both were Evicted. This wasn't the case as they made their way to the White House where they played the Double Jeopardy game. Both Housemates performed excellently in this tightly contested game, and Biggie decided that both deserved to be in the Finals.

Day 65: Angel AND Pere will be in the Finale! – BBNaija

A whole lot of food

Whitemoney pointed out that he had asked if more Housemates were being brought in because the food ration they got for the week was just too much. Upon entering the kitchen, Pere could not hide his astonishment when he saw the surplus food they had. “At least we will grow fat before we leave,” Angel said on spotting the sumptuous meals.

When Emmanuel conducted a mock interview asking how he felt about Angel’s return, Cross response was one for the books and maybe to Emmanuel’s relief too. “I feel good and overwhelmed… I don’t have to go for Liquorose anymore,” he responded playfully. 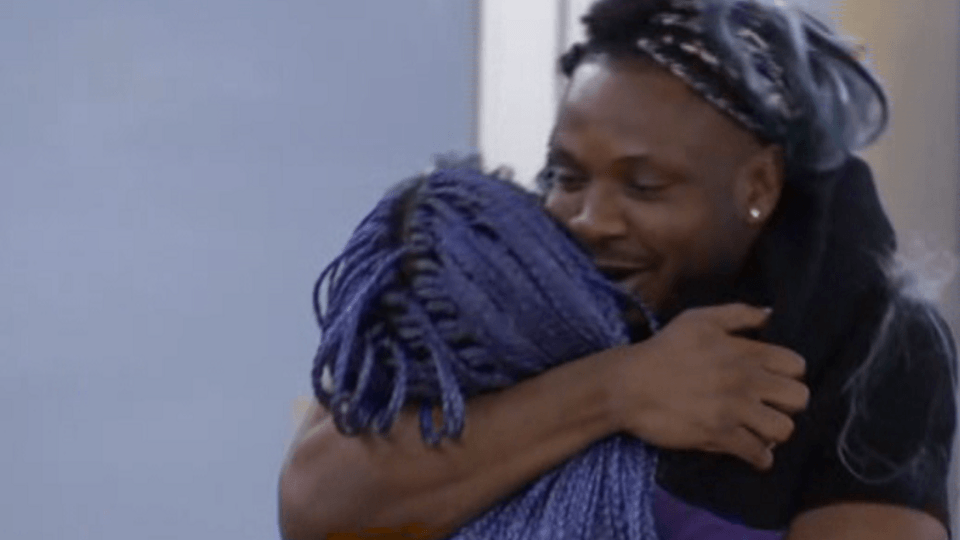 Emmanuel said they actually expected Angel when they heard the bell ring. Angel's exit during the Live Eviction Show was somewhat unusual, according to him.

What happened when we left

Pere was pretty much concerned about what happened while they were away. Thanks to the Geng, he was able to find out about Emmanuel being the new House Head, how they did during the games, and about the Patricia Task he missed.

The geng did try to find out where Angel and Pere went to and what they did. Angel told them they wouldn't understand, and both she and Pere agreed they couldn't explain what happened. Liqourose didn't want to probe further, saying they didn't have to say anything.

Video
Day 1: Housemates reflect on being in the house– BBNaija
Pharmsavi, Phyo and Christy O reflect on the surreal feeling that comes with being chosen as the BBNaija Season 7 Housemates. The excitement is palpable!
Video
Day 15: Week two in the Level Up House – BBNaija
Ships grew, strikes were issued, and the gist was shared. Week two in Biggie's House has not been without any entertainment as Housemates do all they can to stay in the House till the final day.
Video
Day 65: Angel and Pere return – BBNaija
Angel and Pere return to the House after a game of Double Jeopardy to ecstatic Housemates who can't conceal their joy.
News
Day 66: The internet reacts to Angel and Pere's reception – BBNaija
Different reactions trail their return, but one had the internet buzzing.