News
23 September 2021
...and she is mum about whereabout insisting she was in the House the whole time.
Subscribe to watch

After pulling off the 3rd biggest prank of the Shine Ya Eye Season that left the Housemates confused and her close ‘friend’, Saga perplexed, Nini made her way back into the House in the wee hours of the morning and would have made it in undetected if it weren't Pere. Pere, who had been drifting in and out of sleep, spotted her returning and immediately alerted Saga, who ran into the bedroom and found her in bed. 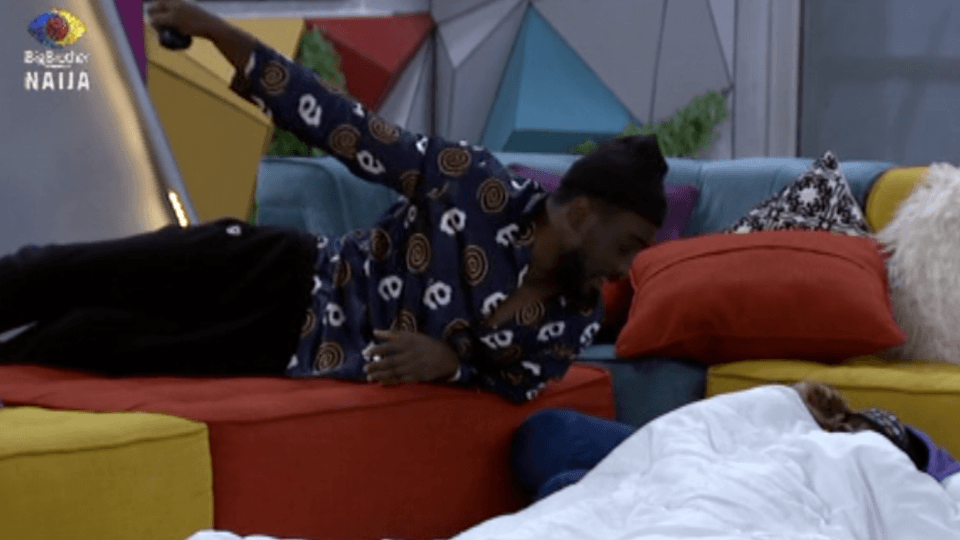 Earlier, Nini had been asked by Biggie to pull a prank on the House by exiting for 24 hours and on successful completion, she returned to a relived Saga and puzzled Housemates who bombarded her with questions about her whereabouts.

This game choke
For the first time in 24 hours, Saga found his voice and laughed as he discussed with Pere about Nini’s return. Nini's absence had been difficult for Saga. He broke down in tears earlier in the morning, wore a mournful look the rest of the day and even went as far as hiding pictures of Nini when Biggie asked the Housemates to pack her belongings into the storeroom. 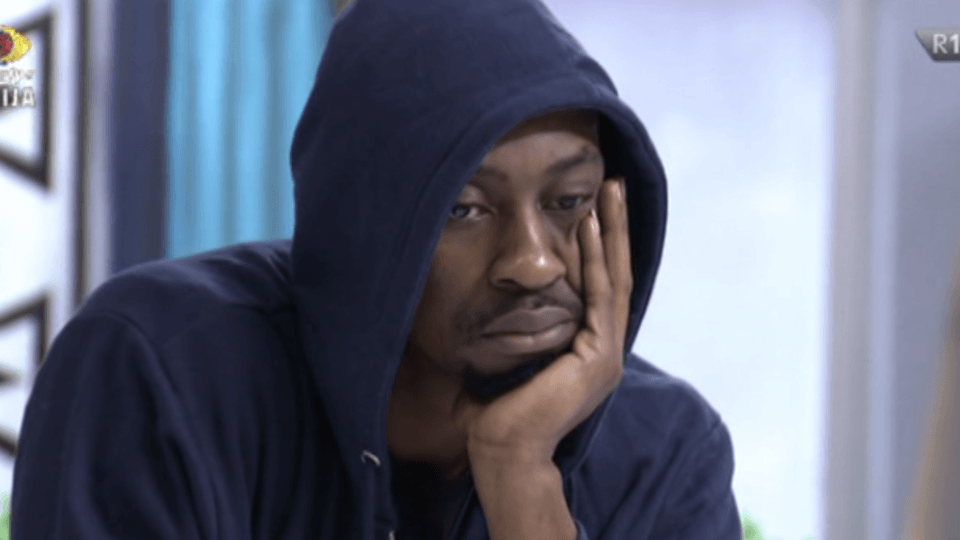 With her return, his cheerful side also made a comeback. He claimed he knew it was a prank all along and made a mockery of the conspiracy theories all the Housemates came up with especially the idea that Nini was a fake Housemate or that she cracked under the pressure saying she was a strong person, which Pere agreed to. Although Pere still insists that the Head of House Liquorose and Deputy Cross were in on it. He claimed they knew about the prank all the while and connived to make it happen.

Even though he appeared relieved, Saga claimed this prank was really painful and he might need the help of a psychologist to make sense of Nini’s absence. He cited that it reminded him of the time he lost his mother. He added that Nini not being here was his worst nightmare. 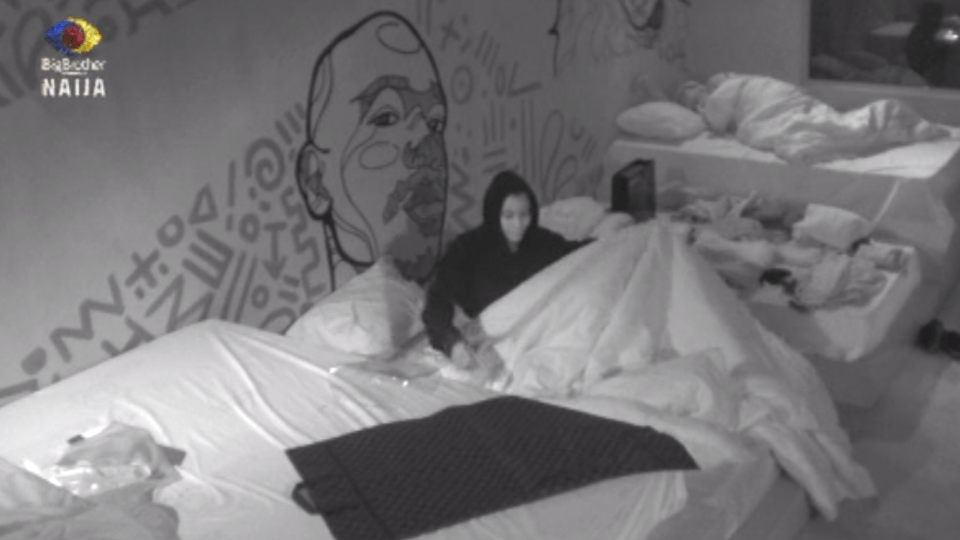 “Why are you people acting weird,” she asked Whitemoney and Emmanuel who had woken up and were also questioning her about where she was. She went about recounting everything they did while she wasn’t allegedly around including Whitemoney suggesting she was a fake Housemate. Angel also stared at her in disbelief and asked where she was when Biggie called her to the Diary Room. She replied that she was in the toilet. Not buying her answer, Angel responded that she was glad that she was back from wherever she went.

Saga soon relocated from the lounge back to the bed next to Nini. He also has more questions, but for now, he's just glad his 'friend' is back. 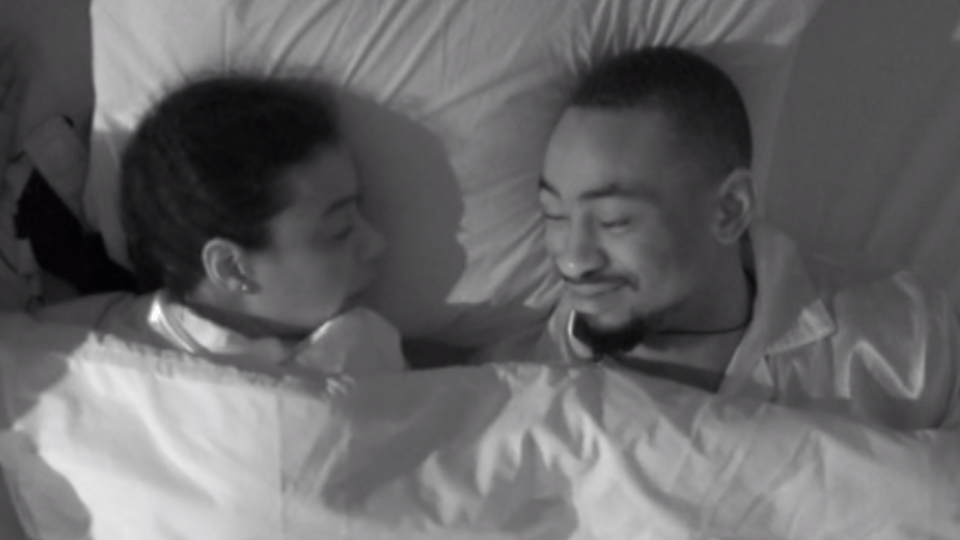 A shocked Cross let out a yell on sighting her later that morning and reached for a hug as he asked where she had been. He too didn't buy her excuse but he was so relieved to see her back. During breakfast, Liquorose poked holes in Nini's alibi as she and the rest of the House weren't fully convinced she was in the House like she claimed. Whitemoney explained that the reason he suggested she was a fake Housemate was because that was the only way he could find closure. Her absence really messed with his mind and the only way he could deal with it was to convince himself that she was fake.

Video
Day 1: Housemates reflect on being in the house– BBNaija
Pharmsavi, Phyo and Christy O reflect on the surreal feeling that comes with being chosen as the BBNaija Season 7 Housemates. The excitement is palpable!
Video
Day 15: Week two in the Level Up House – BBNaija
Ships grew, strikes were issued, and the gist was shared. Week two in Biggie's House has not been without any entertainment as Housemates do all they can to stay in the House till the final day.
News
Day 58: Nini clarifies the video revelation – BBNaija
Nini provides more context to her conversation with Saga underneath the sheet.
News
Day 38: Nini and Saga apologise to Biggie – BBNaija
Both Housemates are quite remorseful for their questionable behaviours.