News
23 September 2021
The House received an interesting Task that had them ready to question just how well they really the Hawaii soap and each other Housemates.
Subscribe to watch

Today was all about experiencing Hawaii and through the Task designed for the Housemates, they took deserved trip to Hawaii in Big Brother’s House. To help do this, Housemates received customized Hawaii travelling boxes for this trip.

In each of the boxes, were travelling essentials to use during the Task including a passport. The Hawaii variant you found in each box represented the team each Housemate will be visiting Hawaii with. This means your team members for today will be the housemates with a similar Hawaii variant in their box. The team names are: 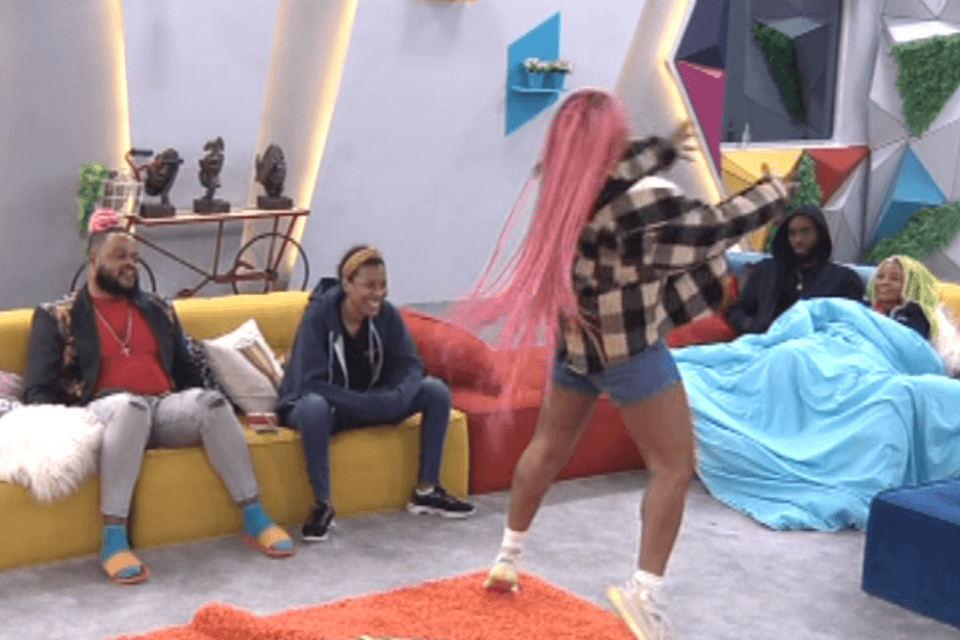 For the first part of the Task, Housemates took on the Hawaii Trivia and the “Housemate once said” Challenge. If you can guess, well, they were more prepared for the Hawaii Trivia than the whose line is it anyway? In this Challenge, one ballot box and one sand bucket bearing questions were provided for each team. The questions contained in the ballot box were centered around the team’s Hawaii variant, which is also the team’s name. In the sand buckets, were questions meant to test each team's knowledge on how well they know their fellow Housemates. Each question from the sand bucket contained a statement made by one of them – each team was simply required to do is guess the Housemate who made the statement when the question is readout.

After spending a long time together in the House, it seems the Shine Ya Eye geng was more prepared for the Hawaii Trivia than a game of "Housemate once said" Challenge.😂 We don't blame them though, however, the most hilarious was when the people whose written quotes were read to them, couldn't remember what they had said which gave us a lighthearted chuckle. From the sensational "You can disrespect me but the Emblem on my neck represents authority" which the Housemates were quick to decipher as a Pere Quote to the charming quotable "I do not like to play with my emotions because when I love, I love deeply" which Angel thought sounded more like a Boma quote. However, the iconic quote from this Challenge was Queen's quotable statement during one of the heated fights and the Housemates couldn't help but scream her name the moment Saga read  "Who do you think you are, this is not your House, this is Biggie's House!" 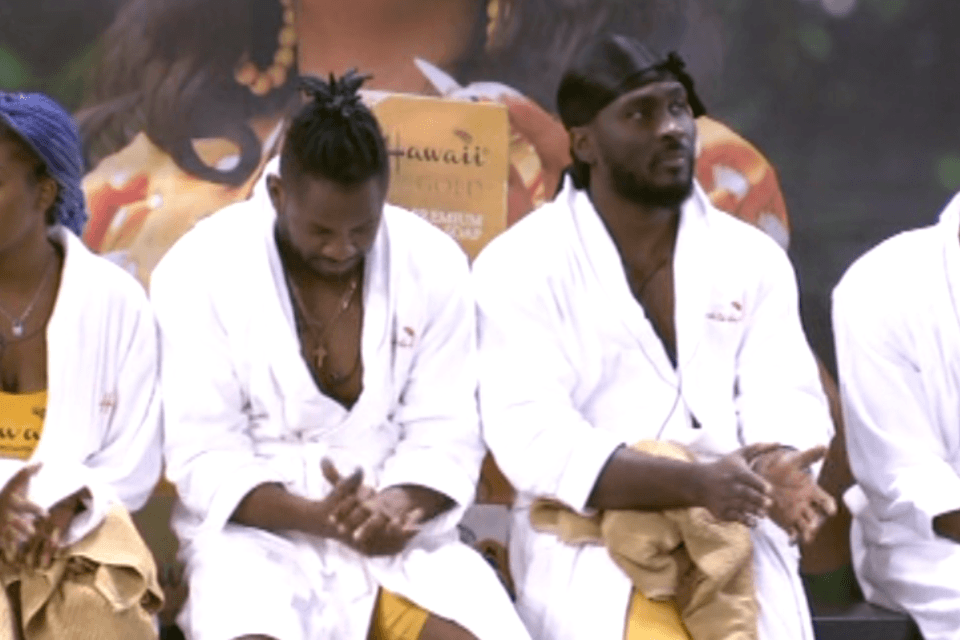 In the Arena, Housemates were given Four activities for the Hawaii Task. For this part of the first activity, each team had to solve a jigsaw puzzle in five minutes. The team that solved their puzzle in the fastest time would win this round with 20 points. While the second and third teams to finish their puzzle earned 15 and 10 points respectively. While other teams tried to get all hands on deck with the puzzle pieces some Housemates cleverly tasked one Housemate to hold out the image and ensure that they put the pieces together. However, Team Papaya with Saga, Emmanuel and Queen were the first ones to complete the puzzle and Team Carrot finished second while Team Gold laboured a few more minutes behind and finished last.

The Dunk and Dive 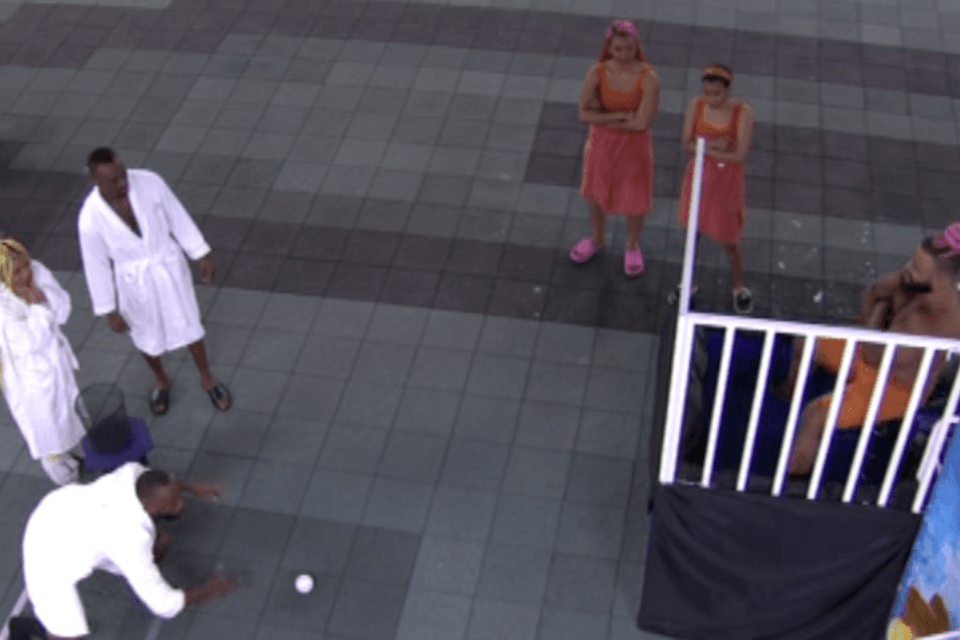 For this game, teams had to dunk their opposing teams into the Hawaii Dunk tank. This meant, when it’s their team’s turn to play, Housemates must select an opposing team, and the members of that team take turns to sit on the Hawaii dunk seat. At the sound of the buzzer, the playing team used 10 balls that were provided to hit the “Splash ME” target in front of them. By hitting the target the Dunk Tank would release the trigger which enables the other team’s member on the dunk seat to fall into the water to score 2 points for each time this happens. This Task took us to the Theme park and back and we loved every moment of excitement. 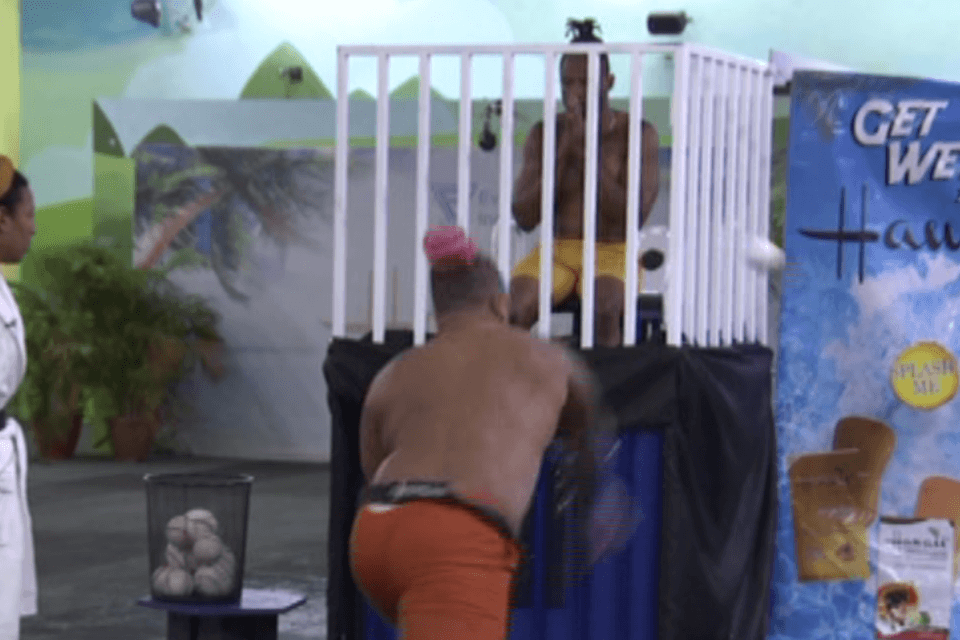 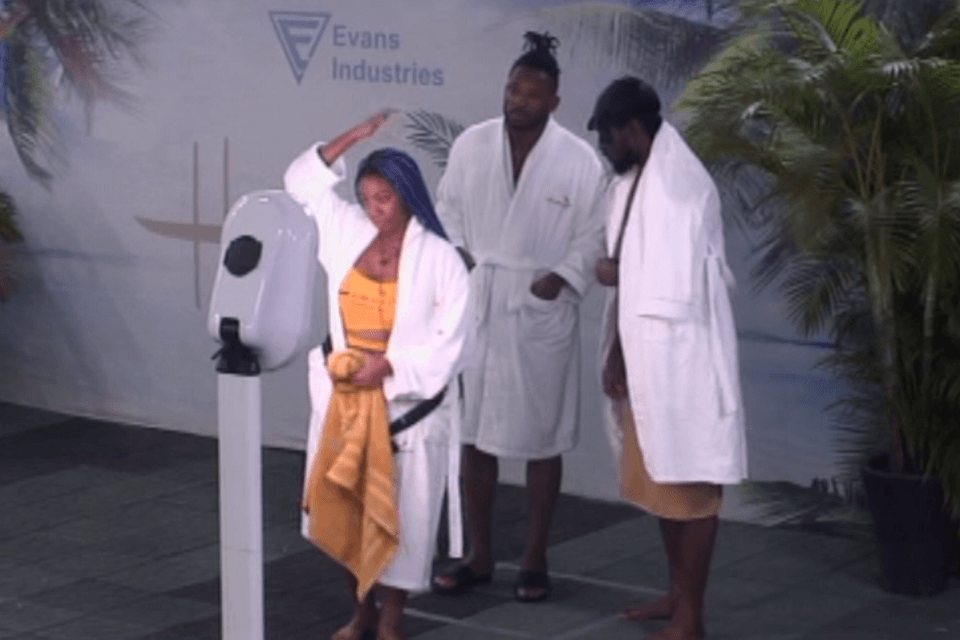 Is it really a vacation if there's no picture to back it up? Well, Hawaii took this up a notch and ensured that the Housemate's vacation received the same immortalisation by creating a photo moment for them to memorialise their trip – after all, what’s a vacation without pictures? One team after another, Housemates were given two minutes to take as many pictures as they would like using the provided Hawaii selfie machine. The futuristic photo machine had the Housemates wondering how they operate it but once they knew how to do so the Housemate worked every angle they could serve and we ate it all up. We are here for the poses. 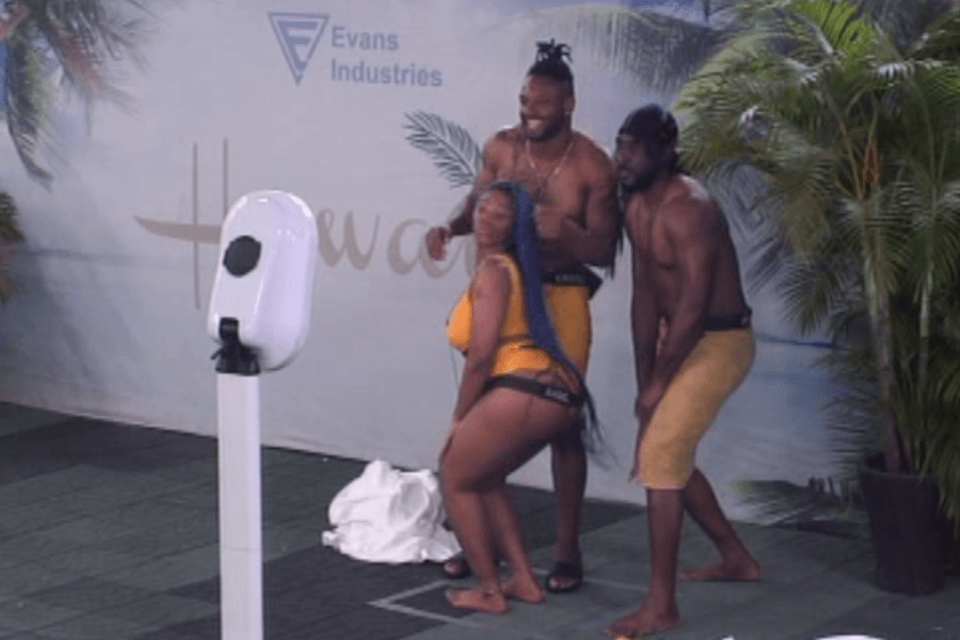 Video
Last round with EmmaRose – BBNaija
Tega confronts Pere about his lack of support for her. Cross apologises to Saskay and EmmaRose explain their relationship one last time.
Video
Tega and Boma come clean – BBNaija
While Tega explains her marital status and the perceived scandal between her and Boma, things between Beatrice and Maria become almost physical.
News
Day 31: Team Hawaii Carrot wins Ekulo Task
Having concluded their song presentations, the Lockdown Housemates proceeded to take on the second Task of the day, courtesy of Hawaii Nigeria.
Video
Day 61: Cross, Pere and Angel's fruity debate – BBNaija
Angel tries to convince Cross and other Housemates that a Papaya and a Pawpaw are the same but Pere's intervention falls on deaf ears as Angel seeks help from other Housemates.