News
22 September 2021
Nini's top-secret Task has the Housemates bewildered and coming up with assumptions.
Subscribe to watch

Did we not tell you that this is the Shine Ya Eye Season? If you still had questions about what’s next, Biggie has responded with an unexpected prank that has the Housemates scratching their heads and shedding some tears and we see no end to it.

Nini took off last night to carry out a top-secret mission that Biggie asked of her and her disappearance has become a major topic of discussion in the #BBNaija House.

Nini swiftly exited the main BBnaija House as per the instructions she received from Big Brother. Once she was on the other side in a white secret room she got herself comfortable and ready to watch the events of the day on a television screen provided to her. This way, she would be able to keep up with the conversations happening in the House.

Once Nini was nowhere to be found, it is to no surprise that Saga was the first to notice it. After realising her absence, he embarked on a thorough search that took him to every corner of the House. Whitemoney and Queen joined to help out with no luck. Pere and Cross joined the search party at Saga’s beckoning and it is safe to say everyone was and is still bewildered. Saga knocked and knocked on the Diary Room door with no response. The Housemate resorted to grabbing a duvet and sleeping by the Diary Room door perhaps hoping that Nini would miraculously walk out of the longest Dairy Session ever.  Emmanuel and Liquorose attempted to knock at the Executive Lounge door to no answer and the Head of House was not comfortable to go sleep until they found Nini. Liquorose seemingly had a feeling about the truth of the Task and suggested that Nini was probably watching them on-screen last night.

After a failed search party, the assumptions of what happened to Nini have started flying around. Angel was certain that Nini was probably in the Executive Lounge or the Diary Room. “She had said we make too much noise and she needs some alone-time,” Angel added. She also speculated that Nini probably took a Voluntary Exit possibly for mental health reasons, while Pere thought this was all a prank as someone who has been involved in one of Biggie’s twists this Season.

In the morning the Housemates were bothered about Nini’s lack of return. Angel and Queen were calling out to her saying they missed her and the guys were gisting about more theories on Nini “MIA”. They are worried about Saga and how he is dealing with the whole situation. They worry he might even consider Voluntary Exit. Cross is certain that Saga and Nini had an altercation or disagreement last night. “It wasn’t pleasant and I think it was hurtful” according to Cross. He added that Saga’s face wasn’t happy after a conversation he had with Nini. He thinks Saga said something unpleasant to Nini that made her want to leave the #BBNaija House. On the other hand, Pere maintains his stance convinced it’s all a prank until Biggie comes to announce Nini’s departure. "Big Brother sees all," he reminded Cross. 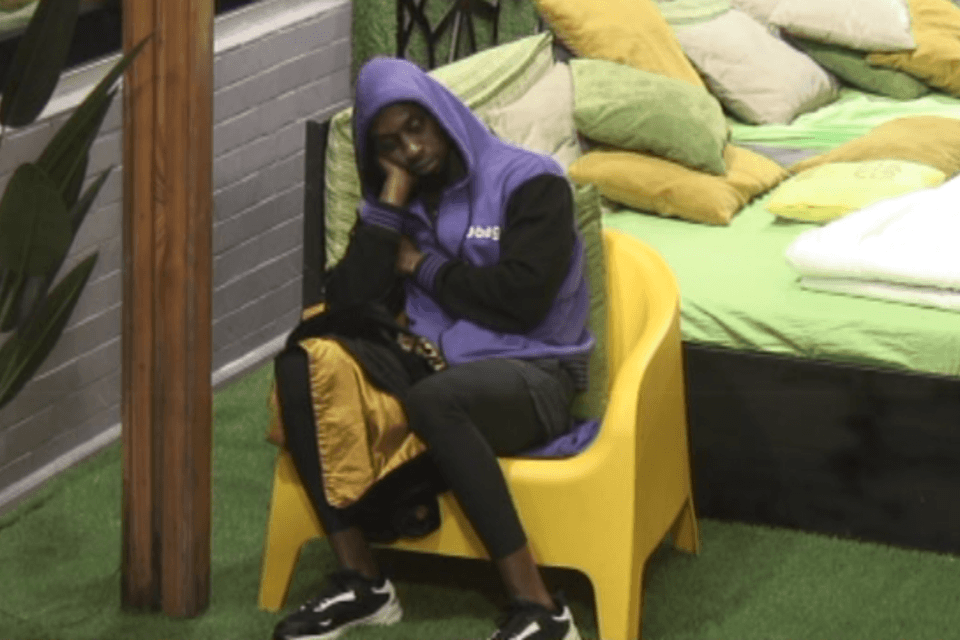 With a little less than half a day to go for this prank, do you think Saga will eventually find the strength to another day in the #BBNaija House as normal as possible? Do you think this prank might even change the dynamics between the SaNi ship forever?

Video
Day 11: Level 2 Housemate's sporting event task – BBNaija
BBNaija The Big Brother Naija Level 2 Housemates brought energy and creativity to their football Task Presentation today.
Video
Day 15: Week two in the Level Up House – BBNaija
Ships grew, strikes were issued, and the gist was shared. Week two in Biggie's House has not been without any entertainment as Housemates do all they can to stay in the House till the final day.
News
Day 60: Nini escapes to the Secret Room, chaos ensues – BBNaija
Nini carries out Biggie's Task successfully, leaving Saga inconsolable.
News
Day 59: Nini's Secret Task – BBNaija
Biggie is about to rock the #BBNaija House with a disappearing act