News
20 September 2021
Emmanuel wins Ultimate Veto Power, picks Liquorose as Head of House and brings Cross along for the ride!
Subscribe to watch

Unlike the usual HoH Games, the Ultimate Veto Power Game was a simple game of points. Each Housemate was expected to gather as many points as possible and at the end of the game, the one with the most points would win Ultimate Veto Power. In case there was a tie (which there was) a sudden death game would be played to determine the ultimate winner. The winner of Ultimate Veto Power would then get the opportunity to pick a Head of House, as well as a Deputy Head of House; both of who would also be guaranteed Immunity from Nominations.

There were four obstacle lanes. Each course was a simple lane and each Housemates' challenge was to move an object from the beginning of a lane to the end of the lane. The objects were coloured ping pong balls and in Lane Three a set of balloons. Lane One gave 10 points for every successful Orange ball they were able to move from the beginning of the lane to the end of the lane and into the basket.

Lane Two gave 30 points for each white ball, while lane three with balloons gave 50 points. For this final lane, Housemates got 80 points for every black ball they successfully moved into their basket. Biggie's catch to the Games was Housemates would compete for the UVP one by one in the Arena, unlike the usual HoH Challenge. 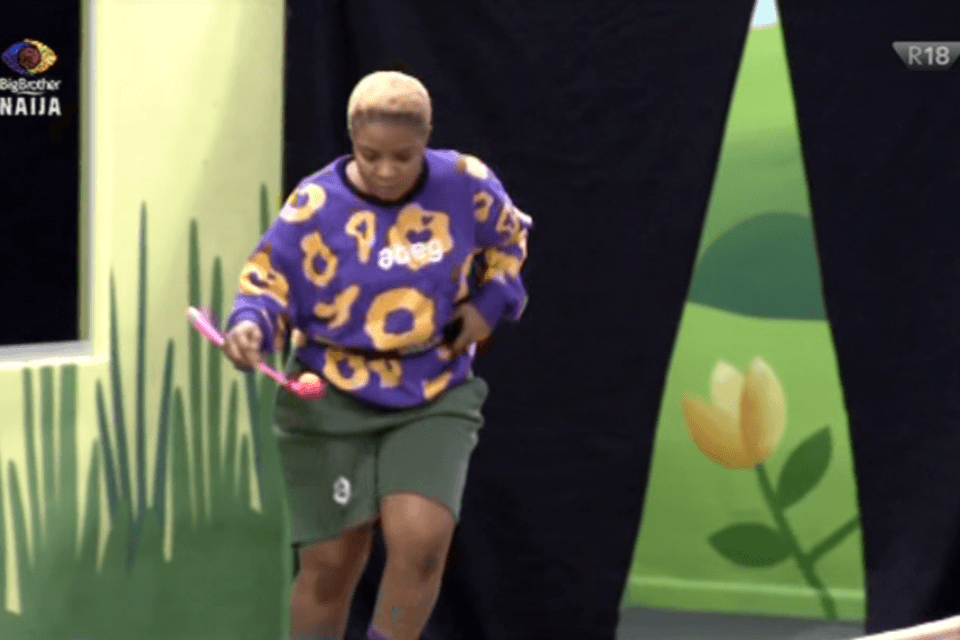 Saga was the first Housemates to take on the Obstacle Course in Lane three. His brisk movement across this lane had him score three balloons in total before the buzzer sounded making his total points 150 in counting. However, Queen picked lane one with the Orange balls and showed off her skills as she walked that beam, Biggie had to remind her to walk not walk the beam back to pick more balls but Queen's focus had her head in the game and not even Biggie's voice could interrupt her – she scored five Orange balls in her basket putting her total points at 50. 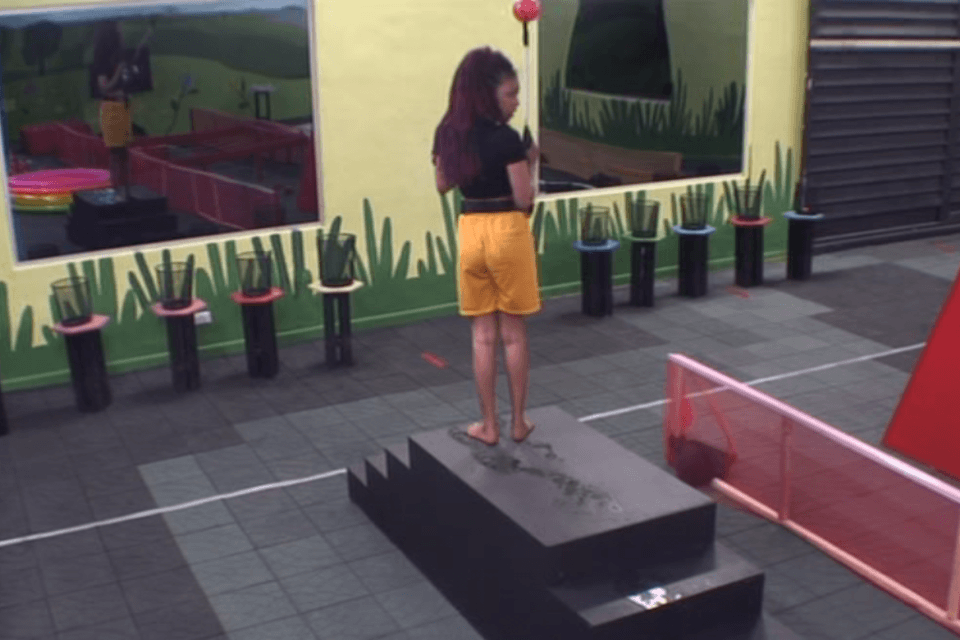 Whitemoney struggled at first to pick a lane in his first three attempts, however, when he finally found his footing he went straight for Lane One and quickly scored himself a whopping 10 points for successfully moving one Orange ball. Liquorose and Pere picked Lane Four with the highest scoring points per black ball, both of them are tie at 160 points each. Nini and Angel tried their best to make it through but laboured through the course – at least Nini has Saga while Angel has one black ball and one orange putting her points at 90. 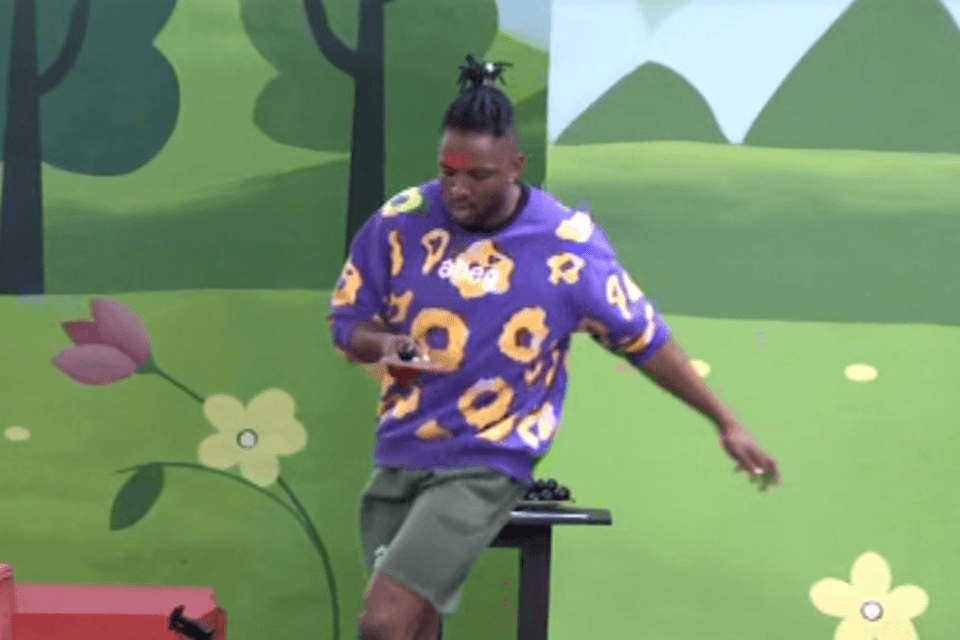 Emmanuel and Cross on the other hand rolled up their sleeves for Lane Four and showed up for this Ultimate game, their competitive run had the two of them scoring four black balls each, putting their total leading points at 320 each. Biggie quickly moved them into sudden death for their final showdown by decommissioning Lane Four, Cross and Emmanuel had to choose any lane besides their previous lane. Emmanuel picked Lane Three with the Balloons and managed to put three balloons in the basket giving him an additional 150 points. Cross's turn took a disappointing turn as he struggled to put balloons in his basket, however, he ended his run with 50 extra points. 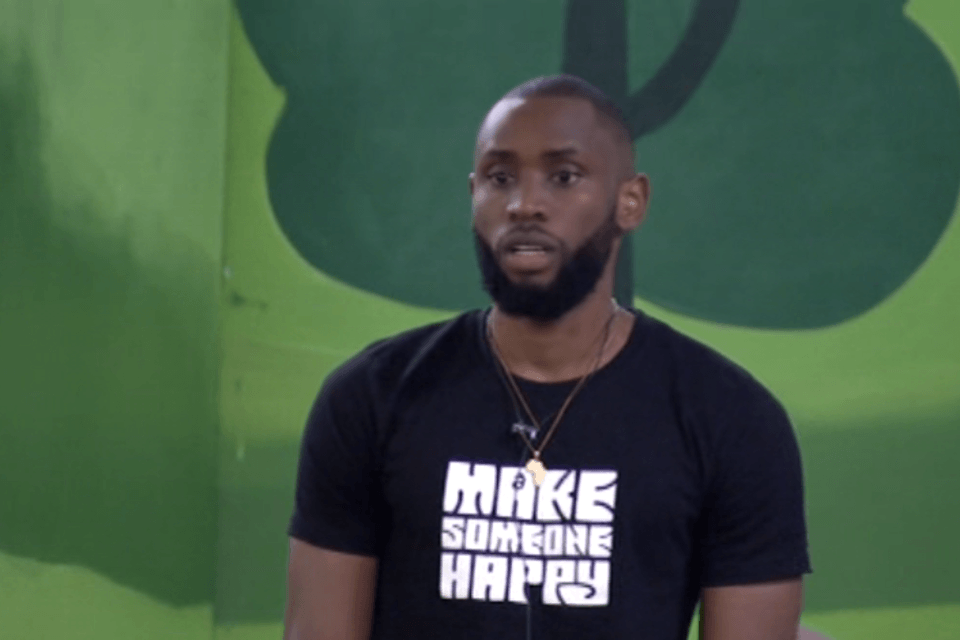 Whew, the game's afoot and we are here for all these wins.

Video
The gbas gbos is loading – BBNaija
BBNaija Shine Ya Eye Housemates are back and they brought vawulence and drama with the meanest gbas gbos you can ever ask for. Get ready for drama like no other.
News
BBNaija ‘Shine Ya Eye’ Reunion Premieres June!
More drama in the BBNaija ‘Shine Ya Eye’ Reunion this June!
News
Day 51: A tense Nomination round – BBNaija
Tensions are flaring, new dynamics are emerging and another set of Housemates have been Nominated for possible Eviction.
Video
Day 58: The Ultimate Veto Power Games – BBNaija
The BBNaija Housemates were up and ready as they tried their best to win the Ultimate Veto Power for the season.