News
19 September 2021
The Housemates have their fish taken from them and they seem unbothered.
Subscribe to watch

When Biggie gave the Housemates their pet fishes, there was excitement, confusion and fear amongst the Housemates but they eventually grew a bond with their fishes. The Housemates were seen often feeding and tending to their fish and even having conversations with them.

Some of the Housemates were skeptical about taking care of the fishes because they had never done so before. Barely a week into receiving their pet fish, Cross lost his fish Targeryan. This made all the Housemates alert and more careful at looking out for their fish. Queen eventually lost hers as well and on Friday night, the Housemates experienced another fish death scare that had them shook. 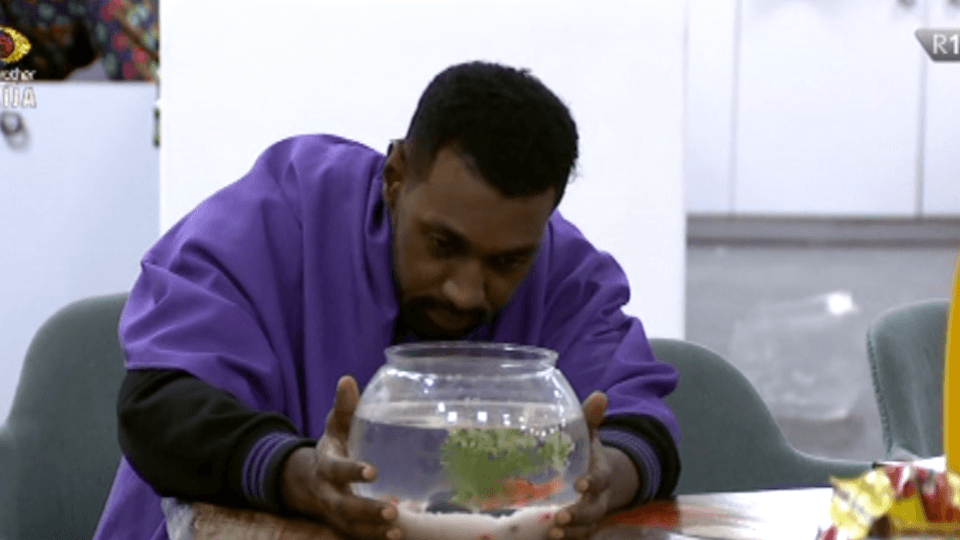 Right after their Task on Friday, Saskay, Liquorose and Yousef experienced some anomaly from their fish. They believed their fishes had fallen ill as they were not as active as they ought to. They also noticed a funky smell coming out of the water and this got Cross believing death for the fishes may be close by. According to him, his fish pot had the same bad odour that accompanied the death of his fish.He and Nini suggested that the Saskay, Yousef and Liquorose change the water in their fish bowl to see if it may lead to an improvement in the health of their fishes.

This was later done on Saturday but it seemed the trick worked for only Liquorose and Saskay’s fish as Liquorose’s kiss passed on in the early hours of the morning. Liquorose felt bad about this and went to bed sobbing. Emmanuels was of course by her side to comfort her. 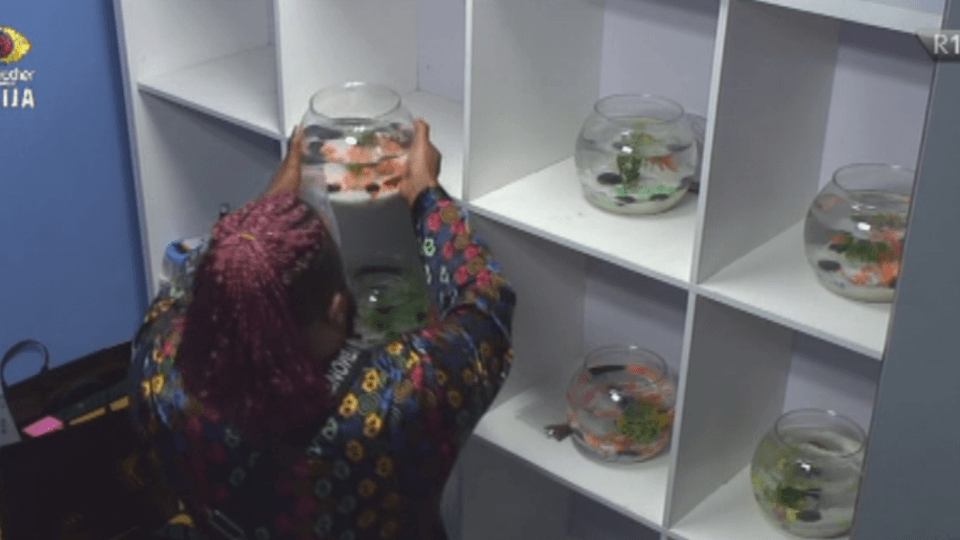 Today, Biggie requested that all the Housemates return their fishes. The announcement came as a surprise to all as it happened while some of the Housemates were busy with their morning chores, some asleep while others were in the salon. When Whitemoney made the announcement, he said that Biggie told them to say their goodbye’s and take their fishes to the Store Room right away.

Day 46: The goldfish speak in a special Diary Session! – BBNaija

Pere proceeded to have little conversations with his fish while he fed it for the last time. Meanwhile Nini was pleading that her fish be left behind because it was not ill. Whitemoney went ahead to feed his fish as well. Angel, who has been very close to her fish, also went to drop her fish without any ceremony. So far no one has displayed any awkward behaviour over the loss of their fish but we can’t wait to see if all they are having is delayed response to the present reality.