News
18 September 2021
The Housemates are getting paranoid about the health of their pet fish and it's quite hilarious.
Subscribe to watch

Ever since Biggie provided the Housemates with pet fishes, they have nurtured, fed and grown a close bond to them. Some even have regular conversations with their fish making them some sort of an ‘emotional support’ pet.

Day 46: The goldfish speak in a special Diary Session! – BBNaija

So it does get a little gloomy when any of them loses their fish. The first Housemate to meet this unfortunate incident was Cross who lost his fish Targeryan to the cold hands of the fish ‘grim reaper’💀. Queen also had the unfortunate event of losing Green and this got a lot of the Housemates alert. Ever since the loss of these pets, the Housemates have been wary of their fishes, trying to make sure they take care of them as best as they can. Nobody wan hear tory😂.

Day 51: Something fishy is going on – BBNaija

Last night Saskay and Liquorose got a very huge scare when their fishes displayed signs that they considered symptoms of ill health. They both complained about their fishes not moving as they ought to and felt it was a sign of death was coming. 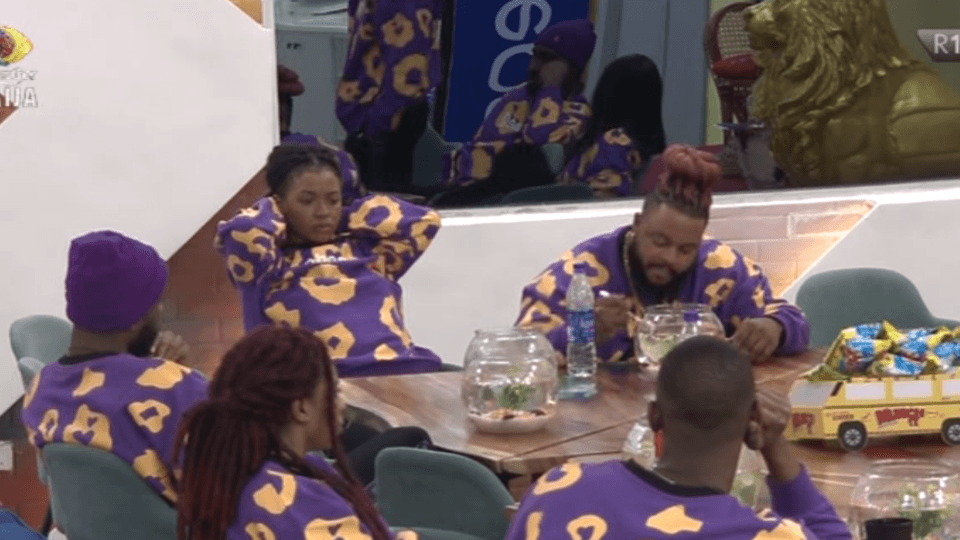 While all this was going on, Angel and the other Housemates checked on their fishes to make sure all was well😆. So what’s your take guys? Do you think any of the fishes will stay alive till the last day of the show?

Video
Day 11: Christy O expresses disappointment – BBNaija
BBNaija Level Up Housemate Christy O queries Pharmsavi over his attitude the previous day and what he was going to do to make it up to her.
Video
Day 10: The jogging Task– BBNaija
Biggie puts the #BBNaija Level Up Housemate to a little sporting activity as they carry out a jogging Task that involves them jogging around the House throughout the day. This means they have to jog whenever they move around to perform any activity in the House.
Video
Day 56: Cross power meal – BBNaija
Cross always leaves the audience astounded by his meal choice and this breakfast was no different.
Video
Day 56: Queen's VIP list – BBNaija
Queen has a list of Housemates she plans to do naughty things and what better time for a roll call than now.