News
15 September 2021
Cross and Angel are turning up the heat this week with their sexy shenanigans.
Subscribe to watch

On some days, Cross and Angel wander into the dangerous grounds of a sensual beneficial partnership – and whether it's real or just part of the game, remains to be seen. Last night was one of those times as they both shared a passionate kiss that made us clutch our imaginary pearls.

This isn’t the first time they have both given it a 'go' in full view of the cameras. They were recently locked in a passionate kiss immediately after the Saturday Night Party. However, last night was the most passionate we’ve seen them.

In a conversation with Yousef earlier in the evening, Angel said she does not like Cross in a romantic way and was trying to avoid Cross because she does not want to end up in a situation where it looks like she does not know her place. She mentioned how she had a conversation with Saskay after Jaypaul had given her flowers – and Saskay mentioned she and Cross had made plans to try and give it a shot outside of the House. Angel said this had made her consider pulling back in order to avoid complications.

After her conversation with Yousef, Angel told Cross she wouldn't be talking to him anymore and needed him to stop touching her. Although she was clear in her conversation with Yousef, Angel didn't tell Cross why she had come to this decision. she only told him how she wasn't interested in pursuing a romantic relationship with Yousef, perhaps clearing the way for Cross? Cross was able to disarm her and managed to work on her hard enough to get a passionate kiss, following that revelation. 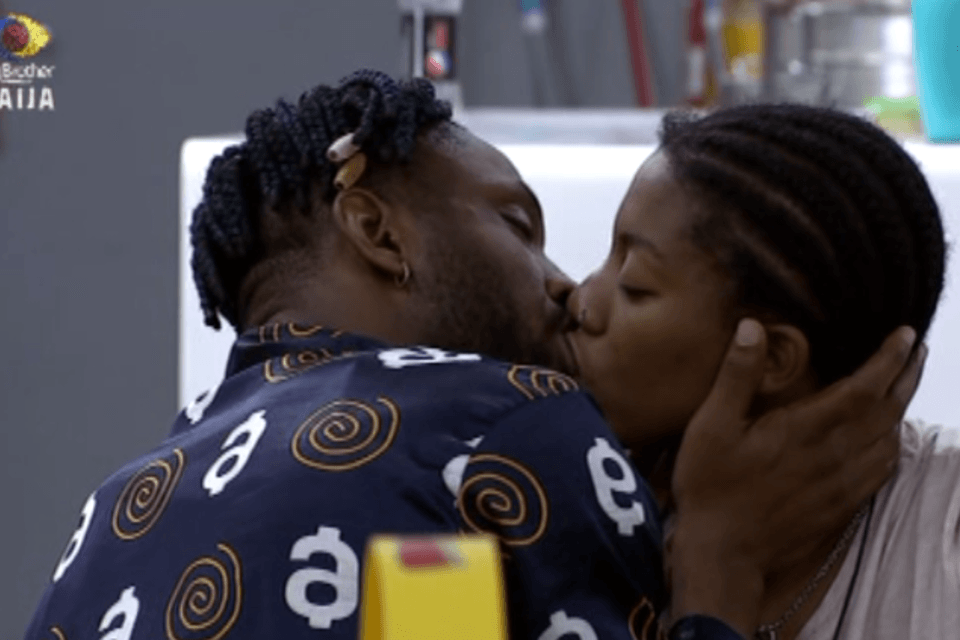 Cross brushed his hands through Angel's cornrows and pressed his lips against hers and they both immersed themselves in the pleasure of their goodnight kiss. The scene was so intense it had us wondering if they would be taking this action further than the dining area. Angel seemed taken aback by the kiss too and seemed to enjoy it immensely. Later, Cross shared a bed with Angel, but not before having a conversation with Saskay (his other love interest). 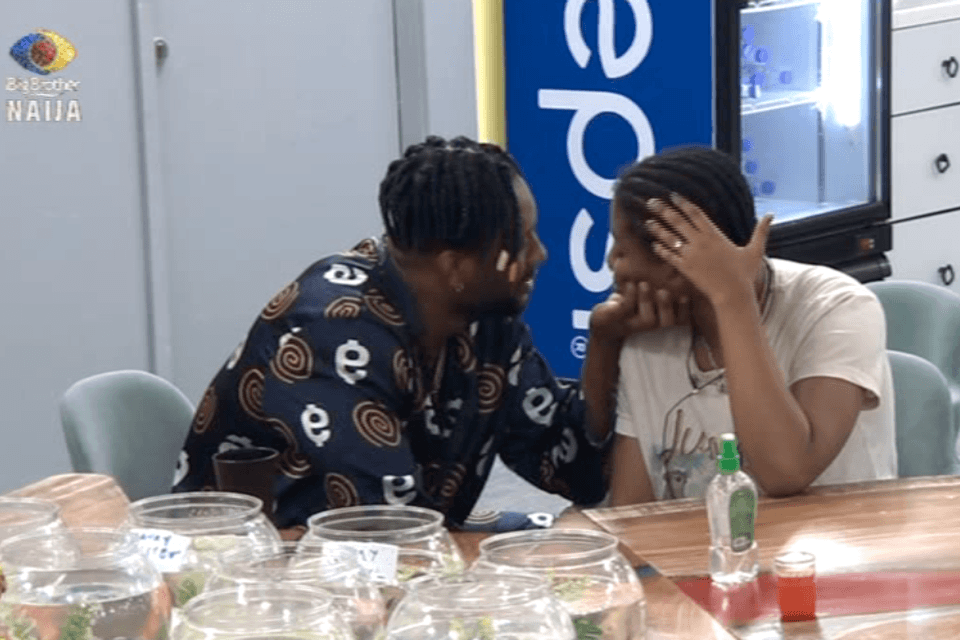 Angel had been moody and teary all morning and perhaps this was the ‘pick me up’ she needed, or she just wanted something passionate with her “best friend”? 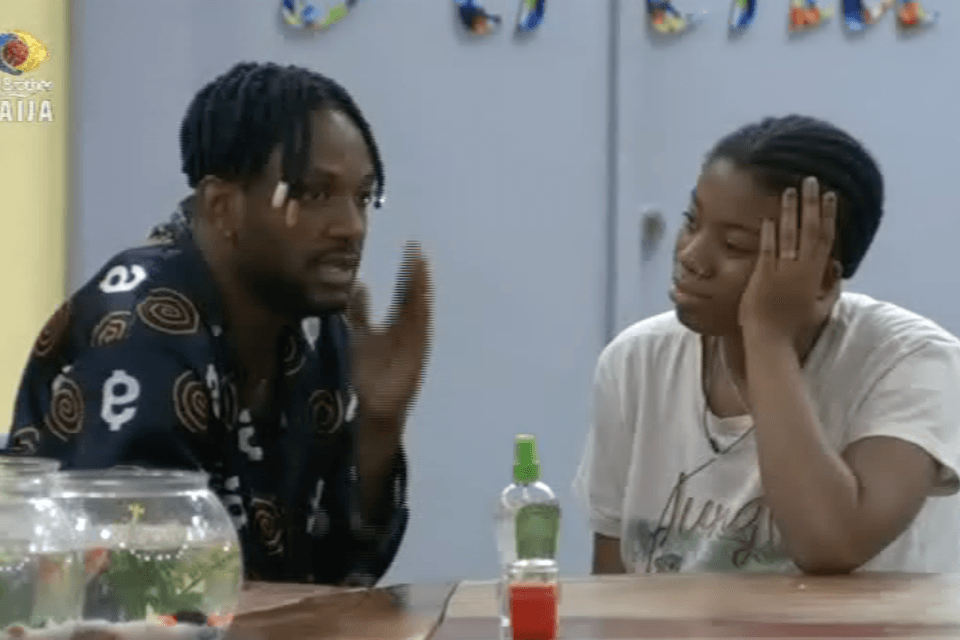 Cross seems to find himself in triangles in the BBNaija House now, with Yousef being interested in Angel, he made sure to inform Yousef that he’s not willing to fight for a woman and went on to explain that Angel is a cruise mistress and he doesn’t see any future with her. However, he encouraged him to pursue her if that’s what he wants.

Video
Day 12: Who has shared a kiss so far?– BBNaija
Romance has been brewing in Biggie's House, some Housemates being dared to kiss, while others are too shy to leap, or possibly playing hard-to-get?
Video
Day 7: Amaka is not in the sharing mood – BBNaija
BBNaija Level 2 Housemates were at a deadlock today when they were doing their weekly shopping thanks to Amaka who refused to contribute N300. She butted heads with Bryann who called out her behaviour and Ilebaye tried to calm the situation.
Video
Day 50: Love is in the air – BBNaija
It's a turning point for what used to be a love triangle for these shippers and we are excited to see their new and blossoming connections.
Video
Day 53: Yousef clarifies the feelings – BBNaija
Yousef clarifies his feelings for Angel to Cross. However, Cross calls Angel a cruise mistress and there's nothing much to their situationship right now and encourages Yousef to pursue Angel.