News
16 September 2021
Judgement has been delivered on the Secret Task given to Liquorose and Saga to fight with their Shine Ya Eye partners and ignore them for 48 hours.
Subscribe to watch

At Tuesday's Diary Sessions, Biggie gave Liquorose and Saga a Secret Task that could secure them the bag 💰, specifically 200 Abeg Naira and 100 BB Tokens.

When Biggie gives you a Task, you must do your best to execute it. This is one lesson that some of the ‘Shine Ya Eye’ Housemates still have not learned, by some we mean Saga 👀.

Biggie instructed Liquorose and Saga to start a fight with their 'special' friends Emmanuel and Nini respectively and avoid speaking with them until the next Diary Sessions. Both Liquorose and Saga agreed to carry out the Secret Task but unfortunately for our friend Saga, Nini holds his mumu button and Nini is more important than the bag 💰.

Liquorose had been consistent with carrying out the Task but Saga failed woefully. Just after one day of avoiding Nini, he couldn’t help being far from her and spilt all that Biggie had told him to do in the Diary Sessions 😩.

Early this morning, Saga started facing the repercussions of his actions when he and Nini received a rude shock after their early morning workout. Their fellow Housemates woke them up from a light slumber to a messy garden with a note which read that he and Nini were to clean the garden until it was clean. 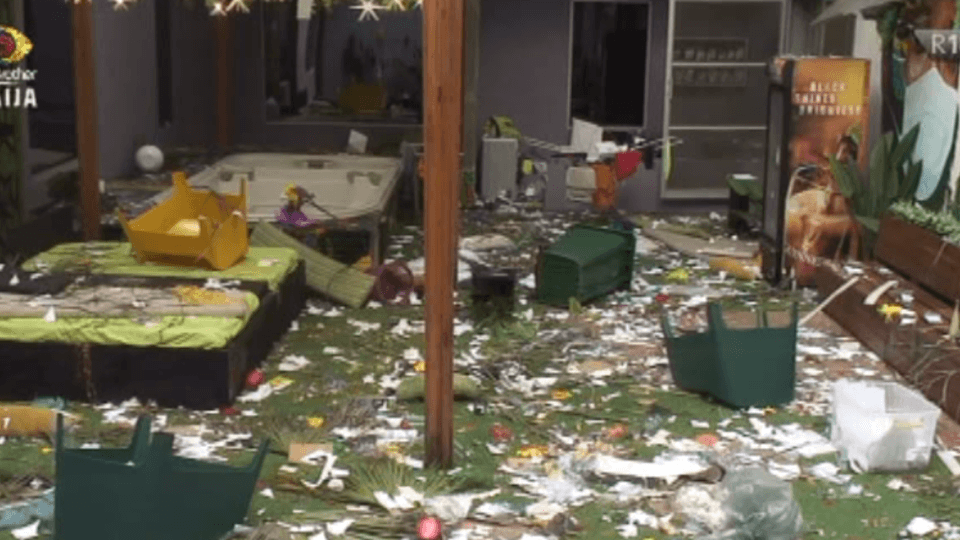 This evening Biggie called the Housemates into the Lounge and played a video of Saga and Liquorose accepting the Task. He also showed both of them carrying out the Task and how Saga succumbed to his longing for Nini and revealed the details to Nini before the appointed time.

Liquorose on her part was seen to have carried out the prank almost flawlessly if not for one moment where she almost faltered. When was this you ask? Well during one of the 'eight times' Emmanuel spoke to Liquorose, he gave her a kiss on her forehead and this babe just went dead silent and rested her head on his chest.💀 Omo! That is how she wanted to cast Biggie but she managed to put herself back together and continued with ignoring him.

This love matter no easy 😄. In Biggie's clips, we also get to see Emmanuel as he struggled to understand Liquorose's sudden change in attitude.

Emmanuel seemed like a lovesick puppy who was lost without Liquorose. Thank God Biggie came to save the day. We can only imagine what would have happened to him if Biggie had extended the duration of the prank.

We are getting side-tracked, back to the judgement.

Biggie advised them to use the prank to test certain aspects of their relationship. To help with this, Biggie rewarded them with an exclusive Dinner for two in the Executive Lounge for two hours. Food and drinks were going to be provided and what did the ship of the moment have to do? Dress up and show up. The dinner will take place after their sponsor Task.

Video
Day 54: Gist was the order of the day – BBNaija
Dotun and Daniella found time to get into playful banter while the rest of the Housemates prepared for the weekly Wager Task while sharing gist about their counterparts.
Video
Day 54: Rapunzel, rapunzel, let down your Lush hair – BBNaija
Housemates participated in a Lush Task that saw them go through five Tasks, with a winner for each round, and one ultimate Task winner.
Video
Day 53: Emmanuel is frustrated by Liquorose – BBNaija
Emmanuel confides in Cross about Liquorose being distant to him and he's convinced that she's upset with him.
Video
Day 66: Liquorose and Pere reflect on mistakes – BBNaija
Liquorose and Pere speak to each other about actions they have carried out in the BBNaija House that they regret.