Day 52: How are the Housemates feeling? – BBNaija

News
14 September 2021
The Nominations brewed different expressions of emotions in the #BBNaija House.
Subscribe to watch

The remaining BBNaija Housemates have a lot of emotions to process right now. From others like Whitemoney and Queen who are celebrating, to Saskay, Cross and Angel who are sad and Nini who is apologetic. The geng also received a heartfelt video message from Kayvee who left the House a few weeks ago for health reasons. This was enough to make one of the tough ones like Emmanuel shed a tear. 😢

Emmanuel was teaching Liquorose how to make okro while they were bonding back in their blue bedroom. They keep giving us all the sweetness the EmmaRose Shippers desire despite the dull energy in the House. The pair seems happy and excited for the week ahead. Emmanuel was reminiscing about the first day the Shine Ya Eye girls got into the House and mentioned that he had not noticed Liquorose while they were all hanging out in the Garden during his second night.

At some point during their flirtatious conversations, Emmanuel got off from Liquorose’s back and she exclaimed receiving a hilariously inquisitive response from him. “What do you want? Massage? With clothes on and dry skin?”

Whitemoney and Queen enjoyed the Executive Lounge last night with Cross and Yousef as their company to enjoy the movie reward. What started off as a relaxed movie night, with each to their own, was switched up about halfway through the movie. Queen joined Cross and Yousef on the floor and a few minutes later, slowly slipped under his arms for a warm cuddle. This sight gave us Deja Vu vibes of the scenes from the Friday Night Jacuzzi Party. Queen had selected Cross to enjoy the Executive Lounge since his favourite food was not served tonight – chicken, pizza, and all the other “healthy” food he misses. 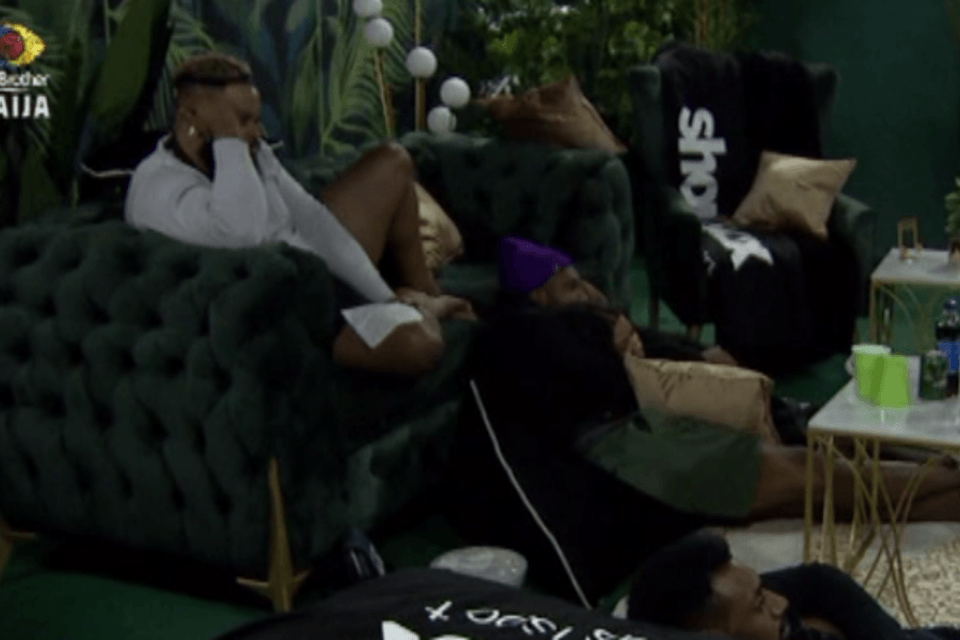 A bitter one for two

After being Nominated tonight, Saskay and Angel had a deep moment of reflection together. Saskay shared with Angel that she had once told Biggie that entering the BBNaija House is the biggest thing that has happened to her. They are pretty much stressed out about their fate in the House. Saskay feels that the pet fish that Biggie gave them doesn’t help much and Angel agreed with this. They are also just tired of having to entertain conversations with people in the House and having to continuously take part in Tasks and competitions.

Day 51: A tense Nomination round – BBNaija

Everyone feels and looks tired! After enjoying the Showmax movie, Cross told Pere that he feels “mentally drained” now. Could this be the Nomination replacement effect because his energy was very different after Sunday’s Live Eviction Show? Meanwhile, in the luxurious HoH bedroom we heard, “Wow, Head of House room, we are finally here,” from Queen after she enjoyed a few minutes in front of the mirror.

Besides all the worry and tension in the #BBNaija House right now, we can at least consider Cross and Yousef’s enjoyment of the Executive Lounge, “The silver lining on the cloud.” Nini had a one on one with Cross to clear the air after replacing herself on the Nomination list with him. She tried to explain that she believed he would be safe and he would come back, and they hugged. He told her that he thought Nini winning the Veto Power meant that he would be safe, but the opposite happened. 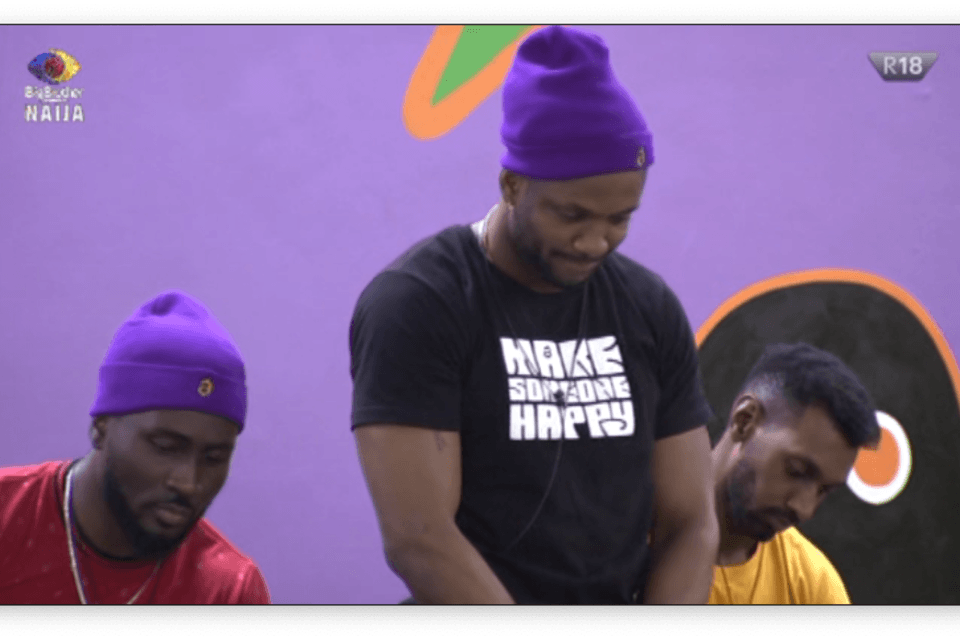 Video
EmmaRose dive into the Dubai fiasco – BBNaija
Liquorose and Emmanuel explain how the events that went down in Dubai became the catalyst for their breakup.
News
Shine Ya Eye Housemates tease us with Reunion tea – BBNaija
An exclusive first-look at the eagerly anticipated Reunion.
News
Day 49: How are the Ships doing? – BBNaija
Some Ships have been sinking and other Ships are floating into the sunset.
News
Day 62: A surprise feast for the Housemates – BBNaija
After a stressful week, Biggie surprised the Housemates with a delicious buffet.