Day 51: Lost love and matters of the heart – BBNaija

News
13 September 2021
While a #BBNaija Housemate receives succour for losing a loved one to Eviction, another needs to clarify matters of the heart.
Subscribe to watch

As with every other Eviction in the House, some Shine Ya Eye Housemates did not take their fellow Housemates' departures well. Thankfully, they have all developed the habit of reaching out to one another, particularly the Housemates who are most affected. Two particular Housemates gave themselves a cool name as they went about consoling hurt Housemates.

Meet Team Emotional support
Saga and Nini called themselves Team Emotional Support and their first port of call was Saskay who just watched her romantic interest, Jaypaul get Evicted from the House. They initially said they had a skit prepared but they ended up telling her to hang in there and reminded her that they were already in the eighth week, and she will see him soon. “Be strong for another two weeks and you will get to see Jaypaul,” Nini said. While they continued to comfort her, another Housemate sought clarification about matters of the heart. 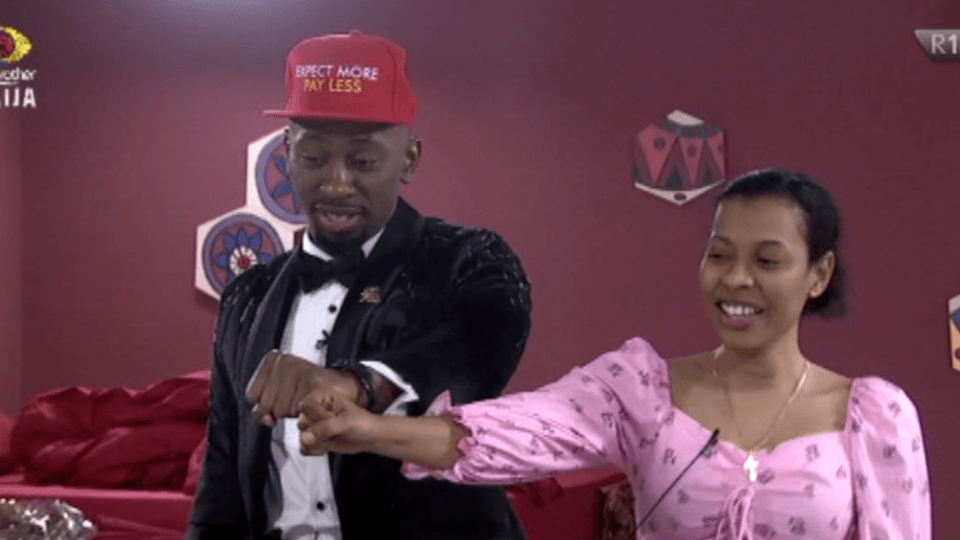 Fun or we’ve got something real?
Although he did mention to Ebuka that they were just friends and they were having fun, Yousef wanted a little more clarification from Angel about what they were really doing. “We were just having fun,” he said uncertainly this time. "Were we or did you have an interest,” Angel replied. It seemed Yousef wanted more and when asked by Angel if he had an interest in her besides the physical, he said, “it depends.” Yousef believed she was a very smart person and perhaps he was being wary about being an object of cruise that he became hesitant of expressing how he truly felt. He brought up Cross and Angel explained that he doesn’t like her romantically and neither does she. "The person he likes romantically is Saskay, and we are both just friends," she explained. 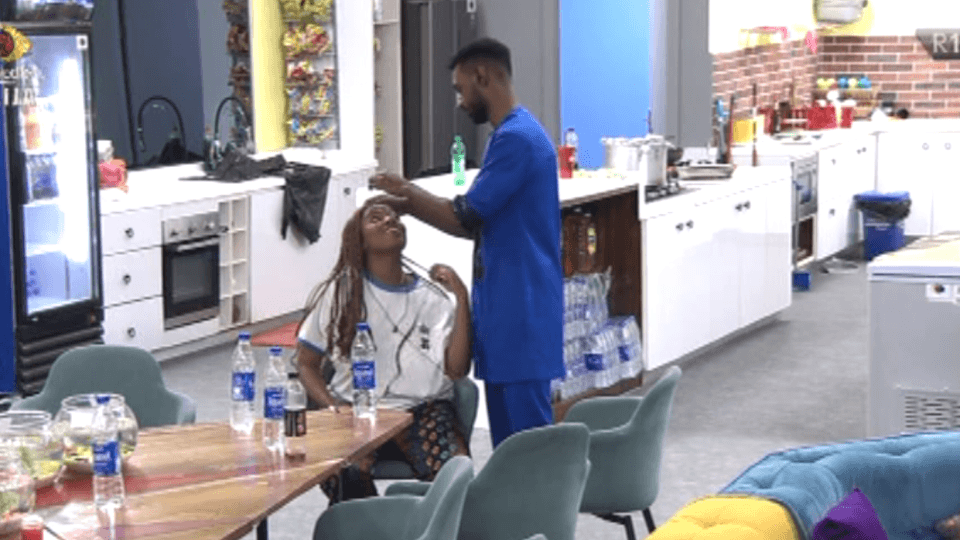 The gist only gets hotter!

In full reflection mode, Pere, Cross and Angel were gisting about the SaNi Ship. Cross and Angel think it’s a strategy that they are stuck together but Pere believes Saga truly likes her. Angel said that Nini doesn’t need Saga, but sooner, Pere recalled a statement, “The sea is always on us,” which Nini once uttered to him regarding her mingle with Saga. According to the flow of conversation, Pere is convinced that Nini is caressing Saga’s attention, making sure she gets her game going.

Cross added his own observations of the Ship saying that Nini didn’t really let Saga touch her, but this would change with time. “If you give it three more weeks she would fall in love,” he uttered with certainty. He, however, feels like this is an unnecessary headache to go through – Nini having a boyfriend outside the #BBNaija House, yet she has been extremely close to Saga for the eight last weeks. Queen later joined the conversation and added that she spoke to Nini, and she told her to stick with Saga in case her boyfriend on the outside left her. The group eventually concluded that Nini genuinely likes Saga otherwise this is going to be painful for one of them, if not both.

Video
Day 8: Doyin opens her heart to Allysyn – BBNaija
Doying gets emotional when telling Allysyn her aspirations for her future daughter. She recounts how she lost her dad and her struggles since then.
Video
Day 10: Give me my crown – BBNaija
In a heart to heart conversation with each other, Chichi and Chomzy speak about accepting their tag of being dramatic with their full chest. Will they serve more ginger throughout the season? Let’s wait and see. -- All of your favourite #BBNaija content on the official website, vote, play and watch the freshest content here: https://bit.ly/BBNaijaWebsite DStv: https://bit.ly/3ztNSPW Showmax: https://bit.ly/3PzIro4 Download on Android: https://apple.co/3OtMXmH Download on Apple: https://apple.co/3owIipn Don't miss a single moment, follow #BBNaija on our social platforms: Facebook: https://www.facebook.com/BigBrotherNaija Twitter: https://twitter.com/BBNaija Instagram: https://www.instagram.com/bigbronaija
News
Day 35: Matters of the heart and a party – BBNaija
Important conversations were had, and a party was fired up.
News
Day 43: The ones they lost
The BB Naija Lockdown Geng lost some of their faves to Eviction and they shared the hurt.