News
10 September 2021
Queen has an idea of what her relationship with Whitemoney should be like but he just doesn't get it.
Subscribe to watch

Queen and Whitemoney had an altercation this morning right after the Housemates had their workout session.

Here's how it all started:

While in the Kitchen, Whitemoney approached Queen for a conversation which she turned down. He then went on to say he was going to completely start avoiding her if she continued with her attitude. This statement pissed off Queen who escalated the situation and accused Whitemoney of not being straightforward with her and also accused him of revealing personal information that was supposed to be between them to other Housemates. 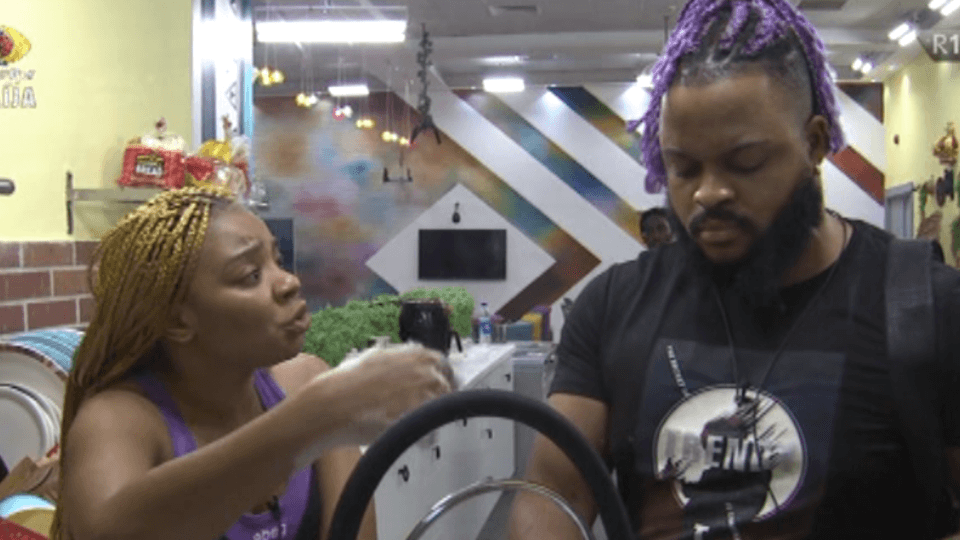 Whitemoney and Queen had a discussion on Wednesday concerning Whitemoney’s affection for Jackie B and the attitude which Queen was giving him. In that conversation, Whitemoney spoke about how he had not stepped to Jackie B when Michael was around because of the bro code and revealed to her that he had feelings for Jackie B. Queen had walked away from him but later had a sit-down where they spoke of her grievances.

When they settled down to talk, Whitemoney said he did not like the fact that Queen was guilt-tripping him for getting close to other Housemates. While speaking, he brought up an issue where Queen was angry about him going to see JMK in the Red Room. Whitemoney said he was clearly just trying to comfort JMK who was crying over an issue she had, but she blew things out of proportion. According to Whitemnoney, he was not happy that Queen accused him of being romantically involved with JMK.

Queen was however quick to counter Whitemoney’s statement that all she was complaining about was that he did not ask permission from her before leaving her to go to the Red Room to be with JMK. Among many other things, Whitemoney accused Queen of trying to cut her off from other Housemates while Queen countered through most of the conversation by insisting Whitemoney did not understand her point. 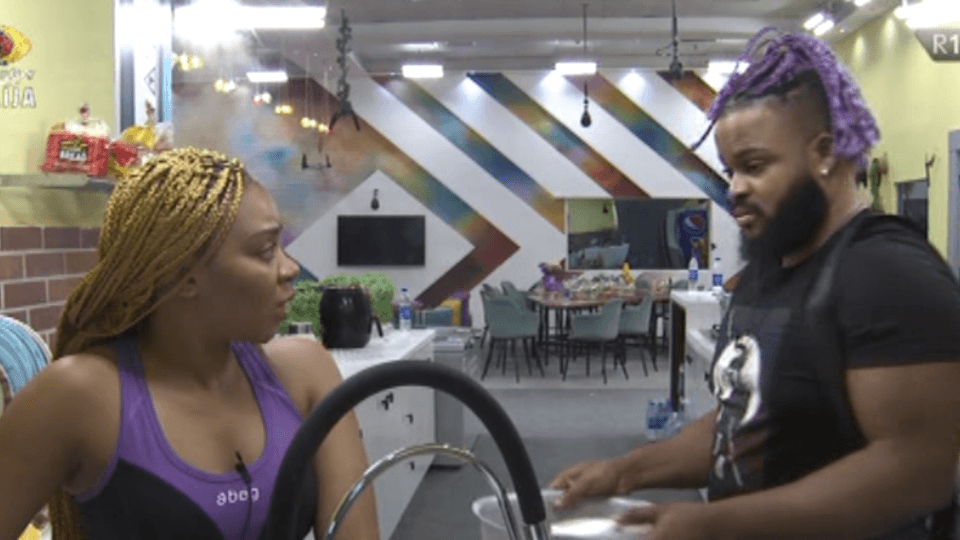 Queen was not happy with Whitemoney because he had revealed the content of the Wednesday conversation to other Housemates. She was also very outspoken about how she just did not feel it was right for Whitemoney to get close to Jackie B since he was her friend.

Cross later intervened in the argument and asked Queen some questions. He asked if her attraction to Whitemoney was a problem for her. She replied to the affirmative and said she will find it hard being free with him if he ends up in a relationship. She claimed her gravitation towards Whitemoney happened because she saw him as someone without a love interest.

Queen also accused Jackie of snubbing her for the same reason, mentioning how Jackie’s vibe completely changed towards her after Whitemoney revealed the content of their conversation to Jackie B and the other Housemates 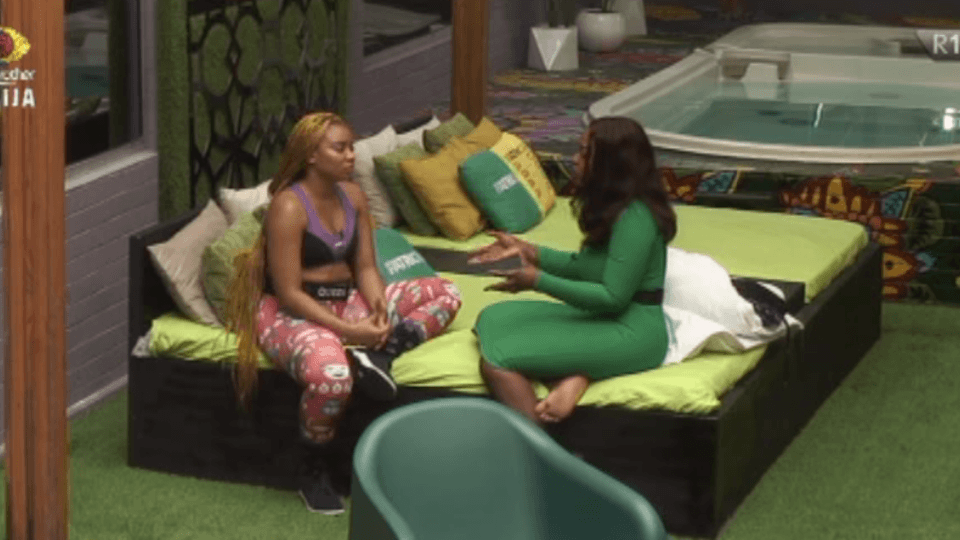 After the back and forth in the kitchen, Cross had a talk with Queen in the garden to try and sort the situation. While the conversation was going on, Jackie walked by to spread a towel and was invited for a conversation by Queen.

After a brief pep talk with Cross, Jackie then moved to sit with Queen where she asked to explain her side of the story.

Jackie B explained that she did withdraw a bit from Queen because she saw her moody and did not want to cross any boundaries. On Whitemoney’s affection she told Queen that he expressed his feelings before Michael came into the House  Therefore Queen should not feel scared about losing Whitemoney.

Queen in her response explained all that she was not aware Whitemoney had expressed his affection for Jackie B before she came into the House. She said she thought Whitemoney started expressing his affections after Michael was evicted. An act which irked her. Jackie B then told Queen she understands her point and why she was angry. She also advised Queen not to distance herself from Whitemoney because he did care for her in a way he cared for no one else in the House. 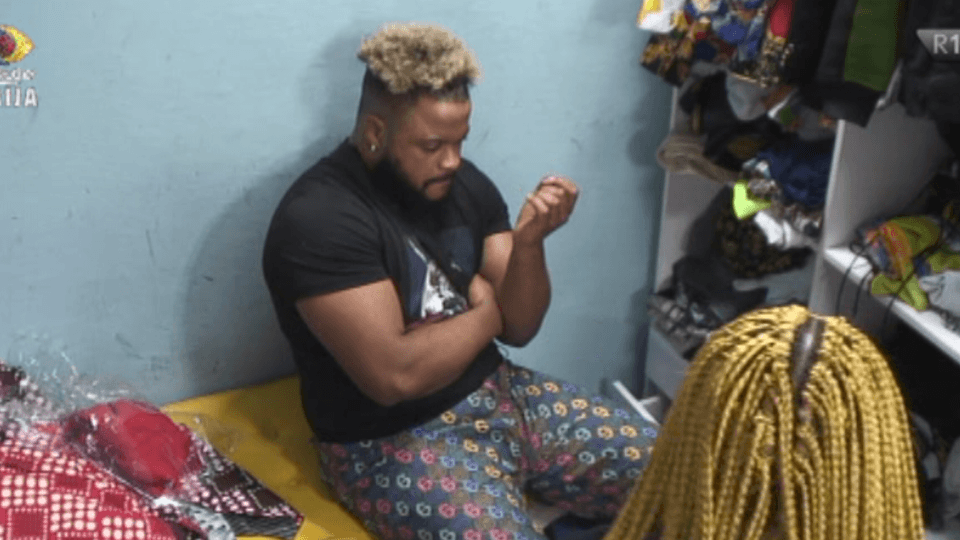 After her conversation with Jackie B, Queen went to meet Whitemoney in the dressing area and apologised to him for misunderstanding the type of relationship he had with Jackie B. Whitemoney went on to explain how she should not have had such a misunderstanding in the first place. He claimed since Michael was from the same origin has ethnic background as him, he was not going to go after the woman he liked just because Michael had left the House.

Now the big question is; Was Queen’s anger against Whitemoney justified, seeing as they are just friends?

Video
Day 16: Eloswag and Chomzy have a heart to heart– BBNaija
Eloswag speaks with Chomzy about his affections for her but this did not lead anywhere as Chomzy raises his situationship with Phyna.
Video
Day 11: Christy O expresses disappointment – BBNaija
BBNaija Level Up Housemate Christy O queries Pharmsavi over his attitude the previous day and what he was going to do to make it up to her.
News
Whitemoney shares his Okra Soup and Chicken recipes – BBNaija
Tasty meals are a delight and Whitemoney can take our money any day.
Video
Day 48: Jaypaul advises his fish – BBNaija
Jaypaul shares some wise words with his pet fish Athena as he feeds her for the day.