News
09 September 2021
The Housemates needed all their creative juice for tonight's Task.
Subscribe to watch

The #BBNaija Housemates had another fun and creative Task to execute with Tecno Mobile. The theme for today’s Task was “The Phantom Star”.

As with some previous tasks, the house had to be divided into four teams. The team names for today were:

A Tecno bag containing these team names was provided to the Head of House. One after another, each Housemate had to pick one name card from the Tecno bag. Housemates that picked the same team’s name became team members for the duration of the Task.

For this Task, each team had to engage in a product shoot, using both photo and video elements, with the Phantom X smartphone, the star of today’s show.

There were four themed sets in the Arena. Each team had to use two of these sets for their photo and video shoot. Teams were allowed to take pictures and make videos using the two themed sets they selected.

Day 26: Getting progressive with Tecno – BBNaija

To select themed sets, a box containing names of the themed sets was provided in the storeroom. Each team had to nominate one representative who picked two cards from the box. However, the cards picked by each representative had to bear different themed sets. If any representative picked the same theme twice, he or she had immediately pick again.

Once a team picked their themed sets, they proceeded to collect two corresponding reference images from the Head of House.

The end goal of today’s Task was for each team to have a final content that is edited containing both pictures & videos – starring the team members and the Phantom X Smart phone.

The Head of House had to ensure that this process was carried out before the Tecno merchandise was handed over to all Housemates. They had 30 minutes to brainstorm and prepare for the photo and video shoot in the arena.

After 30 minutes, they were provided with some costumes for their shoot. Each team had to choose the clothes that best depicted their themes.

The Housemates got together in the following teams:

The end goal of today’s task was for each team to have a final content that is edited to contain both pictures and videos starring the team members and the Phantom X Smartphone.

The four themed sets were furnished with relevant props. They were also provided costumes earlier on which they were required to creatively utilise for the shoot.

They were given six Tecno Phantom X Smartphones. 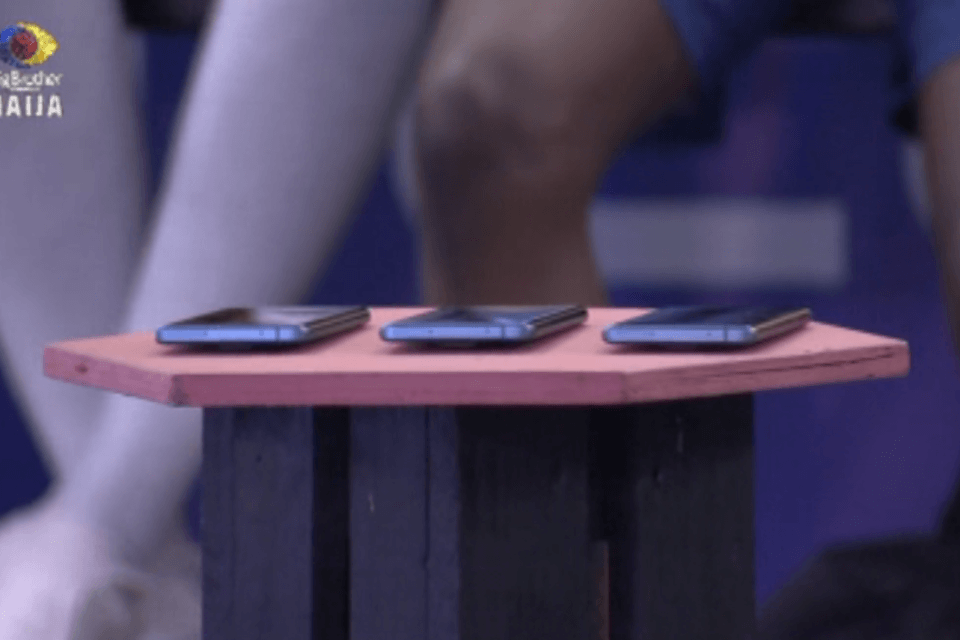 When it was a team’s turn to have their shoot, that team had to use one out of the two remaining phones on the pedestal as a prop for the session.

They had to remember that the star of their content shoot was the Tecno Phantom X Smartphone. There were two sessions for tonight’s shoot and both sessions lasted for 20 minutes each. This meant, two different teams had to shoot simultaneously in every session. In other words, each team was expected to utilise each theme set for 10 minutes.

At the end of their shoot session, the Housemates had to return to the House, where they gathered to watch a video guide on how to use the video editing application on the Tecno Phantom X Smartphone.

After watching the video, they had 45 minutes to edit their content before returning the phones. It was important to add a voiceover into the final edit.

We saw lots and lots of selfies and oh, don’t forget the angles! Angel, Nini and Saskay took us to the beach with their tropical set.  At one point, Angel was the model while Nini and Saskay directed and snapped away. 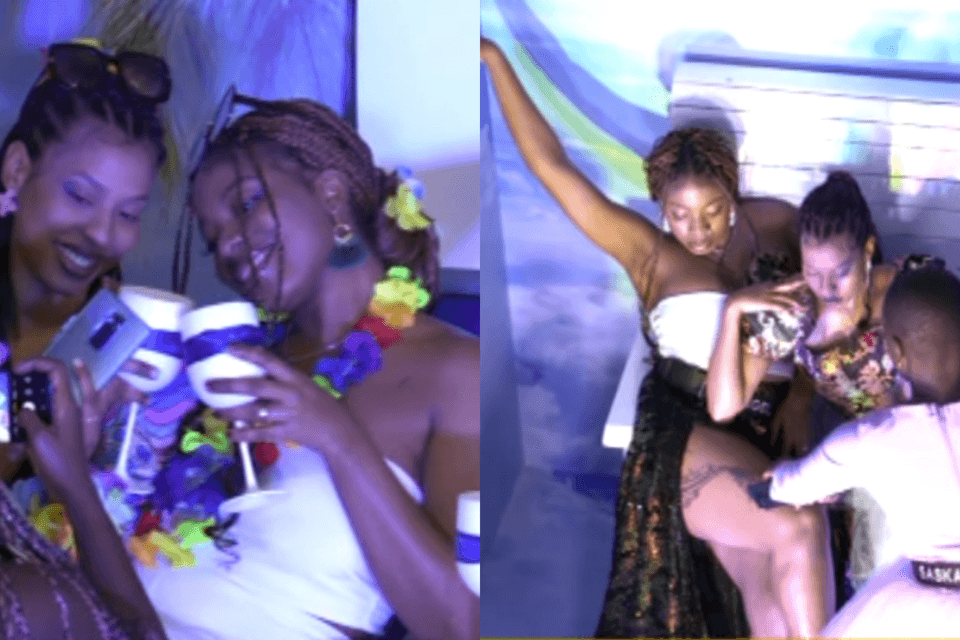 Jaypaul, Jackie B and Emmanuel gave us some football locker room fever in their kits and some shirtless poses from Emmanuel. Jaypaul brought out his director hat and it was fun to watch him organising the team. 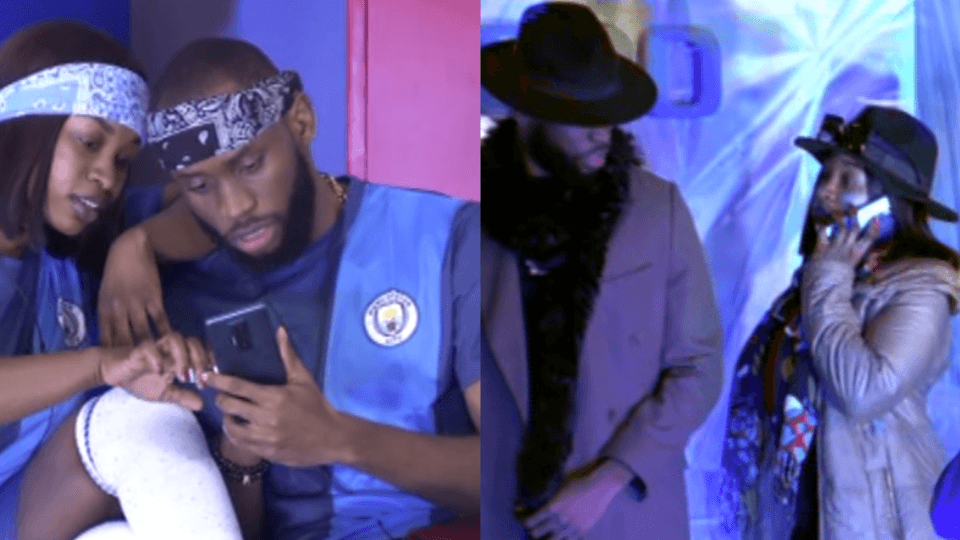 Team Xtraordinary were bringing their winter Essex and American vibes to their photoshoot. They gave us “friends calling friends” and “guy talking to his girlfriend”, all in a cold-looking, icy set-up. We were also served some interesting angular poses from Saga with Cross catching all his good sides. 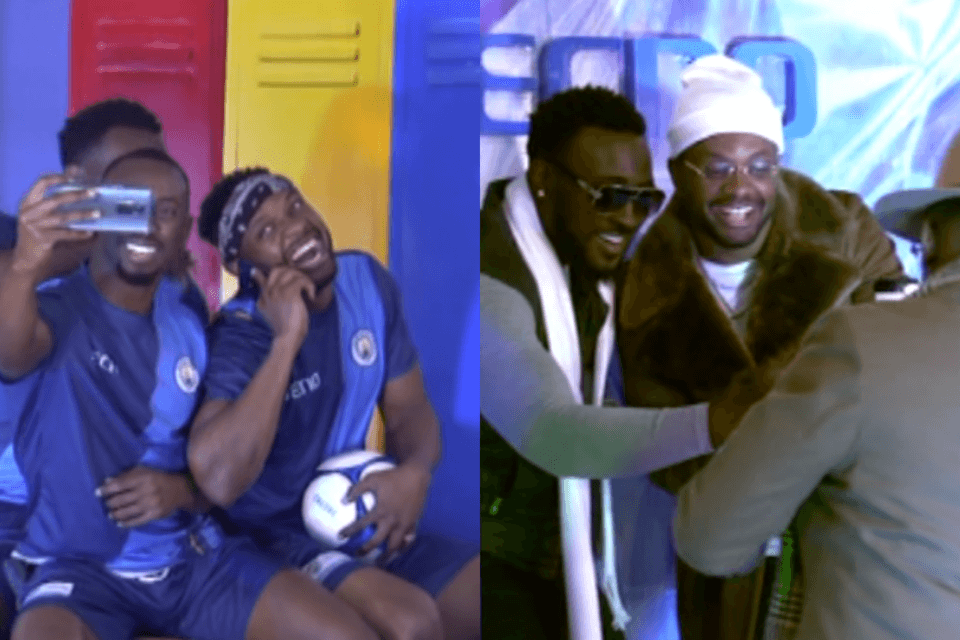 Yousef the model came out tonight as he struck some poses in their dreamy, themed photoshoot. He and Liquorsoe were floating about on their set, making sure they didn’t leave out any pose behind. 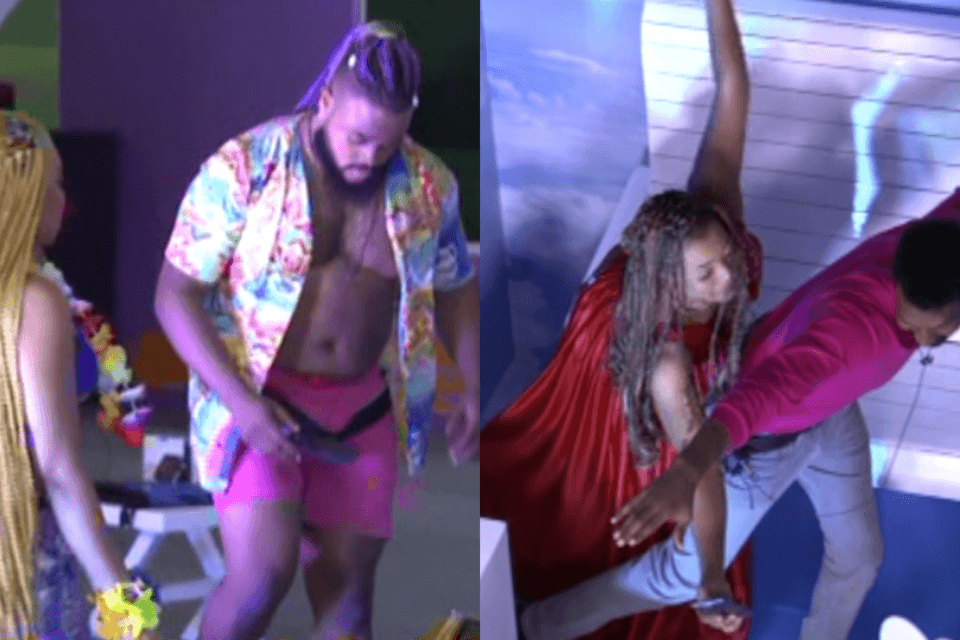 The teams had to exchange outfits and sets to produce their own depictions of the scenes. It was exciting to watch!

The editing phase was interesting with Saga constantly worrying about losing the teams content and Cross’ animated voice over. They had confidence in their work, we are yet to find out how they performed. Jackie B, Jaypaul and Emmanuel had their content creator hats on giving us FOMO to watch their final product. Team Xclusive and Team Xceptional were also hard at work making sure they completed their Task before the buzzer went off.

The winner for the Task was Team Xcellent. Jaypaul, Emmanuel and Jackie B won 500 000 Naira each. Better luck next time to the rest of the House. 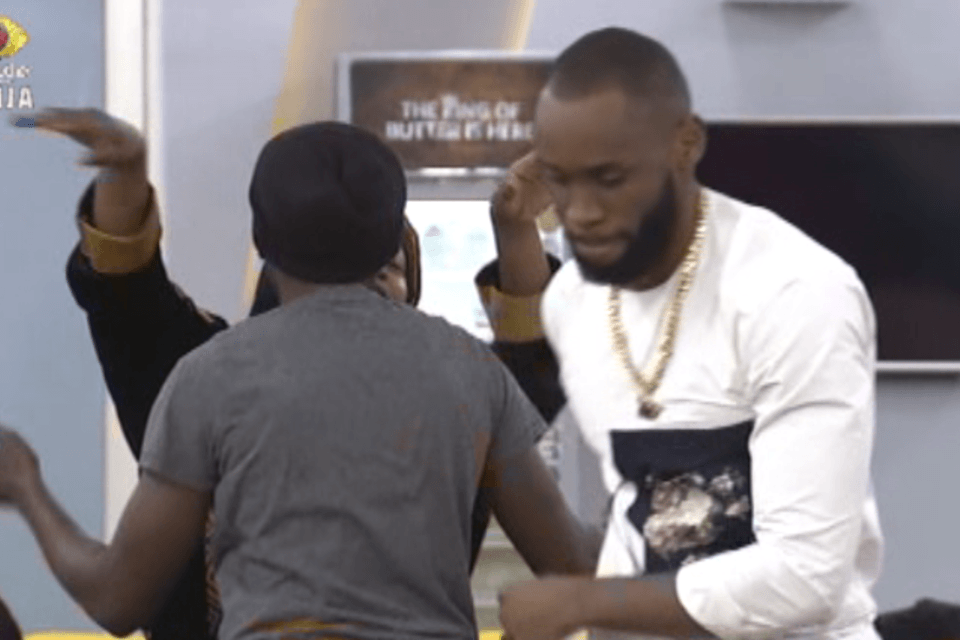 Video
Last round with EmmaRose – BBNaija
Tega confronts Pere about his lack of support for her. Cross apologises to Saskay and EmmaRose explain their relationship one last time.
Video
Tega and Boma come clean – BBNaija
While Tega explains her marital status and the perceived scandal between her and Boma, things between Beatrice and Maria become almost physical.
Video
Day 26: Social change with Tecno – BBNaija
The #BBNaija worked hard to script and act out plays addressing social challenges in Nigeria during a Tecno Mobile Task. Catch more drama and more action from the #BBNaija House LIVE on DStv Channel 198.
News
Day 26: Getting progressive with Tecno – BBNaija
The Housemates will stop at nothing in tonight’s Task