News
09 September 2021
There is love in the air and it has got the Housemates going the extra mile.
Subscribe to watch

Jaypaul has come a long way in letting Saskay know how he feels about her and we can all admit at this point that this bobo is not holding back in letting his feelings about her be known. Well Jaypaul took a step in his display of affection last night when he got flowers delivered to the House for his lady love.

A little back story

At the tail end of one of his Diary Sessions, Jaypaul had asked Biggie for a favour and when asked what it was, he said he wanted to buy flowers for Saskay. He asked if he could use his Abeg Naira as a mode of payment for it. 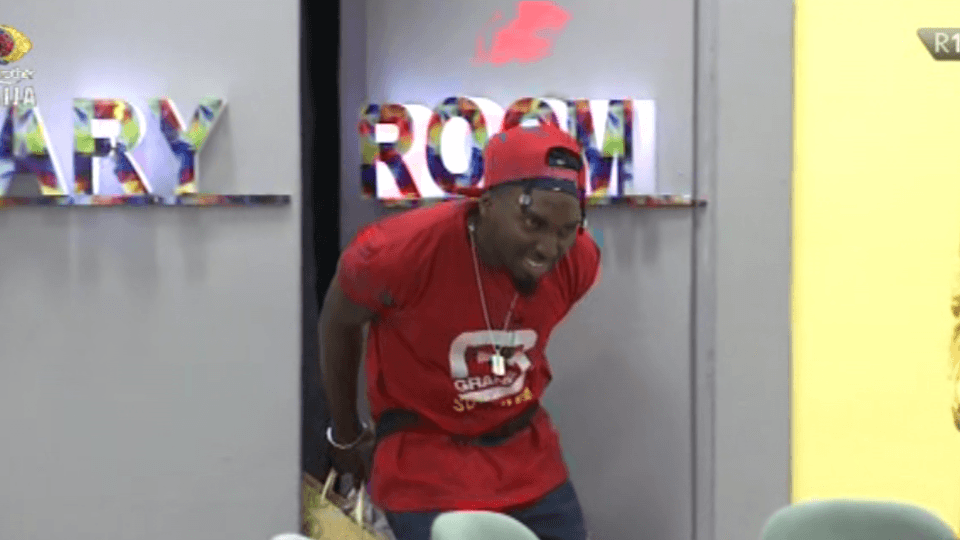 Fast forward to last night. The Housemates had just completed a Task and were split up around the House. In the dining area were Nini, Angel, Jaypaul, Saskay and Jackie B who were having light conversations when Biggie called Jaypaul into the Diary Room.

Jaypaul came out of the Diary Room with a mischievous smile on his face and one of his hands behind his back — within a second of his fellow Housemates wondering what the fuss was all about, he revealed what was in his hidden hand which was a beautiful bouquet of flowers. 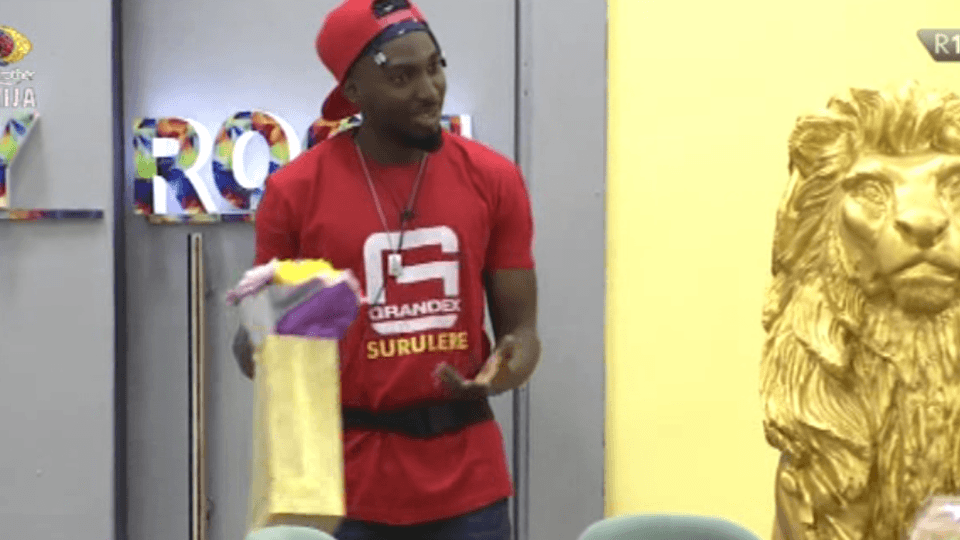 Apparently Biggie had granted Jaypaul’s request and helped him procure flowers for Saskay.

When we say the joy in the room was contagious, you best believe it.😍

Saskay was all smiles, while Angel and Nini were visibly amused by Jaypaul’s gesture. Pere was also all smiles coming around the area to witness what was going on.

Jaypaul then moved over to where Saskay was and presented her the flowers with these words; 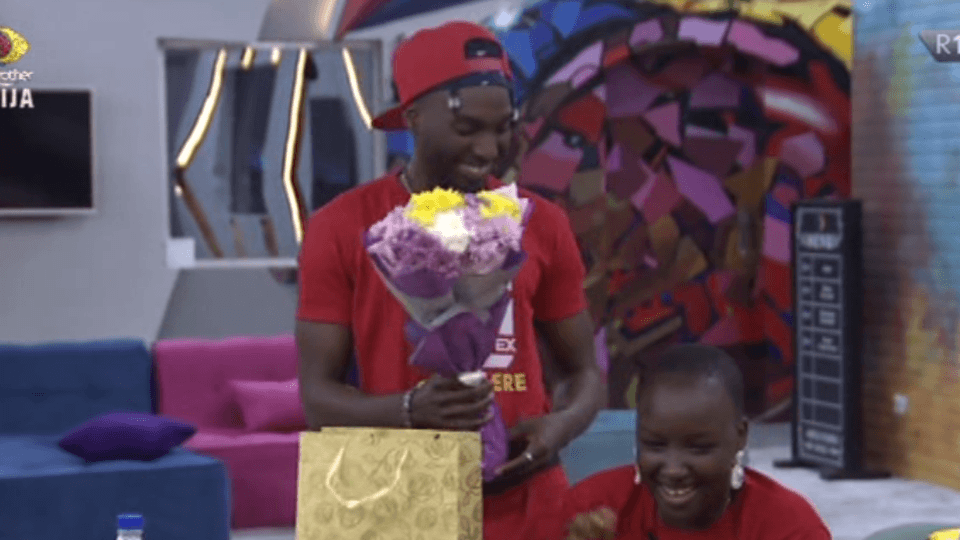 Saskay the whole while was blushing and eventually shed a little tear.

While all this was going on, Cross who has also expressed interest in Saskay was in the Kitchen area washing the dishes and smiling to himself having witnessed the gesture.

Do you think this act by Jaypaul will totally shut down any chances of Cross making any advances on Saskay in the future?

Video
Saskay in the middle – BBNaija
Saskay sets the record straight with an aggrieved Jaypaul and confronts Cross about a case of a leaked voice note.
Video
Last round with EmmaRose – BBNaija
Tega confronts Pere about his lack of support for her. Cross apologises to Saskay and EmmaRose explain their relationship one last time.
Video
BBNaija Gist: Saskay reads her #BBAskHM messages– BBNaija
Saskay gives us the tea on all the spicy questions about her love life in the BBNaija House and how she may give the Crosskay ship a try outside the House.
News
Day 47: Housemates get a Grandex retail experience – BBNaija
The Housemates take a walk down the aisle of retailing in the Grandex Store Task