The BBNaija Housemates had the Grandex Store Task today and as expected, they were to put their best foot forward in order to win the reward attached to the Task.

Per instructions, the Housemates were to carry out the Task in teams and these were generated via a lucky dip. Three teams emerged after this which were;

The task was divided into two segments with the first being a Quiz Challenge and the second, a presentation by all the Teams in the Arena.

The Quiz Challenge
The Housemates were instructed to watch a TVC and also study the brand information materials carefully as the information contained in them will come in handy during the quiz session.
When it was time for the Quiz, a box containing the various questions was provided. There were 3 rounds and for each round the Teams picked a representative who proceeded to pick one question from the box and give it to a member of another team to read out while their team answered.
When a question was read out to any of the Teams, they had 30 seconds to answer after which it became void.
The readers of any question, used a stop-clock provided for the Task to monitor the 30 seconds allocated for each question. Furthermore, the answers to the questions were written underneath the questions and each team had to confirm whether the answers provided were correct or wrong. 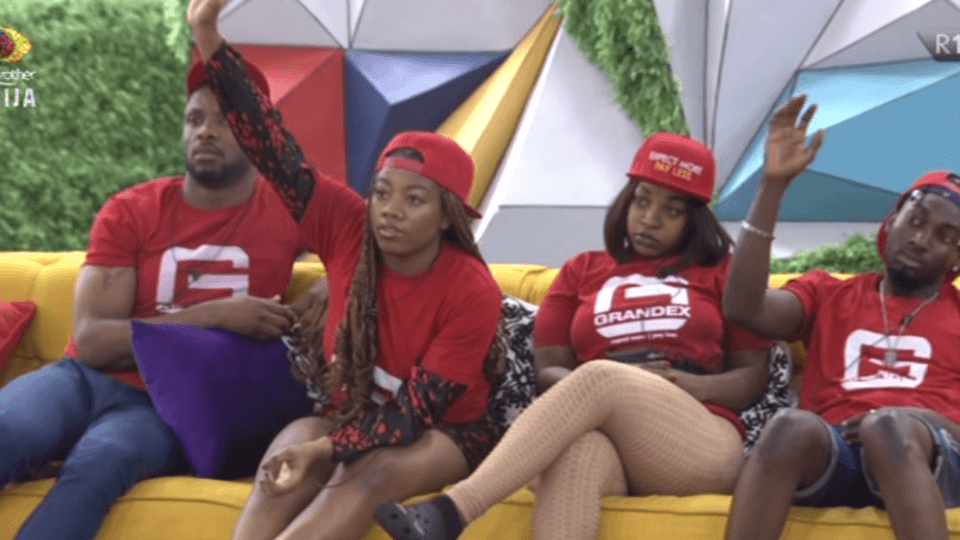 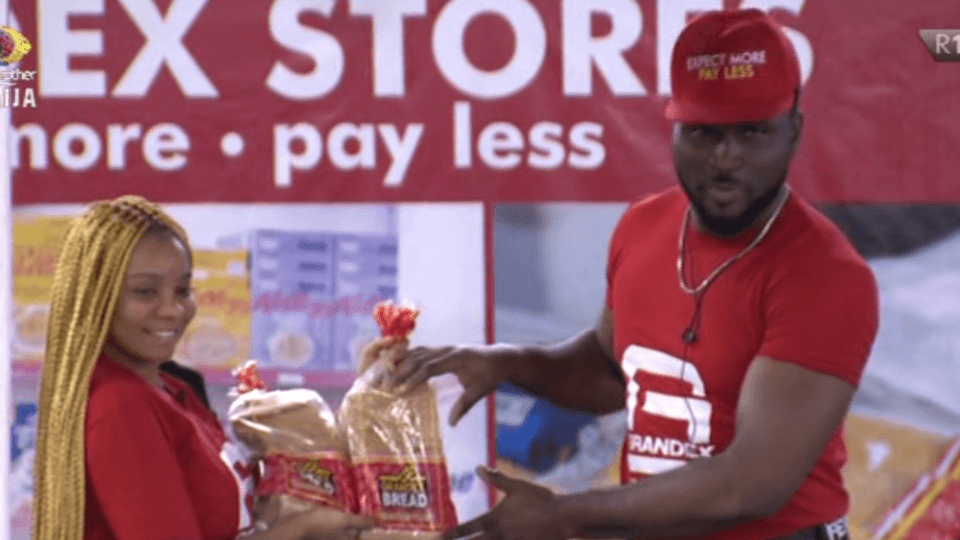 After a little while, the Housemates got a brief announcing which Team won the Task. All three teams emerged with 15 points each in the quiz session. For the second part of the Task, Team Expect More, Pay Less. which includes; Pere, Whitemoney, Queen, Nini and Saga were announced the winners.
Therefore they became the overall winners and were rewarded with a 3month free grocery shopping voucher that could be used at any of the GRANDEX stores at Lekki, Surulere, Bodija, RingRoad and Abuja.
In addition, they got the sum of one million naira to be shared among themselves, courtesy of Grandex.

Video
The gbas gbos is loading – BBNaija
BBNaija Shine Ya Eye Housemates are back and they brought vawulence and drama with the meanest gbas gbos you can ever ask for. Get ready for drama like no other.
News
Shine Ya Eye Housemates tease us with Reunion tea – BBNaija
An exclusive first-look at the eagerly anticipated Reunion.
News
Day 47: Jaypaul pulls a bouqet surprise on Saskay – BBNaija
There is love in the air and it has got the Housemates going the extra mile.
Video
BBNaija Gist: What they promised and what they delivered – BBNaija
Coming into the Shine Ya Eye House, the Housemates made a lot of promises about what they were bringing and how they intended to spice things up. Did they make good on their promises?