Day 42: Living it up with Pepsi – BBNaija

News
04 September 2021
For this Task, the Housemates spent the day testing their knowledge and having a ball with Pepsi.
Subscribe to watch

The Shine Ya Eye geng turn up the fun with their Pepsi Task. It consisted of a variety of fun activities in which the House played as a team as well as individually. Upon completion of the Task, the Housemates were rewarded based on their points accumulated.

As usual, the geng had to divide themselves into groups. Here’s how they grouped themselves.

After dividing into four teams, the Housemates gathered in the main lounge to participate in the Pepsi Musical Chairs challenge. The game involved one representative from each team dancing around three chairs. One of the chairs was branded with the Pepsi logo. Cross, Boma, Pere and Michael played this game on behalf of their respective teams. Following a lively dance session, Michael was the lucky Housemate who got to sit on the Pepsi chair earning his team 15 points while Pere and Cross got the other chairs earning their respective teams 10 points. Boma, who was booted out, complained of being shoved and was only able to score five points for his team.

For this Task, Housemates tested their knowledge about some of the Pepsi Music Stars and their popular songs. Even though they played this game as a team, some team members came guns blazing. Michael, Liquorose, Nini and Peace performed brilliantly on behalf of their teams.

The final round of the first half of the Task was to test the knowledge of the Housemates about some of the Pepsi DJ ambassadors. To begin the Task, the teams were each given cards containing phrases that describe the DJ and asked to name the DJ.

Here the Task moved from the show of musical knowledge to the Housemates abilities to perform on stage. The different teams had to perform one song by any of the Pepsi music ambassadors in the Arena. They were given only 60 minutes for rehearsals and the geng didn’t joke with it. It almost seemed like they were preparing for a sold-out show they were billed to perform at. It wasn't long after that they made their way to the Arena to deliver a superb performance. All four teams brought down the House with their unique stage performance.

To top it all off, the geng had a blast with Rema and Arya Starr, the newest Pepsi ambassadors as they performed their latest singles.

Just when they thought it was over, Pepsi decided the Housemates deserved a little more reward. As a matter of fact, the Housemates were already back inside when it was announced that they were to be rewarded. Pepsi believed their energy, stage management and credibility was off the hook. In appreciation for a Task executed to perfection and dedication. Pepsi decided to reward the entire house with a trip to the One Music Africa feast in Dubai. 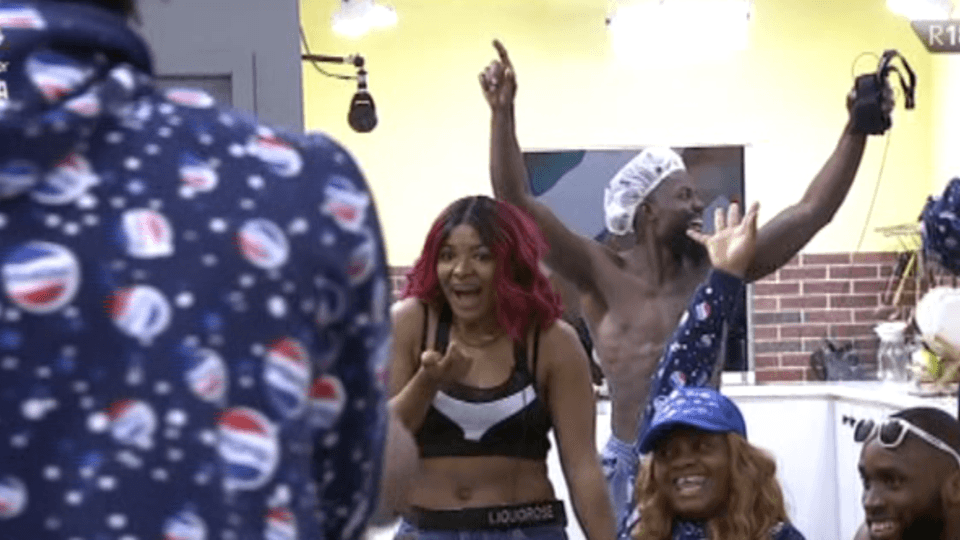 Video
Live Show 4 - 7 Aug: Christy O’s Big Brother Naija journey ends – BBNaija
The self-proclaimed shy girl, Christy O, slowly came out of her shell as her journey progressed in the Big Brother Naija House. She made an impression on Pharmsavi the pharmacist from Day 1, and the two continued to get closer daily. She engaged in a couple of altercations but has maintained her demeanour throughout.
Video
Live Show 4 - 7 Aug: Biggie introduces two Riders to the Level Up House – BBNaija
With tricks up his sleeve every week, Biggie introduced two Riders in the Big Brother Naija House. Rachel and Chizzy entered the House during the Live Eviction Show and no one knows what they will be bringing to the House.
Video
Day 42: The Housemates dance for a Pepsi seat – BBNaija
During the first part of the day's sponsored Task, the Housemates have to play a sort of musical chairs to try and win a place on the Pepsi seat.
News
Day 42: Jaypaul holds it down – BBNaija
A hectic morning, but Jaypaul proves capable.