News
02 September 2021
The pursuit of love, affection and company has landed this trio in a triangle that hasn’t been easy navigating.
Subscribe to watch

Saskay has been on the receiving end of affection from multiple men ever since she stepped into the BBNaija House. From Yousef to Jaypaul and Cross, all immediately signified interest in jumping on a ship with her and sailing the vast ocean of love.

In the case of Yousef, she had no interest in having anything with him, but she had a soft spot (or maybe two) for the other two guys. Unfortunately, she has mentioned she has no desire to build a ship or romantic connection with anyone while she’s in the House (even though last night's kiss with Jaypaul has quickly scattered those plans). She does seem to have a hold of these men and they can’t seem to stop dreaming about the ship that could be, while holding on to the triangle that binds them together.

Things got complicated quite early in the Show when both Cross and Jaypaul started developing mutual feelings for Saskay. It may not have been love at the first sight, but we can’t rule out the second or third. Cross immediately became vocal about his feelings for Saskay, especially in the Diary Room, where he repeatedly expressed his feelings to Biggie. He described how he found her interesting and rated her highly. Likewise, Jaypaul started confiding in close Housemates about how much he likes Saskay.

It gets more complicated

While Saskay finds Cross' company interesting and enjoyable, she has reservations about his behaviour. She finds him too expressive with his sexuality around the House. Cross on his part felt she wasn’t giving him a fair chance. A claim she was quick to deny.

In fact, Saskay was of the opinion that Cross wasn’t putting in enough work for someone who wants her the way he claims to.

Jaypaul on the other hand seems to understand Saskay's stance of not wanting to be in a relationship, but also enjoying the company of having someone special. He goes all out to show how much he cares for Saskay and in so doing, keeps positioning himself as the best man should she decide to change her mind.

When asked by Ebuka about the situation with Jaypaul and Cross, Saskay said there was nothing to it. She had made them understand that even though she liked them, she wasn’t interested in a relationship with any of them. She simply just enjoyed the attention she got from both of them. She did express concern though that it might appear like she is manipulating them, and reiterated that she already told both parties every step of the way that there was nothing going on.

Saskay does love both their companies but deciding whose company she cherishes the most is a tall feat for her. Most days, she spends her time shuffling between Cross and Jaypaul. One minute, she is locked in a deep conversation with Cross, the next minute she is in bed cuddling with (and as of last night, kissing) Jaypaul.

The cuddle sessions paint a picture that she is tilting towards Jaypaul, but quite recently Cross called in the big guns as he and Pere serenaded Saskay with a heartfelt song. The outcome was a long passionate embrace. 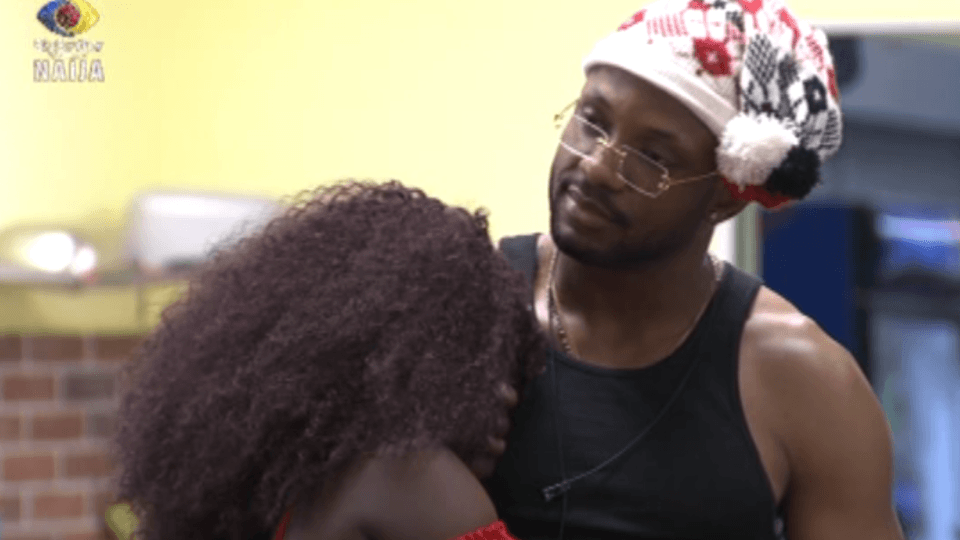 Figuring out who Saskay is closer to has also become a hot topic both outside and inside the House. While BBNaija fans are busy picking sides and figuring out who they think is the best fit for Saskay, Cross is also dealing with side comments in the House about who she is really closer to. “Only you and I actually know how close we are to each other,” Saskay said allaying his fears.

Watch her teach Cross how to deal with side comments

Saskay still can't decide who she wants, but while she ponders on that, she is living her best baby girl life and is enjoying being the centre of attention for two charming young men, who are evidently close to her heart.

The men have made peace with it

Both Cross and Jaypaul have carried on their respective pursuits of Saskay with the utmost respect for each other. At some point, Jaypaul told Saskay he’d step back if she wanted to be with Cross. He admitted that he liked Cross and he was a great guy. Cross on his part has a profound respect for Jaypaul too, as well as what he shares with Saskay. As it stands, they both seem to know their place in her life and often take turns spending time with her. There hasn't been any clash between both men and for the time being, both understand that she just wants to be friends and they seem to be getting along like one big happy family – and living their best lives while at it. 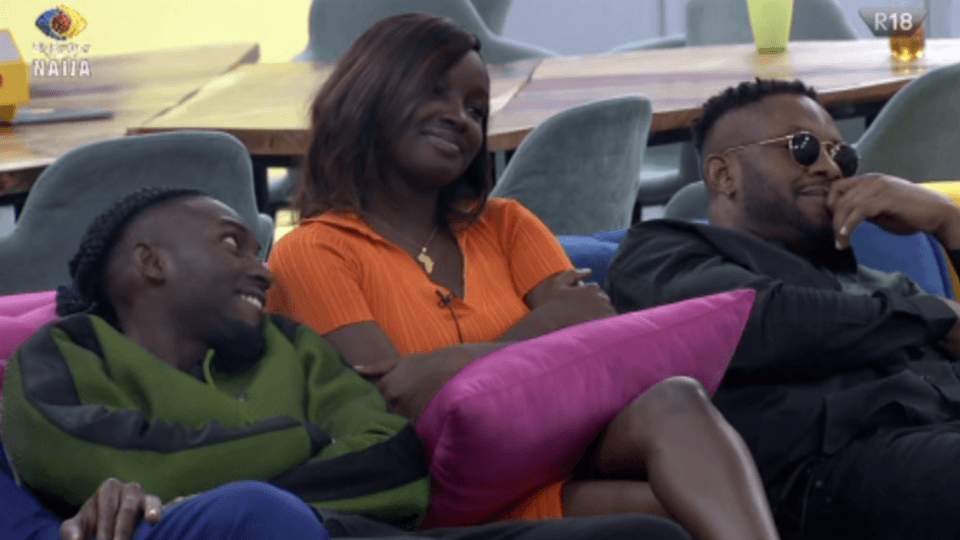 Angel, Boma, Cross, Emmanuel, Liquorose, Michael, Nini, Peace, Pere, Queen, Saga, Saskay, Tega, Whitemoney and Yousef have been Nominated for Eviction this Sunday You can  VOTE  to Save your favourite Housemate via the Africa Magic website   HERE  and the  Africa Magic mobile site  by selecting contestants of your choice and entering your number of votes and click  VOTE. Voting via these platforms is limited to 100 votes per user. You can also download the  MyGOtv  and  MyDStv  Apps for additional  Votes.  Votes  are free and  Votes  are allocated based on your subscription packages. The voting window closes by 9pm on Thursday, September 2, 2021.

Video
Day 11: Christy O expresses disappointment – BBNaija
BBNaija Level Up Housemate Christy O queries Pharmsavi over his attitude the previous day and what he was going to do to make it up to her.
Video
Day 10: The jogging Task– BBNaija
Biggie puts the #BBNaija Level Up Housemate to a little sporting activity as they carry out a jogging Task that involves them jogging around the House throughout the day. This means they have to jog whenever they move around to perform any activity in the House.
News
Day 40: Revelations and reflections – BBNaija
In a moment of vulnerability, a few of the Housemates revealed a bit more.
News
Day 40: Saskay and Jaypaul kiss – BBNaija
Last night, Saskay and Jaypaul took their “friendship” to a new level.