News
28 July 2021
A game of charades descends into chaos.
Subscribe to watch

Four days in and cracks are starting to show in the relationships between the Housemates.

Last night, the Housemates gathered to play a round of charades as they unwinded, when things got heated. Liquorose and Angel got into a massive blowout over charades.

Angel had to be restrained physically by Arin and Whitemoney at some point during the exchange, as she attempted to have a go at Liquorose. Liquorose did not take things lying down either and gave as much as she was receiving. 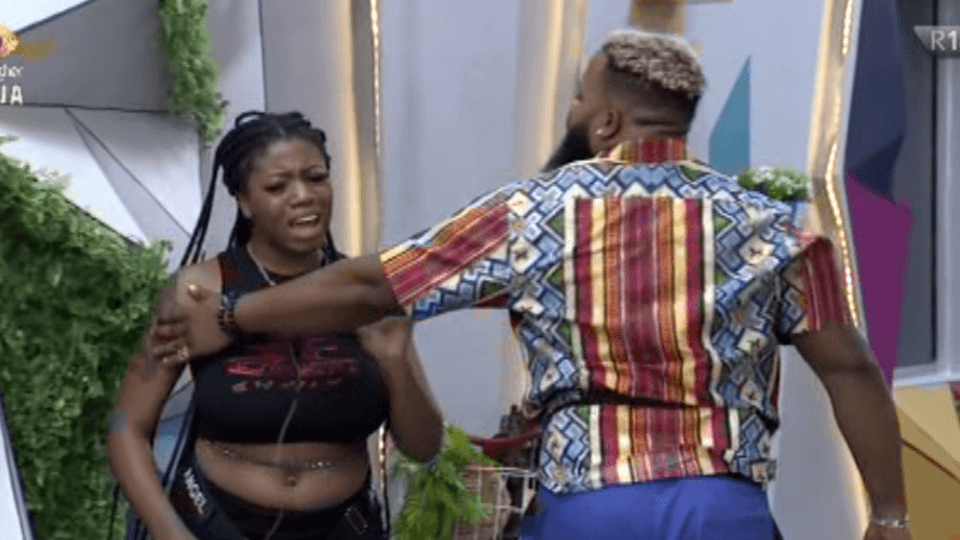 Later, Maria and Liquorose went to the bedroom where Angel was, to try and squash the beef, but that turned chaotic too. Another argument erupted, leaving Maria pleading with the two to not make the game personal.

It wasn’t just Angel who had a bone to pick with one of the participants of the game of charades. An upset Arin expressed her feelings about Maria accusing her team of cheating. “Maria is an instigator,” she said.

Arin and Head of House Peace then accompanied Liquorose to Angel’s room where the ladies hashed out their differences. After a brief chat, the two hugged it out and apologised to each other.

Day 2: Peace is the first HoH of the Season! – BBNaija

The first Task of the Season set the stage for this blowout. There has been simmering tension between Angel and Liquorose since Angel told Liquorose to ask for clarity before making insinuations, while they were discussing the Task Brief in the lounge. Angel had taken offense after Liquorose had apparently misinterpreted her statement about the people who should lead the musical drama.

Day 3: The House gets the first brief– BBNaija

Far from your TV? Stream #BBNaija now on the DStv App on any connected device!

News
BBNaija ‘Shine Ya Eye’ Reunion Premieres June!
More drama in the BBNaija ‘Shine Ya Eye’ Reunion this June!
News
Big Brother Naija Returns For Seventh Season
Don’t sleep on fame as the online auditions open.
News
Day 4: Beatrice storms out of Task brainstorm - BBNaija
The first Task presentation is unraveling the tension in the House – and the Housemates can’t stand the heat.
News
Day 17: Sammie and Angel break up – BBNaija
It’s wahala for ships in Biggie’s House and the new Housemates are off to a rocky start.