News
29 August 2021
The Housemates grooved back to the ‘70s during last night’s party.
Subscribe to watch

The #BBNaija Housemates were super excited about spending their Saturday Night Party with Johnnie Walker in their cups, Boomplay and the superb Commissioner DJ Wysei. They could not contain their excitement when they received their Johnnie Walker customised packages. “Well done Johnnie Walker, my mind is blown!” expressed Emmanuel.

The theme for the night was ‘old school’. The Housemates had the perfect clothing to match the theme. The men’s clothes were designed by AY Stitches Venture and the ladies’ fits were designed by Ad_line Bespoke Clothing. They also had wigs to complement the vibe, taking us back to the ‘70s with the afros and wide-legged pants. 😍 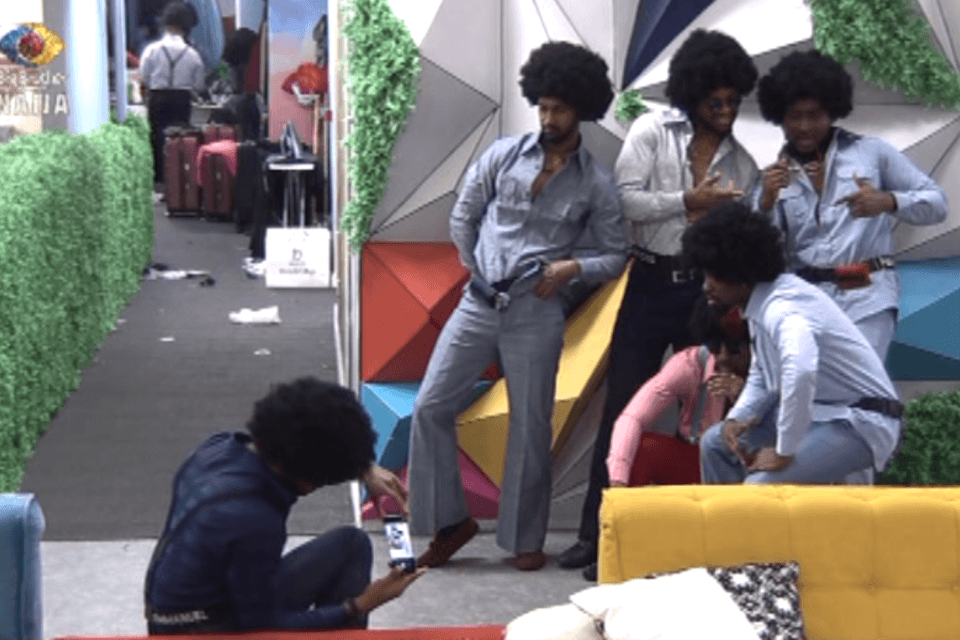 Each Housemate undoubtedly had the time of their life on the dance floor last night. In Beatrice style, Angel and JMK removed their wigs at some point of the evening while they were tag-teaming through the tracks.

Queen was fired up with undiluted energy, also sharing her twerking gifts with some of the Shine Ya Eye guys. At a point, Jaypaul was laying flat on the ground while Queen bounced to the beat on top of him.😅

Sammie’s energy was contagious. He was bounced from one corner to another and his current hairstyle bounced away with him too! Tega and Boma were inseparable and making us wonder if there’s something we have missed between them? 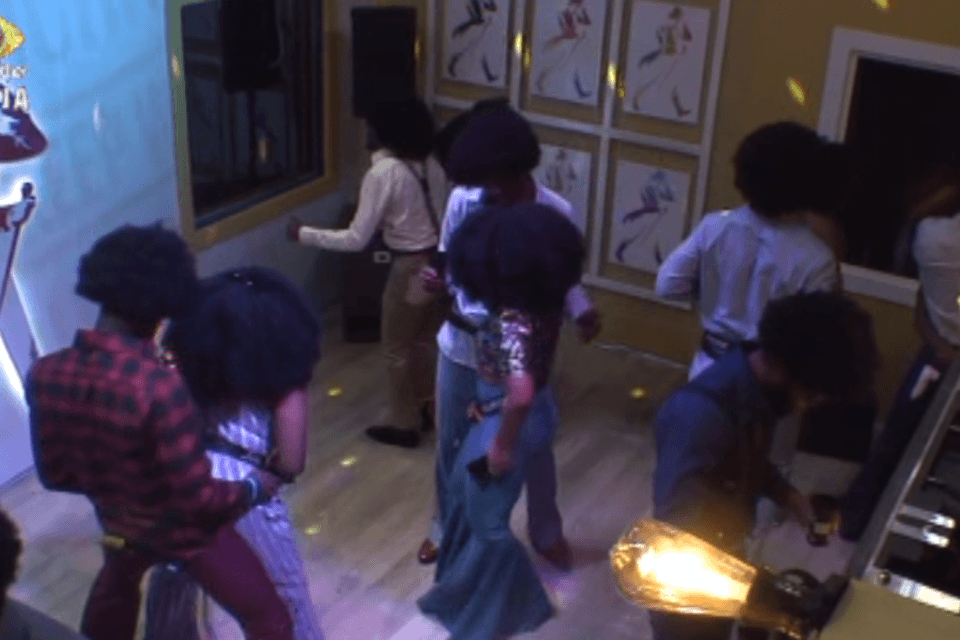 Jackie B had a blast dancing alone and with multiple dance partners, but we eventually saw towards the end of the party, what looked like an argument between her and Michael. Maria and Pere who had been going through personal issues surprisingly (or not so surprisingly) shared a dance after Maria denied Pere’s dance requests earlier in the evening.

Saga and Nini were inseparable, whispering sweet words into each other’s ears throughout the party. They were the main characters of their own ‘70s type movie.

One of the songs played by DJ Commissioner Wysei towards the end of the party seemed to evoke powers and strengths within the Housemates’ bodies because, at that point, there was returning from the land groove.

It was a good night in the Party Arena because at the end of it all kisses were shared between Emmarose as well as Angel and Yousef. Thank you, Johnnie Walker, for all the liquid courage you gave the #BBNaija Housemates last night! 😁 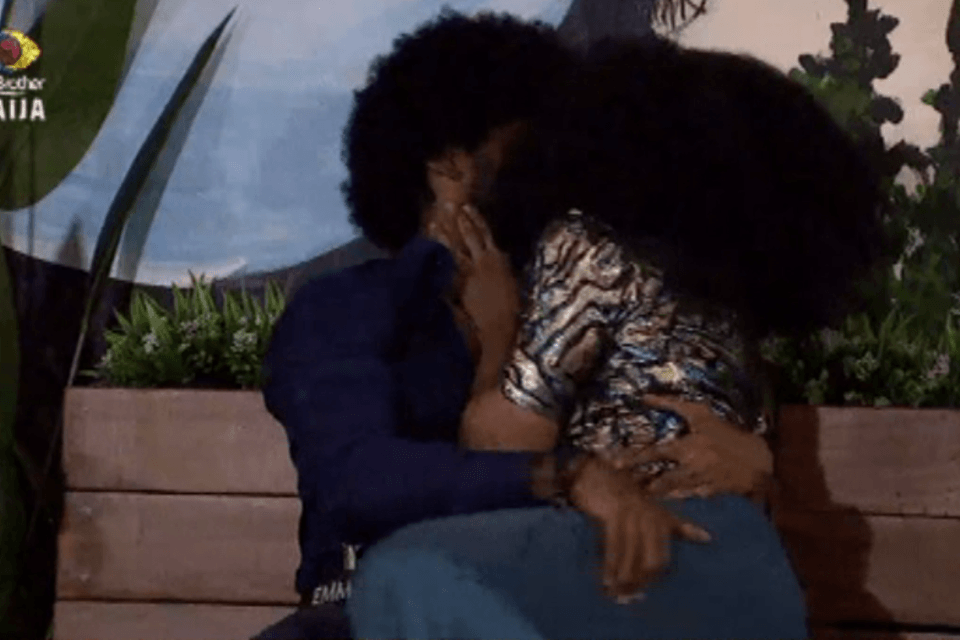 Yousef gets temporarily 'attached' to Angel 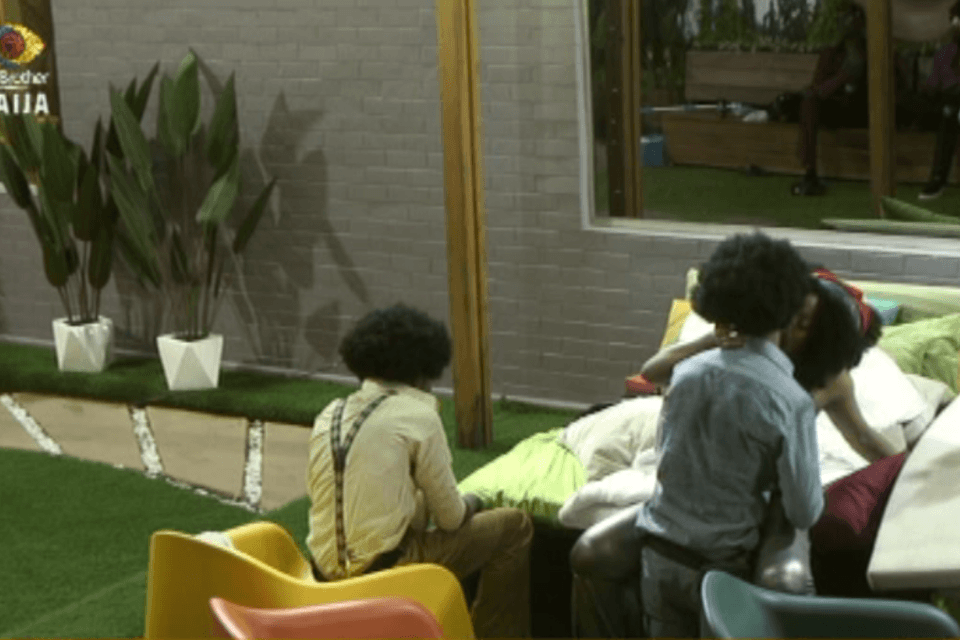 Video
Last round with EmmaRose – BBNaija
Tega confronts Pere about his lack of support for her. Cross apologises to Saskay and EmmaRose explain their relationship one last time.
Video
Tega and Boma come clean – BBNaija
While Tega explains her marital status and the perceived scandal between her and Boma, things between Beatrice and Maria become almost physical.
News
Day 56: Black and gold with Patricia – BBNaija
We enjoyed good music and great vibes from the Saturday Night Party.
News
Day 49: Forgotten Jacuzzi kisses – BBNaija
Some unexpected members of the Shine Ya Eye geng got close last night!