News
28 August 2021
As the Peria Ship falls apart, a Queen hops into the picture.
Subscribe to watch

The #BBNaija House is full of surprises as dynamics change every week.

Three weeks after we saw that little catfight for Pere between Maria and Queen, things have taken a 180-degree turn in the House.

We all got used to seeing Maria and Pere on our screens since day one when Pere set his sights and mind on Maria the night she walked into Biggie’s House. They have been giving off that Mr and Mrs Smith vibe that has us wondering when the next explosion will blow up between them, on top of their mic infringement tendencies!

Over the past two weeks, things have changed between Maria and Pere and right now, they seem like they can't stand each other. Pere liked Maria initially and made it know with constant flirtation, then things fizzled out and he changed his mind. Maria, during a Diary Session on Tuesday, said “Pere is the most annoying person I have ever met.” She feels that he is a friend, and she is fond of him. “We have this connection and all, but I just realised that he tries to annoy me and he keeps doing it.”

Pere also told Biggie that he was having some “friction” with Maria, and they were experiencing personal issues with relating to one another. Maria has allegedly been going around the House defending herself and denying ever sharing a kiss with Pere. He shared this with Saga one frustrating morning during the week.

Check out what Pere had to say about his vibe with Maria below:

So, we now have a potential love triangle that’s not quite based on love, developing among these three Housemates – Maria, Pere, and Queen. Queen was into Boma but had made it clear that she found Pere attractive. Boma had been entertaining her, but he switched up when he became a self-proclaimed okro and will not be tied down to a woman. He put the icing on the cake by cruising with Angel in secret, which left both Queen and Sammie (Angel's on and off flame – and Boma's friend) hurt. 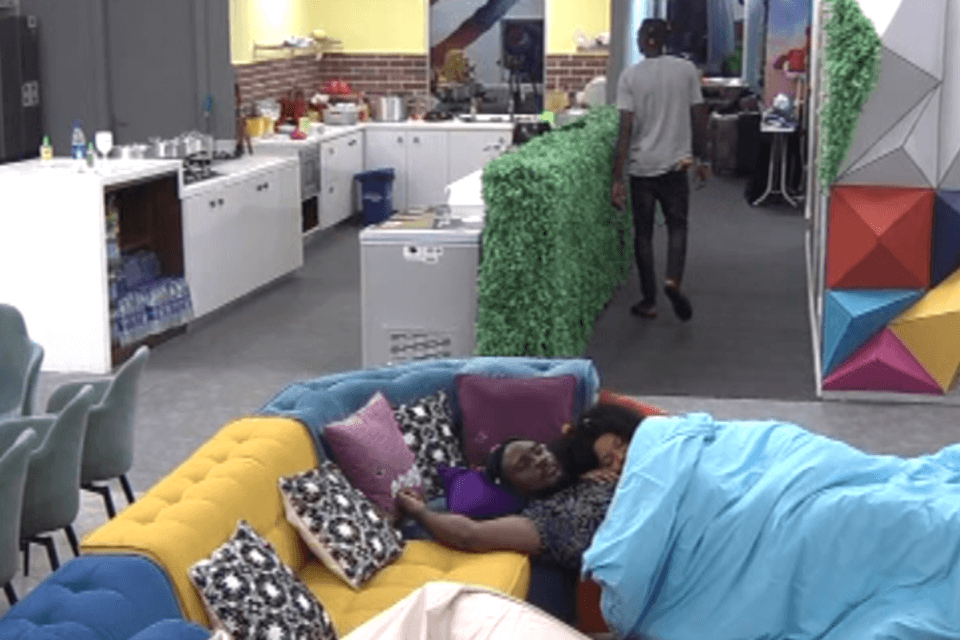 At the end of the Friday Jacuzzi party, Queen also made herself comfortable on top of Pere who was seated on a chair in the garden. It was a scene that makes us anticipate some spicy drama coming our way, or at least, for the next two days?

With Pere, Maria and Queen up for Eviction this Sunday, we can only wonder if a new Ship will sail, or immediately sink soon.

Video
Who blocked who? – BBNaija
Whitemoney and Queen explain the miscommunication that prevented them from shipping after leaving Biggie’s House.
Video
Last round with EmmaRose – BBNaija
Tega confronts Pere about his lack of support for her. Cross apologises to Saskay and EmmaRose explain their relationship one last time.
News
Day 30: Boma’s gist about Queen – BBNaija
The guys took some time out to analyse Ships and cruise in the House
News
Day17: Peria in the luxury suite – BBNaija
House under the Ship’s directive.