News
28 August 2021
An odd mix of art, fashion and football made the Bet9ja task an interesting spectacle.
Subscribe to watch

The #BBNaija Housemates had the time of their life today all thanks to the Bet9ja Task which was divided into two different unique activities. To carry out the Task, the Housemates were divided into four teams with each team having five members each.

The teams were Team Play Better, which included Jaypaul, Angel, Queen, Peace, and Cross — Team Live Better, which included Michael, Jackie B, Nini, Boma, and Liquorose. The third was named Team Dream Better and its members were Yousef, Sammie, Saga, Tega, and Saskay. The fourth and final Team was named Team Responsible Gaming and its members were JMK, Maria, Emmanuel, Whitemoney, and Pere. 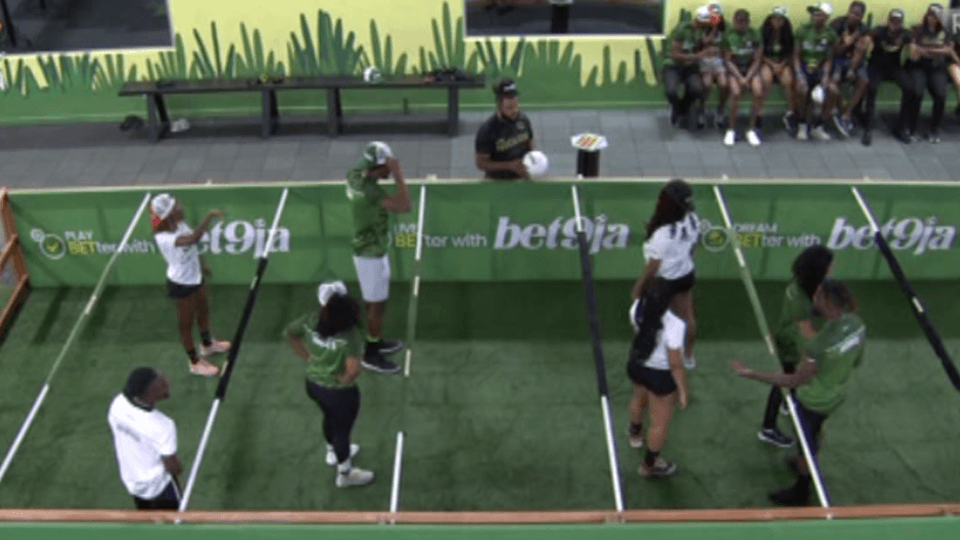 Each Team was instructed to use a representative to narrate the idea behind the selection of each design, and how the overall collection represents their team’s name. This was to be done while the other members of the team modeled the outfits.

The second part of the Bet9ja Task took place in the Arena. For this part of the Task, the Housemates were provided with customized Jerseys. Team Dream Better and Team Live Better were instructed to wear green jerseys. While Team Responsible Gaming and Team Play Better wore black and white jerseys respectively.

In the Arena, the Housemates met a mini-football pitch which was set up like a ‘human foosball game’. The second part of the game was divided into two rounds. In the first round, Team Live Better played against Team Play Better, while Teams Dream Better and Responsible Gaming were up against each other. 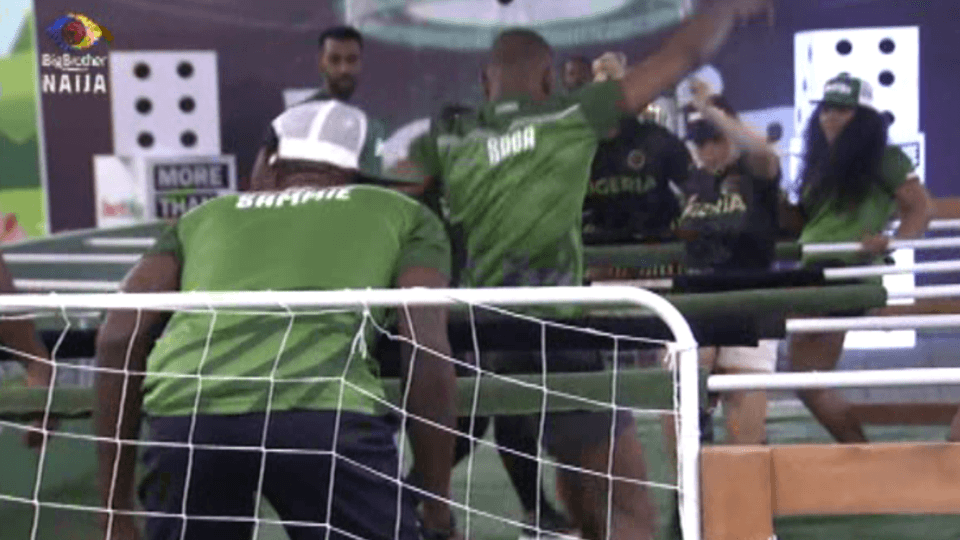 For each game, there were 2 halves of 5 minutes each.  After each half, the teams were instructed to change their positions on the pitch. For every game, the House had to nominate an umpire who served as the referee and ensured that the game was played according to the rules. The nominated Housemate was not to be a part of the team currently playing and his/her decision was final and bickering or arguing with them could result in the disqualification of the team.

After the games were played, Team that scored the highest number of goals was to be crowned the winners. Fortunately for Team Play Better, they scored the highest number of goals and were automatically pronounced the winners of second round of the task. For winning this task they were awarded the sum of one million naira to be shared amongst themselves. 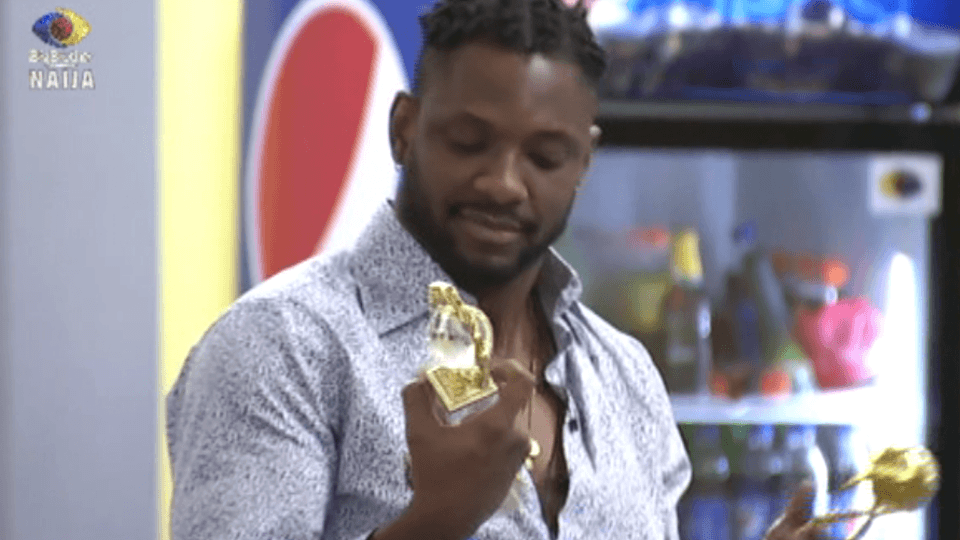 Judging by the criteria laid down for the first round which were: styling, creativity, message and storytelling, Team Dream Better gathered the highest points in that round and, as such, were announced the winners for the modelling and storytelling session.

Big Brother also acknowledged the outstanding performances of a few housemates during the football session, and decided to rewarded them accordingly.

News
Day 34: Getting ballsy at Abeg Football Night – BBNaija
A night of football for the Abeg Friday Night Task
News
Day 19: The Unbeatable Football Task – BBNaija
Housemates battle in teams to solve various puzzles in a task courtesy of Supersport.
News
Whitemoney shares his Okra Soup and Chicken recipes – BBNaija
Tasty meals are a delight and Whitemoney can take our money any day.
News
Post finale: Ebuka's epic table-shaking moments – BBNaija
The Housemates dread this moment but we live for and can't get enough of it.