News
27 August 2021
The BBNaija Housemates have trust issues and they give us insight during their Diary Room session.
Subscribe to watch

Trust is a big deal in human interactions, but it is impossible to trust everyone. There will always be trust issues. It is also true in the Shine Ya Eye House, and what makes matters worse is that this is a competition, and it is difficult to trust your fellow Housemates, especially when you are all scheming to win the golden prize.

When asked who they least trust during this afternoon's Diary Sessions, the Housemates had quite a list, but two names kept popping up and mostly for the same reasons.

Thanks to how they sealed their spots in the House, it is quite understandable that they topped the list. Maria and Pere went to great lengths to cover their tracks as Wildcards, and it doesn’t look like the Housemates have gotten over this.

Jackie B, Cross, Michael, Jaypaul, JMK, Whitemoney didn’t think these Housemates were to be trusted. They considered them manipulative, cunning, and dangerous. Sammie, Angel and Boma don’t trust anyone either, but they were also able to narrow down to Pere as their least trusted Housemate. Angel thought he wasn’t genuine even though her perception of him might be changing, while Saskay thought he was doing a little too much. In Maria’s case, Michael thinks she plays the game so well and that makes her untrustworthy. JMK also shared this line of thinking. She believes that she is not exactly trustworthy, and no one should take her words seriously. On the bright side, Housemates like Cross and Jaypaul thought they were good actors so that counts for something, right?

What’s wild though is that Pere, a Wildcard also doesn’t trust his fellow Wildcard, Maria. He called her sneaky, very untruthful and manipulative. Wow! Is there more to this?

Trust no one, always ‘guiding’

Tega and Emmanuel do not trust any of their fellow Housemates. Talk about serious trust issues. These Housemates are keeping their guards up all Season long. 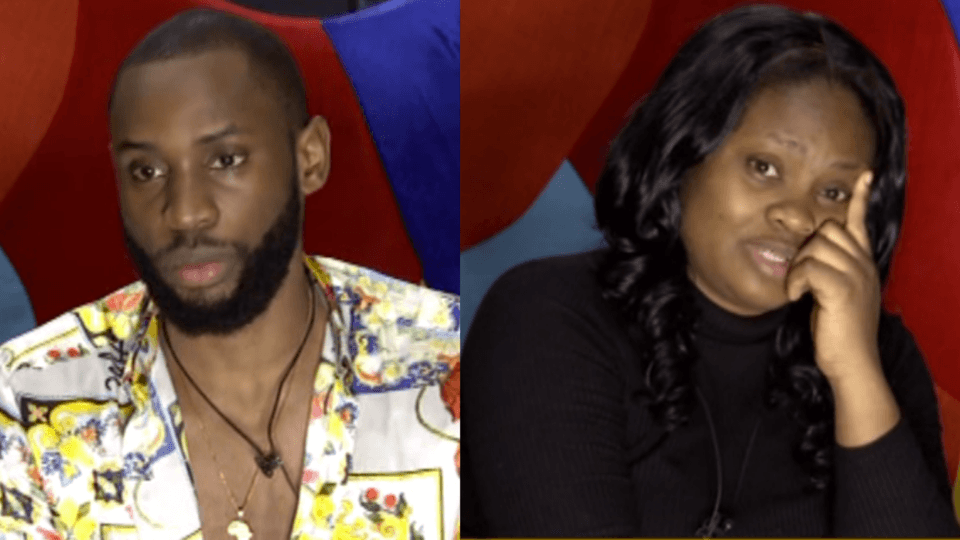 Liquorose explains that she is yet to figure Peace out and that’s why she trusts her the least. What makes this unusual is that Liquorose Saved her from possible Eviction this week by using her Head of House Veto Power. Hopefully, we get a deeper insight into why she feels this way. In addition, Cross does not trust Tega because he believes she causes chaos in the House. Yousef, on the other hand, does not trust Angel, claiming she is selfish and cannot be trusted. He won’t be counting on her if he got stranded in the desert. Peace blames Boma's dodginess as the reason why she doesn't trust him.

Once again, it is totally understandable that the Housemates don't trust each other, but they still need each other. Even though the ultimate goal is to win the grand prize, they still have Tasks they have to play in teams and success requires them to trust each other. Hopefully, they won't be so caught up in the game and forget to be amazing individuals that they each can count on.

Video
The geng is back – BBNaija
After months of being out of Biggie's House, the Shine Ya Eye Housemates return for what promises to be a spectacular reunion.
Video
The love dynamics – BBNaija
The romance in the House might not have blossomed into more, but Michael and Jackie B are still great friends while Yousef and Sammie reminisce on what could have been with Angel
News
Day 34: Partying with the Geng
It's another lit Saturday Night Party and we experience what it feels like partying with the BBNaija Lockdown Geng.
Video
Day 34: Talking about trust issues – BBNaija
The Housemates don't really trust each other especially two in particular. In this Diary Room session, they mention names and the reasons why.