Just two weeks after joining the #BBNaija House as a surprise Housemate, Michael has gained a lot of confidence about his "game" in the House.

Over a conversation with the guys, Yousef and Pere, Michael made it clear that he knows what the girls are thinking and how Ships and cruise will shape up in the House.

He narrated a story about the beef he experienced with Jackie B and Angel in his early days in the House and he seemed to be chuffed by his presence in the #BBNaija ladies’ lives. Before we repeat what you already know about his emerging Ship, let’s take you through Michael’s vision of the unfolding of the Big Brother Naija reality show for the next five weeks. 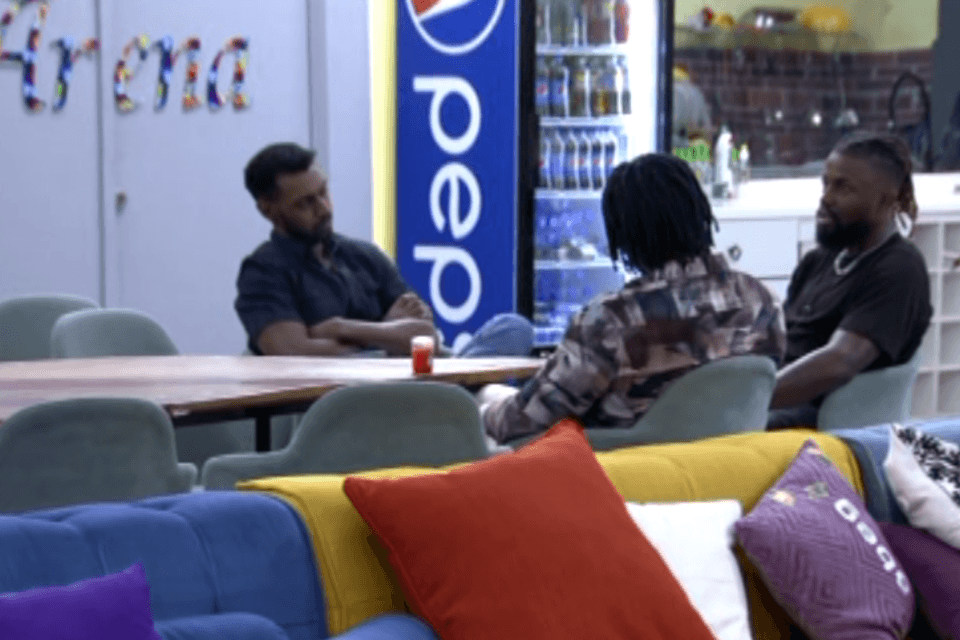 Apparently, we don’t know human behaviour as well as Michael does because he seems to have women all figured out. He believes that the Shine Ya Eye ladies are putting on a front, yet the guys are being "real". “The girls want to flip the conversation, saying the guys don’t want to make moves,” he said. He is also sure that all the girls are starting to show interest in him after they noticed him spending more time with Jackie B. 👀 Talk about confidence!

We have already enjoyed many fantastic Friday Jacuzzi Parties and Saturday Night Parties, but Michael is convinced that the wildest are yet to come. He said he has been holding back in the last two parties in the House, but best believe, he promised the boys that he will bring on his worst behaviour to the dancefloor at future parties – as long as he has a hot beverage on hand, which is always promised by Biggie.

After five weeks of shyness and the girls’ apparent ‘front’, the ‘Bruh’ maven has concluded that blankets will be seen shaking soon in the #BBNaija House. Especially, with the upcoming Eviction Sunday, he is certain that Housemates are going to let down their guard, and engage in some "aggressive cuddling" as long as there are peng tings, attraction and the right temperature. The air conditioning level in the House is allegedly planned according to Michael’s observation, so he trusts that it will be cold enough one of these days for some blanket action to take place. 😉

Please don’t come for us geng! These are all Michael’s predictions, not ours – in case none of this comes true.

Gallery
Biggie's return media briefing – BBNaija
Busola Tejumola, Executive Head of Content and West African Channels, MultiChoice Nigeria, hosted members of the press as she announced Biggie's return for the Seventh Season.
Video
Last round with EmmaRose – BBNaija
Tega confronts Pere about his lack of support for her. Cross apologises to Saskay and EmmaRose explain their relationship one last time.
News
Day 30: Boma’s gist about Queen – BBNaija
The guys took some time out to analyse Ships and cruise in the House
News
Day 35: That Pere and Queen Ship – BBNaija
As the Peria Ship falls apart, a Queen hops into the picture.