Day 33: Housemates do the limbo – BBNaija

News
26 August 2021
The Housemates find out how low they can go in an exciting game of limbo.
Subscribe to watch

An otherwise laidback morning soon became animated as the Housemates played a thrilling game of limbo. Soon after the workout and cleaning session, the Housemates went to their respective bedrooms for a nap, but Biggie had other plans. Head of House, Liquorose was summoned to the Diary Room and instructed to take the geng out to play a fun game.

How low can you go?

They had to play a fun game of limbo where each contestant had to cross under a bar. Those who crossed successfully proceeded to the next round. The bar was lowered every round, and it soon became a contest of how low each Housemate could go. At first, it seemed easy, but as the bar went lower, the Housemates started to tap out. 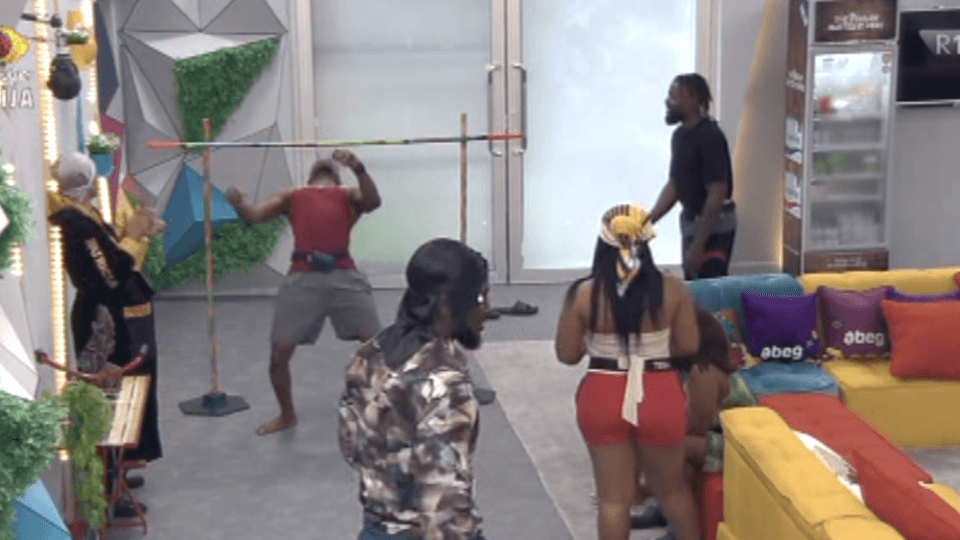 Push it to the limit

Both the Shine Ya Eye fellas and the ladies gave a great show. Even though they were both divided into separate groups, they still played the same rounds with so much energy. Turn by turn they each went trying to see how low they could go. Emmanuel and Tega were both great sports despite experiencing physical discomfort during a previous game. Both played the game enthusiastically and were able to advance further before eventually tapping out.

Like every fun game, there will always be a group of people on the sidelines cheering the team on.  For this game, we had Liquorose and Saga. Despite the fact that they were officiating the game, they were amazing cheerleaders who encouraged the team. They weren’t the only ones. Other Housemates who tapped out early also cheered for each Housemate as they went under the bar. 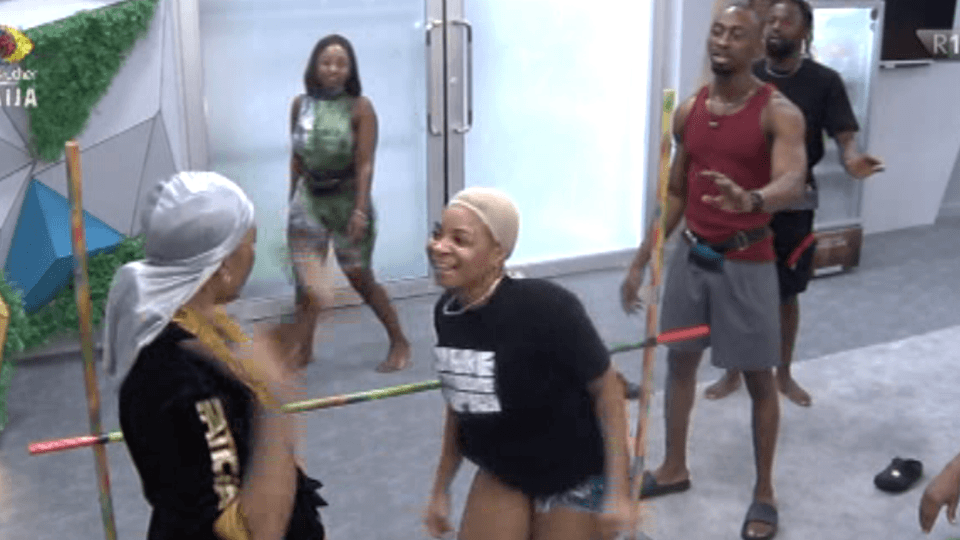 Even though Saga was cheering for all the Housemates, his cheer was always the loudest when it was Nini’s turn and when it seemed like rules might have been infringed upon, he was there to argue her case and justify her method of play. Talk about couple goals. Nini wasn’t the only one who enjoyed the luxury of her man fawning over her, Saskay was also lucky. From Cross to Jaypaul, Saskay had all the affection and support she could ever need from playing the game.

Watch them do the limbo here

It's always nice to see the Housemates having fun, especially with Eviction lurking. Let's see how long they will keep this good vibe going. Remember to Shine Ya Eye.

Cross, JMK, Maria, Pere, Queen, and Sammie  have been Nominated for Eviction this Sunday . You can  VOTE  to Save your favourite Housemate via the Africa Magic website  HERE  and the  Africa Magic mobile site  by selecting contestants of your choice and entering your number of votes and click  VOTE. Voting via these platforms is limited to 100 votes per user.  You can also download the  MyGOtv  and  MyDStv  Apps for additional  Votes.  Votes  are free and  Votes  are allocated based on your subscription packages. The voting window closes by 9pm on Thursday, August 26, 2021.

Video
Day 33: Phyna and Groovy set their Party rules – BBNaija
Phyna and Groovy discussed what they can and cannot do with their fellow Housemates of the opposite gender at the Pool Party.
Video
Day 33: Chichi gets her punishment – BBNaija
The Level Up Housemates spent the day perfecting their Wager Task while Chichi got her punishment. For her punishment, Chichi is to repeatedly write the sentence: I will never destroy the property of my fellow Housemates.
News
Day 33: It’s too calm in here – BBNaija
JMK isn’t too comfortable with the calm disposition of the Housemates.
News
Day 50: Five things the Housemates can do to get by
We can't have our Housemates bored in the House, so we listed five things they could do to keep the good vibes going.