Day 21: Whitemoney is back in the kitchen – BBNaija

News
14 August 2021
The last has not been heard about the kitchen drama in the Shine Ya Eye House.
Subscribe to watch

Last night, the House saw a major altercation over the kitchen reshuffle. There were lamentations of hunger in the House with Housemates complaining of not having anything wholesome to eat all day. 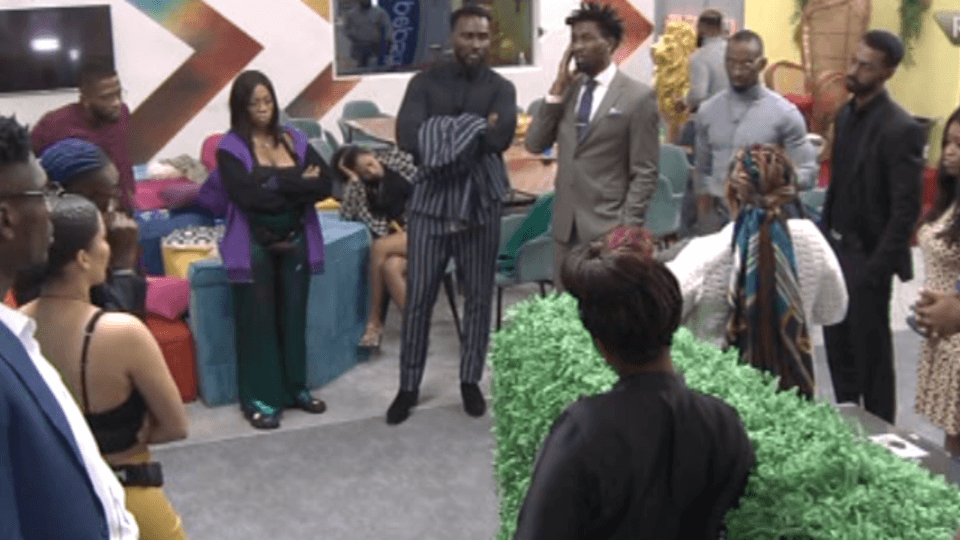 There were several aggrieved parties whose complaints revolved around two issues: the kitchen reshuffle didn't work for them and feeding had become a challenge. Pere and Maria tried to keep the system they orchestrated in place, but it was quite obvious that a larger population of the House couldn’t work with the new arrangement.

Angel on the edge

After being insulted, accused of making food for just herself and bad kitchen mismanagement, Angel decided to call a meeting after their debate. Referring to Queen who had earlier insulted her and called her names over food, Angel made it clear that she would no longer take insults like that anymore. She cited how hard it was to make food for Housemates with varying tastes and clean up after them. 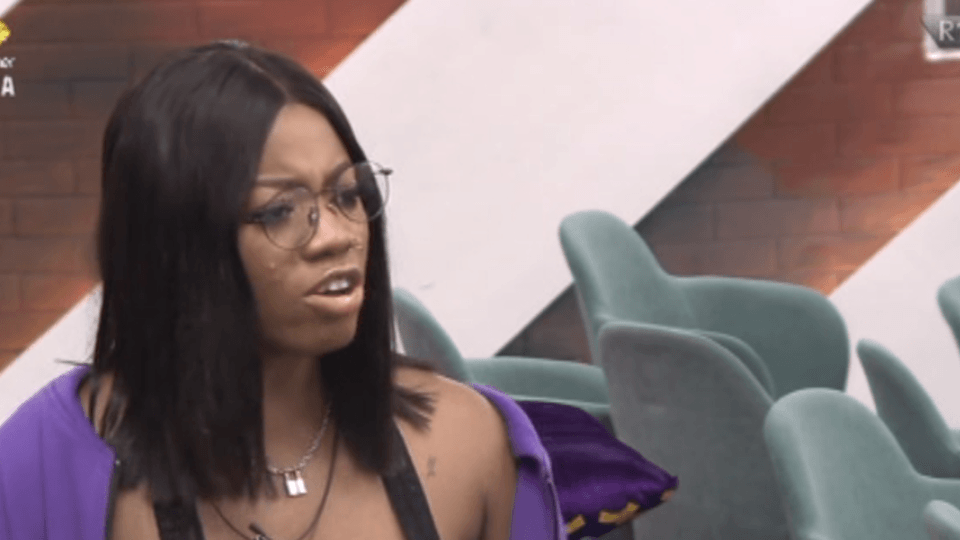 Holding down the fort

With his plan of loosening Whitemoney’s grip of the kitchen on the verge of backfiring, Pere took it upon himself to salvage the new system he had instituted. As he grasped at straws to keep things together, Pere attempted everything from suggesting cooking rosters to sharing the remaining noodles. Disappointed by their behaviour, he reminded them that they were here to play a game and their inability to run a kitchen reflected badly on them. “Some of you have forgotten why you are here… you seem to think you are on vacation,” he said. “I put you, you and you in charge of the kitchen and none of you could take the initiative to cook,” he further added rebuking them for what he considered as incompetence. 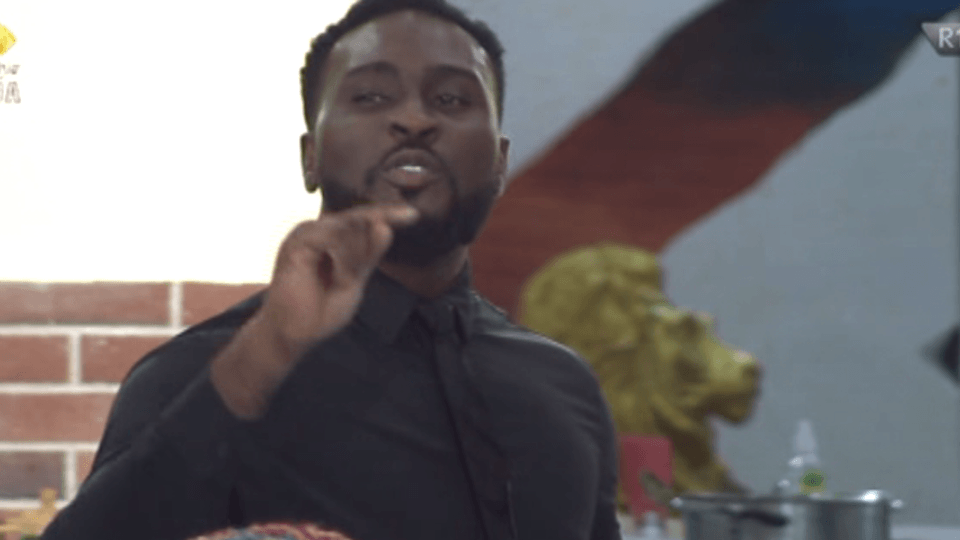 Hangry (hungry and angry), Nini slammed parties whom she felt were hellbent on frustrating Whitemoney cooking in the House. Lashing out at no one in particular, but could've been targeting Pere, she said, “If it is his strategy, so what? He is working hard for it… He is slaving for that strategy. “Do you know what it means to cook every day?” Also upset, Princess asked why those who believed Whitemoney was using cooking as a strategy never came to cook?

Clearly, you can’t change guards without creating an orientation process for the new hands. Whitemoney hammered on this point. He blamed the breakdown of the kitchen system on how he was eased out without teaching the new hands to take charge of the kitchen. "Just two days and chaos everywhere," he said. 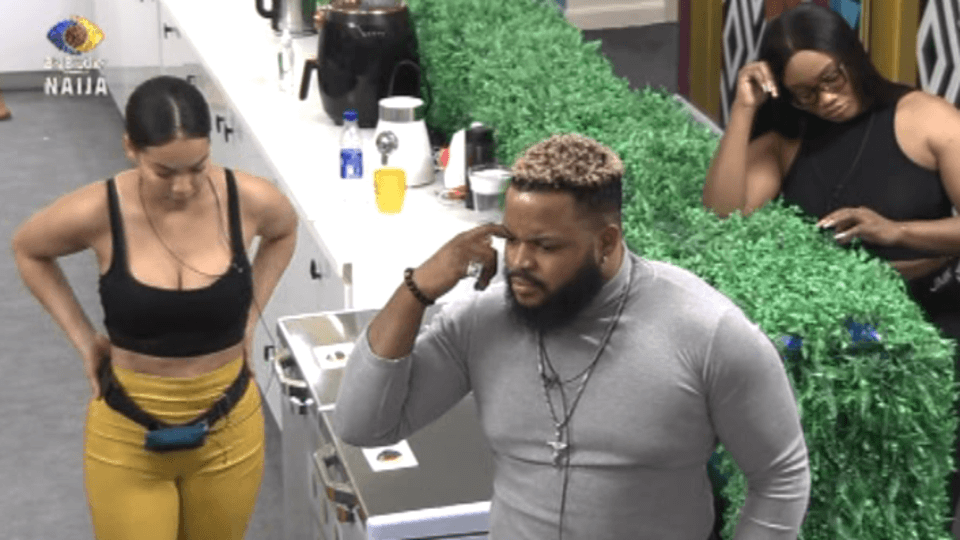 Given Tega announcing her retirement plans from kitchen duties and Princess' resentment of side conversations with the Housemates about the meals they cooked, it didn't take too long before Whitemoney got back behind the stove to take over the cooking. 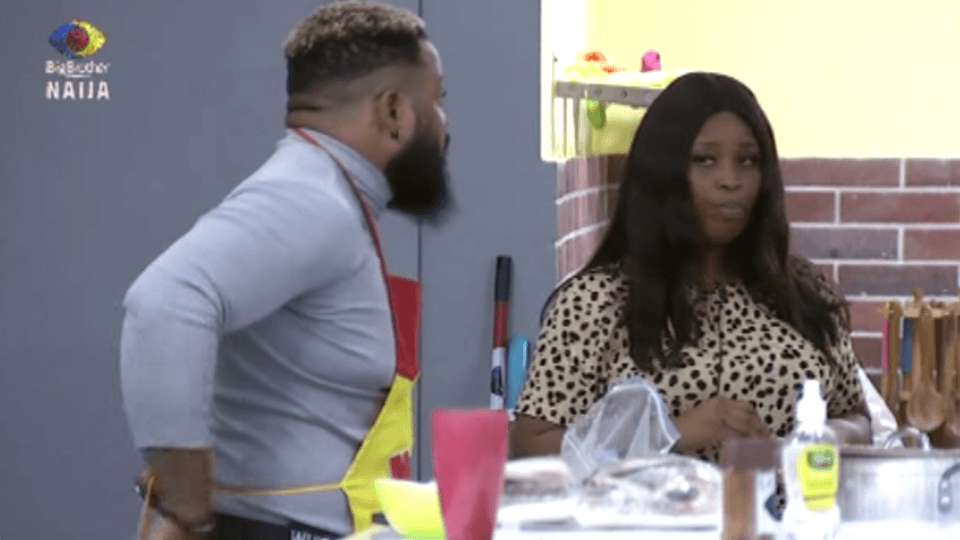 The House had another issue with food hoarding, and Pere, trying to fix the problem, asked everyone to share what was left of the noodles. He also wanted to go for a particular drink Princess loved, accusing her of hoarding it. Angered by that comment, Princess told him she didn’t care if he was the HoH, she’d let him have it. The altercation soon degenerated into a shouting match.

In the aftermath of Whitemoney's return to the grill and also cooking for the House, it seems all of Pere's efforts might be wasted. Just like Nini pointed out, Pere and Maria just made it obvious how important Whitemoney is. 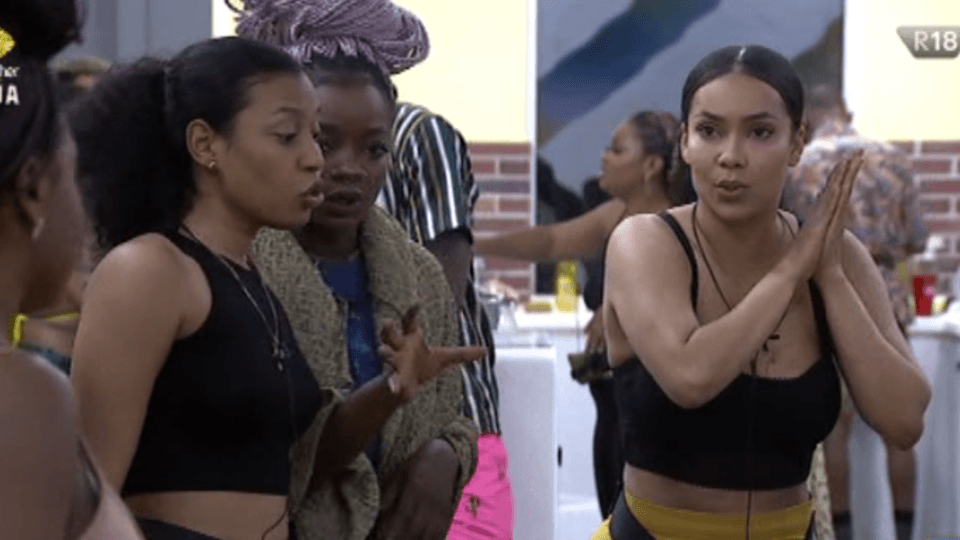 In other news, Whitemoney might have a love interest in the House. After the squabble in the kitchen, he asked Jackie B if he could take her out after the show. “If by the end of the show, you're not in anything serious. I'd love to take you out,” he said. Shine Ya Eye #BBNaija Fam, we might be in for a triangle.

Video
Day 21: A sweet surprise– BBNaija
After a long day of preparing and taking part in the weekly Wager Task, The #BBNaija Level Up Housemates get a sweet surprise from Johnnie Walker.
Video
Day 21: Hermes and Allysyn talk about their feelings – BBNaija
After getting Adekunle's blessing, Hermes revisits a conversation he once had with Allysyn about the possibility of them being an item.
News
Day 68: Whitemoney's kitchen journey – BBNaija
Whitemoney's time in the kitchen will best be remembered as a time of tasty meals and spicy conspiracy theories.
News
Day 61: Nini is back in the House – BBNaija
...and she is mum about whereabout insisting she was in the House the whole time.