News
14 August 2021
There was lots of bumpin' and plenty of grindin' at last night's barbecue.
Subscribe to watch

Following a jam-packed evening of debate, hunger, and trading insults, the Housemates finally put it all behind (for the moment at least) and let their hair down in a very sexy way at the Friday Jacuzzi barbeque.

At first, it had looked like the fierce fighting over food had put a damper on the festivities, and the night would go bust before it had even started, but not on Cross's watch! As military man Pere divided up the noodles and Princess went on a loud tirade, Cross walked around the House yelling "The Jacuzzi is now open and whether you are hungry or not, it's time to party" in the direction of anyone with a working ear.

Reluctantly, but clearly needing the break, the Housemates shook off the bad vibes and headed to the bedrooms to change into tiny bikinis and shorts.

The ice-cold Guinness was hauled out and so was the grill, which was immediately fired up by Whitemoney, who is back in the kitchen. The meat he and Angel had marinaded was thrown on - and with Biggie providing the soundtrack, it was time to party!

At first, the ladies danced coyly, whining to the beat while staring at their reflections in the House mirrors, but after a couple of drinks, it was on! Queen gave everyone a show as she twerked like a pro. Pretty soon, Boma sidled up to her and the two did so much bumping and grinding, they looked like they were in a sexy 90s music video; a music video of the H-Town "Knocking Da Boots" variety.

Not to be outdone, Maria got into the zone and got down with Cross, Boma and Michael, and wiggled with all her might. Later, she looked like she was regretting everything and had to be whisked away by Liquorose who got her into bed. 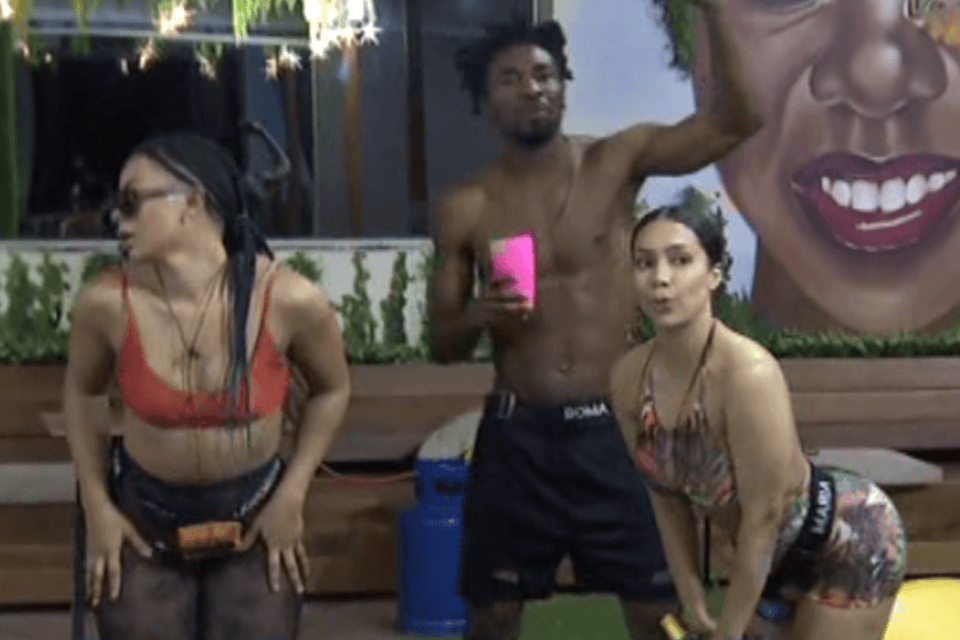 Saga was glued to Nini the whole night (no surprises here) and after dancing outside the Jacuzzi, the two decided to jump in and get wet. Saga pinned Nini to a corner as the jets blasted and spent the rest of the evening bobbing around with the apple of his eye.

We're not sure if this means they are now on talking terms, but Angel gave Sammie what looked to be an impressive lapdance. Nothing like a good ol' booty-hop to break the ice and ease tensions, huh? 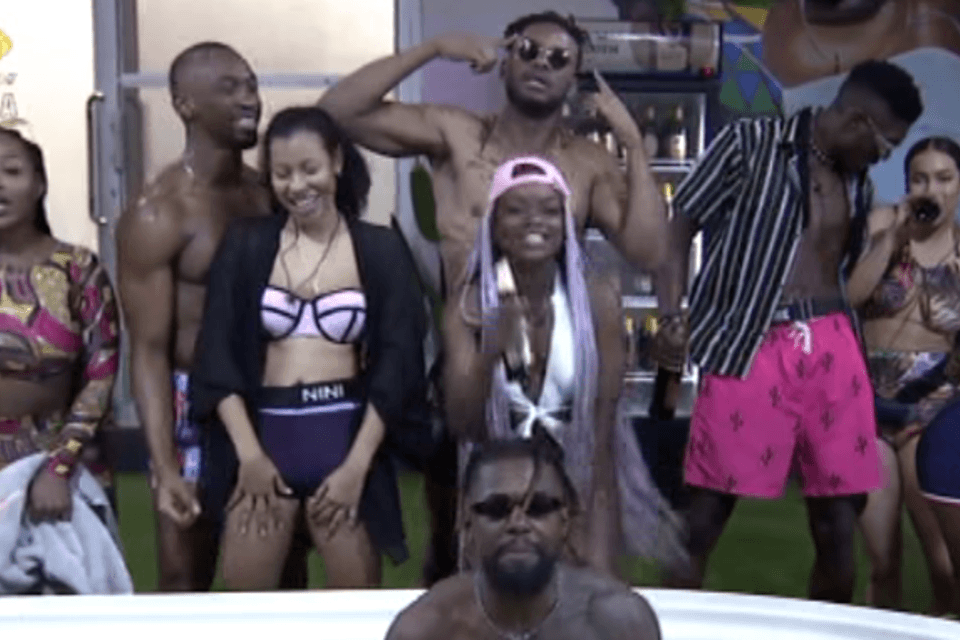 Peace, on the other hand, was having so much fun she almost climbed the pillars in the garden. She and Cross got down in a corner, then Jaypaul appeared out of thin air and took over. Later, when a giggly Peace told Michael she wanted to talk to him, Arin immediately whisked her away.

Liquorose, as we have come to expect, left her whole soul on the floor and danced like she was in battle. Head of House Pere didn't interact much at the party, choosing instead to dance next to Whitemoney and the grill, dark shades plastered on his face. Keeping an eye on the chicken, perhaps? 👀 Just kidding, Pere. 😂 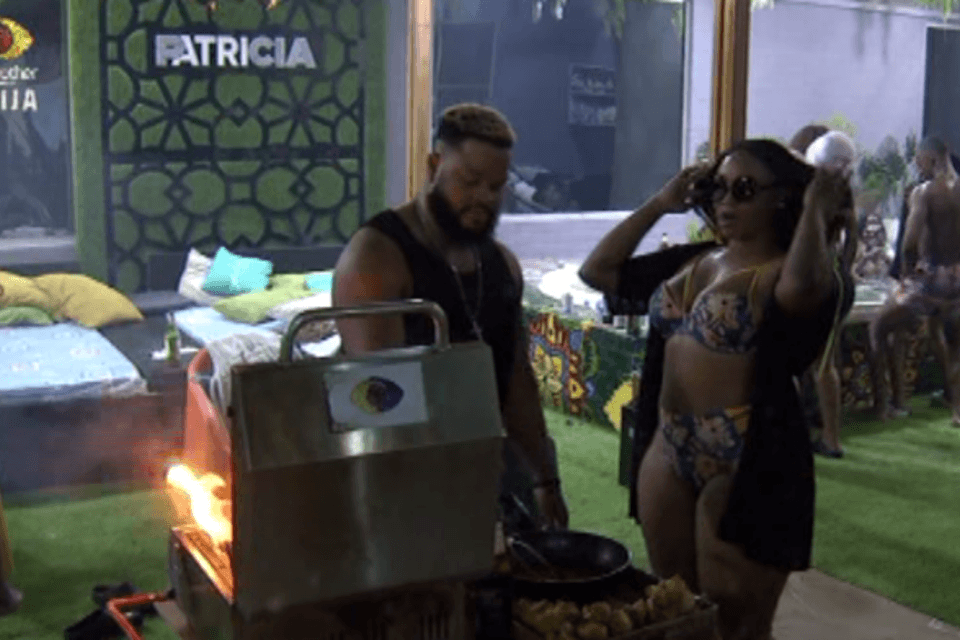 What was peculiar though is how he seemed to avoid Maria, the object of his affections and current Deputy Head of House. When she splashed water on him and tried having a conversation as he was dancing in the Jacuzzi earlier in the evening, he didn't seem interested. Yikes!

All in all a successful night that ended with hungry mouths being fed and ships being strengthened (we hope?). One person who had a rough end to her night however, is Tega.

"Who unlaid my bed?"

Video
Day 21: A sweet surprise– BBNaija
After a long day of preparing and taking part in the weekly Wager Task, The #BBNaija Level Up Housemates get a sweet surprise from Johnnie Walker.
Video
Day 22: Ilebaye speaks on party drama – BBNaija
Ilebaye explains to Groovy, Kess and Bryann about her encounter with Chichi at the #BBNaija Saturday Night Party and why she took the actions that angered Chichi.
News
Day 49: Forgotten Jacuzzi kisses – BBNaija
Some unexpected members of the Shine Ya Eye geng got close last night!
News
Day 28: Everybody is a winner – BBNaija
Millionaires, Task celebrations and new Shipping opportunities continue.