News
13 August 2021
Points were made by both sides, but the winner still remains a mystery.
Subscribe to watch

For their Abeg Task this week, the Shine Ya Eye Housemates were asked to organize and hold a debate on finance. Divided into two teams, they both reeled out points trying to counter each other and secure victory. The winner hasn’t been announced yet, but a few Housemates are already smiling to the bank.

For this debate, the House was divided into two teams of male and female. The two teams had to deliberate and unanimously choose one topic from the options below:

They eventually went for the former and retired to different sections of the House to prepare to deliver a phenomenal debate.

Stunned by how dashing the Housemates looked when they arrived at the Arena for the debate, Biggie suggested they open up with an impromptu fashion show to show off their attires. Turning the Arena into a fashion runway, the Housemates strutted like models from international fashion shows. 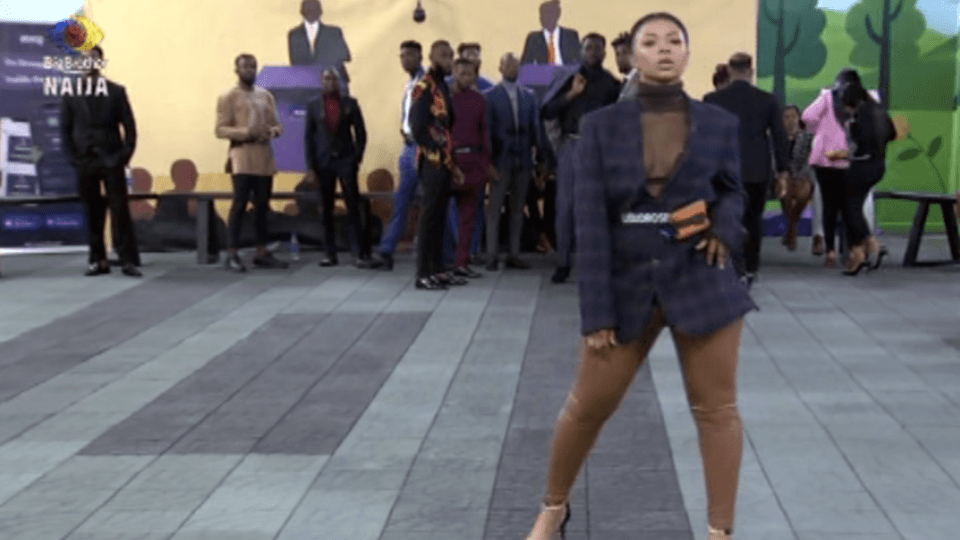 Done showing off, the geng got down to the business of the day – the debate. The gentlemen kicked it off with Pere and Sage representing the guys for the first round. They both succinctly made their points justifying the need for couples to operate joint accounts. Up next were Saskay and Peace who came to counter the points the boys made and point out how women stood at a disadvantage operating joint accounts. There were two more rounds after that with Cross, Jaypaul, Boma and Michael representing the guys while Angel, Maria, Nini and Arin represented the girls. 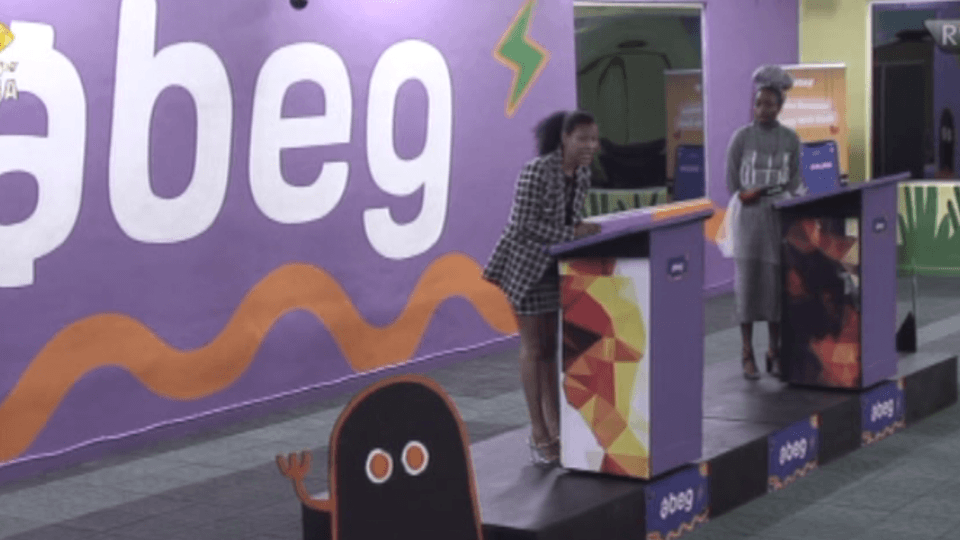 At the end of the debate, Biggie felt some of the Housemates deserved a reward Jackie B Boma, Emmanuel Liquorose, were the recipient of this reward. He gave each of them 250 Abeg Nair for their outstanding look. 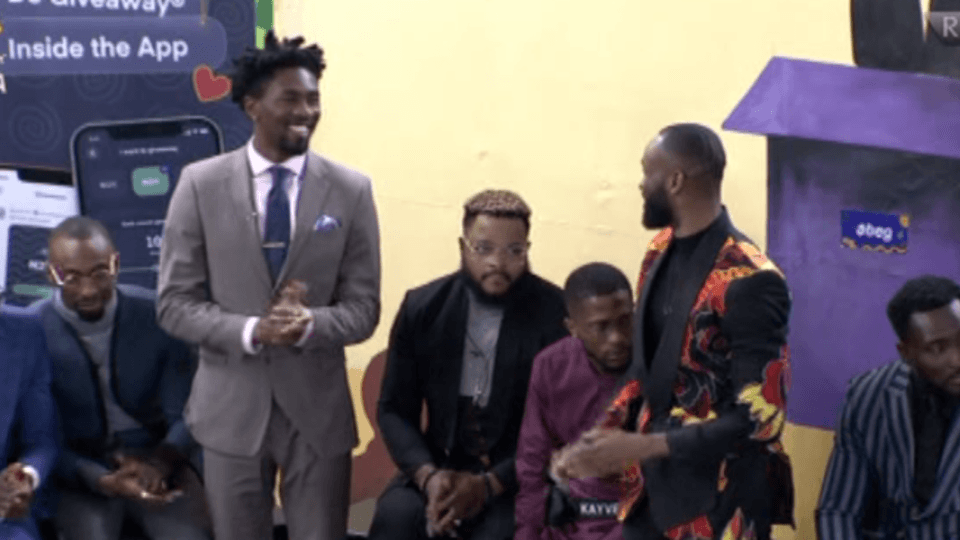 Peace who delivered a phenomenal presentation during the debate was rewarded by Biggie for her eloquence. He gave her 500 Abeg Naira. For the eventual winner of the debate, they will have to wait a while to find out. 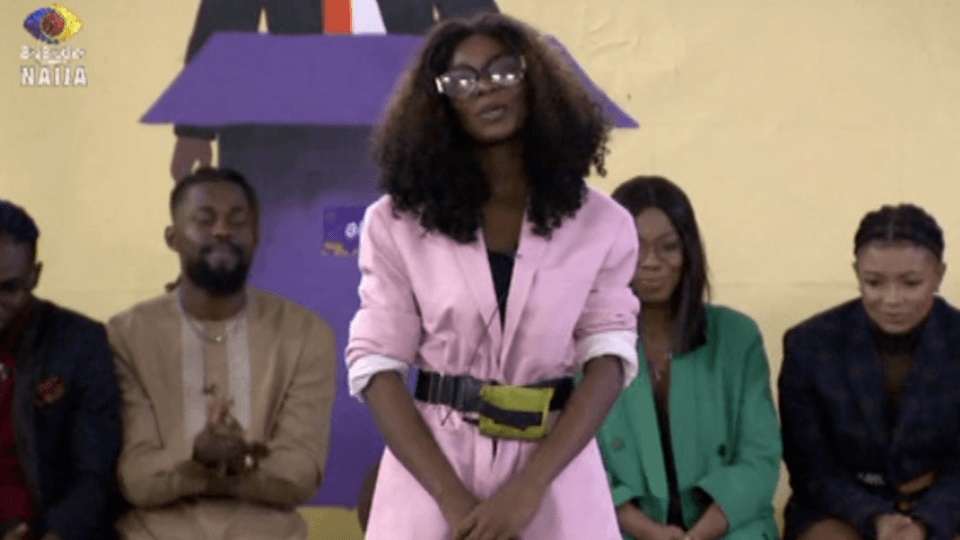 For infringing on House rules, Maria, Liquorose and Peace are barred from the HoH bedroom for the next two weeks starting from Monday. Whether they win HoH or not, they will sleep in the common bedroom. This punishment was meted out to them because Maria invited both Peace and Liquorose into the HoH room. A privilege reserved only for the Head of House. 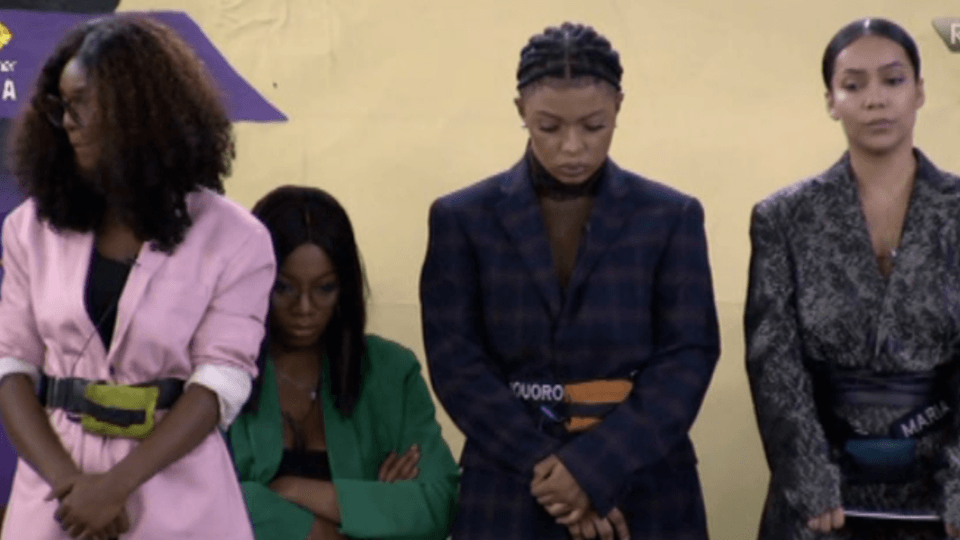