News
12 August 2021
Housemates battle in teams to solve various puzzles in a task courtesy of Supersport.
Subscribe to watch

The Housemates will be divided into four groups in order to take part in the Task. The groups are; Team Premium, Team Compact, Team Max, Team Jolly. A box containing the team names was provided and each Housemate picked one card from the box. Housemates who picked the same team names will play as a group.

The team who accurately solves their puzzles in the earliest time wins the round. If at the end of 60 minutes, no team is able to solve the puzzles, the four teams will automatically earn zero points for the round.

The second phase of the Supersport “Unbeatable Football” Task involves the Housemates performing an Art Task where they creatively explain what "Unbeatable" means to them, through painting or drawing. Their painting must exude what they feel “Unbeatable” means to their team from their experiences around family, work and lifestyle in general. 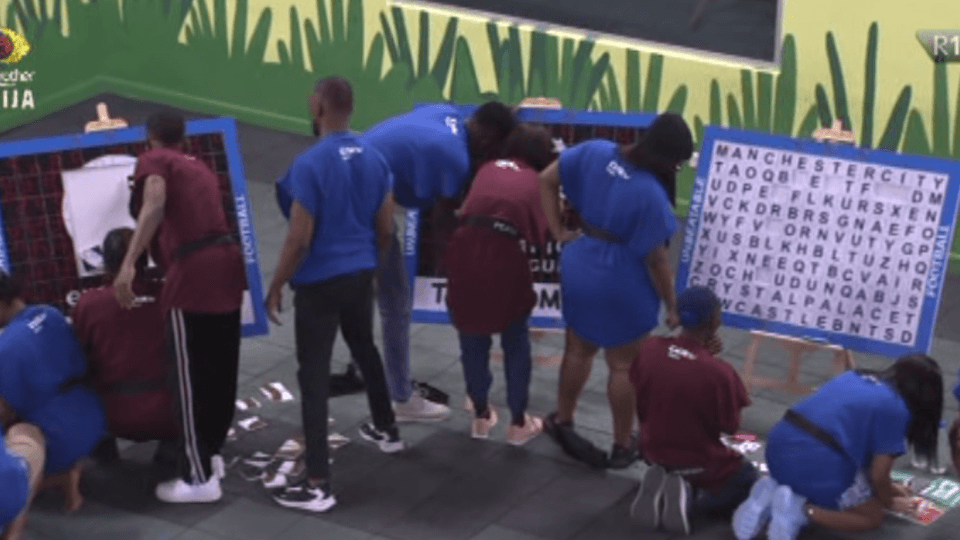 Housemates will have 60 minutes to brainstorm and discuss their ideas before proceeding to the Arena for the painting challenge. Each team will be given one hour to make their painting.

After the painting session, each team will have 5 minutes to present their painting and share with Big Brother the inspiration behind their art piece.