News
06 August 2021
A few Housemates have won a million Naira for an amazing presentation.
Subscribe to watch

Saga, Whitemoney, Arin, Yerins, Angel, Beatrice and Tega all comprising of Team Three were crowned winners of the Airtel Task. To reward this feat, they were awarded the sum of One Million Naira. the entire House also got an Airtel Mifi each as a reward for their efforts in completing the Task. 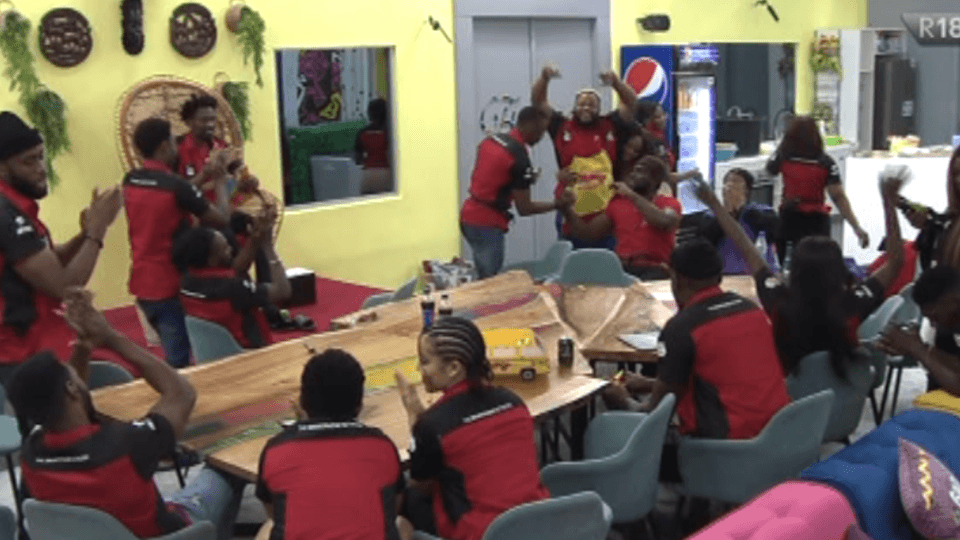 Pulling off a sequel
The Housemates proved they weren’t just a one-hit-wonder when it comes to delivering Tasks creatively. They showed that they were indeed a bundle of talent as they executed their Airtel Task. The final part of the three-part Airtel Task was the creation of a sequel to the Airtel Ghost Advert. This looked like a tall Task at first, but the Shine Ya Eye Housemates proved they were up to the Task.

Breaking into teams
To get started, the Housemates were divided into three teams and off to separate quarters they each went, to work on their scripts. They spent the best part strategizing and perfecting their scripts. The preparations reminded us of their first Task but with fewer altercations and clashes of ideas. They seemed to carry on with ease and were focused on delivering perfection. 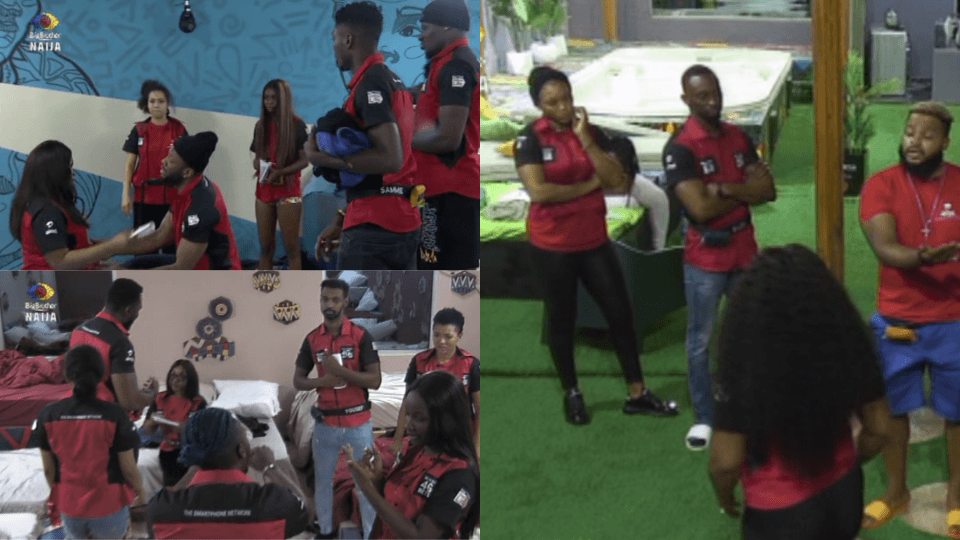 Showtime
Team Three comprising Beatrice, Yerins, Whitemoney, Tega, Angel and Arin was the first to make their presentation. Showcasing what it means to not be heard due to network issues, the team delivered what they considered the perfect sequel to the Ghost Ad. Team Two comprised of Nini, Liquorose, Pere, Jaypaul, Jackie B and Yousef, also emphasized the same point and ended with a medley. Team One comprising Emmanuel, Maria, Cross, Niyi, Peace, Boma, Princess and Sammie wrapped up with their presentation that featured a pregnant Maria who couldn’t get through to her husband due to network issues. 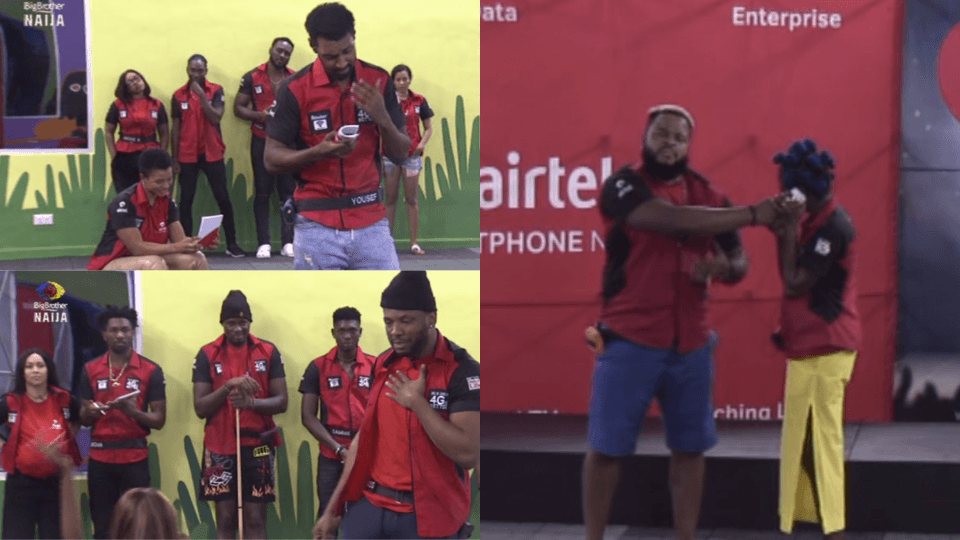 As amazing as their performances were, there could only be one winner. Congratulations to Team Three. Moving on from the Task, the Housemates already have their eyes focused on other Tasks and judging by the cash prize awarded, they plan to take all their Tasks even more serious. They know there’s a lot riding on it.

Video
Day 6: The Weekly Wager brings out talents in the House – BBNaija
After receiving their Task on Monday, the Level Up Housemates had a week to prepare for Friday's presentation. They organised themselves into groups of four and took to stage to showcase what they have been practising. Tonigh, the no sleep geng had an opportunity to meet actors, dancers, singers and artists. Level 2 took the win and displayed the most creativity, originality and organisation. They walk away with 1500 Pocket Naira to buy luxuries and a Pool Party next week.
Video
Day 6: Level 1 expresses disappointment in losing the Weekly Wager – BBNaija
There was joy and celebrations in the Level 2 House after walking away as this week's winners of the Weekly Wager. But on Level 1, tensions rose as Housemates expressed why they think they lost the Task Presentation. Whilst Level 2 Housemates collected their Pocket Naira to buy luxuries, Level 1 Housemate Hermes was shouting to his fellow Housemates expressing his frustrations about comparing themselves to the winning House.
News
Day 39: The geng get CloseUp – BBNaija
The Housemates get busy with a new Task from Close Up
News
Day 34: The geng have trust issues – BBNaija
The BBNaija Housemates have trust issues and they give us insight during their Diary Room session.