News
05 August 2021
The BBNaija Shine Ya Eye Housemates have their hands full with the Airtel Task.
Subscribe to watch

After completing their first Token Challenge, the Shine Ya Eye Housemates have another Task on their hands and this time, it’s the Airtel Task. This Task has been divided into 3 parts. The instructions for each activity will be given to them when the time comes. 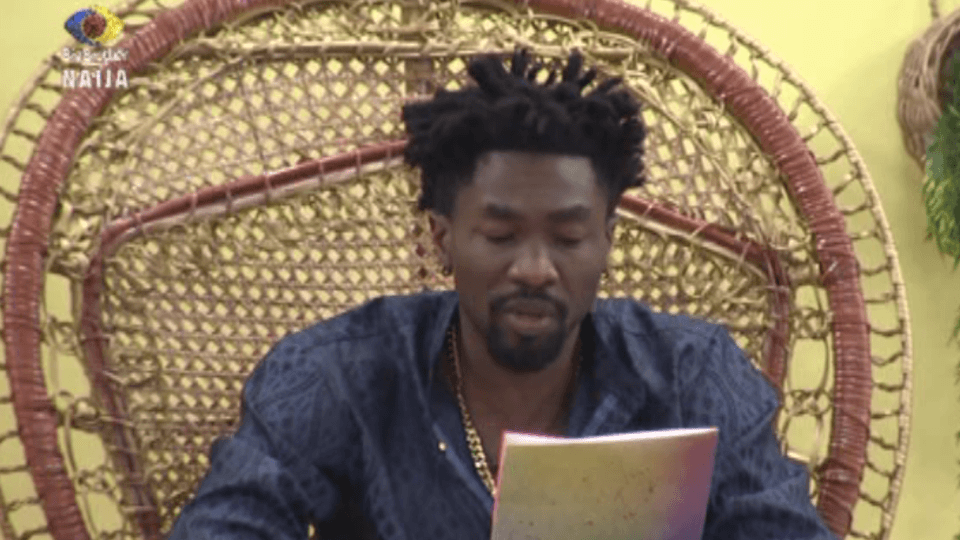 The First Task
Attached to the Brief was a big airtel envelope containing 22 smaller envelopes for each Housemate. The Head of House, Boma proceeded to distribute the envelopes to all Housemates with their corresponding names. Inside each small envelope were instructions for the first Task. They were not allowed to discuss or disclose the information written inside their envelopes. Any Housemate who breaks this rule will automatically be disqualified from the Task. The Housemates had only one hour to complete this first Task. The sound of the buzzer will signify when they were to start and when to end. Airtel merchandise was also provided for them. It wasn't too long after each Housemate got their merchandise and envelope that the buzzer went off. Not wasting any more time, the Housemate got down to the business of executing their first Task. 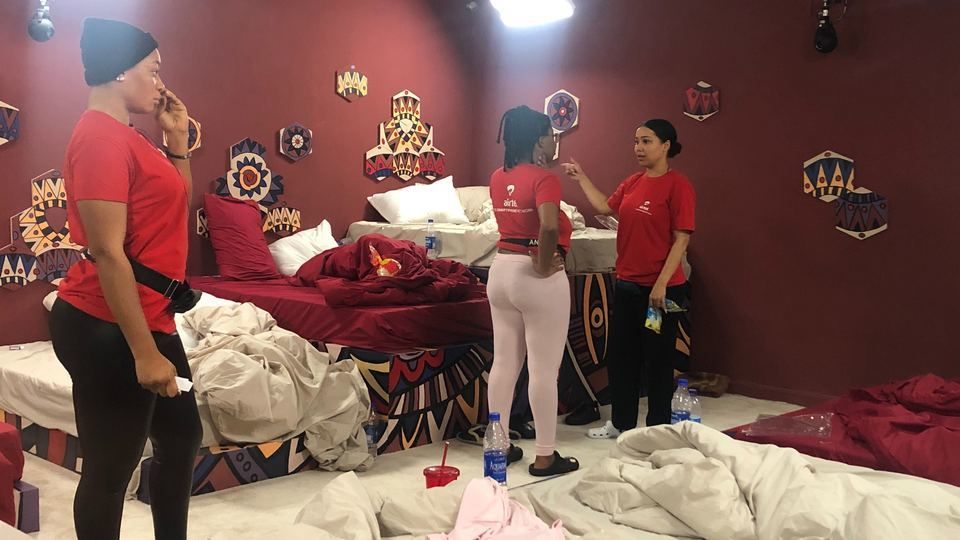 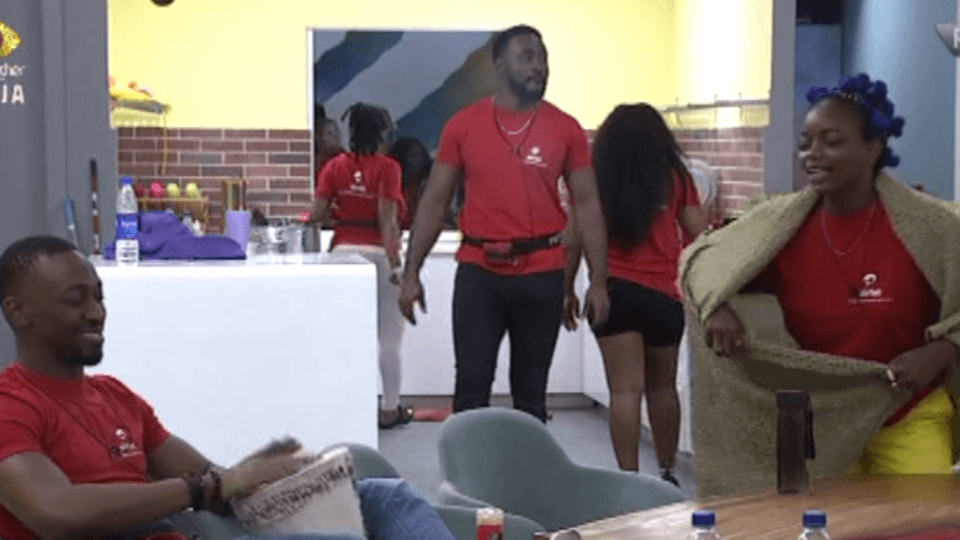 The rest of the Housemates

They were to completely ignore Saga and Arin. No interactions, no touching, no eye contact, nothing. They were to act as if they do not exist while going about their regular activities. They were not to talk, smile, play, blink, or even give as much as a sign to both of them. 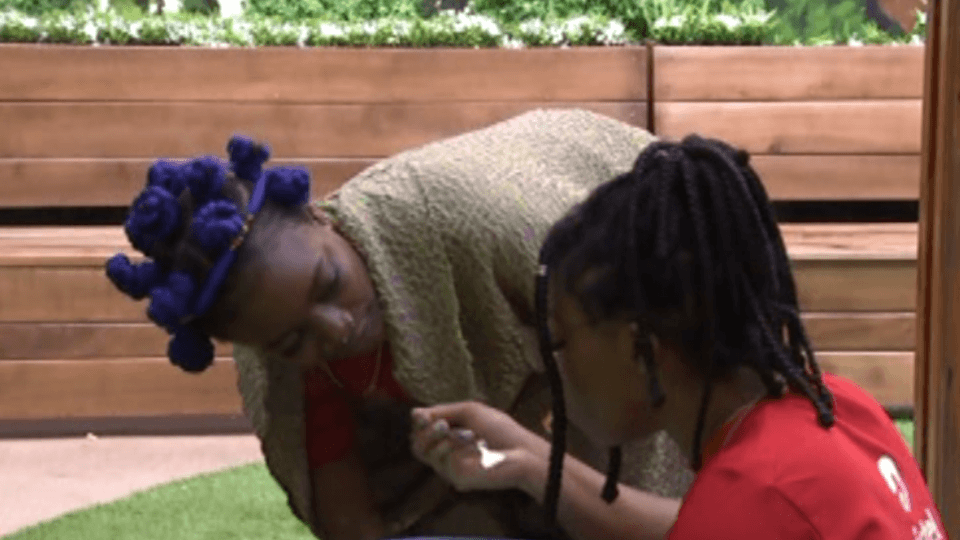 Done with the first part of the Airtel Task, the Housemates soon moved to the second part. For this part, all the Housemates were asked to gather in front of the TV in the lounge to watch a video. 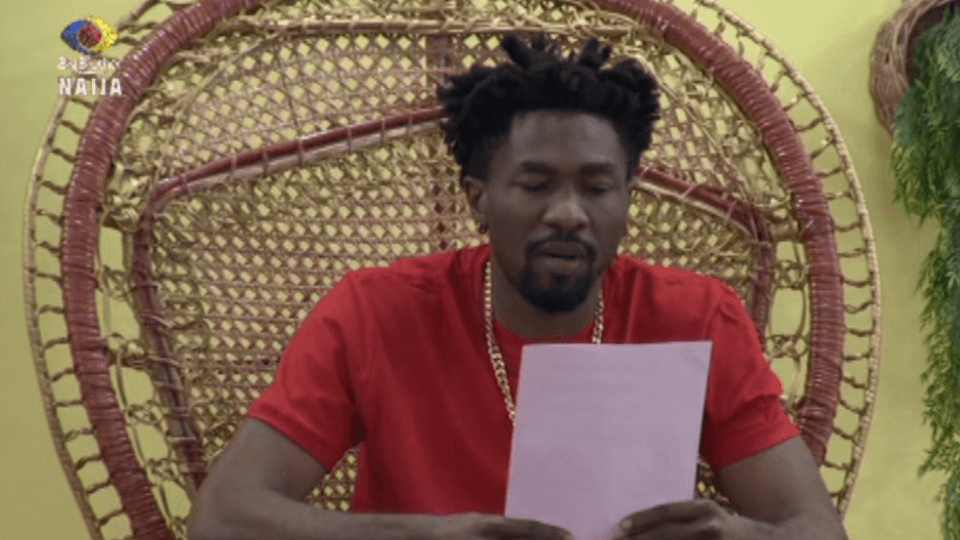 Immediately after they finished watching the video, they each had to take turns answering if they had ever been ghosted on before due to network issues and their first reaction was when they found out they didn't have access to the internet. They had only 30 minutes to carry out this activity and they were to be guided on when to start and when to end by the sound of the buzzer. 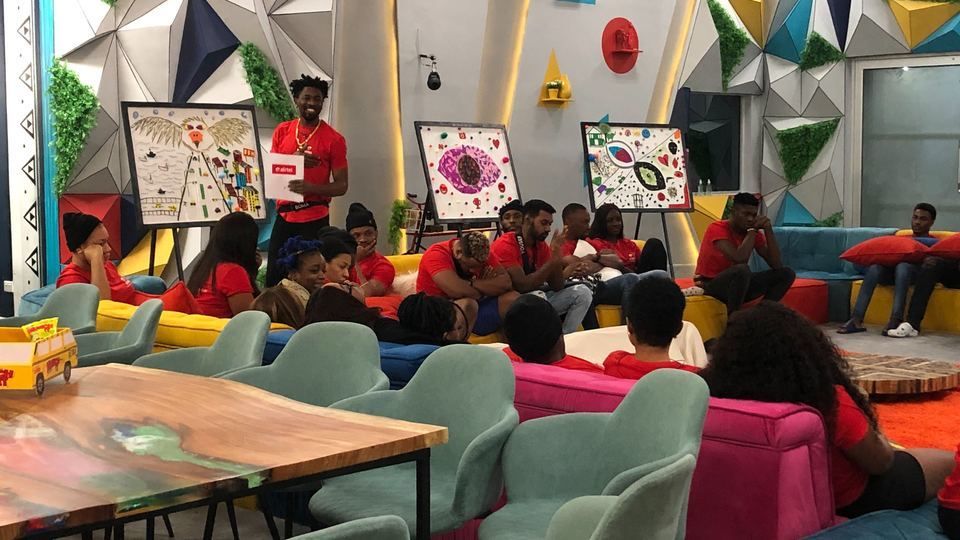 For the final part of the Task, the Housemates were asked to divide themselves into three teams. Each team must comprise male and female members.

Beatrice, Niyi, Whitemoney, Yerins and Yousef have been Nominated for Eviction this Sunday You can VOTE to Save your favourite Housemate via the Africa Magic website HERE and the Africa Magic mobile site by selecting contestants of your choice and entering your number of votes and click VOTE. Voting via these platforms is limited to 100 votes per user. You can also download the MyGOtv and MyDStv Apps for additional Votes. Votes are free and Votes are allocated based on your subscription packages. The voting window closes by 9pm on Thursday, August 5, 2021.

Video
Day 21: A sweet surprise– BBNaija
After a long day of preparing and taking part in the weekly Wager Task, The #BBNaija Level Up Housemates get a sweet surprise from Johnnie Walker.
Video
Day 10: The jogging Task– BBNaija
Biggie puts the #BBNaija Level Up Housemate to a little sporting activity as they carry out a jogging Task that involves them jogging around the House throughout the day. This means they have to jog whenever they move around to perform any activity in the House.
News
Day 30: The Airtel Nigeria song Task
It's time for another Task and the BBNaija Housemates have to sing their way to a victory.
News
Day 30: The Airtel musical presentation
Today, the Lockdown Housemates unleashed their Fuji, Appala, Reggae and R&B skills as they took us on a musical ride in the Task, courtesy of Airtel Nigeria. Let’s see who sang their way to victory.