A fierce battle in our ‘Best Actor’ categories – AMVCA 8

It’s hard to guess who will emerge victorious in our #AMVCA8 all-male categories, what with our talent being the cream of Africa’s crop and all. Our favourite part? YOU have been given the power to VOTE for the best, and it doesn’t hurt that these talented thespians are easy on the eye too.

Read on to help you make the best decision as our alpha males compete.

‘To be a good actor you have to be something like a criminal, to be willing to break the rules to strive for something new’ – Nicholas Cage

Enyinna Nwigwe has many movies in his resume, but it is his role as Mike in the romantic drama Dear Affy that has earned him a coveted AMVCA Nomination. The film takes a deep dive into an engaged couple’s relationship, whose journey to matrimonial bliss is riddled with several complications including major career changes and possible infidelity. Released on Valentine’s Day 2020, Ennyinna plays the lead role – something not new to him, as he also played the lead in Southern African movie All About Love, which walked away with the Best Film (Southern Africa) gong at the 2017 AMVCAs.  Think Enyinna deserves to win in this category? VOTE for him here. 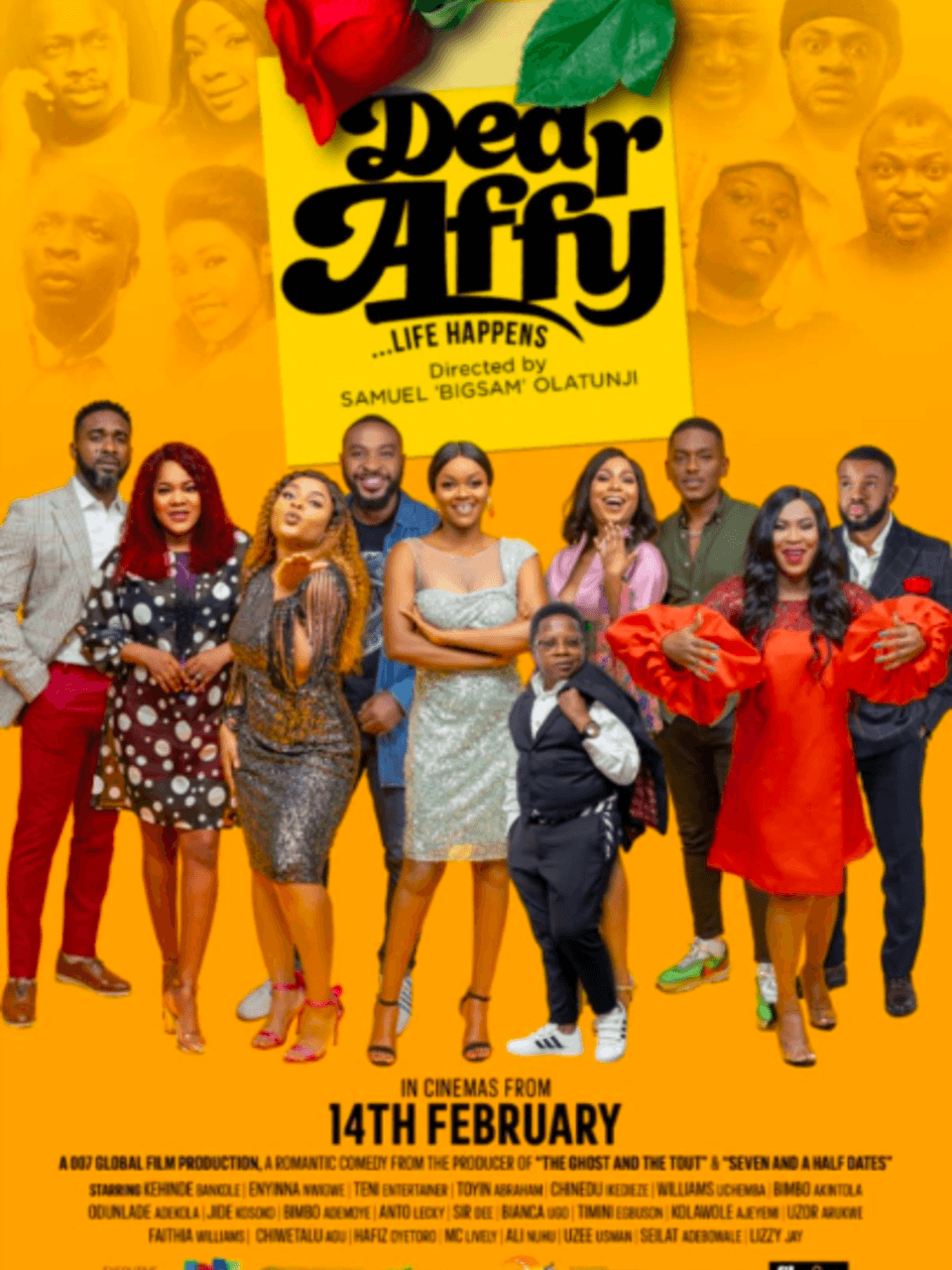 Not new to the Nominees’ list in this category is the supremely talented Timini Egbuson. He bagged this win at AMVCA 7 for his role in the movie Elevator Baby. This time around, he is up for the role of Maugbe in the film Introducing the Kujus. Will he win again? We’ll leave that in your hands, Africa! VOTE for him here. 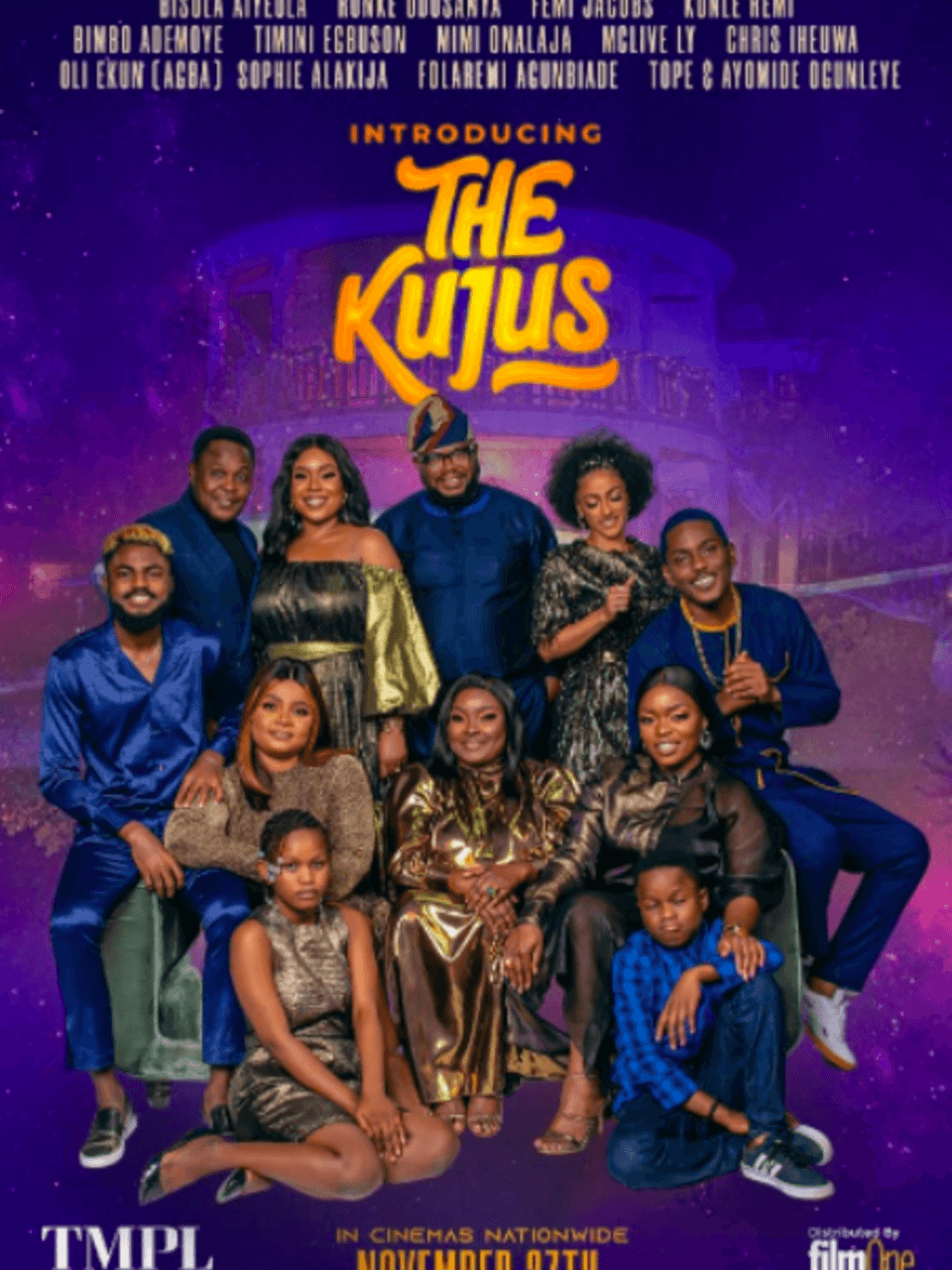 Singer, actor, and man of many talents Gabriel Afolayan, is Nominated for his role in the movie For Maria Ebun Pataki. The film follows the story of a woman who suffers from postpartum depression after going through stressful childbirth. VOTE here to see Gabriel walk away victorious. 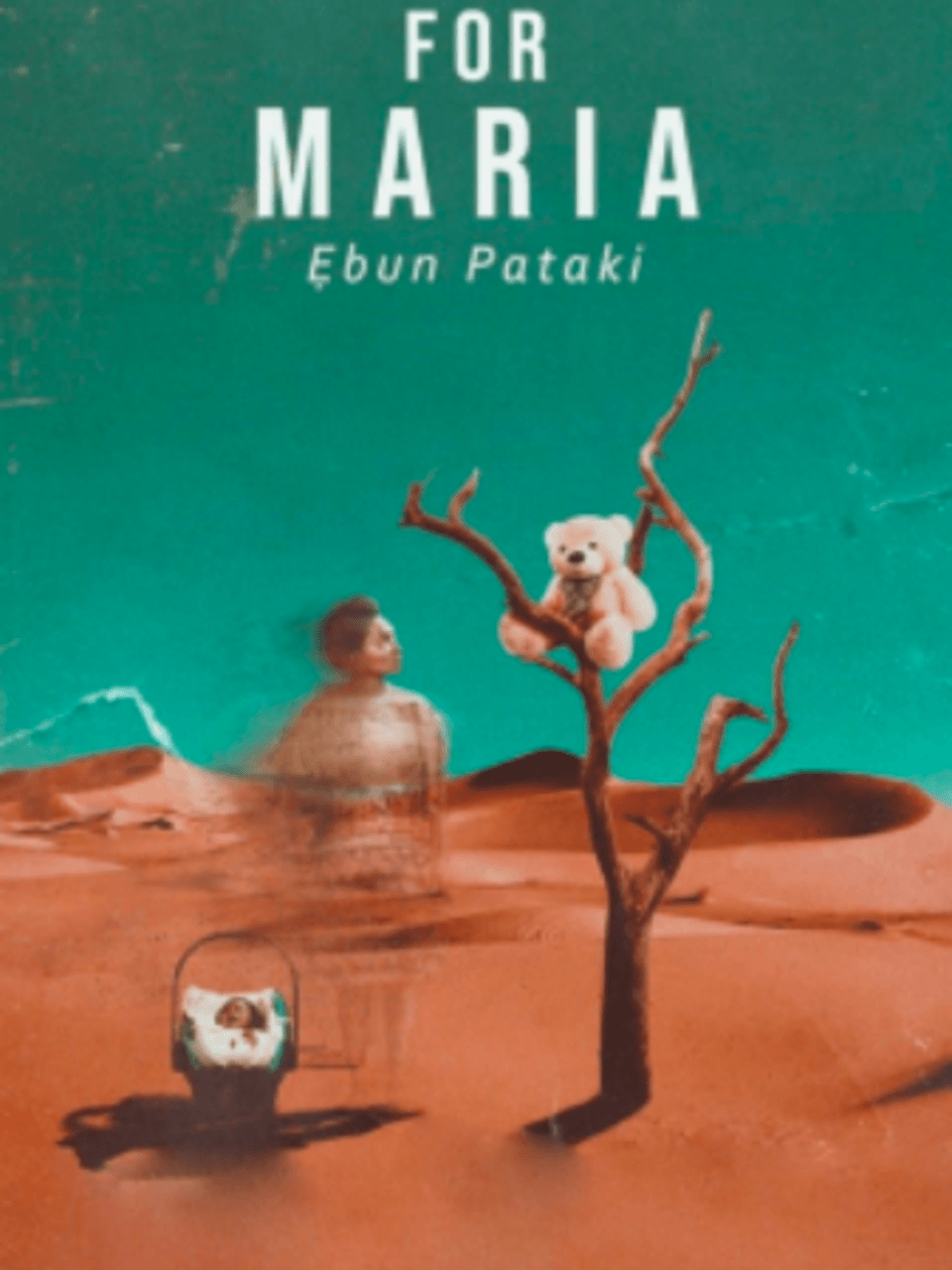 Working alongside Bucci Franklin (who is also up for Best Supporting Actor) Stan plays the lead in Rattlesnake, the official remake of the 1995 Nigerian classic, also titled Rattlesnake. Stan plays Ahanna, a young man who grew up poor and has been struggling to find work after getting his degree. He travels to the city to find his mother and long-lost siblings, and to his surprise, they are living in luxury. He goes on a quest to steal a life that he believes was stolen from him by his uncle, who is married to his mother, but to do that, he mixes with the wrong crowd and things take a turn for the worst. Stan’s been Nominated in this category before. Will he take the award home this time? You have to VOTE to make sure he does! 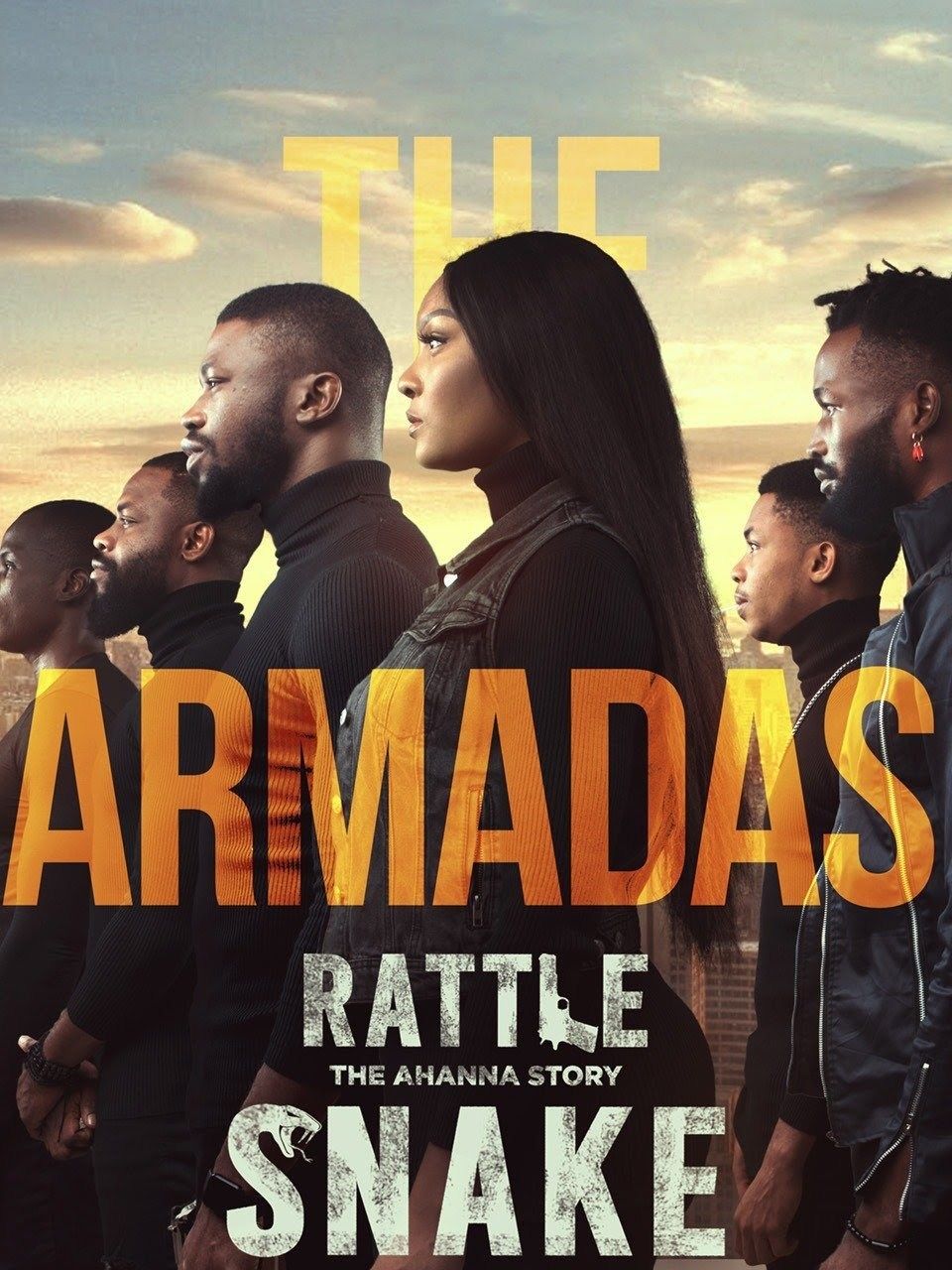 Former makeup artist turned actor and producer Uzee Usman portrays the role of Banza in the thriller Voiceless. Uzee needs no introduction to the AMVCAs. In 2014 a movie he produced, Oga Abuja, won Best Movie of the Year. Voiceless is about love and power amid violent terrorism in Nigeria’s northeast. Banza is one of the soldiers involved in the abduction of young females, but things change for him as he crosses paths with one of the abducted ladies. VOTE for him now! 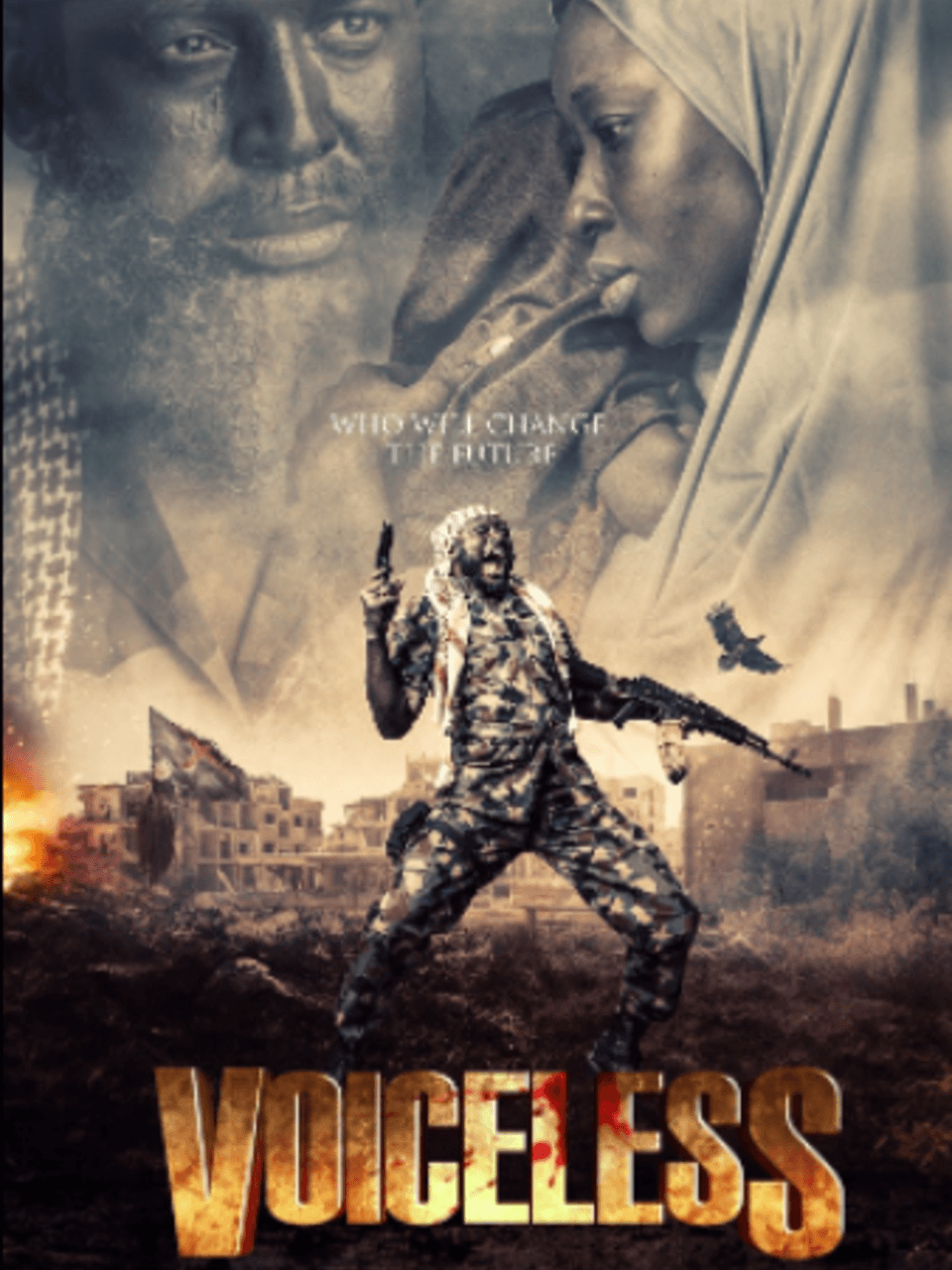 In this category, Femi Jacobs goes head to head with a variety of talent, including his castmate Timini Egbuson. Talk about a true battle of the leading men! Femi plays Mautin in the film Introducing The Kujus, which follows the story of siblings who are at odds with each other following their mother’s death five years earlier. None of them wants to go back to their family home, however, they have to, as they need to reunite for their mother’s five-year remembrance. If you want to give this one to Femi, VOTE for him here.

‘There's a lot to be said for making people laugh. Did you know that that's all some people have?’ – Joel McCrea in Sullivan’s Travels

While castmate Funke Akindele is in the running for Best Actress in a Comedy (Movie/TV Series) for Omo Ghetto (The Saga), Deyemi Okanlawon is up for Best Actor in a Comedy. If you hope for the stars of this movie to walk away winners on the main night of the AMVCAs, click here to VOTE for Deyemi. Omo Ghetto tells the story of a kind female gangster named Lefty and Deyemi plays the role of Femi Stone, Lefty’s love interest. The film is also Nominated for Best Movie West Africa. 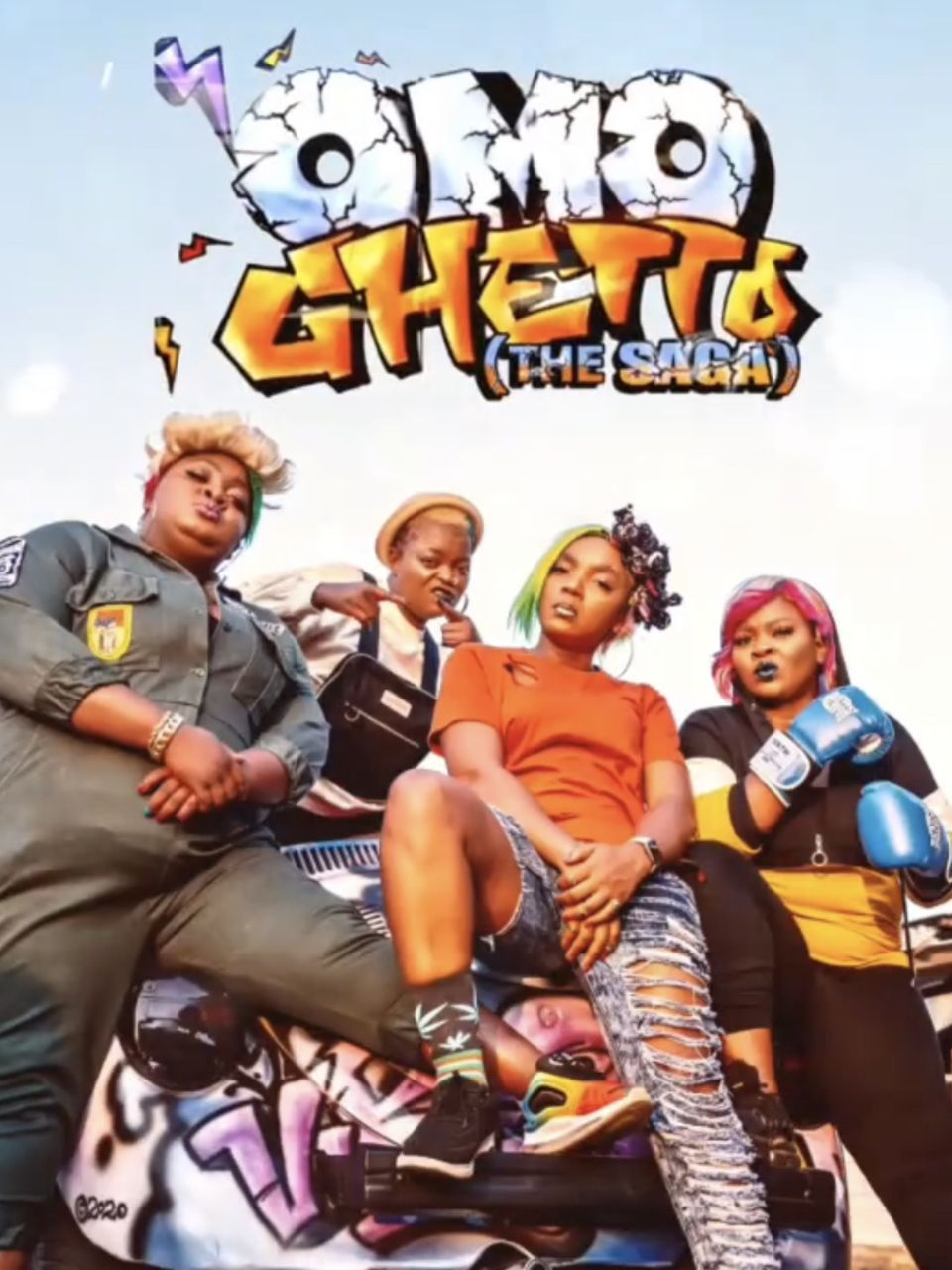 Comedy and politics always go hand-in-hand. Femi Adebayo plays Mr Agbabiaka in the film The Progressive Tailors Club, which got him Nominated for Best Actor in a Comedy. The sitcom directed by Biodun Stephen is a political satire film, where members of the Progressive Tailors Club have to elect a new leader, however, this doesn’t happen without any unlawful commentary. Femi has been in the acting scene for decades, having starred in over 500 Nigerian movies. In 2018, he won the AMVCAs for Best Actor in a Lead Role – Yoruba, for his part in the movie Etiko Onigedu, which also walked away with the Best Indigenous Movie (Yoruba). VOTE for him now! 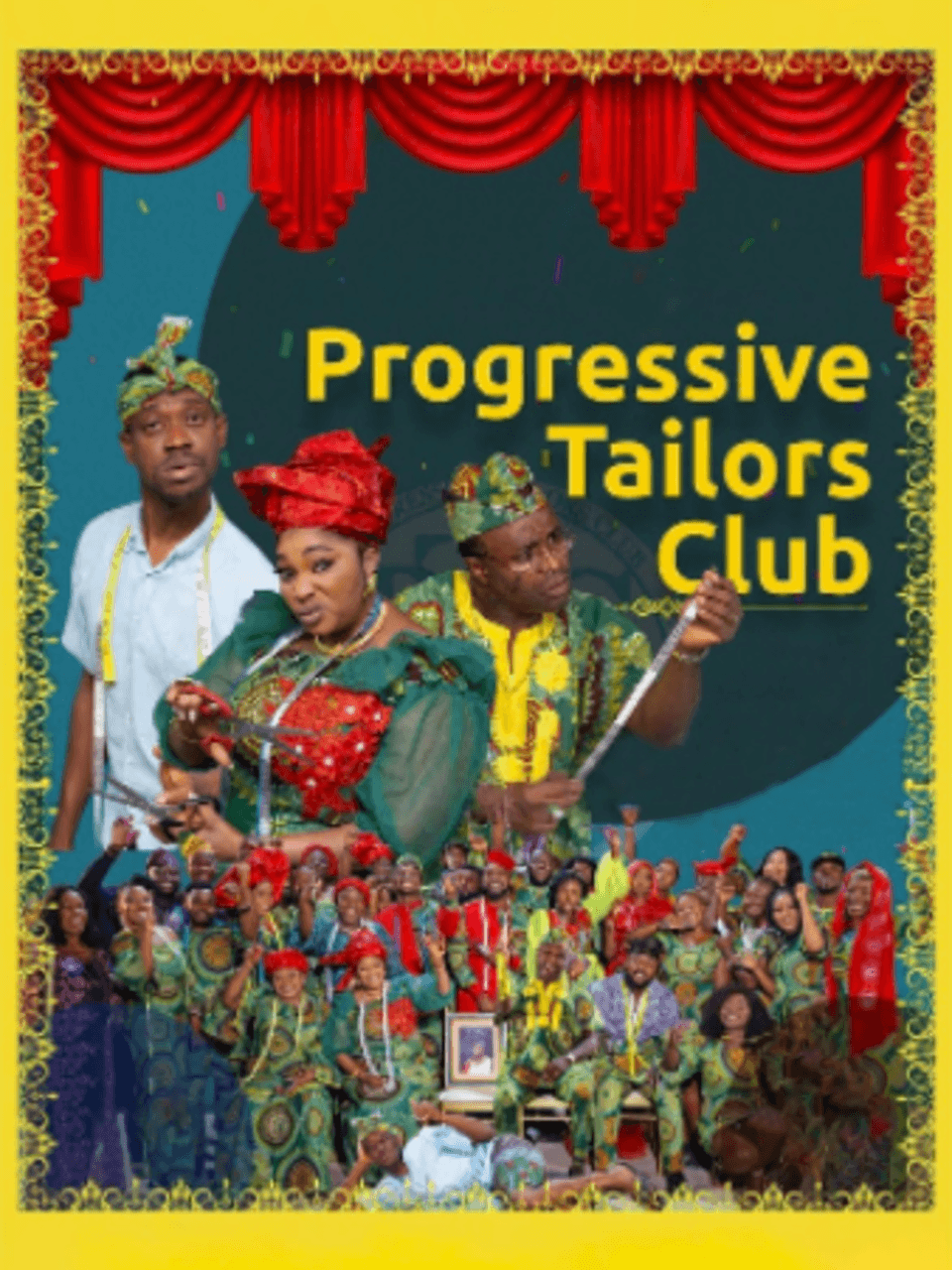 Who’s not for romcom? Not us. If you haven’t watched Benny Ramsey played by Gideon Okeke sweeping Rona off her feet on Loving Rona you’re certainly missing out. Gideon is not new to our screens, he has also played the role of Shina on Africa Magic’s hit series, Movement Japa and before that, he appeared on the first-ever Big Brother Naija and later joined the cast of Nigerian soapie, Tinsel. For him to win Best Actor in a Comedy Vote for him here. 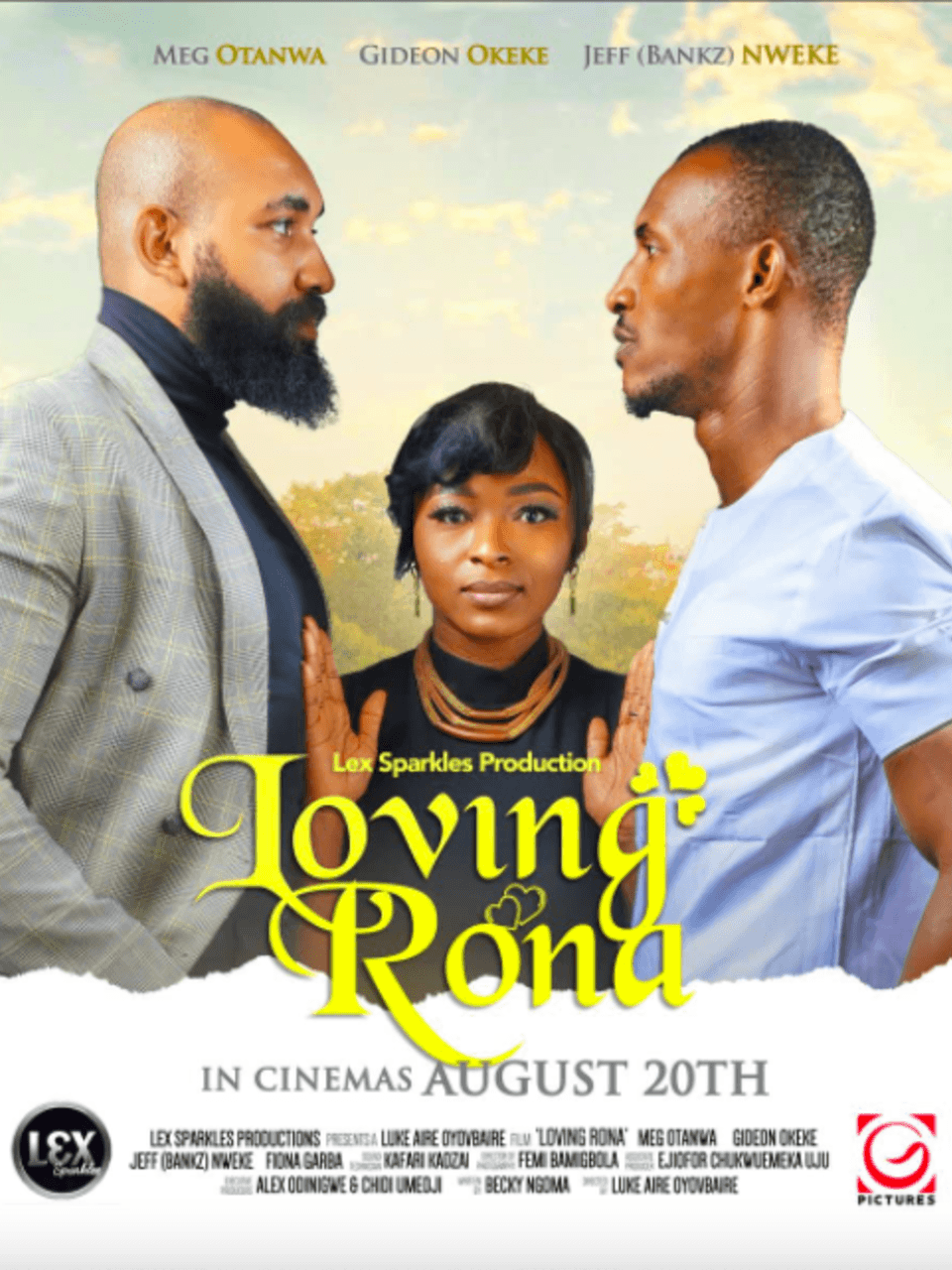 Shawn Faqua is also up for Best Actor in a Comedy for his role in the hilarious film Soole. Strangers meet on the bus ride home in hopes to make it for Christmas but find themselves entangled in a game of cat and mouse with criminals. VOTE for Shawn here. 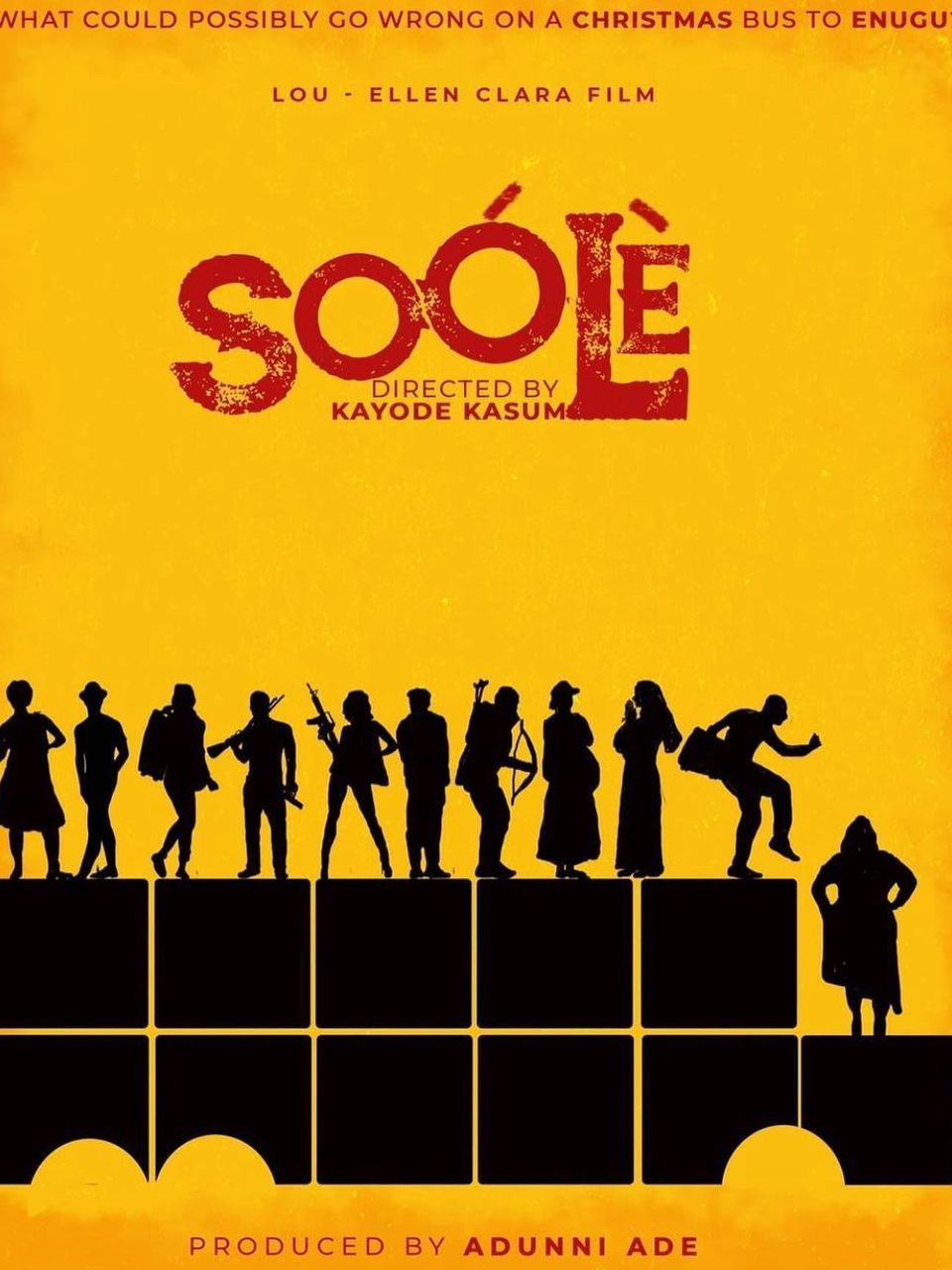 Up again for Best Actor, this time in a comedy, Ponzi. Timini plays the role of Ikenna. After falling victim to a Ponzi scheme, a community plans an amateur heist to get their money back… chile! Will he walk away as the biggest winner of the night? You’ll have to click here to VOTE if you want him to. 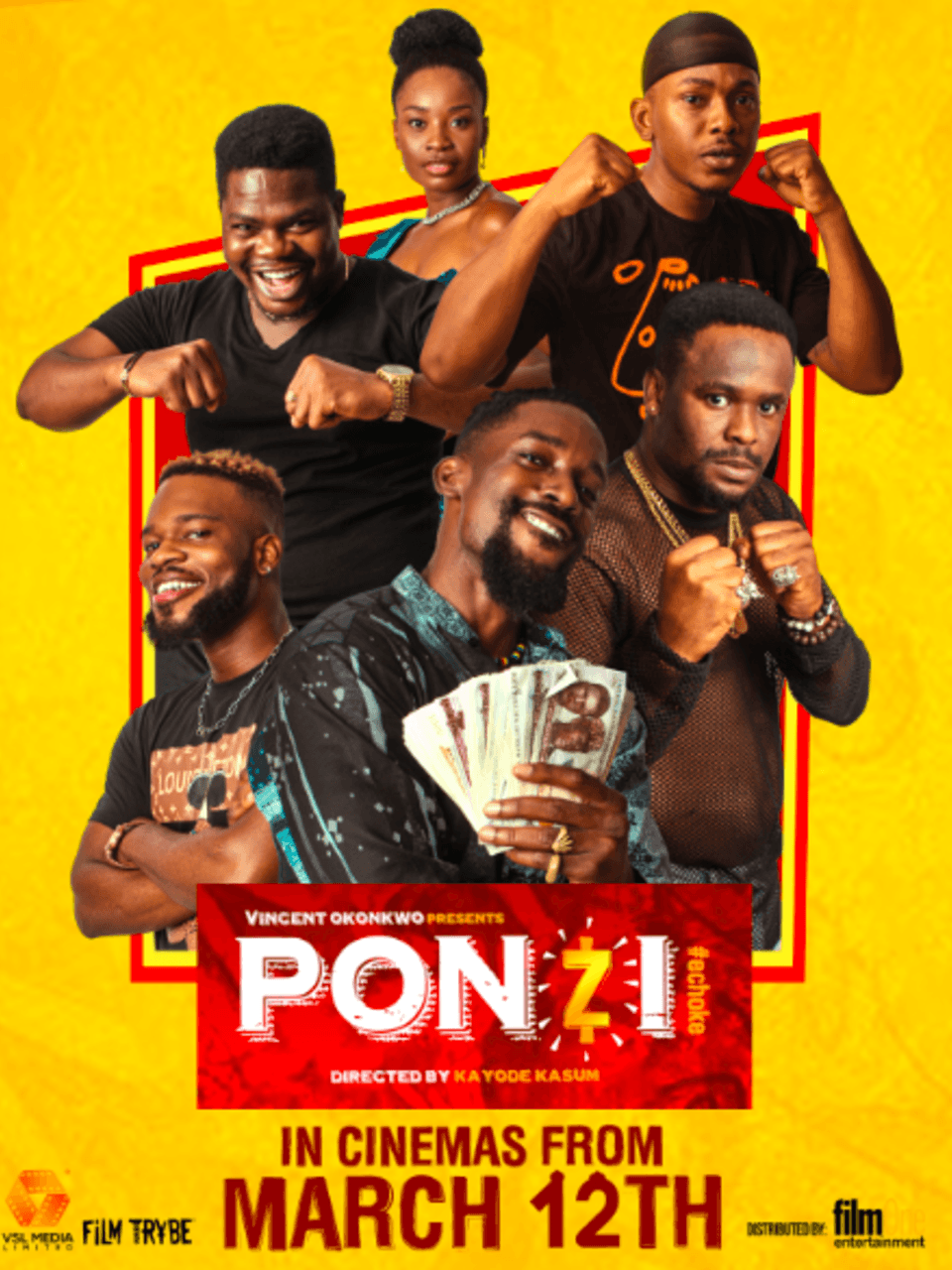 ‘Supporting characters add depth to a story, and great actors leave their imprint with the audience’ – Nicholas Lea

Crime, romance and family drama are the main ingredients of Gold Coast Lounge, a 2020 movie where Ghanian actor Adjetey Anang is Nominated in the Best Supporting Actor in a Drama category at the eighth edition of the AMVCAs. Adjetey plays the role of John Donkor, a mafia kingpin who had spent time in jail for being in possession of drugs, plus running a prostitution ring. During his time he ran the city, but upon his release, he is instructed to clean up his act before the government shuts down his family’s lounge. Although he has starred in many films including Deadly Voyage and The perfect Picture, this is Adjetey’s very first AMVCA Nomination. Will this be his first win too? VOTE for him here. 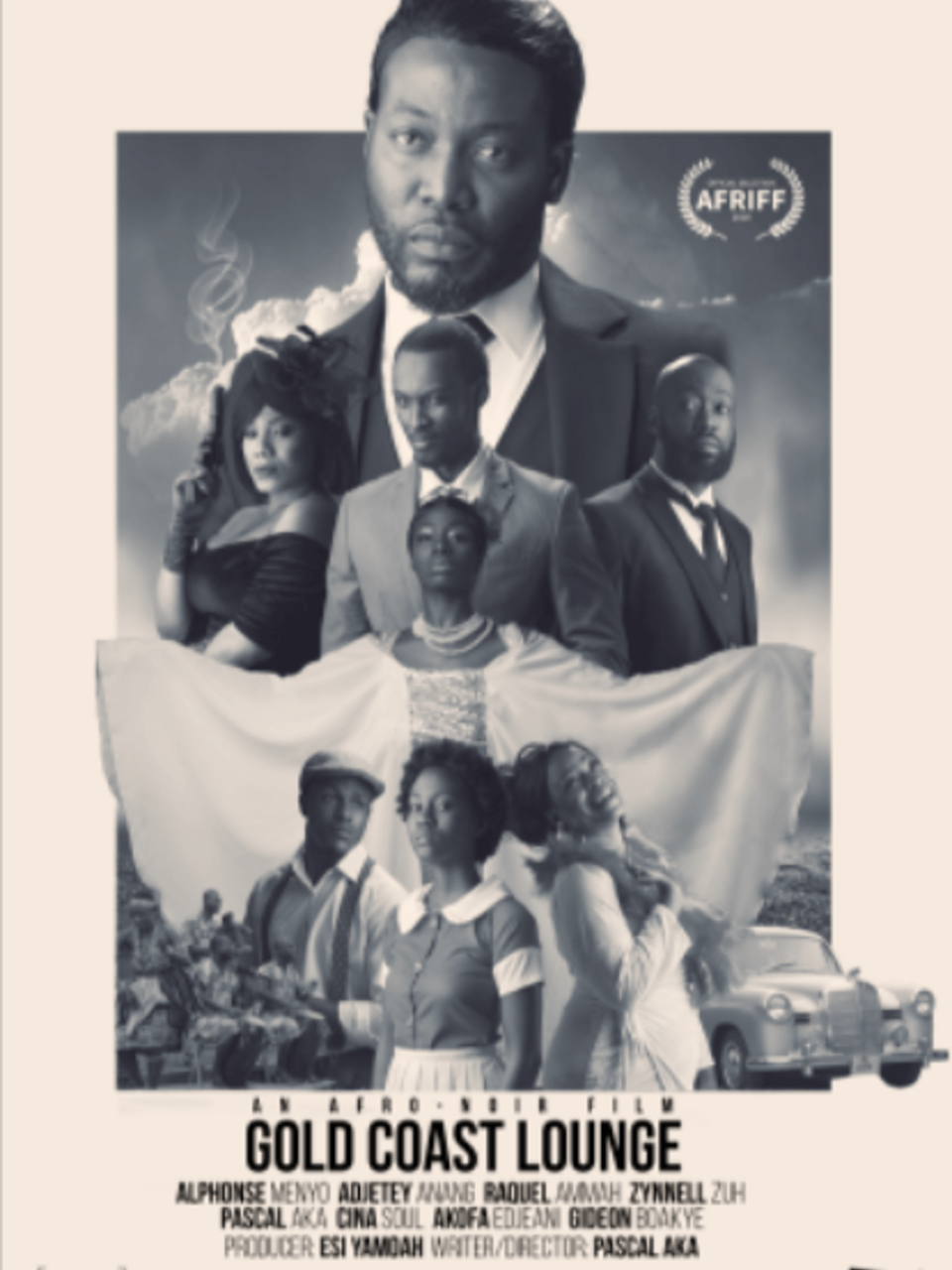 We’re all for righting the wrongs of the past, but are we really doing so if we’re repeating history? Bucci Franklin shines in the thrilling Rattlesnake: The Ahanna Story (the film is Nominated in TEN other categories this year, including Best Movie West Africa). He plays the role of Nze Okoli, a friend to Ahanna. Nze’s life is troubled and peppered with crime, and he owes a dangerous drug lord money. Loved him in this movie? VOTE for Bucci here.

Eric Roberts, older brother to superstar Hollywood actress Julia Roberts, plays the role of Mr Hammersmith in A Soldier’s Story, a thriller whose plotline focuses on a war-crippled Nigeria. Eric is Nominated alongside other great talents in the Best Supporting Actor category and needs your votes to make sure he gets the gong. Is he your top pick? VOTE for him now! 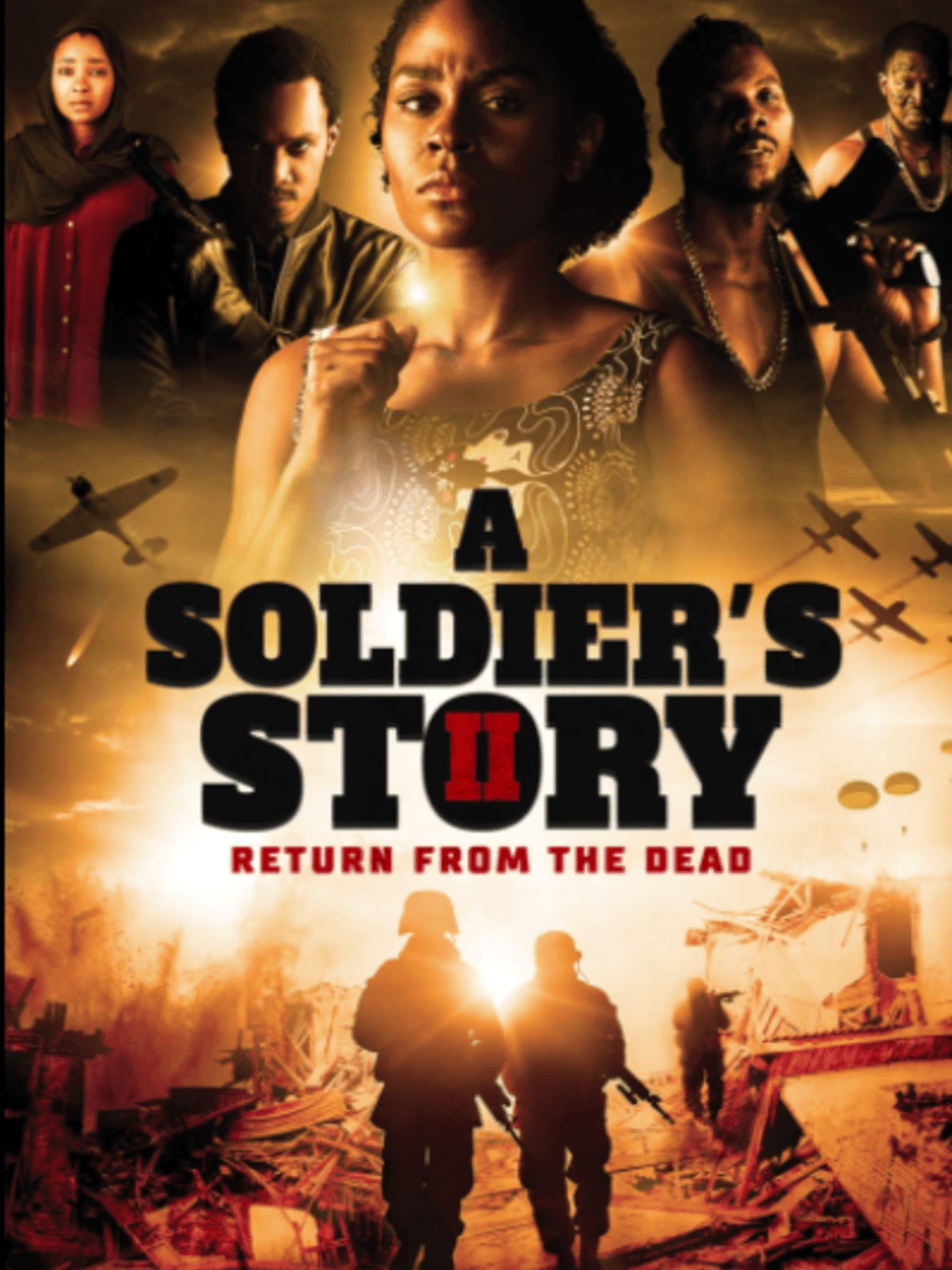 Set in 16th century Nigeria, this historic movie sees veteran actor Magaji Mijinyawa play the role of Madaki, the king’s right-hand man and adviser. He plots to dethrone his leader and partners with the Zazzau kingdom’s number one enemy, Igala. Amina is also Nominated for Best Movie (West Africa) at this year’s AMVCAs. Hoping Magaji’s believable turn as a villain bags this win? VOTE for him here. 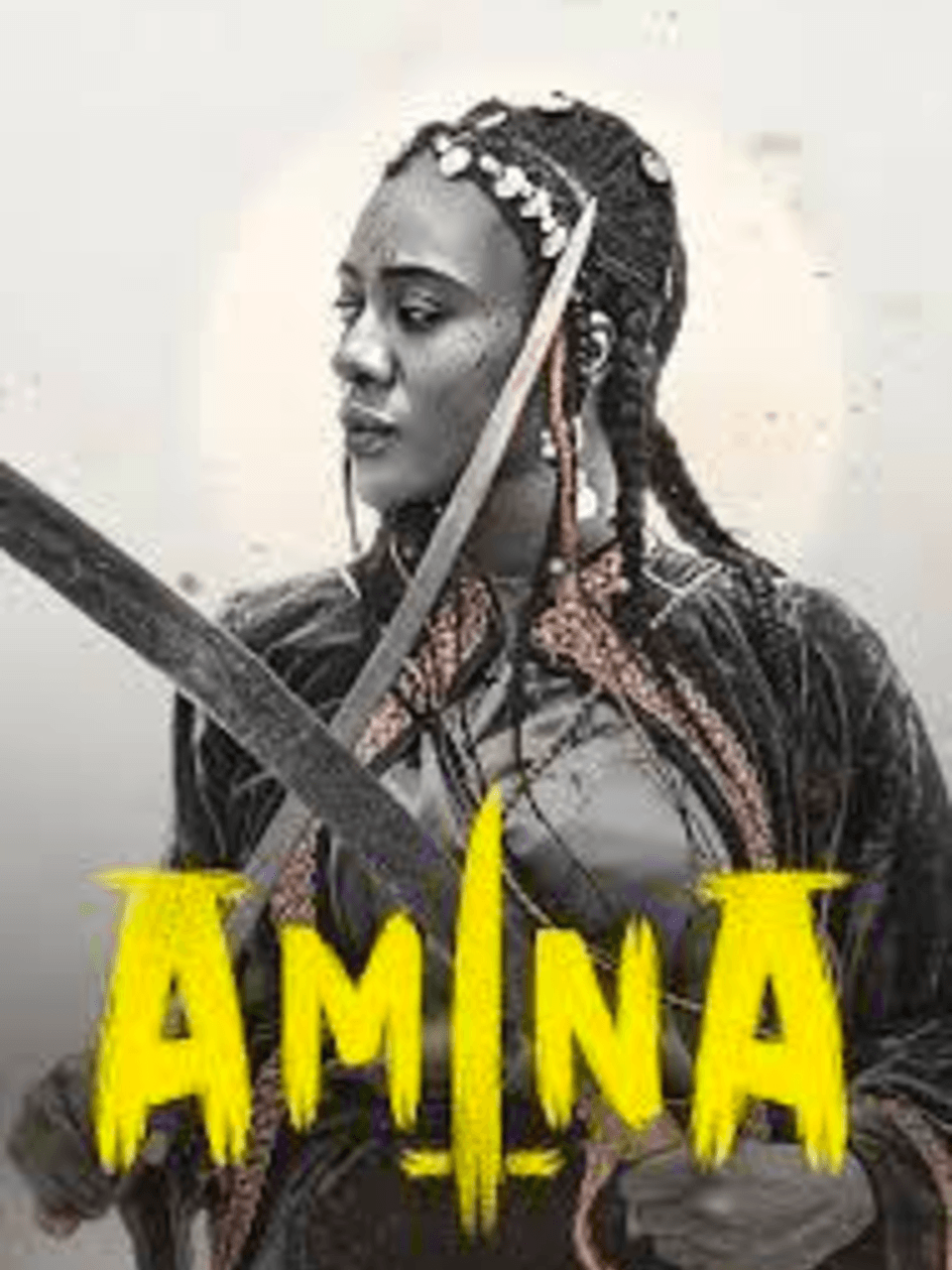 Odunlade Adekola, a Nigerian actor and producer known for his work on The Vendor, Ajbade and Ajebidan, stars in Yoruba language film Jankariwo. The film takes us on a journey to the world of supernatural events and Odunlade’s supporting role in this masterpiece earns him a well-deserved AMVCA Nomination. Think this one belongs to him? VOTE here. 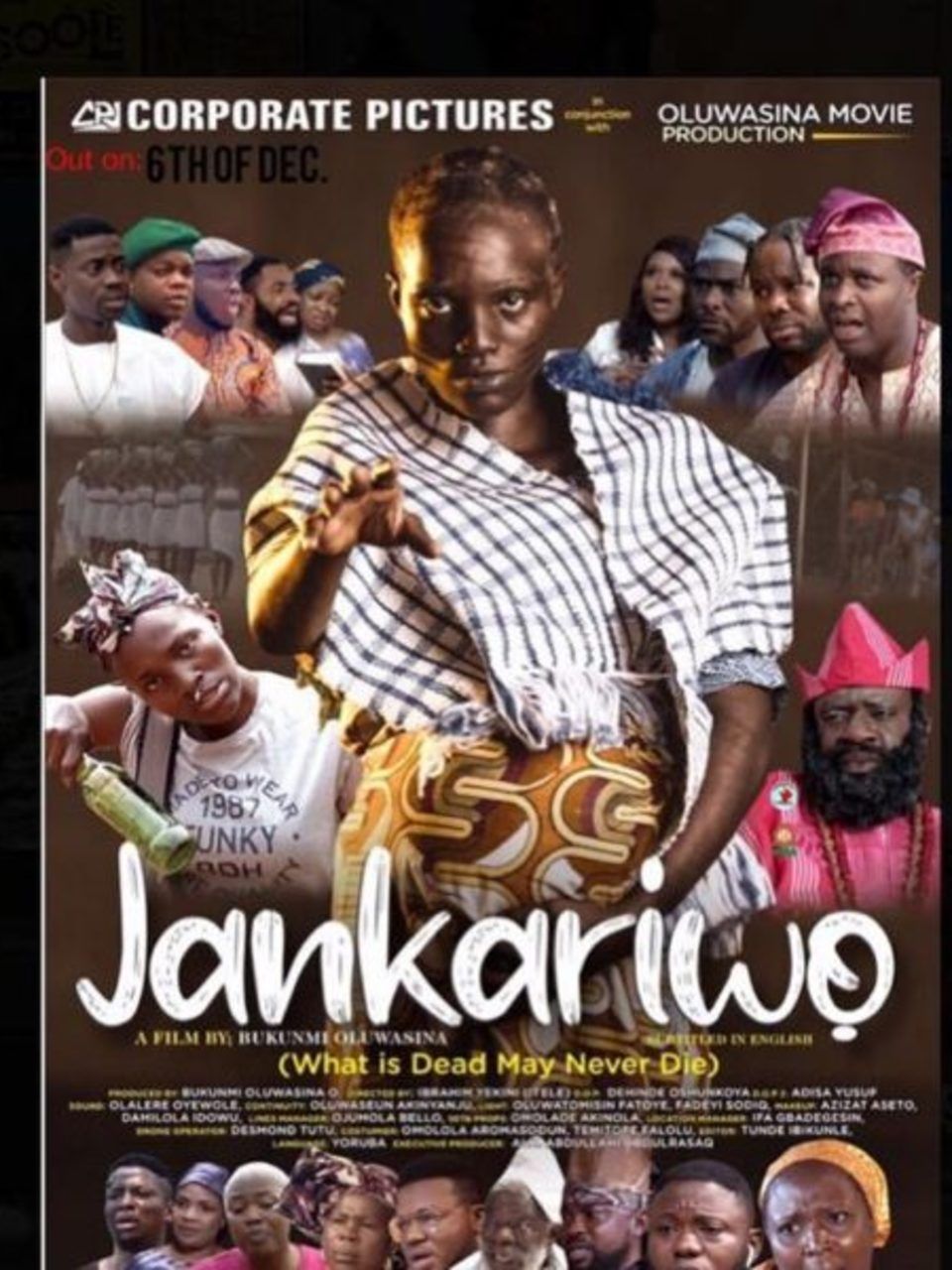 Needing no introduction to the AMVCA Nominees list is Tope Tedela (he bagged the Best Actor in a Drama AMVCA in 2014 for his role in the movie A Mile From Home). This time around, the award-winning actor is up for the Best Supporting Actor trophy for his role in the movie Country Hard. He plays the character of Ochuko in the film. Country Hard is a drama based on four stories that reflect hardships faced by seven individuals in Lagos, Nigeria. Their lives intertwine and the consequences are dire. Click here to VOTE for him.

We’re here for anything romance, thank you very much! If you haven’t watched The New Normal, we don’t know what you’re waiting for. Yemi Blaq is in the running for Best Supporting Actor courtesy of his memorable stint in this movie which follows four couples and a singleton (all nine on either side of 40) who navigate a mid-life crisis. Yemi won the Best Actor in a Leading Role AMVCA for the film My Idol in 2018. Will he do it again in 2022? VOTE for him here! 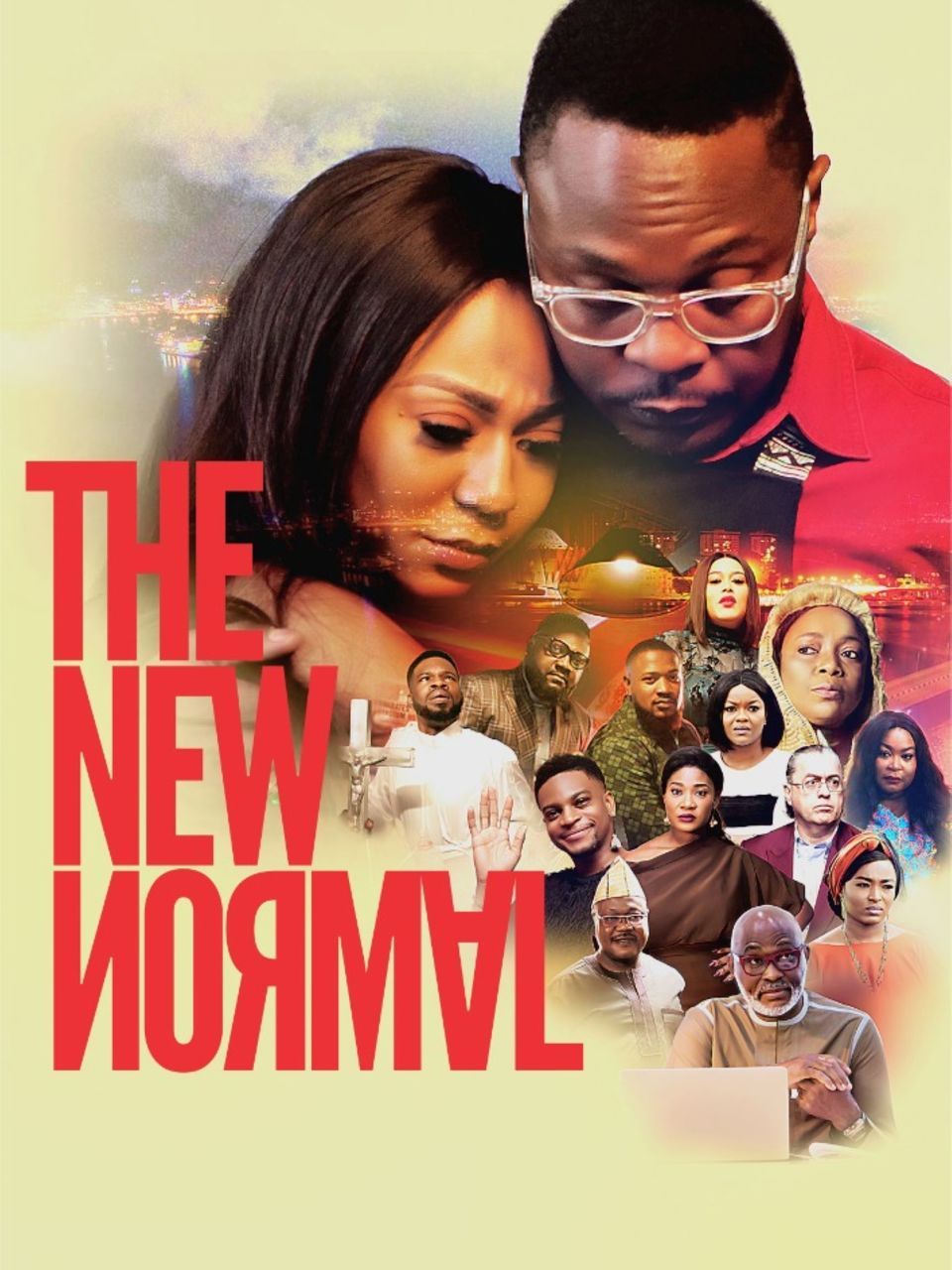 Get your votes in for all your #AMVCA8 favourites in the categories that are determined by the public. Click here to vote NOW!

HAVE YOU VOTED YET?

Of course I have! I'm about to do it again in a sec94%
Yikes! Thanks for reminding me. Voting asap6%

The eighth edition of the AMVCAs are brought to viewers across the continent by Africa Magic in association with MultiChoice and proudly sponsored by Amstel Malta. Join the conversation using the hashtag #AMVCA8 and follow @africamagictv for live updates.

Video
Stan Nze secures Best Actor in a Drama award – AMVCA 8
For his outstanding act in the movie ‘Rattlesnake’, Stan Nze earned the award for the 2022 best actor in a drama (movie/TV series.
Video
Broda Shaggi wins Best Actor in a Comedy award – AMVCA 8
Popular skit maker and actor, Samuel Perry, popularly known as Broda Shaggi, emerged the winner and scooped the award for Best Actor in a Comedy for the movie ‘Dwindle’.
News
Best Actor in Drama: Alpha males compete – AMVCA 7
All the Nominees for AMVCA 7 Best Actor in Drama are talented thespians who each breathed life into their respective roles. The bonus? They could all totally be your Man Crush Every day.
Video
Vote for Best Actor in a Drama - AMVCA 7
Swanky JKA, Timini Egbuson, Efa Iwara, Gabriel Afolayan, and Ramsey Nouah are going head to head on this one. Who is your fav? Make sure you get your vote in before Saturday 7 March 2020 at 21h00 WAT/22h00 CAT.