8 things we loved about the AMVCAs – AMVCA 8

We’re still on a high after an amazing weekend filled with fashion, Hollywood stars and golden AMVCA statuettes. From the Red Carpet to the Main Event, #AMVCA8 Saturday was everything and more!

Here are some of our favourite moments from our event.

Remember, you can watch the rebroadcast of the AMVCA 8 Red Carpet and Awards Show on Africa Magic Urban, Africa Magic Epic and Africa Magic Showcase this week. 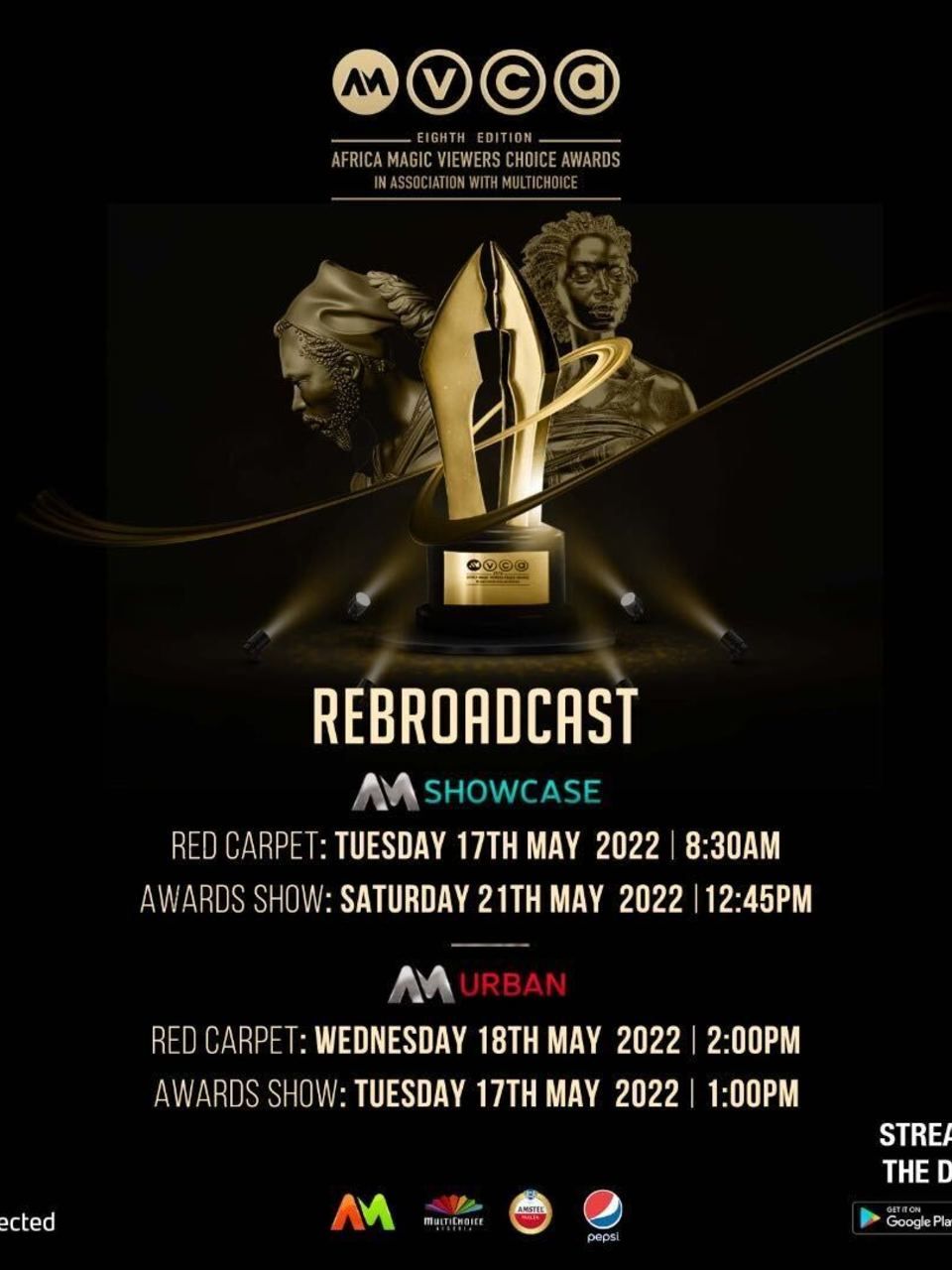 Far from your television? No worries: stream on the DStv App NOW. Click here to stream!

What’s an event without the Twitter Power Rangers gathering under one hashtag for a Tweetup like no other? Fashion, celebrity culture and cinema lovers from all corners of the continent showed up bright and early across social platforms to Tweet their excitement via the #AMVCA8 hashtag (which had its own fancy Twitter emoji by the way 🔥 – we’re not kidding; go look). We quickly climbed to the top of the trends list as soon as the Red Carpet show started because naturally, everyone became a high-flying fashion critic from behind their phone screens. The conversation continued through the night during the awards ceremony, and it was a joy to see the amazing Tweets you sent in support of your faves.

Big congratulations to all the winners so far tonight.👏👏🥂🎉 #AMVCA8

I would say this year #AMVCA8 is the best the categories each and everyone who won deserved it.
Congratulations to the winners your workings showed and all nominees you are all winner’s thanks for keeping us entertained with your talents.👏🏻

As expected, the Red Carpet ‘fits were to die for. We saw it all; from sheers numbers and sparkly creations that blinded us, to amazing suits from the fellas! At the end of the night, Osas Ighodaro won the ‘Best Dressed Female’ award, while Denola Grey deservedly snagged the ‘Best Dressed Male’ trophy. 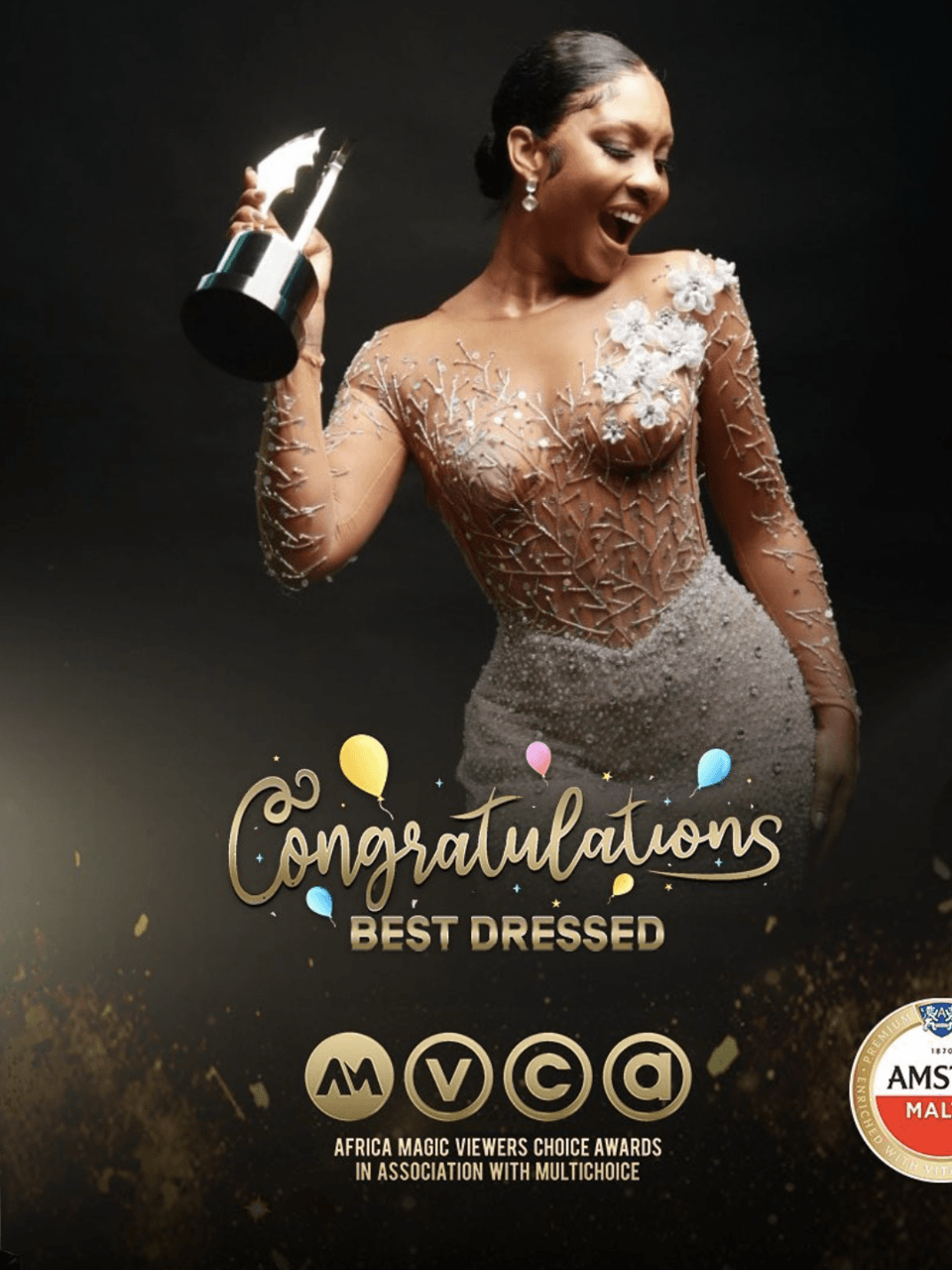 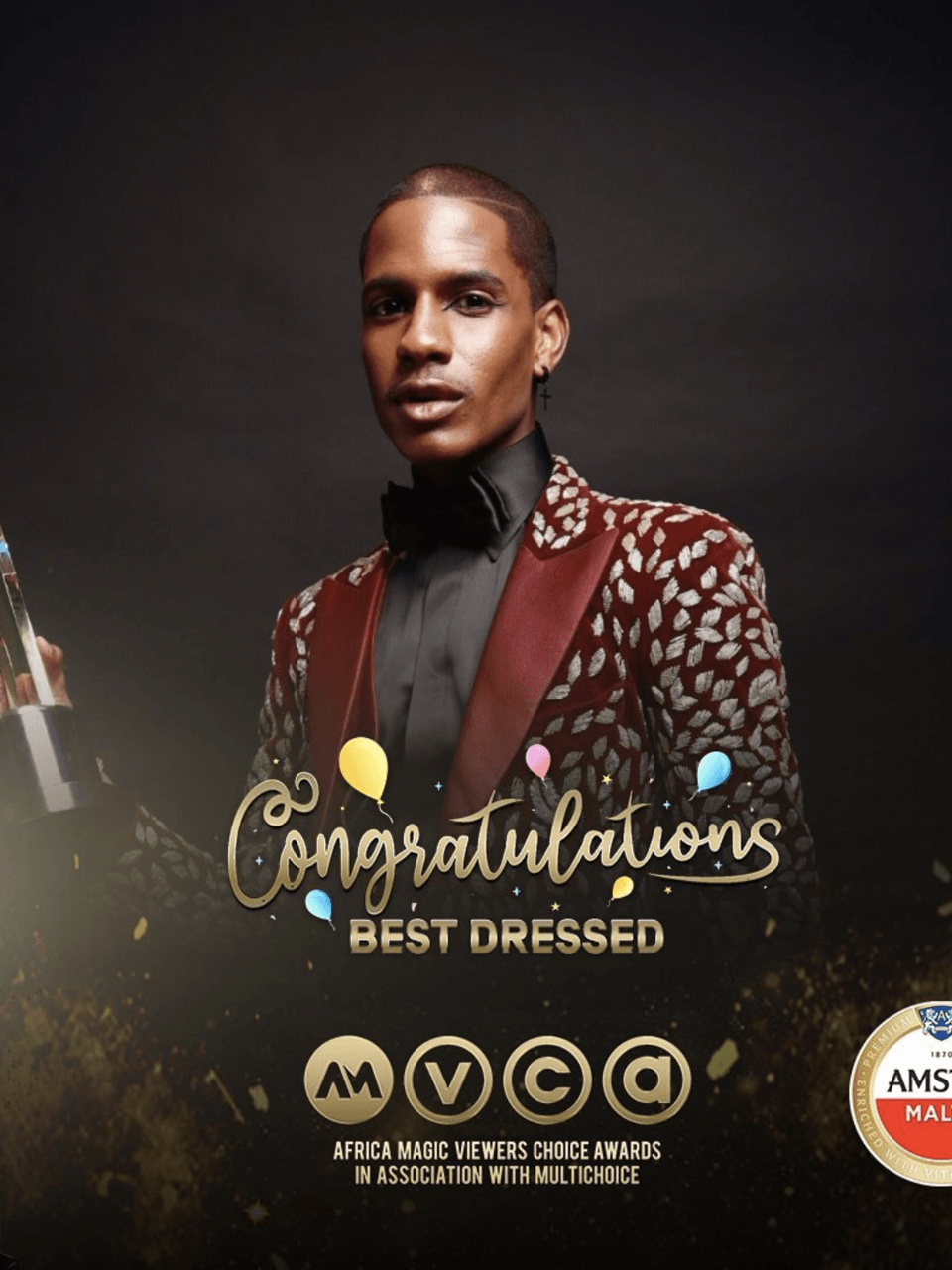 You all had a lot to say about the outfits on the night – and won’t lie, we’re still thinking about this one especially. Talk about literal G.O.A.T status! 😭

Forget @ladygaga and her infamous 'Meat Dress', Pretty Mike is on the Red Carpet with a... LIVE GOAT! 🐐

It was so amazing to watch Ebuka, Toke Makinwa, Sika Osei and Sir Uti collaborate to bring us the best pre-show interviews, with a unique fashion focus. The team was confident, looked perfectly turned out (we didn’t expect anything less honestly), had the jokes on deck and asked the right questions. Go, dream team!

Our stars walk the Red Carpet

Apart from catching South Africa’s Bonang up on what’s new in Naija, IK almost had a hair-raising Chris Rock and Will Smith moment. In the end, security showed up and no one was slapped luckily, but at one point, we were holding onto our chairs for dear life. 😂 All’s well that ends well! Once that “beef” had settled, our favourite found time to give his knees a test spin with a ‘twerk and drop’ that would give Megan Thee Stallion a run for her money. And how’s that chemistry between IK and Bonang? Love it for all of us! 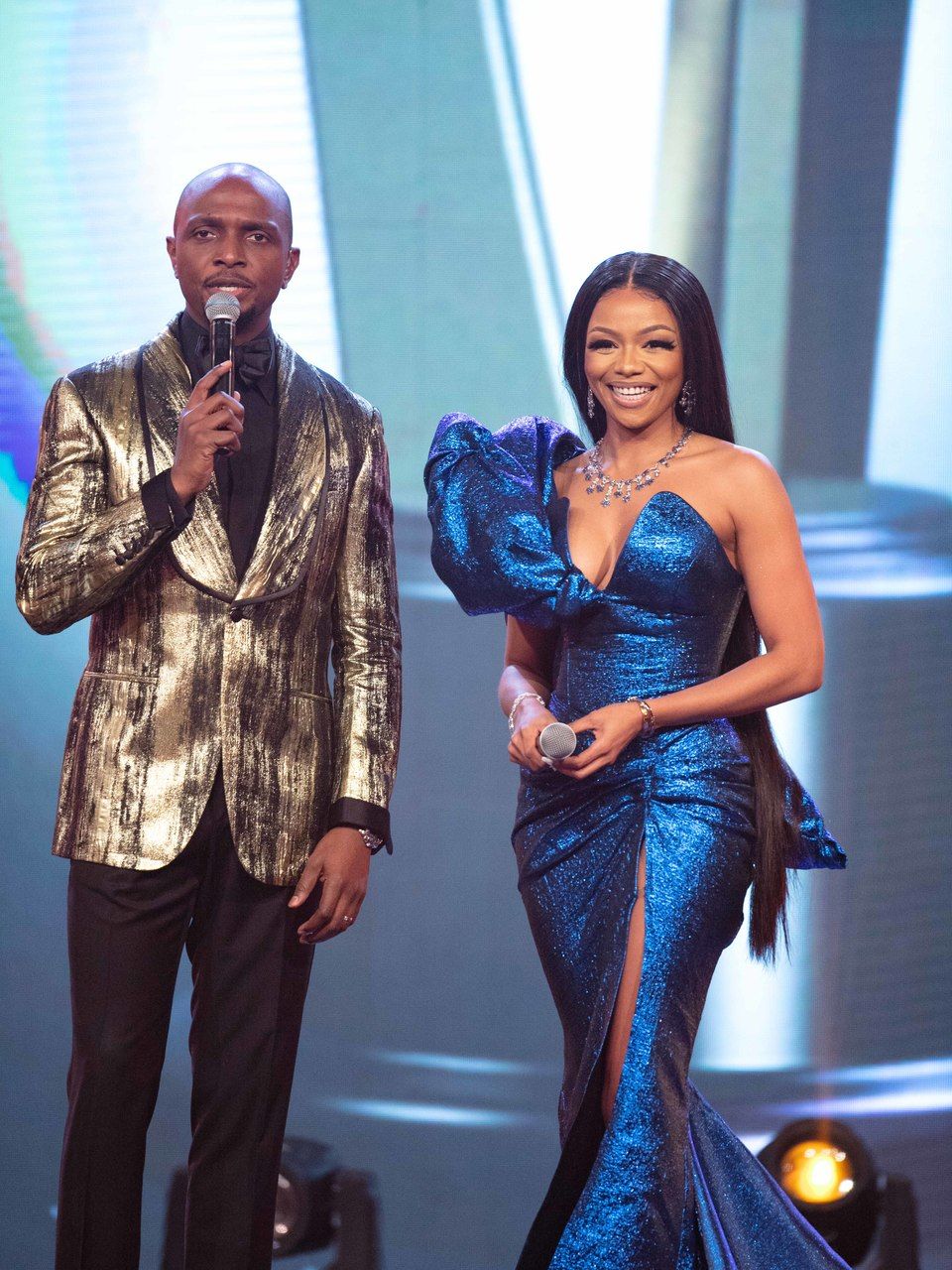 We had an idea the performances would be great, but honestly, we had no idea they would be THIS amazing! Kicking things off and setting the tone for the night was superstar Yemi Alade who opened the show in high style, accompanied by a troupe of spirited dancers. Later in the evening, The Nigerian Idol Season 7 Top 12 took to the stage for a rousing medley. There wasn’t a dry eye in sight later, when last season’s Top 2, Kingdom and Akunna, performed a tribute in memory of all the stars we lost in the last two years. When Lagbaja and Rema collaborated for a little old school vs new school, we were on our feet because who could ever resist? Then putting the glittery bow on everything? The amazing D’Banj with a ‘banga’ of a closing performance! Confession: our feet still hurt from all that dancing.

Singing their hearts out!

After watching those rousing winner’s speeches, we are more inspired than ever to work hard and be the very best we can be. We broke down when a teary Osas Ighodaro dedicated her win to her mother in heaven, and jumped up and clapped when a dazed, disbelieving Oga Sabinus walked to the podium to collect his ‘Best Online Social Creator’ award. The night gave us plenty of these moving moments, and we’re so glad the AMVCAs are this impactful for Africa’s television and movie industry.

We love, love, LOVED hosting all of our Hollywood stars at AMVCA 8. Our guests announced some of the category winners for the night and did a sterling job at this, might we add. We also had some surprise video drop-ins from other stars including Terry Crews. Definitely a night full of surprises!

Our stars sure know how to let their hair down and have a good time. This year's AMVCAs were no exception. Here's an exclusive, inside look at what went down after the awards show.

There you have it; some of our favourite moments from the eighth AMVCAs. Make sure you tune in to the rebroadcasts this week!

The eighth edition of the Africa Magic Viewers' Choice Awards was brought by Africa Magic in association with MultiChoice and was proudly sponsored by Amstel Malta.

Video
How Well Do You Know The AMVCAs? – AMVCA 8
Who better to answer questions about the AMVCAs than the award nominees themselves? We put some of your favorites to the test on their knowledge of the AMVCAs at the Opening Night Gala. Check out how they did.
Video
Presenter takeover – AMVCA 8
AMVCA 8 Host IK Osakioduwa catches us up on his do’s and don’ts for the AMVCAs.
Video
The Scoop on the Best Dressed Award – AMVCA 7
The Best Dressed Award is a newly introduced category for the man and woman who’ll light up the red carpet come Saturday 14 March. Pay attention for all the deets!
Video
"I'm so excited to host the AMVCA 7," Amina Radar
In this exclusive interview, Amina takes us through her first steps in her hosting career, as she expresses her excitement to be hosting the biggest awards show in Africa.