The Voice Nigeria is back!

News
19 June 2017
There is more excitement to come in the next episodes.
Subscribe to Watch

The thrill and excitement of The Voice Nigeria hit fever pitch, as the show returned on Sunday.

The coaches got the show running with a medley of their individual tracks and this set the tone for the contestants’ Blind Auditions that followed. Starting off the Coaches’ performance was Timi Dakolo with his hit single, “Medicine”. His performance had the audience dancing and singing along. 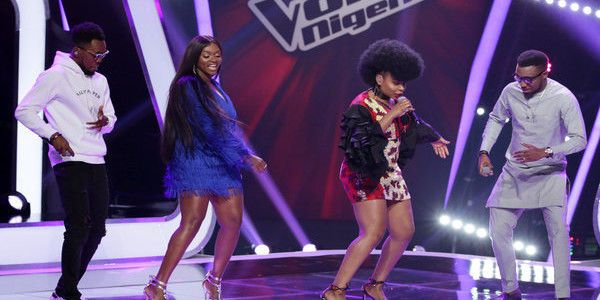 It wasn’t long till last Season’s winning Coach, Waje “brought it” on stage, wearing a blue ‘little number’ and singing her song titled “Konko Baby”. Next up was reggae-dancehall king, Patoranking, who blended in with the audience, singing his song “This Kind Love”.

New Coach, Yemi ‘shut it down’ with her performance of her single “Charliee”. She oozed with confidence as she joined her fellow Coaches on stage and ending the performance with a ‘power’ pose from all four Coaches.

With the Coaches’ performance done, it was then down to business, with the Talent performances. First up was 22-year-old high school teacher, Emmanuel Precious. His energetic rendition of Destiny’s Child “Survivor” convinced all four Coaches to turn for him. He chose to be on #TeamTimi. What a way to start off the Season!

We also saw performances from siblings, Jahnomso and Jahtell Ilem, which brought a whole new definition to sibling rivalry, as they both competed for a spot in the next round, while also rooting for each other. The former landed in #TeamYemi, while the latter in #TeamTimi. 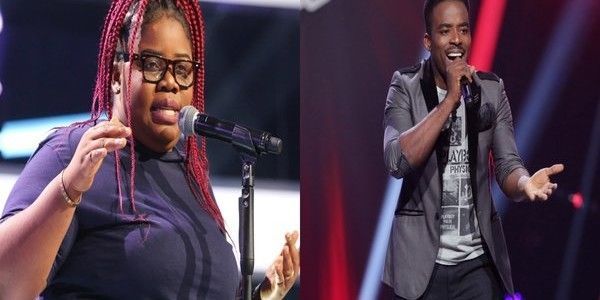 There were more amazing performances from Zorah Julius, Ifeoma Onu, and Olanrewaju Omowa were convincing to the Coaches, getting at least two turns from the Coaches. Meanwhile, Afolayan Adeleke got a chair turn from Patoranking.

The surprise for the night came in the form of 19-year-old student, Favour Udugbe, for as young as she is, she gave a convincing performance that won the hearts of all four Coaches! She was the second Talent for the night to get four chair turns. Sadly, we had to say goodbye to Michael Achu, Favour Koroma and Jude Emajemite.

With the Talent performances done and dusted, the Team standings were as follows:

Season two of the Voice Nigeria is off to a thrilling start and there is even more excitement to come in future episodes!

Gallery
Biggie's return media briefing – BBNaija
Busola Tejumola, Executive Head of Content and West African Channels, MultiChoice Nigeria, hosted members of the press as she announced Biggie's return for the Seventh Season.
Video
The Buzz: Glory Elijah gives her take on the HoH title
The BUZZ on Showmax is back! On this episode, Toke Makinwa chats with Glory Elijah who gives her take on the HoH title and the circumstances surrounding it this season.
Video
The Voice Nigeria season 3 on AM
Watch the third season of The Voice Nigeria on AM Showcase, Urban or Family on Saturdays at 8 pm, and see who gets our superstar coaches turning.
Video
Old Mutual Amazing Voices returns for a second season
Choirs from across the African continent compete to win the grand prize $100 000 and be crowned the winners of Old Mutual Amazing Voices.