Team Enigma showed what winners are made of as they clinched victory at this week’s Wager Task. The team comprising of Cindy, Mike, Diane, Ike, Seyi and Mercy showed knowledge, humanity, creativity, tenacity, and resourcefulness making them winners of the Wager Task for the second week in a row. This week’s Wager Task Challenge theme was to show love to the elderly ones by developing five presentations which included painting, sculpture, knitting, a poem and a unique special piece. Both teams took on this Challenge with tenacity but in the end, the better team won. 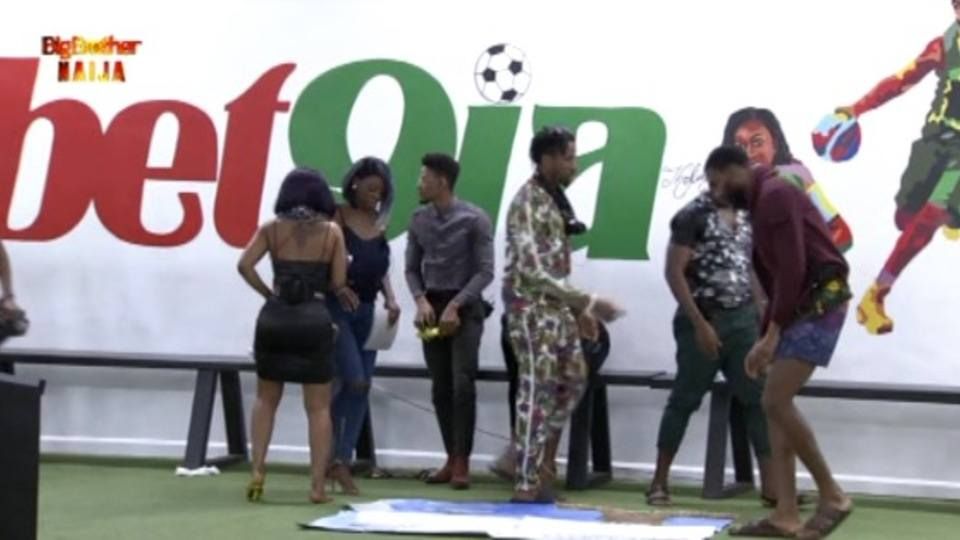 Picasso In The House

It was a test of creativity from the first stage as each team presented their art piece. Team Enigma went up first with their ‘Priceless’ art piece taking us through the different adventures and connections shared with the elderly ones. Team Legends titled theirs ‘Nature’ and showcased a family tree with names of the elderly ones in their lives that had impacted them. 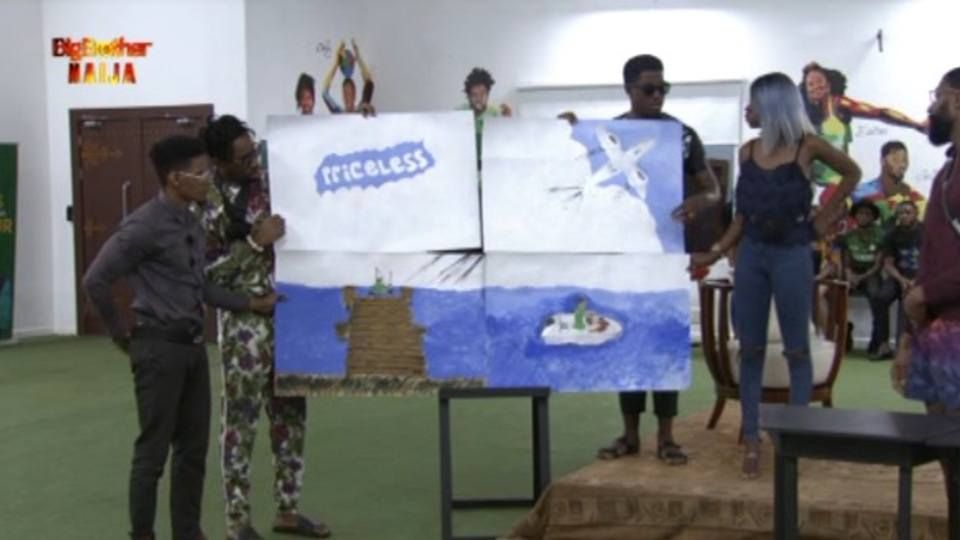 The Bond And The Tortoise.

Team Enigma understood the bond that existed between the elderly and the young one and the roles the elderly ones played to keep the family together and decided to showcase this with their sculptures. Team Legends presented wise tales about the tortoise and how it represented the wisdom of the elderly ones. 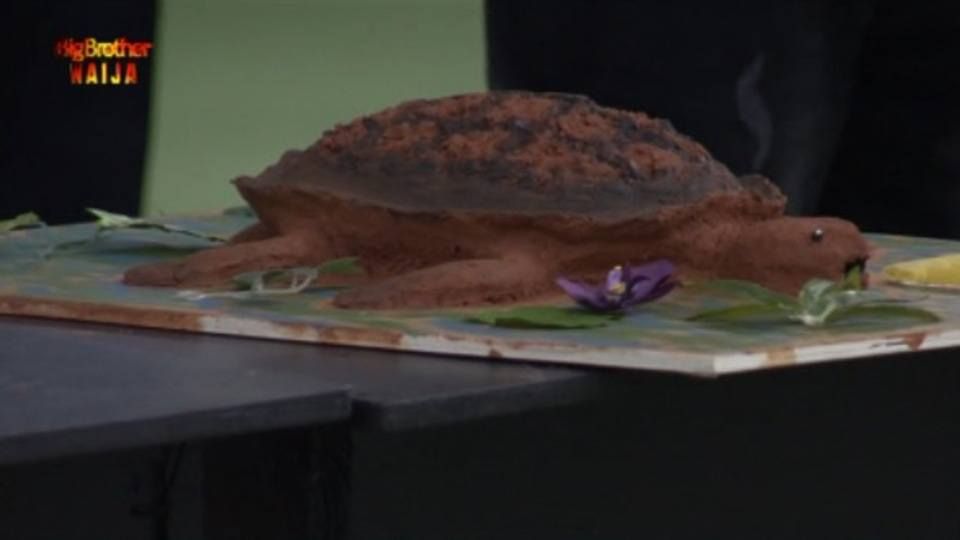 The Knit And Stitch Affair

Team Legend depicted the influence of the elderly ones with knitted wear while Team Enigma settled for stitched clothing and topped it off with a play. A case of why settle for less when you can do it big. Ike and Cindy also put up quite a performance and it wasn’t hard to see why they won. 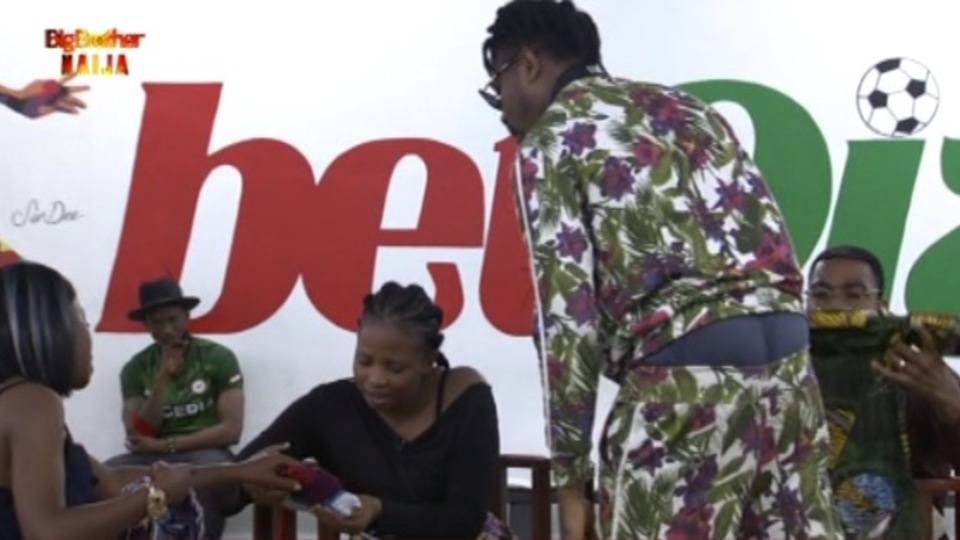 The unique special piece was a tight race between both teams. Team Legends presented a fun and engaging TV show that showed a rather humourous side to Frodd and Venita. Team Enigma presented what Ike called a lyrical show of words and it was this final performance that may have crowned Team Enigma the winner of the Wager Task. They showed knowledge and creativity as Elozonam recited their spoken word piece dedicated to people of all ages especially the elderly ones. 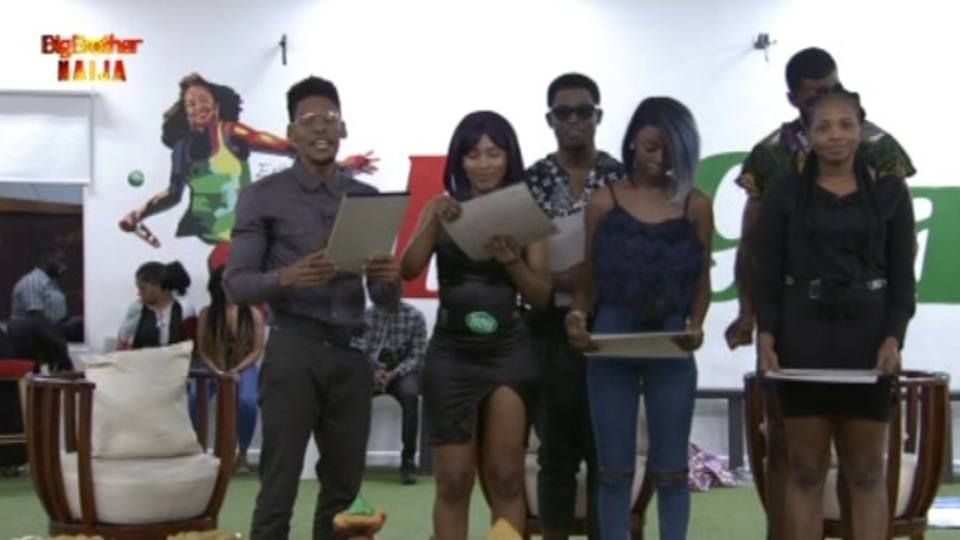 It wasn’t entirely a loss for Team Legends. They got a bonus points for their creative use of make up. This defeat marks their second straight loss. Not only do they not get to shop this week, but in addition to their punishment from losing last week's Wager Task, they also get another one.

Here's a look at how it all played out:

Video
Day 67: Freedom or nah – BBNaija
Cross compares being in the House to being in prison, but the rest of the geng shoot back asking him if he could earn a lot of money in prison and gain so much exposure there.
Video
Day 67: Sharelympics Charade – BBNaija
Part of the Airtel Task was the Charade game and the geng had an interesting time mimicking fellow Housemates to score points.
News
Day 56: Meet Teams Enigma and Legends
Before the business of the Veto Power Challenge, Big Brother dissolved team Cruisetopia and The Icons. The result of this birthed two new teams in the House – team Enigma and The Legends.
News
Day 60: Celebrating The World's Culture With Team Enigma
For putting up a colourful display of different world’s cultures, Team Enigma has won this week’s Wager.