Day 52: Moments of truth in the Diary Room

News
15 March 2017
Biggie decides to put the Housemates on the spot by asking them some deep character revealing questions in the Diary Room.
Subscribe to Watch

Biggie had a set of very interesting questions and offers for the Housemates today and first into the Diary Room was ThinTallTony. After telling Biggie that he was in an upbeat mood especially after the Tasks today Biggie asked him about friendships and alliances in the House. He admitted that some Housemates have formed close bonds with each other but he wasn’t aware of any alliances. When asked if he could pick a Housemate to conspire with who it would be, he picked Bisola, citing his closeness to her and the fact that they understood each other. He further told Biggie that being on the BBNaija show has improved him as a person and he is grateful for the opportunity to better himself. Biggie offered him N1m (one million Naira) to pull out of the show immediately and he said no, citing the fact that he wasn’t a quitter. Lastly, he added that he believed his friends and family would be proud of him.

Up next was Bassey into the Diary Room and he wasted no time in telling Biggie that he felt friendships and alliances were formed from day one. When asked who his ideal co-conspirator would be, he cited his close friendship as his reasons for choosing Debie-Rise. He said he would bring Ese back into the House to aid his chances of winning saying she was the opposite of him and he loudness would show his soft quiet side in very good light. He refused the offer of N1m from Biggie saying the platform the show provides has been an upgrade on many levels.

Bisola said she was in a good mood and the Tasks have been a lot of fun. She quickly named the friendship bonds in the House are between Debie-Rise/Bassey; Bisola/TTT; Bisola/Marvis, and that her close friendship with Marvis would be one of the reasons why she would consider marvis as her co-conspirator. She turned down the R1m offer from Biggie and said she had no regrets being on the BBnaija show. She told Biggie she would love for her sister Adunola to come to the House as she is her backbone and source of strength. She is grateful for the BBNaija platform and has no regrets coming on the show and will do it again in a heartbeat. Feels her mom may scold her for her kissing daliances in the House but strongly believes her family and friends would be very proud of her. 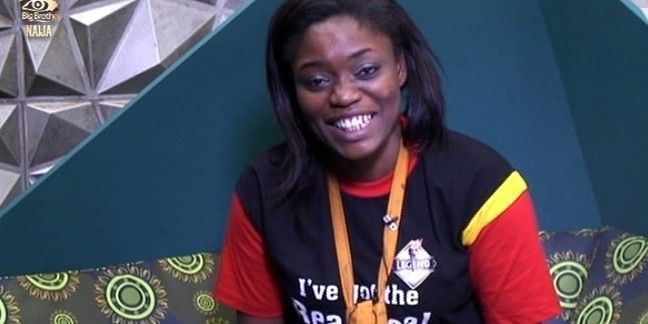 Bally in his usual cool self told Biggie that he felt very good after both Tasks from earlier today because he triumphed in both Tasks, finally. He also told Biggie that a few Housemates have specific Housemates they have formed deeper bonds with, some more than others but he hasn’t noticed any alliances yet. When asked about a possible Housemate to conspire with, he cited his close friendship with Efe as his reason for choosing him. He also told Biggie that his best friend Vince would be his choice of an outsider to come enhance his chances of winning in the BBNaija house. He blatantly refused the offer of N1m from Biggie stating that he doesn’t believe in half stepping and didn’t consider himself a quitter and planned to be in the running until the finale. He told Biggie that he was proud of himself for making it onto the show and also believed his friends and family were also very proud of how far he’s made it on the BBNaija Show. 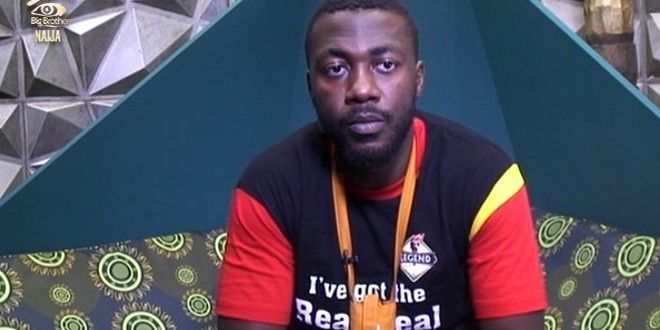 TBoss told Biggie that she wasn’t feeling too great earlier but excelling in both Tasks today has done wonders for her mood. She confessed to Biggie that she was a bit scared before the Tasks but she was extremely glad she won. She admitted to Biggie that most of the Housemates had paired themselves up into mini cliques and she felt she was the only one left out. She even told Biggie that her supposed friendship with debie-rise seemed one-sided as Debie-Rise was all over the place and wasn’t giving their friendship 100%. With all the wishy-washy antics of Debie-Rise though, she still said she would pick her as a possible conspirator should Biggie allow it. She said her sister Wendy would be the perfect choice of outsider to come into the House to help her chances of winning as Wendy was a pillar of support and strength. She gave a resounding NO to Biggie’s offer of N1m but was quick to add that she would do it all over again if the opportunity provided itself. 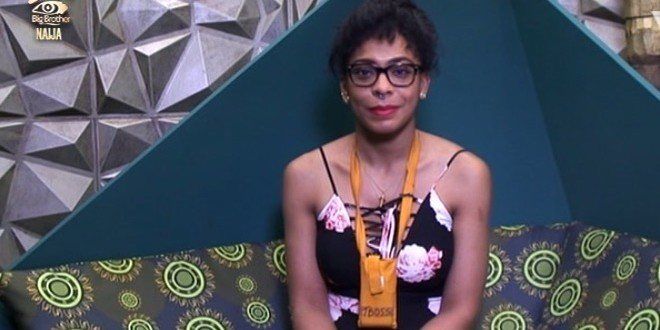 Efe told Biggie it has been a great and interesting day and even though he hurt himself twice during both Tasks trying to win. He even added that though he lost at both Tasks which hurt, he was happy he gave it 100% regardless. He told Biggie he felt the prevalent freindships and alliances among the Housemates was the real reason the last Nominations turned out the way they did; and in lieu of that he has decided to fly solo going forward. He told Biggie he didn’t feel he could trust any of the Housemates so he didn’t think he could conspire with anybody, but eventually picked Marvis as a possible conspirator. He refused the N1m offer from Biggie stating that he came into the competition to win N25m and a car and not N1m. He added that his friends and family always saw him as a go-getter so he was sure they would be proud of him. 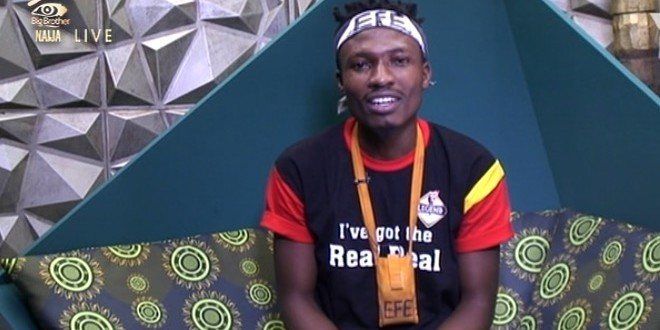 Marvis said her mood was very great especially because she excelled in both Tasks from earlier today, a very proud moment for her. She also told Biggie that she felt the chocolate Task was more a punishment that fun, though she enjoyed it. She admitted to Biggie that she has been pretty much consistent in her choice of friends and has stayed with the same people so far, namely Bisooa, efe and TTT. She said she would pick Bisola as a possible conspirator citing that Bisola loves to gossip but added quickly that they both shared a subliminal bond together. She told Biggie that her friend mabel would be the ideal outsider she would love to bring into the House to aid her chances of winning. She told Biggie she considered herself as a positive person and felt her chances of winning were very high. She refused to take the N1m offer from Biggie stating that victory was a better incentive that the prize itself.

Debie-Rise told Biggie that even though she had lost in both of the Tasks from earlier, she was very grateful for getting her guitar back, and this singular act made losing not so bad. She confessed to biggie that she felt she was a bit guilty of the friendship cliques but in terms of alliances, she named Bisola/Marvis/TTT/Efe and Bally as the main culprits who have formed an alliance. She named Bassey and TBoss as her closest friends. She reluctantly chose TBoss as the Housemate she would conspire with. When asked which outsider she would love to bring to the House to aid her chances of winning, she named her friend Lundgren as he would push her to achieve her goals. She told Biggie that being a multi-talented person stands her in good stead to win BBNaija. She refused the N1m offer from Biggie stating that the BBNaija platform trumps any monetary stipend. Before she left the Diary Room, she told Biggie that she believed her friends and family are very proud of her.

The Housemates all seem focused on the task at hand, which is making it into the finale of Big Brother Naija, and they will be relying on all your support to achieve their dreams.

Video
Theatrical moments at the Auditions – Nigerian Idol
Sometimes in the Audition room, a little drama pops up here and there that adds more colour and excitement to the Nigerian Idol to the Auditions. Our Judges are not left out as they also bring their own unique 'kolo' you our screens.
Video
Day 66: The Diary Room predictions – BBNaija
In their latest DIary Session, Biggie asks the six finalists to predict who will take which spot in the top six positions.
Video
Day 22: Truths From The Diary Room
In today’s Diary Task, the Housemates got to play Biggie and took hold of this opportunity to find out a truth or two about each other. Watch how feelings were expressed and facts were revealed.
Video
Biggie’s Corner: Totori Moments In The Diary Room
Funny, emotional and dramatic are some words that capture what goes on in the Pepper Dem Diary Room. Here are the most memorable sessions that have featured in Biggie’s Diary Room.