News
07 August 2017
More talent swap Teams for the Lives, after Coaches STEAL them.
Subscribe to Watch

Last night marked yet another thrilling episode of The Voice Nigeria, as Talent continued to “Battle it out” in song for a spot on the Live Shows.

Kicking off the Show was #TeamWaje’s Obichi and Isaac, who performed Korede Bello and Tiwa Savage’s song titled “Romantic”. Come decision time after the Battle and Coach Waje picked Obichi for the Lives.

#TeamPato’s Tama Nisa and Annie C were up next, singing Labyrinth’s song titled “Beneath Your Beautiful”. Gosh! The power in those two lady’s voices! It’s no wonder Coach Pato had a tough time choosing which one of them would go through to the Lives. He decided to go with Annie C.

It was on #TeamYemi where we saw the first STEAL for the night, when Coach Timi pressed his STEAL buzzer, after the epic Battle between Majeeka and Wolei. Seems Timi was testing Wolei, as he waited long enough for him to finish his parting speech on stage, before pressing the buzzer, giving him a lifeline to the Lives! 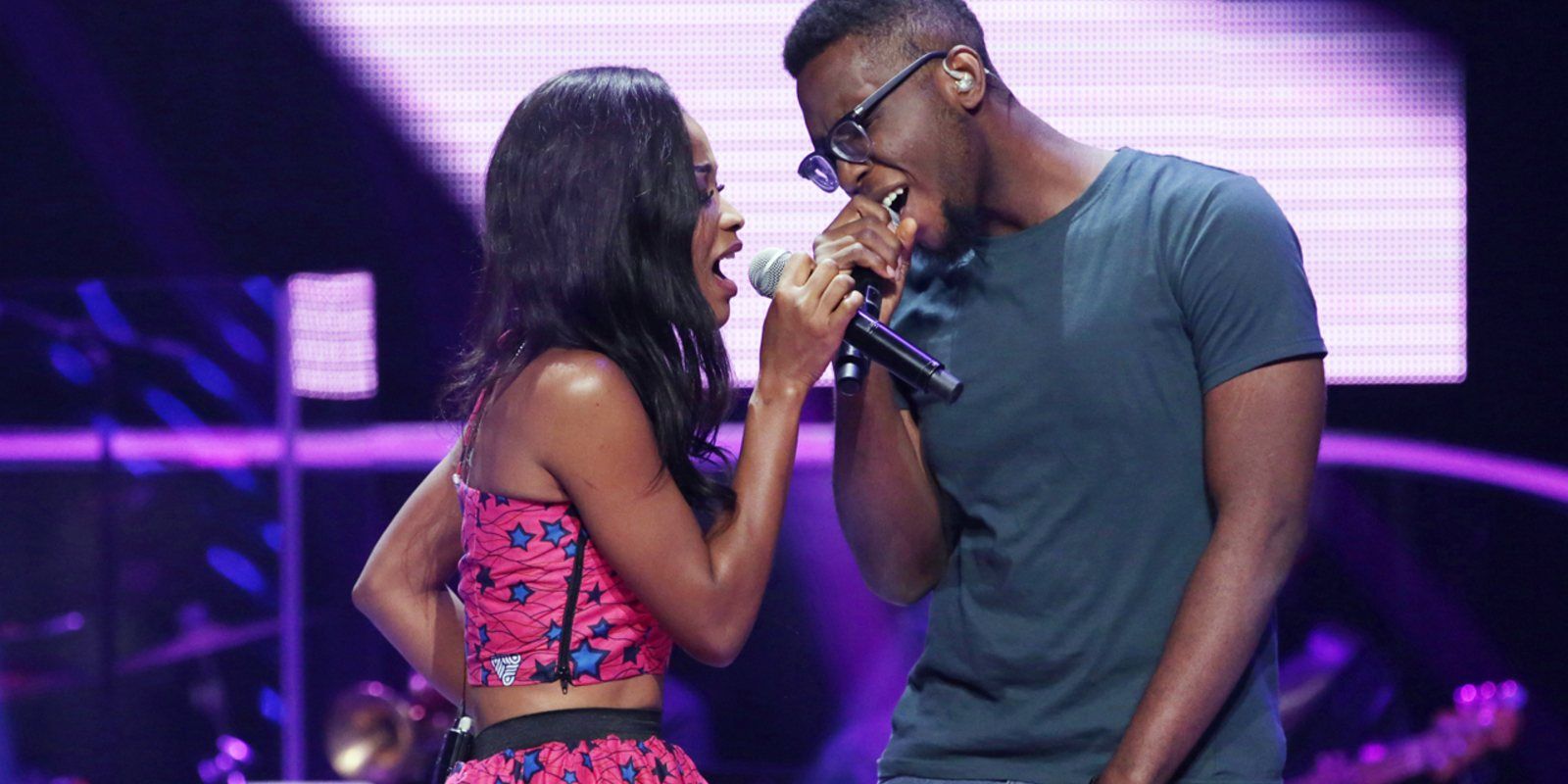 #TeamTimi’s Blessed and Bada made sure they “signed and delivered” Stevie Wonder’s song titled “Signed, Sealed, Delivered,” a performance that saw the latter being picked by his Coach for the Lives.

#TeamPato’s Hightee and Blessyn performed Jordin Sparks and Chris Brown song titled “No Air” and Hightee got picked for the Lives.

Closing the show on a high note were #TeamWaje’s Glowrie and Wilson, with their enchanting performance of Babyface and Toni Braxton’s “Hurt You”. Boy would Babyface and Toni be proud of these two! Coach Yemi even said they gave her goosebumps! It was a well-deserved SECOND STEAL for the night, as she went on to STEAL Wilson, after Waje picked Glowrie for the Lives.

The Battles continue and things heat up every week to heat up, as more Talent Battle for a spot in the Lives and Coaches are faced with more difficult decisions. Tune in this Sunday to find out who reigns supreme and whose journey comes to an end on The Voice Nigeria.

Video
Day 46: The food feud continues – BBNaija
" I hope Level 2 can keep the same energy outside" Chomzy attacks Phyna for hoarding food that belongs to Level 2 Housemates.
Video
BBNaija Gist: “I understand the dynamic,” Allysyn – BBNaija
Allysyn says that she understands the dynamics of Hermes’ polyamorous relationship but can’t say for sure if she’ll be part of it. She adds that she loves Doyin one hundred per cent and will continue their friendship.
Video
The Voice Nigeria season 3 on AM
Watch the third season of The Voice Nigeria on AM Showcase, Urban or Family on Saturdays at 8 pm, and see who gets our superstar coaches turning.
News
Day 13: A thrilling Saturday Night with Oxlade and DJ Big N
Get ready for a lit weekend as DJ Big N and Oxlade take the Lockdown dancefloor by storm.