News
12 April 2022
Who will emerge victorious in these fiercely contested voting categories? Read on.

All together now: We believe in the AMVCA 8 siren supremacy!

Our #AMVCA8 Nominees in this year’s female-led categories are powerful, talented, and unforgettable on the big screen, and their roles in some of the most recognisable movies of the last two years is evidence of this. But who will take the gong home in the Best Actress in a Comedy, Best Actress in a Drama and Best Supporting Actress categories? Check out our focus on the talent Nominated in these public voting categories and take your pick.

‘Things have to be funny first, and if they want to have a point, that’s awesome’ – John Mulaney

Best Actress in a Comedy (Movie/TV Series) powered by Cowbell

If you haven’t watched Funke Akindele’s star turn as Lefty in Omo Ghetto: The Saga, where have you been? Featuring a star-studded cast that includes singers Naira Marley and Temi Aide, Omo Ghetto tells the story of a kind female gangster named Lefty, who is the leader of a gang called the Askamaya Bees. Heartbreak, Yahoo Boys, and laughter are all in a day’s work for this crew and Funke shines bright in this lead role. 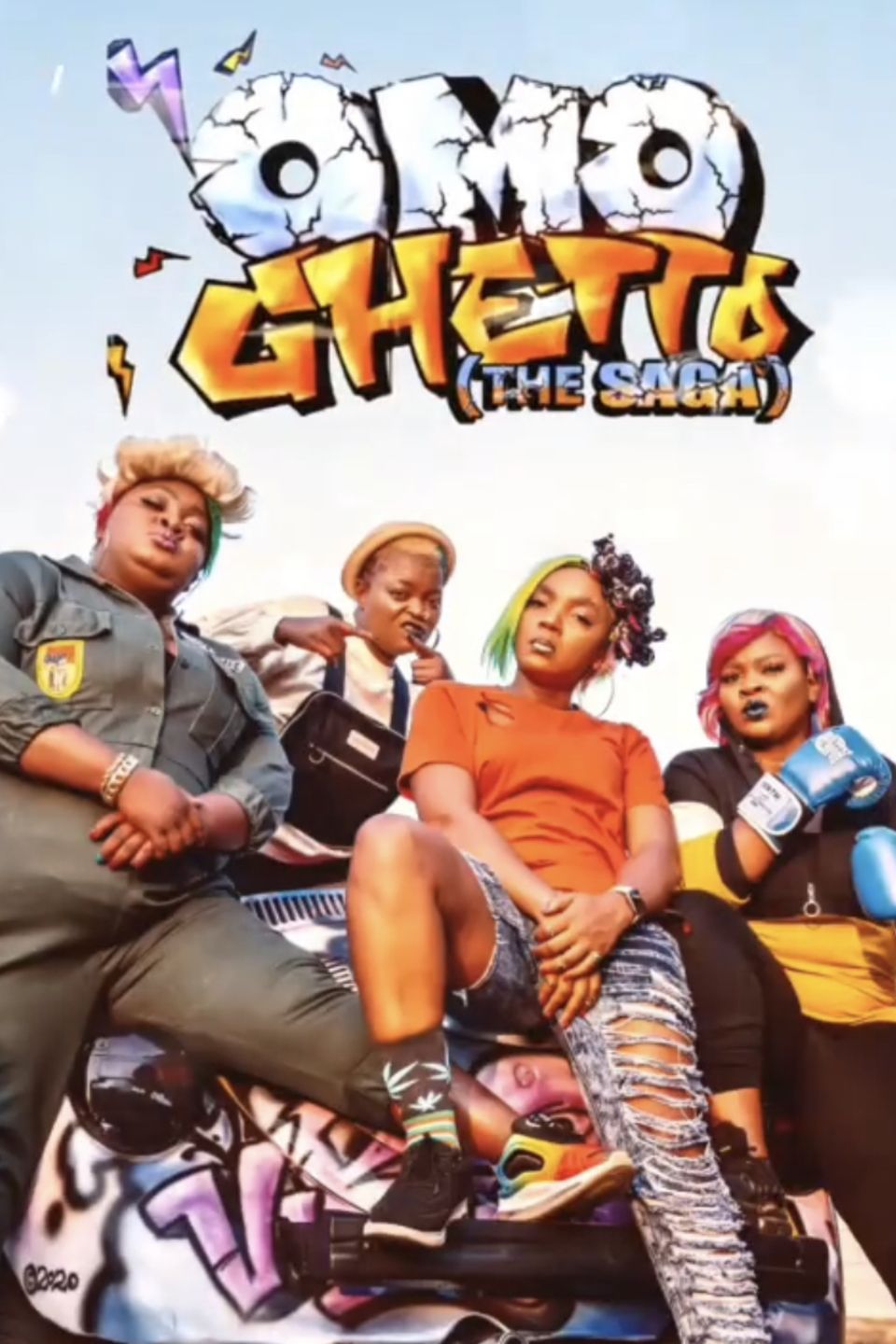 Fun fact: Omo Ghetto (The Saga) is also Nominated in nine categories at this year’s AMVCAs *and* has also been named Nollywood’s highest-grossing movie of all time, after raking in more than N468 million at the box office in one month. That part! VOTE here if your money’s on Funke.

We love a good mix of romance, humour, and drama; and Bimbo Ademoye rises to the occasion (wink) as Toluwade, a bread seller (boom!) who finds her life intertwined with a rich, misunderstood young man named Sunmisola. Sunmisola wakes up one day with nothing and soon finds himself at war with the law and with his mother (also the law, tbh). Toluwade? She’s there for the exhilarating (and hilarious) ride. With over 70 films under her belt, Bimbo is all about her business and all about the dough, and her role in Breaded Life is yet another impressive feather in her illustrious cap. 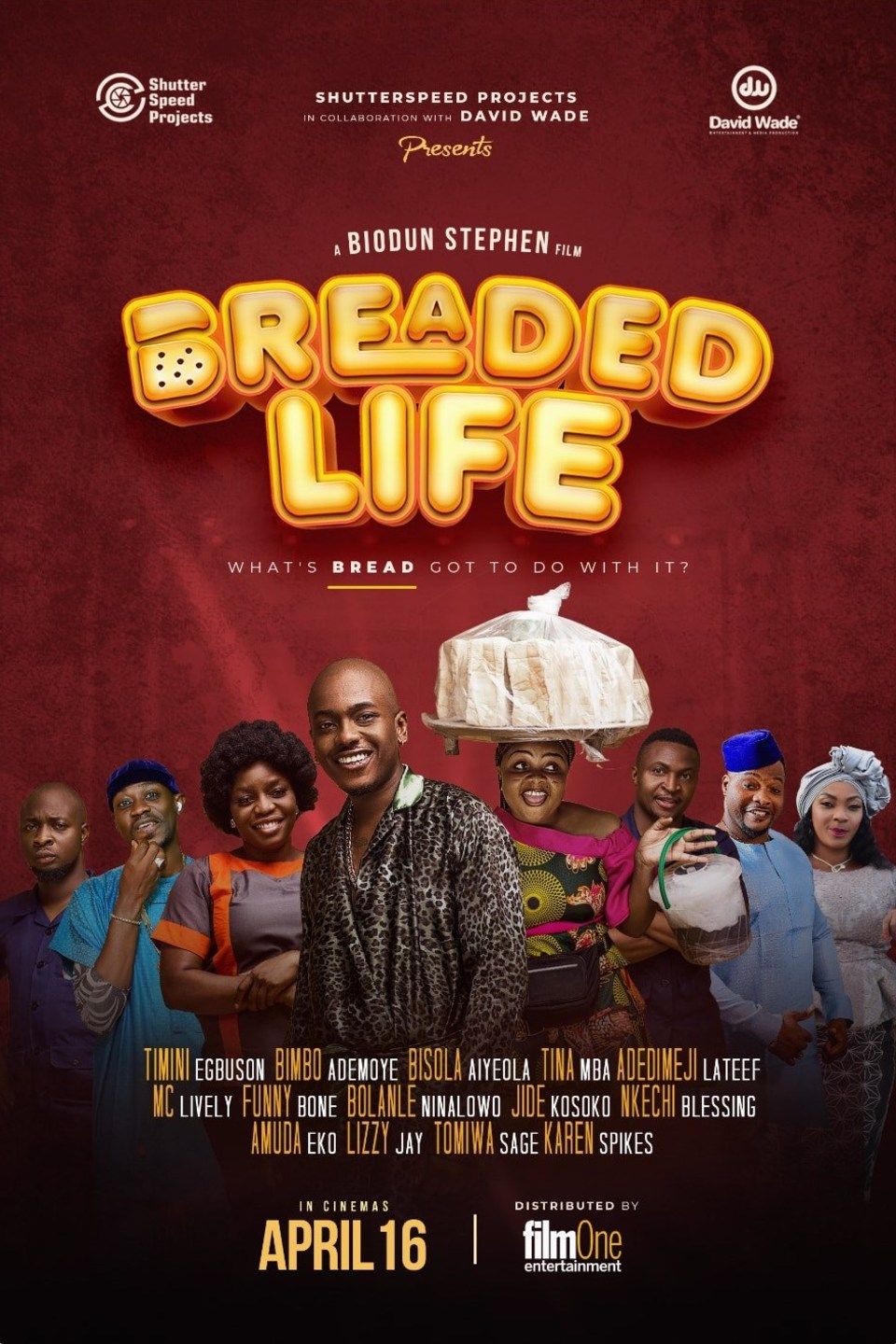 Love her in this movie? Make your voice heard by VOTING for Bimbo here.

After winning an AMVCA in 2014 and being Nominated for another in 2016, Nse Ikpe Etim is back on the Nominees list, this time for her turn as Ozzy in the film Quam's Money, the sequel to New Money. In the film, former security guard turned multimillionare Quam falls victim to fraud, and all hell breaks loose. Nse Ikpe Etim is truly unforgettable in this role and her Nomination does not come as a surprise, following that performance. Think so too? VOTE for her here. 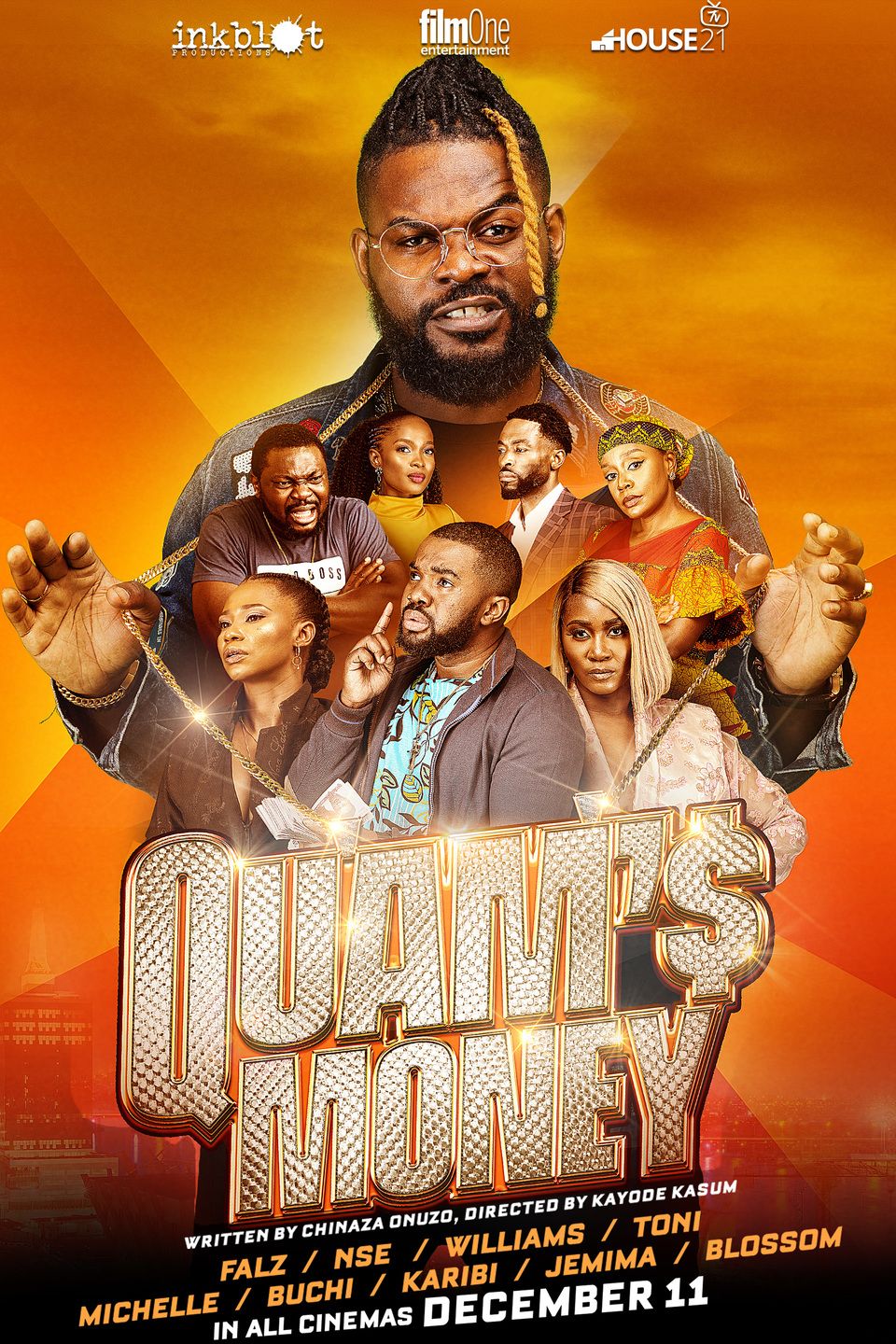 Bisola Aiyeola is Nominated in all three female-led voting categories at this year’s AMVCAs. 🔥 In the Best Actress in a Comedy category, this AMVCA and Big Brother alum is Nominated for her role as Officer Juliet in Dwindle, a hilarious comedy released in 2021. 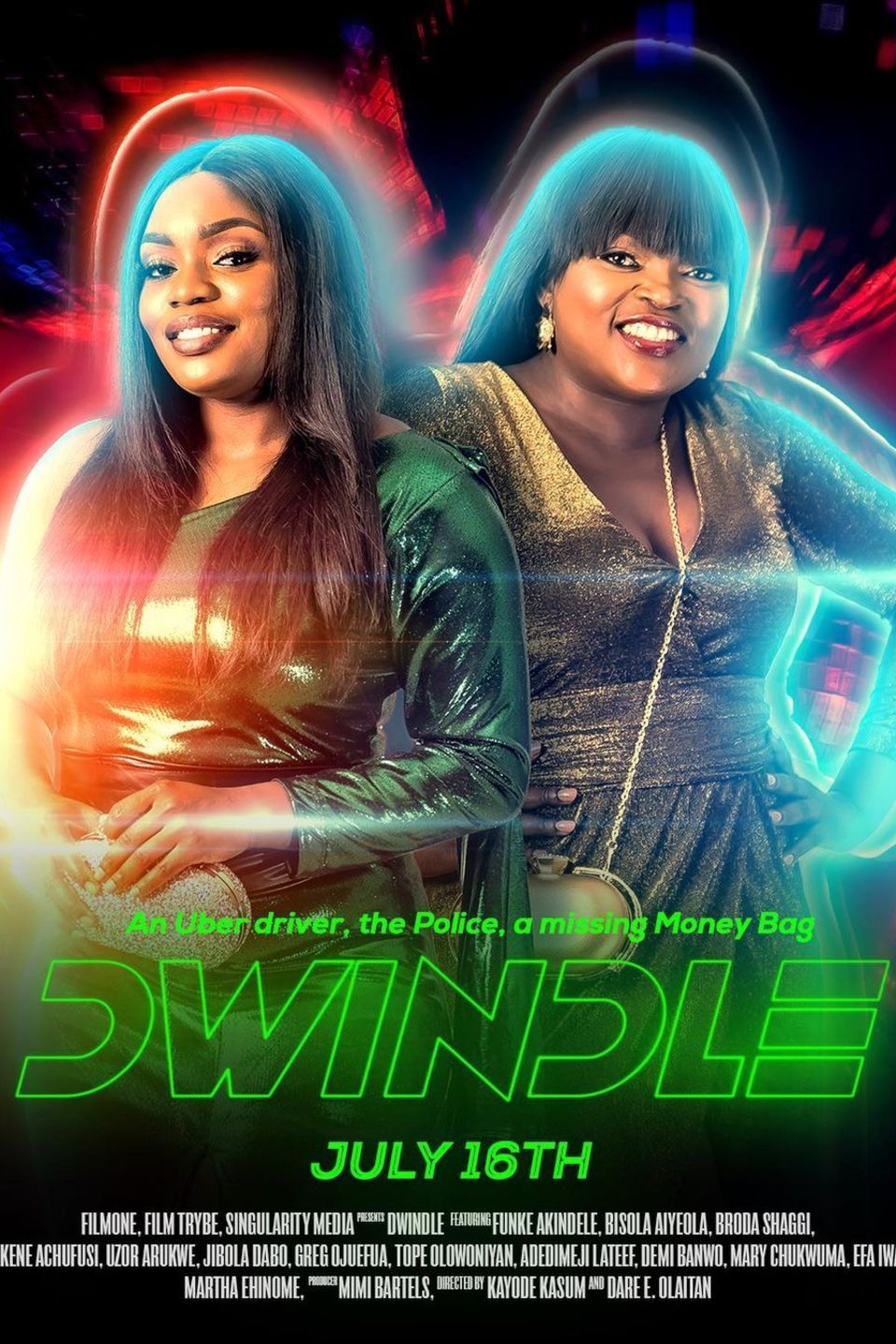 Officer Tolani and Officer Juliet are two disrespected female officers who are charged with a big assignment: protecting the Governor of Dakawa State. Unfortunately, he is kidnapped on their watch, and they are accused of the crime. VOTE here if your money’s on Bisola.

First time AMVCA double Nominee Nancy Isime (she’s also Nominated for Best Actress in a Drama) shines bright in her role as lovelorn Kambili in delectable rom-com Kambili: The Whole 30 Yards. Determined to marry before she turns 30, Kambili changes her ways and tries to do whatever it takes to win her ex-boyfriend back, to ensure she walks down that aisle. What follows is a series of funny gaffes and eyebrow-raising moments that cement our lead actress as one of the best in the biz. 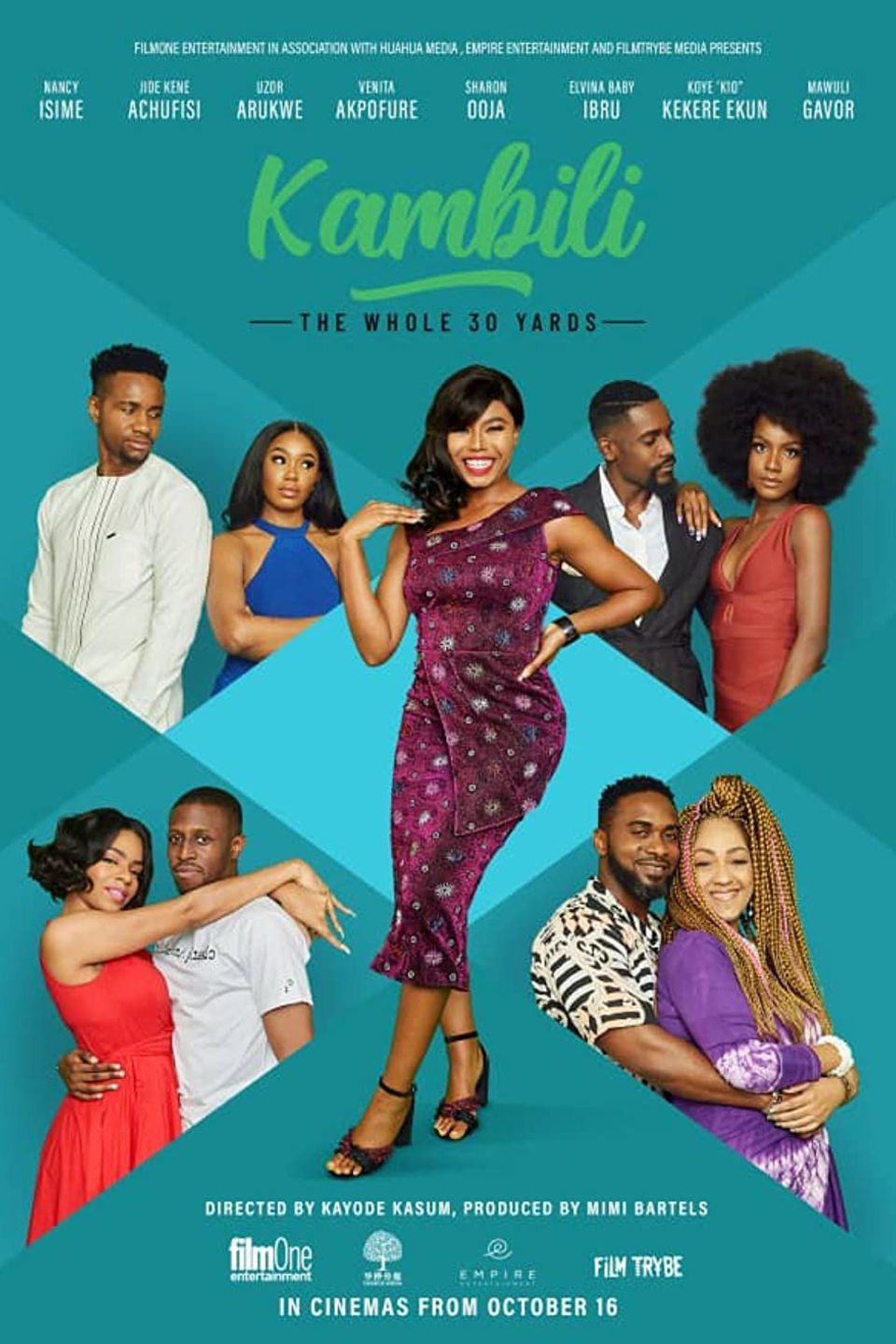 Obsessed with her in this role? VOTE for Nancy Isime here.

Kenyan actress Sarah Hassan is a joy to watch in her role as Muthoni in AMVCA 8 Nominated film Just In Time (Best Movie: East Africa, Best Overall Movie, Best Picture Editor, Best Cinematographer, Best Soundtrack). She plays a jobless former bookstore clerk who, instead of spending her days laying on the beach in Zanzibar, finds herself solely responsible for taking care of her cousin's 11-year-old daughter. Yikes! Love Sarah in this role? VOTE for her here. 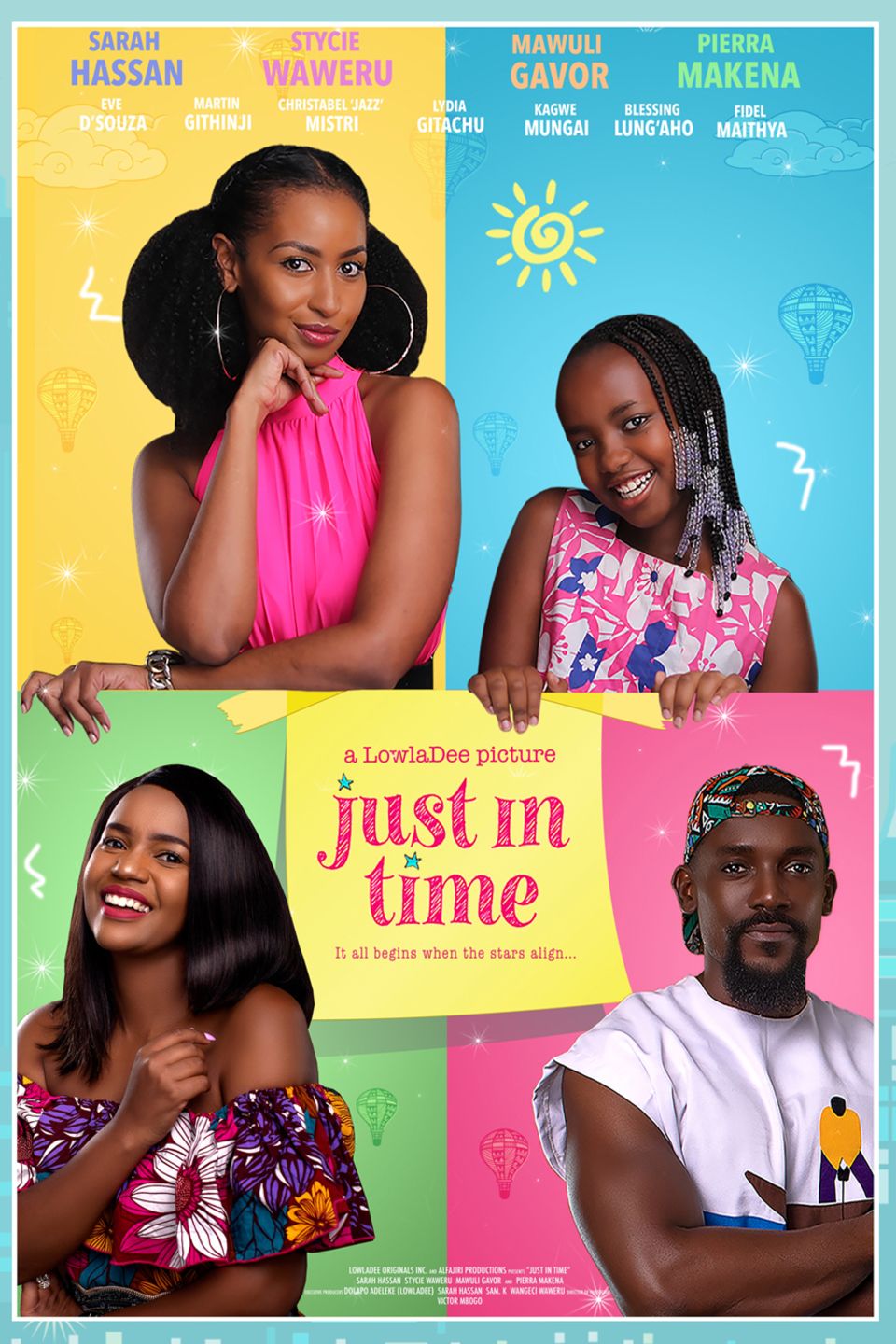 Asabe Madaki ditched a possible career in law and pursued acting instead – and for that we’re forever grateful! The talented actress takes her place amongst the stars in this category for her unforgettable portrayal of Salma in Voiceless, a heart-breaking, inspired-by-real-life depiction of the chaos caused by the abduction of the Chibok girls in Northern Nigeria. To give Asabe her flowers, VOTE here. 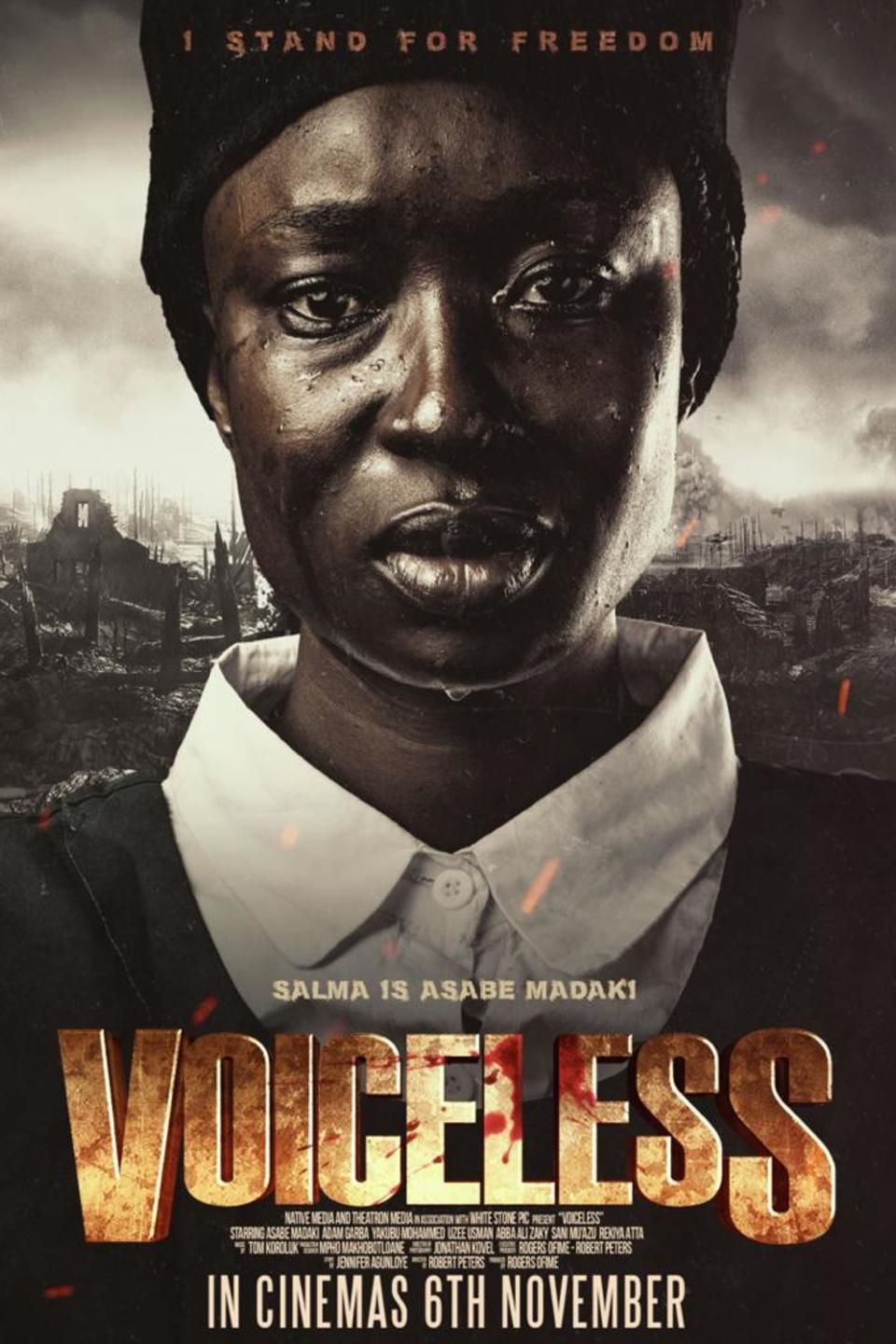 Although Osas has co-hosted the AMVCAs before, this is her first Africa Magic Viewer’s Choice Awards Nomination ever! In Rattlesnake: The Ahanna Story, Osas plays Amara Okoli, the only female member in a criminal gang of five. Amara, Ahanna, Bala, Egbe and Sango rob the rich and give some of the loot to the poor, until it all goes wrong one day, and the crew finds themselves on law enforcement’s ‘Most Wanted’ list. 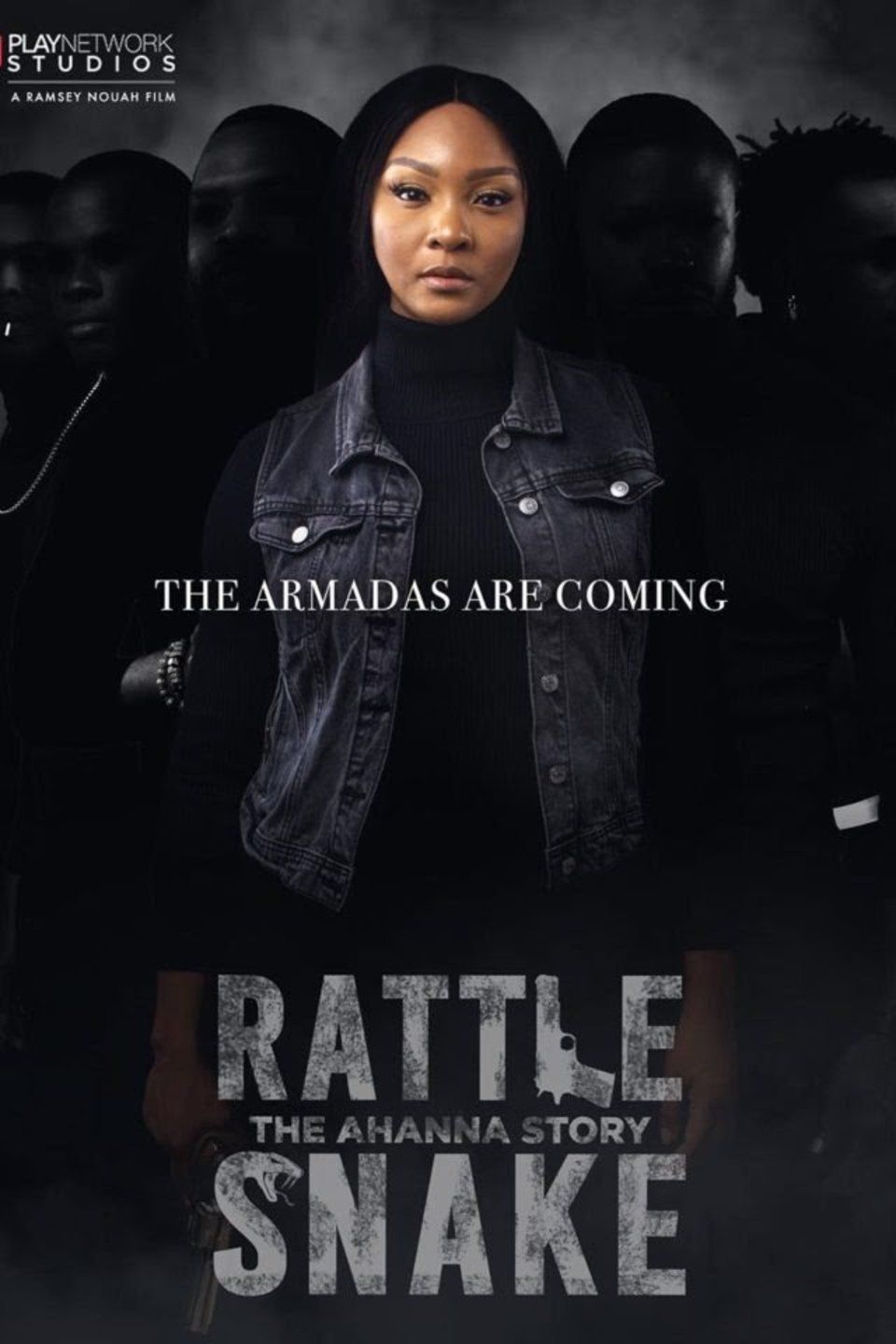 Want Osas to win her first AMVCA? VOTE for her here!

Critically acclaimed actress Meg Otanwa won an AMVCA gong in this same category in 2017, and this time, she earns yet another well-deserved nod for her portrayal of Derin, a mother who suffers from postpartum depression. No emotion is left unchallenged in this story that shines a spotlight on mental health, as Deren struggles to bond with her new-born and withdraws from family, all while dealing with an overbearing mother-in-law. Taken by Meg’s performance? VOTE for her here. 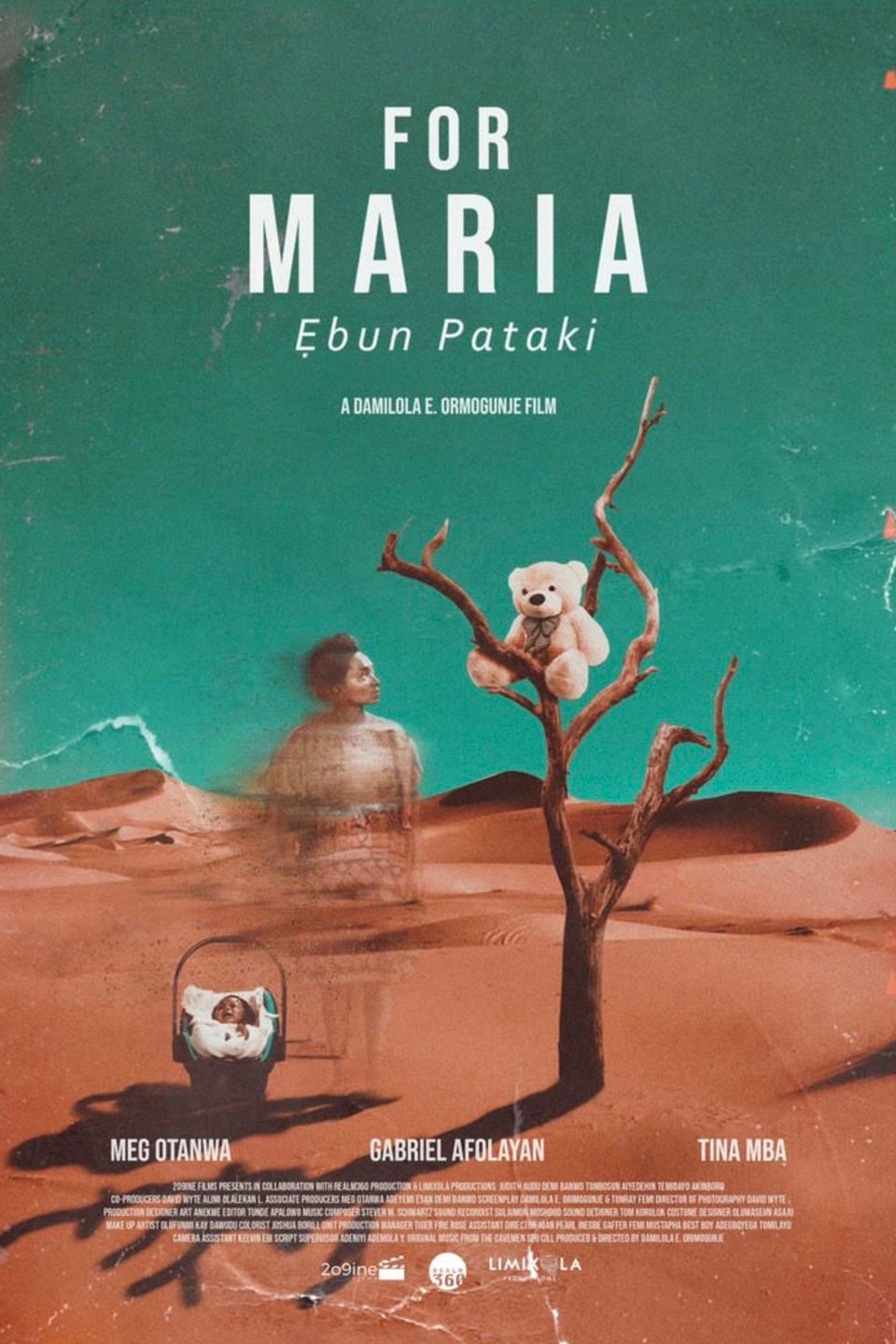 Bisola, who is also Nominated in the Best Actress in a Comedy category this year, plays Aiye in This Lady Called Life 2. The film follows Aiye, a single mother and businesswoman who tries her best to keep afloat in expensive Lagos, while also trying to prove her worth as a veritable chef. 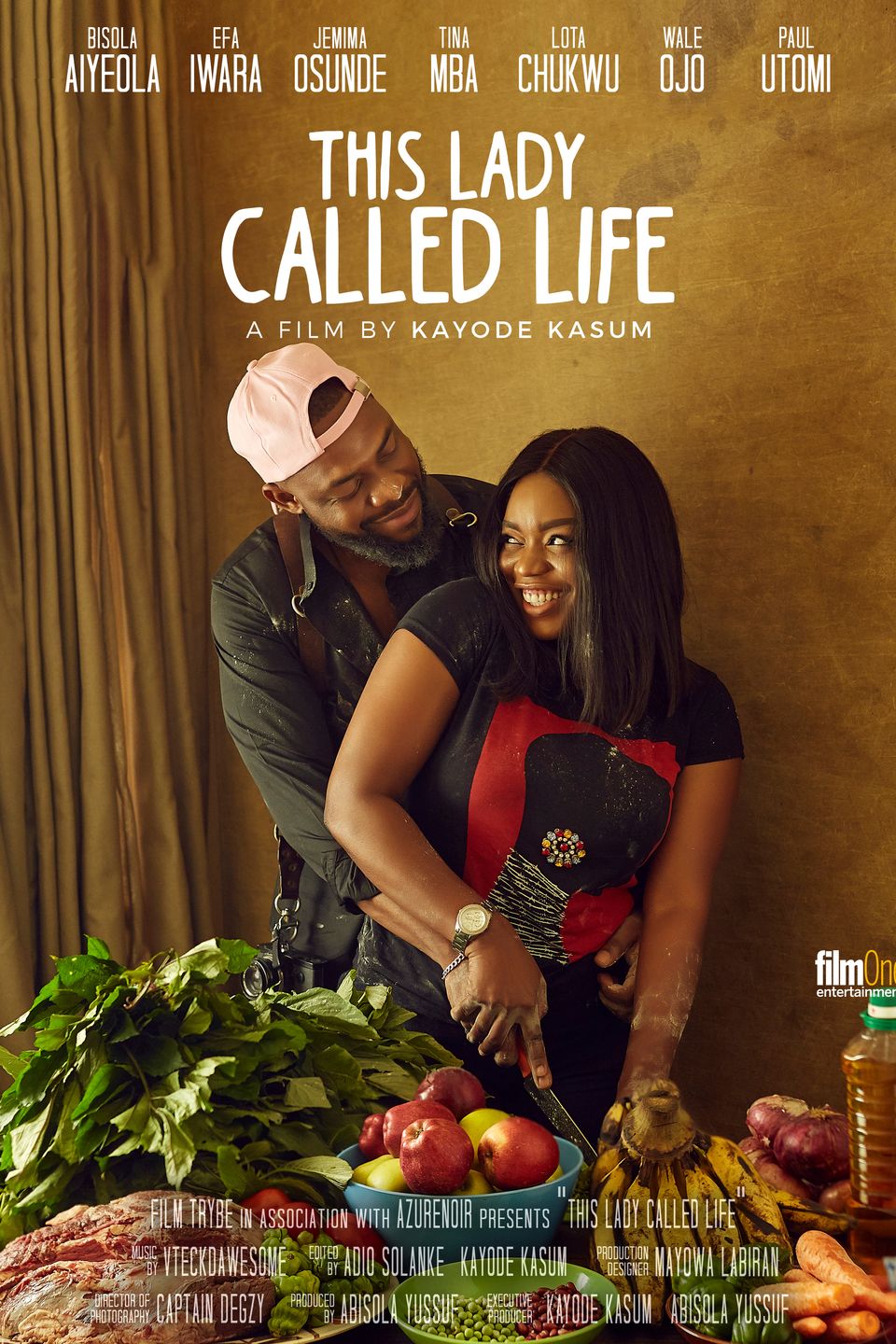 Want Bisola to win this one? Click here to VOTE.

Nancy Isime plays the lead role in Superstar, a Nollywood romantic drama released in 2021. Queen is an up-and-coming actress who can’t seem to catch a break. To confound matters further, she is caught between two love interests and must deal with many other hurdles life throws her way. Think Nancy delivered effortlessly? VOTE for her here. 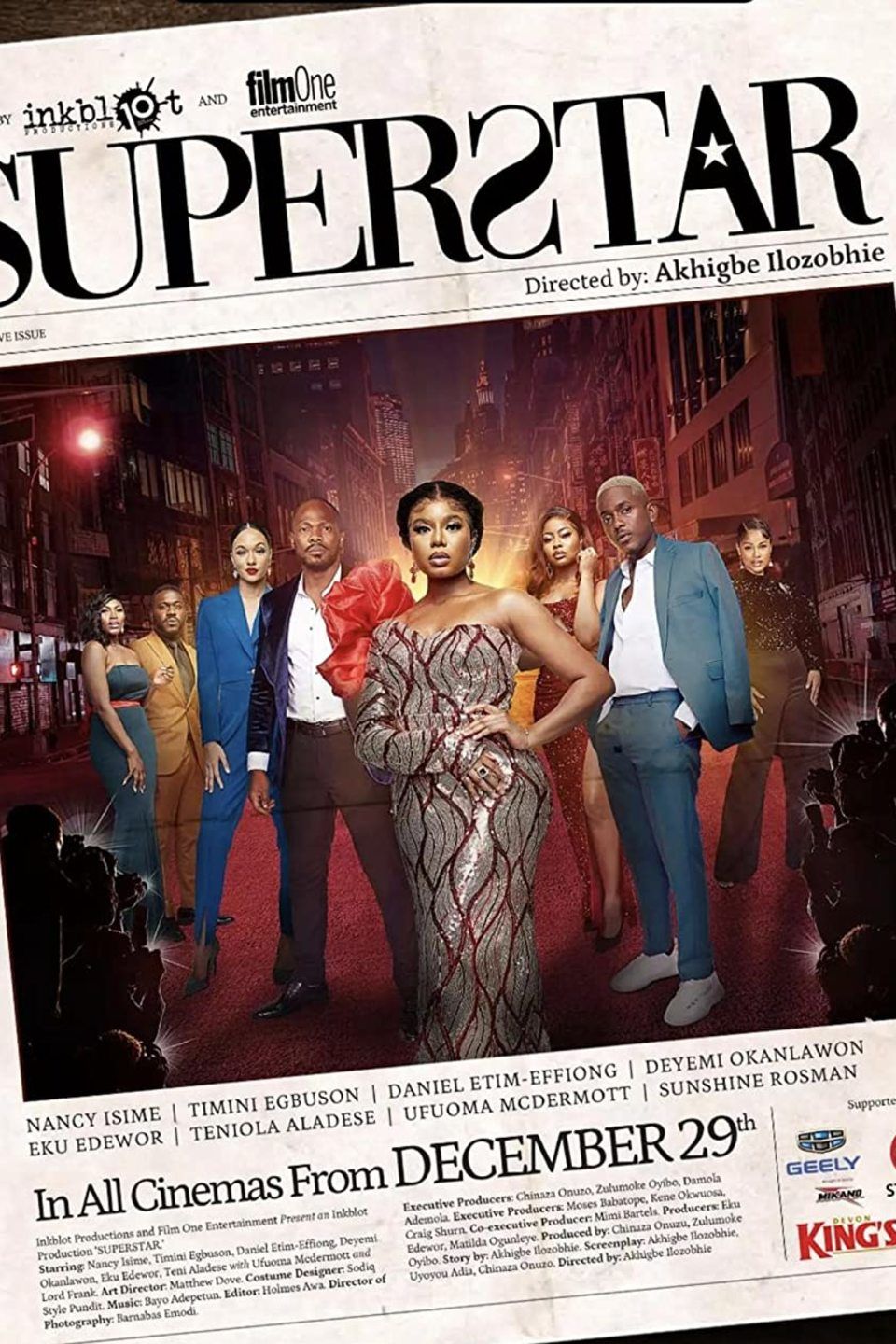 Genoveva Umeh – A Tune Away

In A Tune Away, Genoveva shines as Anita, a dedicated worker at a Therapeutic Boarding School, who helps revive the institution. Along the way, she helps Omon, one of the patients, harness his splinter abilities. Want Genoveva to win in this category? VOTE here. 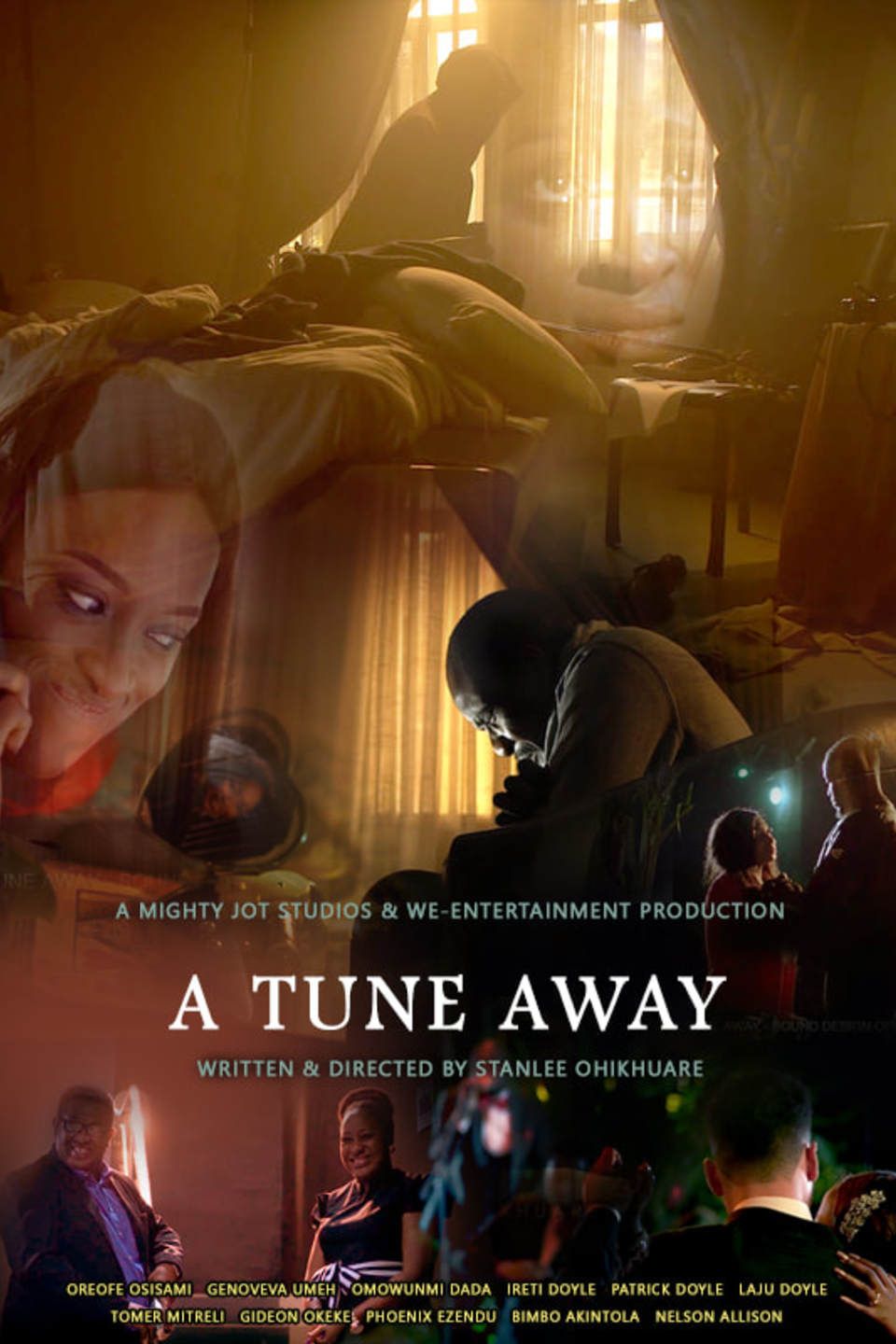 Kehinde Bankole makes her AMVCA Nominations debut for her portrayal of Affy, a girl who meets and falls in love with a boy, Mike. After a whirlwind romance, plans are made for a fabulous wedding, but a spanner is thrown in the works when the unexpected happens. 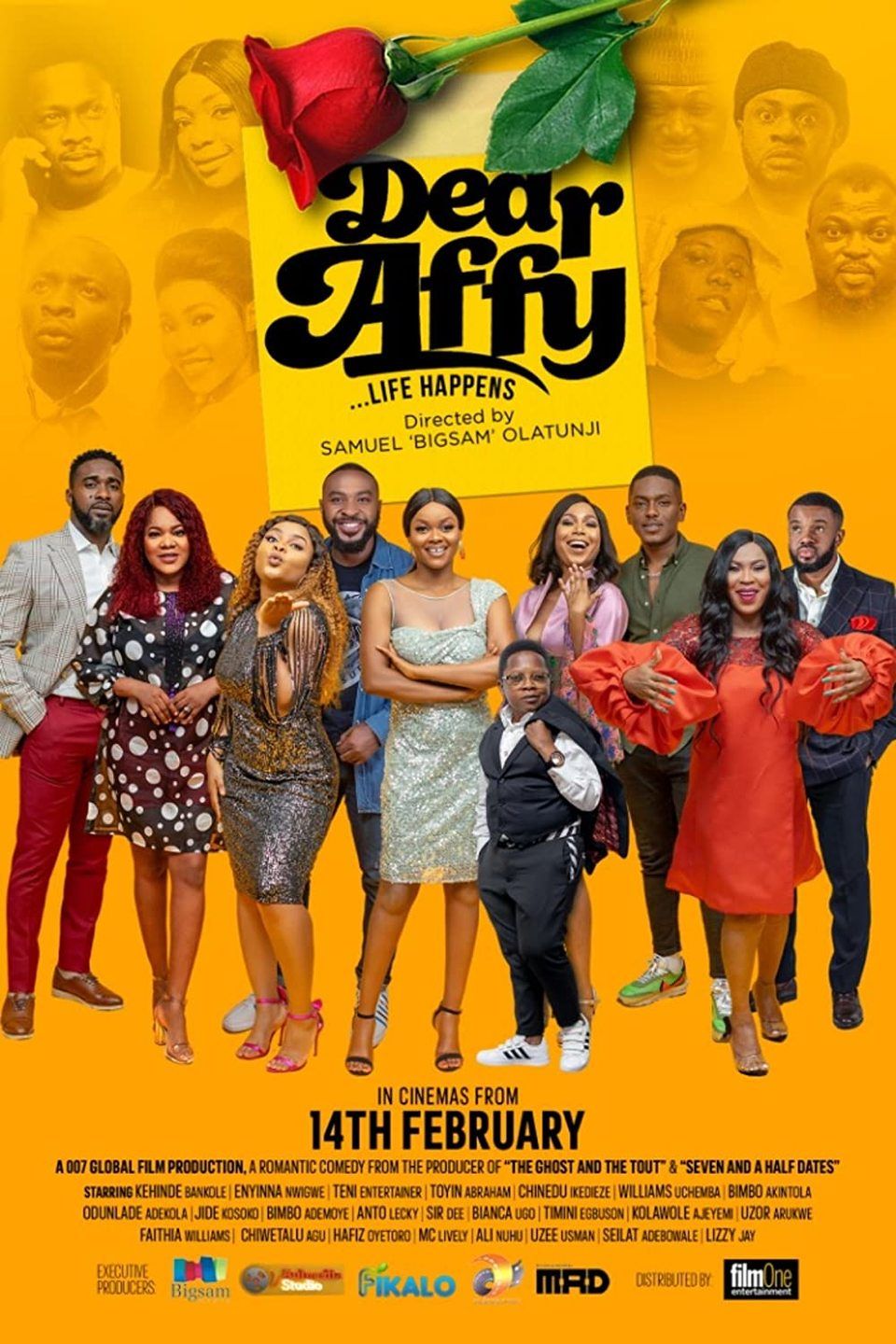 Bisola earns yet another AMVCA 8 Nomination, this time in the Best Supporting Actress category for her portrayal of Bola, a vibrant and playful pink-haired firecracker. Bola and her sisters find a whopping $800,000 in the house of a corrupt man. When they start spending the money however, all hell breaks loose. Enjoyed Bisola as Bola? VOTE for her here. 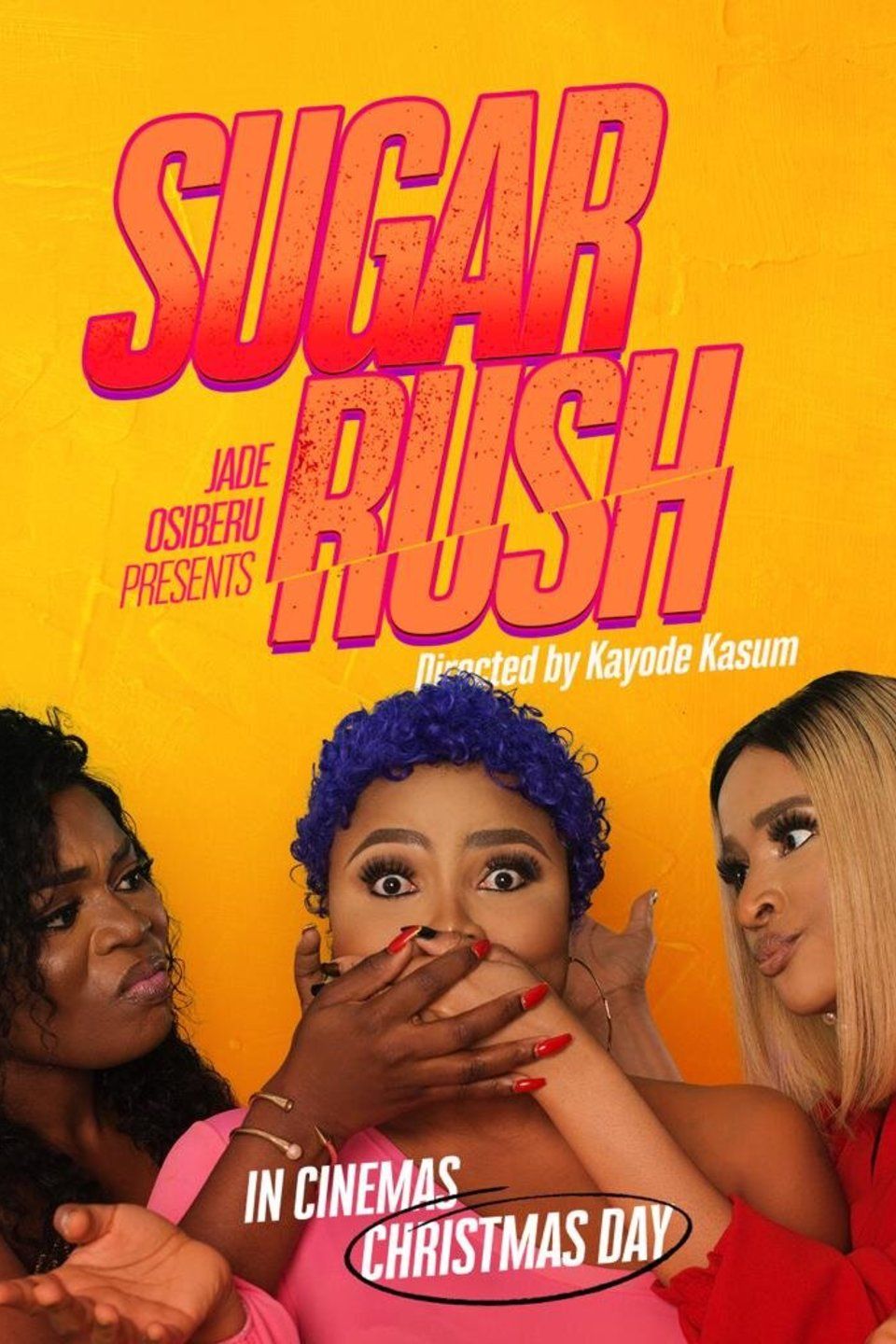 Mercy won the Best Actress in a Comedy award at the 2013 AMVCAs and now in this eighth edition, she makes another bid for the top prize for her role in The New Normal. Mercy shines in this story about four couples and their single friend who tackle life’s highs and lows as a collective. Loving Mercy in this role? VOTE for her here. 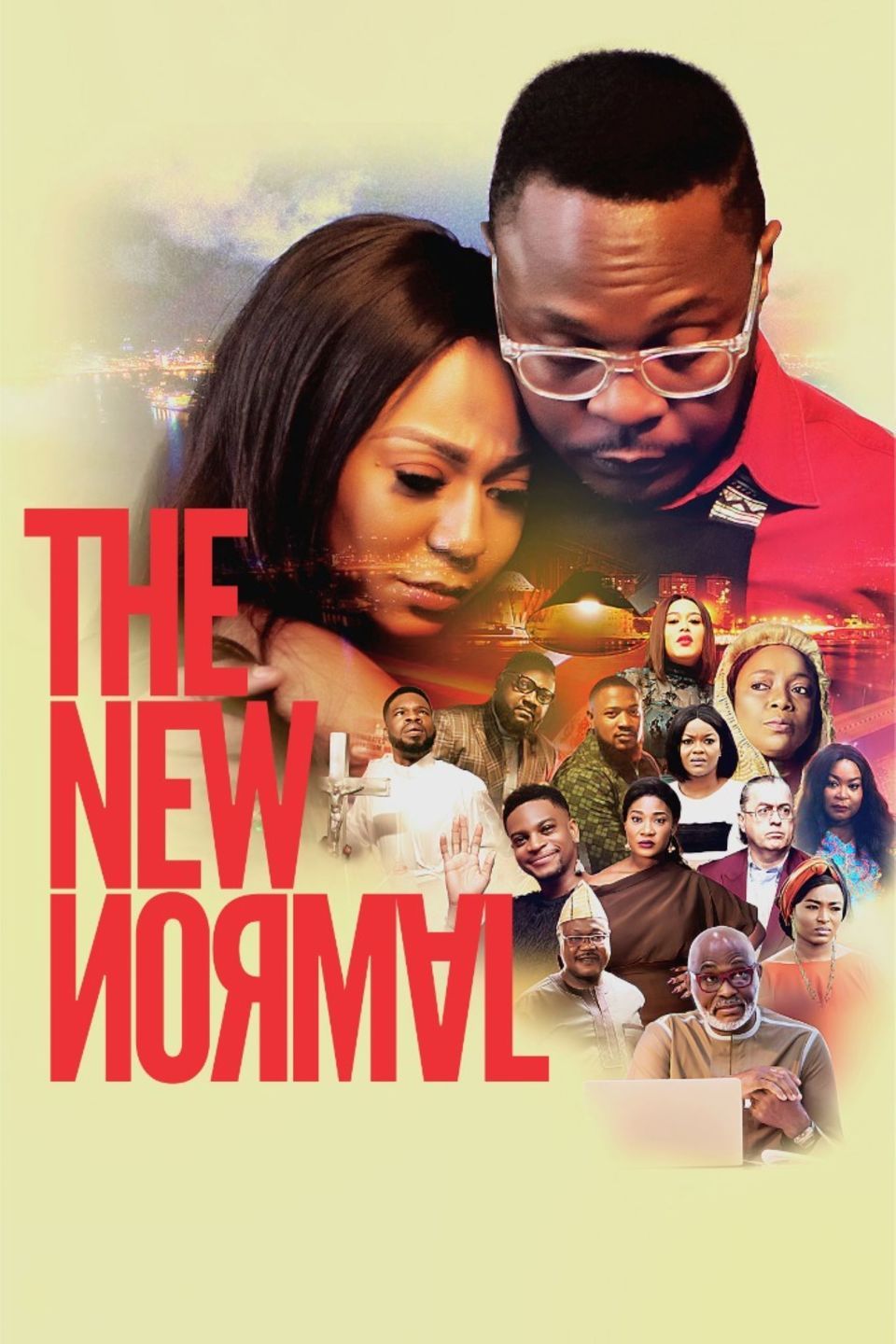 Nollywood veteran Clarion Chukwura makes a bid for the Best Supporting Actress trophy following an unforgettable turn as Zumbura, the priestess of the Oracle Tukur Tukur, in the movie Amina. Amina is based on the history of Queen Amina, the first woman to rule the Zazzau empire in the 16th century. 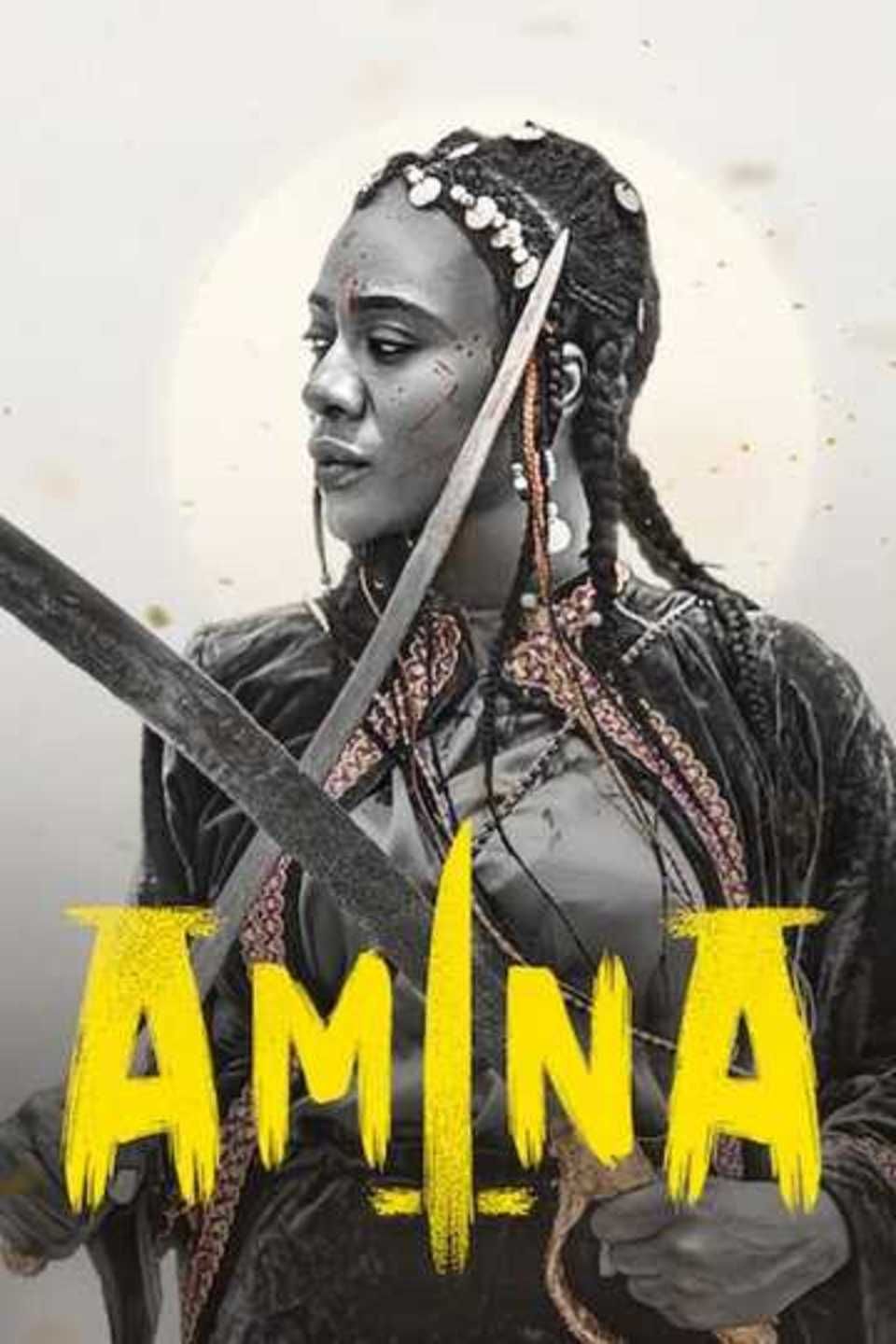 Make awards show magic and ensure Clarion gets her gong by VOTING here.

Kenyan actress Mumbi Maina, who has also starred in Hollywood’s The Matrix Resurrections, plays Thabisa in psychological thriller La Femme Anjola (which is also Nominated in five other categories at this year’s AMVCAs). Thabisa is engaged to banker Dejare, who falls in love with Anjola (played by Rita Dominic), a gangster’s wife. 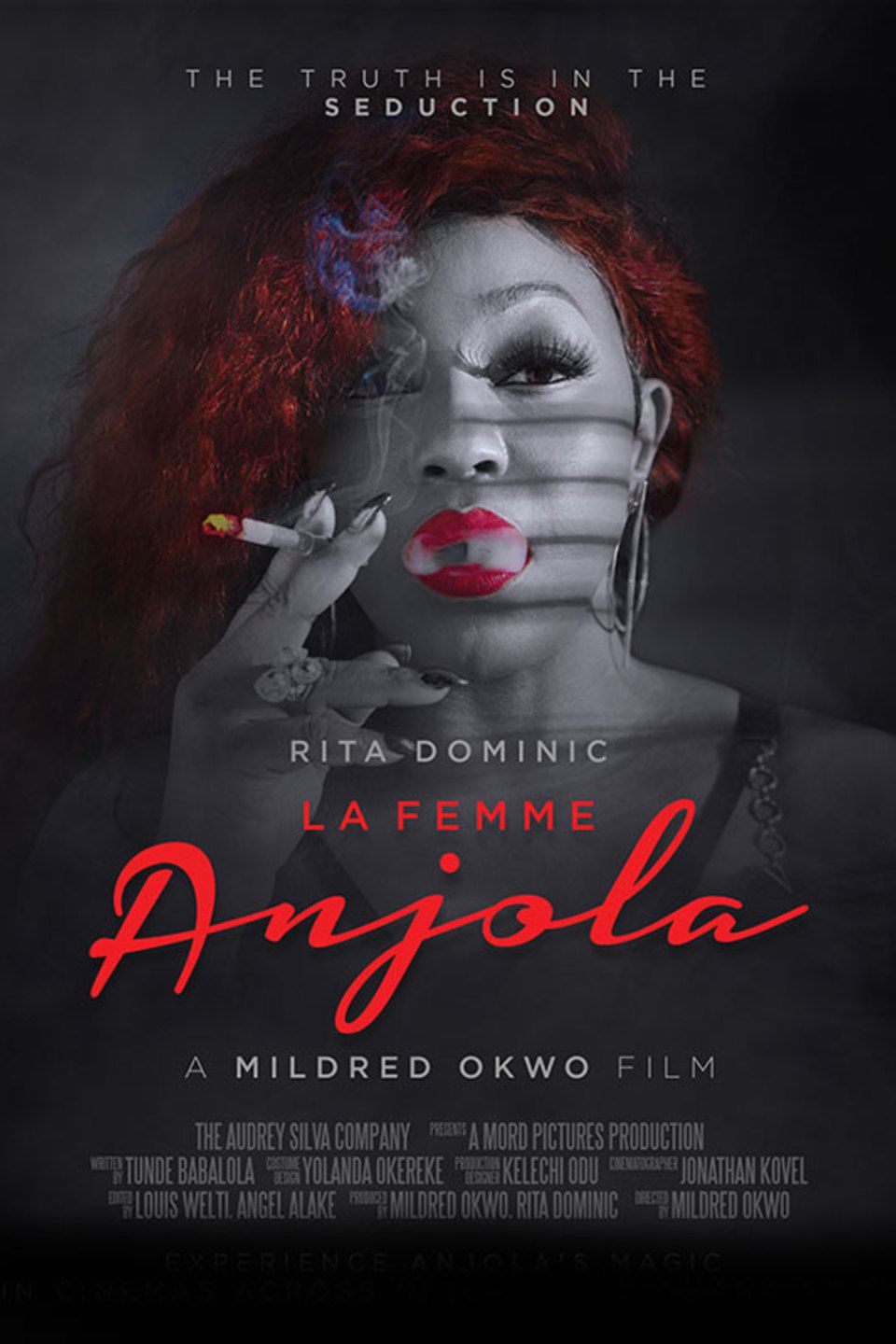 Mumbi sparkles in this supporting role and if you think so too, VOTE for her here.

Two actresses from the movie The New Normal are nominated in this category, and the supremely talented Enado Odigie is one of them! Following her stunning contribution to this movie, Enado is flying high and just might earn an AMVCA for all her efforts. Want to VOTE for her? Click here.

It’s all in a day’s work for Omowunmi Dada, who has earned a Nomination in the Best Supporting Actress category at the eighth AMVCAs for playing Tola in the movie Country Hard. Country Hard tells four stories of an ordinary Lagos day that ends with life-altering consequences for all. Get Omowunmi her first AMVCA by VOTING here. 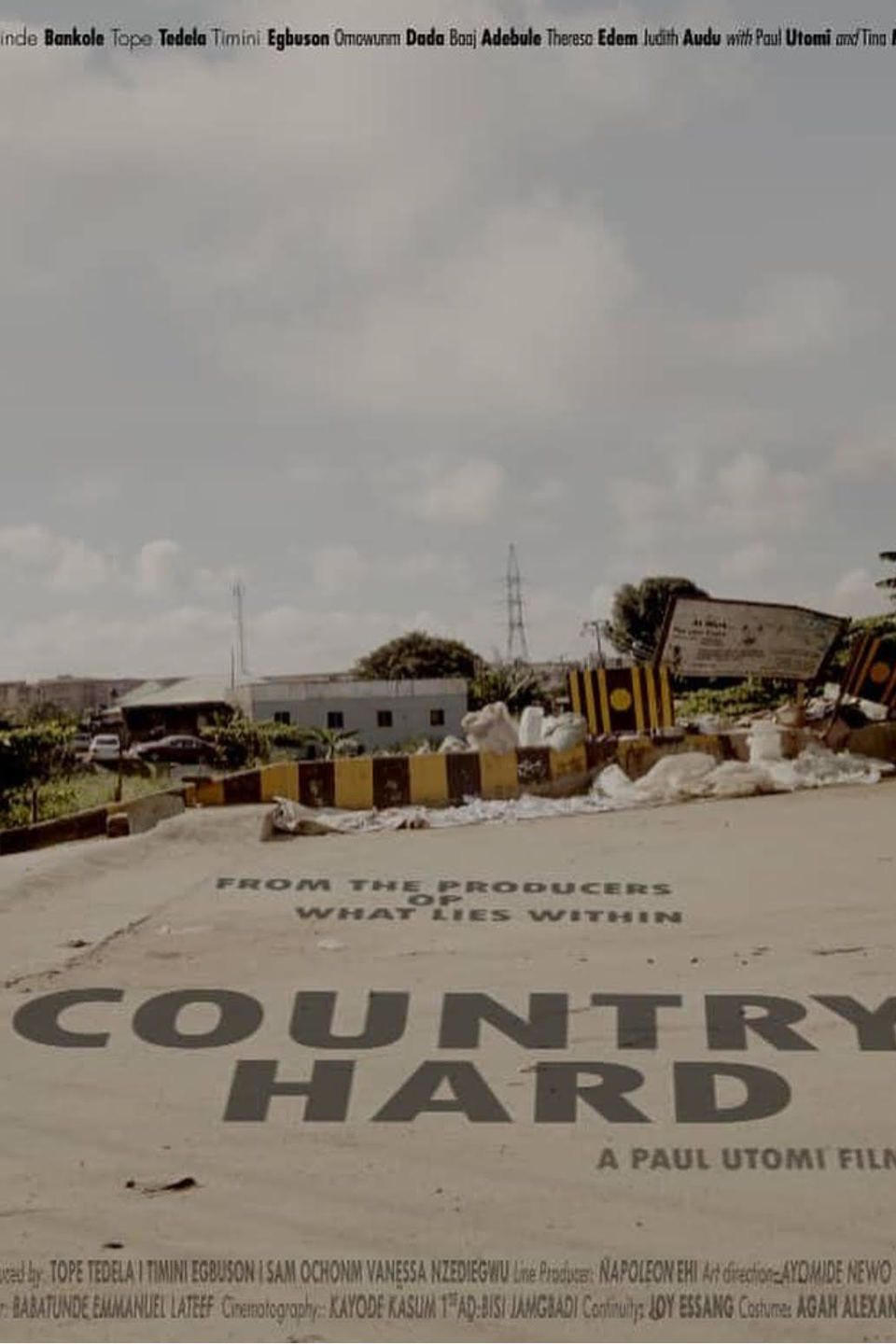 Nollywood’s highest-grossing film of all time Omo Ghetto (The Saga) earns Chioma Chukwuka Akpotha her second AMVCA Nomination ever (she was Nominated in the Best Actress in a Comedy category in 2017). In the record-breaking movie, Chioma plays Chummy Choko, Lefty’s red, yellow and green-headed right-hand woman. Want to give the AMVCA to Chioma? Click here to VOTE!

Get your votes in for all your #AMVCA8 favourites in the seven categories that are determined by the public. Click here to vote NOW!

HAVE YOU VOTED YET?

Of course I have! I'm about to do it again in a sec94%
Yikes! Thanks for reminding me. Voting asap6%

The eighth edition of the AMVCAs are brought to viewers across the continent by Africa Magic in association with MultiChoice and proudly sponsored by Amstel Malta. Join the conversation using the hashtag #AMVCA8 and follow @africamagictv for live updates.

News
Africa Magic appoints Victor Okhai as Head Judge for Eighth AMVCAs
Africa Magic, the continent’s leading provider of local entertainment content, has announced the appointment of Nigerian filmmaker Victor Okhai as Head Judge of the Eighth Africa Magic Viewers’ Choice Awards (AMVCAs), billed to hold later this year in Lagos, Nigeria.
Video
Eight events for 8th Edition – AMVCA 8
The Eight Edition of the Africa Magic Viewers’ Choice is going big with an eight-day plan lineup. Starting on 7 May 2022, the AMVCAs will host an Opening Night Gala, Runway Show, Young Filmmakers’ Day, Content Market Workshop, digital Content Creators’ Brunch, A Celebration of Africa’s Diversity; followed by the Nominees Gala, and lastly the BIG DAY, Awards Night on 14 May. The Eighth Edition of the AMVCAs is brought to you by Africa Magic in association with Multichoice and proudly sponsored by Amstel Malta.
News
Bonang Matheba and IK to host 8th AMVCAs
South meets West as Africa prepares for awards night!
News
Red Carpet Rewind: Pick your favourite outfit! – AMVCA 8
What's the best way to prep for the amazing AMVCA 8 Red Carpet? Throw it back to AMVCA 7!