E!’s new reality series Raising A F***ing Star turns the spotlight on parents who’re raising their kids to be famous. 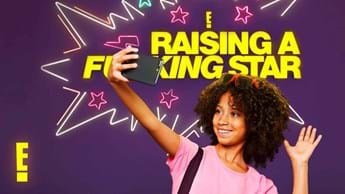 In April 2020, Kris Jenner successfully trademarked the word Momager – a mash-up of “mom” and “manager”. As the Kardashian clan’s strategist, it’s her brand . . . legally. However, she’s not the only momager in town, as there are even “dadagers” (dad + manager) out there.

E! Entertainment (DStv Channel 124) series Raising A F***ing Star will introduce us to four families with parents who are determined to launch their kids’ showbiz careers – from dancing and acting, to modelling, music and sports. If Mom and Dad can get a little screen time themselves, they wouldn’t say no!

Becoming a child performer’s manager seems like a perfect fit for a parent. Who better to protect their little star from the cut-throat entertainment industry? As many families discovered during the study-from-home phase of the pandemic, kids don’t necessarily understand when parents take on different roles, especially when Mom or Dad steps into a job they weren’t trained for.

There are also areas where the roles absolutely should not overlap: Part of a manager’s job is to package the child client for a specific market. They think about the performer’s career in the long term and see the big picture. It hits differently when a manager communicates that it’s time to rebrand because Spotty Norman has outgrown his cute phase. When Mom or Dad points it out, the statement may come across as harsh.

Is that a red carpet? No, it’s a red flag! Can you spot anyone waving one in Raising A F***ing Star?

Meet The Momagers (and a Dadager)

Momager Sam Shen is a competitive dancer-turned-coach. She has one superstar kid, and one talented kid who just hasn’t caught fire. Cutie patootie ChaCha Shen (10) is an actress, dancer and comedian known for her ChaChaography dance moves as seen on The Ellen Show, Little Big Shots, and The Late Late Show with James Corden, and, of course, TikTok. Kennie Shen (15), ChaCha’s big sister, has been on reality show World Of Dance with her dance troupe, Cupcakes (prepare to feel for Kennie, who can see what’s happening).

Momager Kia believes that her daughter Flau’Jae Johnson (18), daughter of late rapper Camoflauge, is hip-hop’s next big star . . . or a basketball legend. Kia can do both. She went to the quarterfinals of America’s Got Talent as a rapper in 2018, at the age of 14. In September 2022, Flau’Jae signed a multi-year contract with Puma, and she’s signed to Jay-Z’s Roc Nation record label. Yet, being the sibling of a superstar often feels like being left behind, and Kia's son Tray reveals in the show that he also wants to be a rapper, but mom never asked him.

Cool Benson and his husband Kelly Dedman are raising Daelyanna (12) in Los Angeles. Daelyanna is now touring as an understudy with the Broadway production of Tina (a stage musical about pop star Tina Turner). Make-up artist Cool (who worked on High School Musical: The Musical: The Series) is the dadager (and an ex-pro cheerleader and one-time Janet Jackson backup dancer). As we’ll see in the show, Cool can’t resist a camera. You’ll often find him sticking his oar in and giving opinions when Daelyanna is trying to make her own choices as a performer.

Jessica is trying to make her daughter Breanna (18) “happen”, but Breanna’s “meh” attitude is not helping. Jessica and Breanna were also in Making A Model with Yolanda Hadid. In July 2022, Breanna’s dad David Joseph Bunevacz pleaded guilty to scamming investors in his vaping business out of $28 million. He will be sentenced on 21 November 2022. In the show, Jessica repeatedly claims that the family is struggling financially, and she’s hoping that Breanna’s career pays off.

E! Entertainment (DStv Channel 124) is available on DStv Premium, Compact Plus and Compact. To upgrade your existing package, click here. Or if you'd like to Get DStv, find a service that suits your needs here.