What to Watch on DStv Access in November 2022 | Highlights

Call in the experts with DStv Access this November 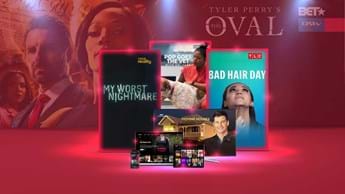 There’s no problem that DStv Access experts can’t solve this month. Dr Angie, Dr Meena and Dr Isha are the good hair fairies in new medical reality series Bad Hair Day. Veterinary dermatologist, Dr Joya Griffin has the RX for itchy pets on Pop Goes The Vet With, and if you have the perfect house in the worst location, Clarke Gayford will show you how to fix that on Moving Houses.

Could this super-team help the White House staff, please? The insane chaos that the Franklin Presidency has spawned might be beyond help when drama series Tyler Perry’s The Oval Season 4 starts on BET – which is one of the most exciting new addition to the Access package.

There’s so much more to see on DStv Access this November, including BET’s 2022 Soul Train Awards. Scroll down and mark your diaries for more new shows, and for a sneak peek at what’s happening in the other packages…

In the cliff-hanger Season 3 finale, President Franklin told White House Chief Of Staff, Donald, the big secret: First Lady Victoria killed their serial killer son, Jason. President Franklin was unaware that Donald was an accomplice in the murder. Season 4 takes us straight back into the action, with bullets flying. PS: The White House staff had better brace themselves because (yet again) Jason’s death has been faked, and the Franklins are going down. Tyler Perry fans can also catch Sistas, Season 5 from Tuesday, 8 November at 22:00 on BET.

Humans spend six years of our lives in another world – Dreamland. For some people, the world we visit when we sleep is filled with terror, demons and darkness. This eerie docuseries brings real-life people’s nightmares to life on screen in shockingly vivid scenes, as they tell their stories. Meanwhile, paranormal experts like Jack Kenna weigh in on where the darkness is seeping in from. Sometimes, it’s not just a vivid imagination... like when a teenager’s dreams start reflecting the truth about her dodgy new relationship, or a woman has recurring nightmares after moving into her grandparents’ home. Sweet dreams!

The three most important things about buying a house are location, location, location! But what if you found your dream home in a dying neighbourhood? Or you love your family home, but your new job is far, far away? Well, just move! This reality series takes us inside the science and engineering required to move a house across the country in New Zealand. Host, Clarke Gayford rides along as charming cottages, historic villas, and sleek designer pads are dug off their foundations, chain-sawed into pieces, and trucked through mountains passes, over rivers and through neighbourhoods until they reach that perfect spot.

Dr Joya Griffin, veterinary dermatologist, is the Dr Pimple Popper of the animal kingdom. She and her apprentice Dr Jeff treat every patient from bald rats to itchy dogs and spotty hogs. She’ll show us how they tackle it all, including parasites such as ticks and the demodex mites that cause mange, impacted earwax, cyst, lumps and bumps and abscesses. It’s a serious reality check for kids who want to be vets!

Dr Angie, Dr Meena and Dr Isha take us inside their office as they treat hair-related medical cases. Meet female patients who have thinning hair but growing beards, and the man who’s grown his hair out so it covers the huge lump on the back of his head. There’s also a patient who lost most of his hair in a fire, and more. In each case, the doctors will listen to patients explain the heart of their problem, they’ll run tests and explain the science behind some devastating conditions that are more common than you’d think, and find a way to give a patient hope so they can walk out with their head held high.

November firecrackers on DStv Premium, Compact Plus, Compact and Family…