Watch The TikTok Man: Catching A Predator Season 1 on DStv

Have you seen the TikTok Man? 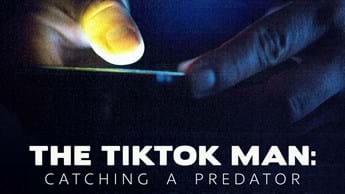 October is spooky season, but while the ghosts, ghouls and goblins give us delicious shivers, there’s no monster more frightening than the one in the mirror. Not Bloody Mary, but Earth’s most deadly predator: the one with a human face.

A scary docuseries to tune into this month is The TikTok Man: Catching A Predator on (DStv Channel 171), with Danish subtitles. This is one of those tales with all the elements of classic horror: the monster is secretly already in your house. He is watching your kids, forcing them to keep a secret. He stalks victims and whispers terrifying things to them. When the victims call for help, no one listens and even the police shrug their shoulders. In the end, it takes a woman who’s hell bent on exposing the truth to defeat the monster.

Diana Rasmussen first met The TikTok Man in 2019 when he asked her out on a date. She quickly decided he was not for her, so she was furious when she found out in 2020 that he had sent one of her daughters (then aged 14) a friend request on Facebook. Diana believes it was meant to be the start of a deliberate revenge attack. She confronted him about it, and the series shows chilling footage of him smugly telling Diane there’s no law against a 14-year-old writing to older guys.

It was immediately clear that this was someone practised at deflecting attention from his own behaviour, approaching underaged girls in the first place – someone whose grooming techniques included shifting all accountability from himself, where it belonged, to his victims, making them feel guilty and afraid for walking into the trap he knowingly set.

While social media gave this predator a rich hunting ground, it also gave Diana an advantage. When the Coppenhagen police shrugged off her story In November 2020 and refused to even write down the name that the man was using on Facebook, she posted about the predator on a special Facebook page she set up. Women started contacting her with their own stories about the same person, and a pattern began to emerge. Connections between the stories showed that this one man had been harassing and stalking women and girls as young as 8 years old on Facebook. Together the women did what the police would not: they collected evidence until they had over 400 accounts of online sexual harassment across multiple social media platforms, and real life physical encounters including rape and torture – linking all the attacks to just one man. Together, 60 of them took their stories to the police, refusing to be ignored.

The TikTok Man was 28 years old when he contacted Diana’s daughters in November 2020. Unknown to them at the time, he had already served a three-month prison sentence for sexually assaulting a 12-year-old girl in 2017.

In May 2021, thanks to the efforts of Diana’s Facebook group, The TikTok Man was found guilty of raping a minor, sexual assault on another underaged girl, and using humiliation, threats and “attempted unlawful coercion”. The five victims who spoke out about him in court were aged between 15 and 13. According to conditions agreed on in his case, by Danish law he cannot be named or photographed, as accusations against him continue to mount and he might still stand trial on further charges.

For now he is faceless, but he is not special, unique or clever. There are many like him, and in the course of its six episodes, The TikTok Man: Catching A Predator will show families how to recognise the tricks that these predators use, and learn how to guard themselves and their children.

ID (DStv Channel 171) is available on DStv Premium, Compact Plus and Compact. To upgrade your existing package, click here. Or if you'd like to Get DStv and find a service that suits your needs here.