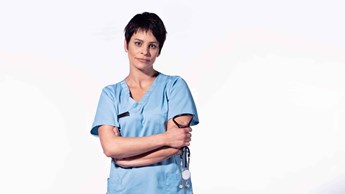 Binnelanders fans had such hope that Dr. Elana Bester (Ilne Nienaber) would pull through and recover from her horrific accident at the end of June. But after complications, an infection and her brother George’s (Tiaan Rautenbach) stubborn refusal to donate a kidney to her, she drew her last breath on screen on Wednesday, 14 July.

Ironically, even this doctor’s death will save lives – according to her own wishes as an organ donor – on Friday, 16 July.

We spoke to Ilne about Dr. Elena’s last moments, and why she had to say goodbye.

Elana’s life has been complicated ever since George and his wife, Nellie (Beáte Opperman), arrived in Pretoria at the beginning of June to demand custody of young Ruan (Caiden Bouwer) and Vicky (Roxanne Bornmann). They've been with Elana and her fiancé, Steve (Clint Brink), ever since their parents – Elana’s sister, Maddie, and her husband, Bruce – died in a car crash in 2020.

So Elana stepped up and took charge of the situation, and with Steve’s support, they became a close-knit family – so much so that they wanted to adopt the siblings.

But the kids came with a trust for the guardians and that was just too much for greedy George and nasty Nellie to pass on.

Vicky and Steve when they visited Elana in the hospital.

To add insult to injury, George was partly responsible for Elana’s horrific accident. He hadn’t repaired his car’s faulty handbrake and when it got knocked by another car in the parking lot of Binneland clinic, it rolled downhill, straight into Elana.

The car pinned her to a pillar with a tap, which destroyed her kidney. Even though George was a donor match, he refused to save her life. “As a doctor, Elana knew the facts surrounding her injuries and her chances of survival were slim, but she did fight up until it wasn’t enough anymore,” says Ilne. 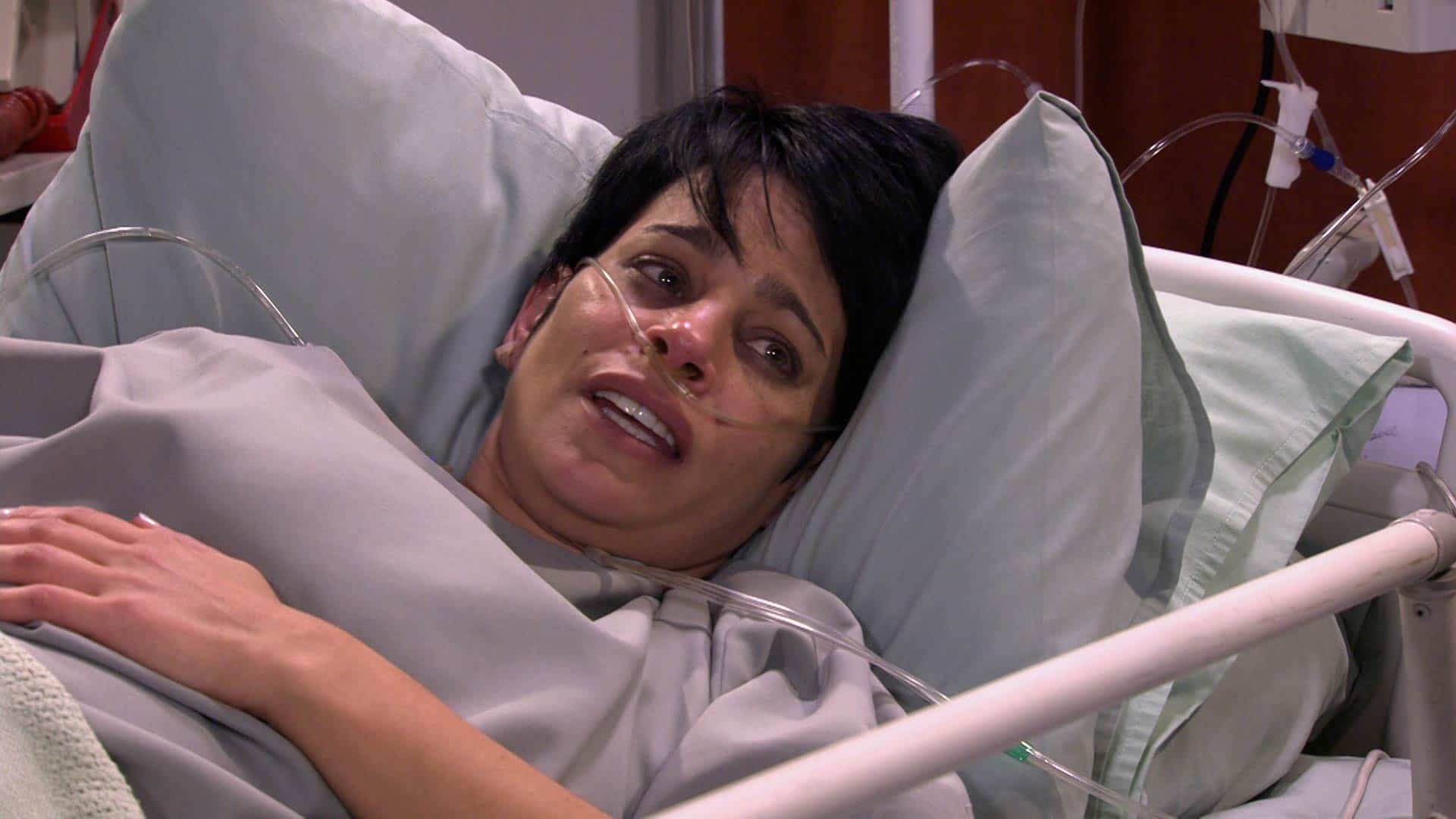 Elana fought for her life in hospital after her horrific accident

Dr. Elena’s death marks a new beginning for Ilne, who decided to move overseas at the end of the year. “I came to the realisation that I had to cut ties with Binnelanders so that I would not be in a position to stay behind or have to come back,” says Ilne. “I didn’t want to have any regrets and that is why I felt my character had to die,” she adds.

Ilne’s last day on set in April was an outpouring of emotions. “The crew and cast gave me a lovely send off, and I was sad to say goodbye to them; they were like family. It was bittersweet, because I really gave it my all and more from my first storyline in 2017 until my last storyline. The time was right to close this chapter, and I am excited about the new adventure I will be taking on with my family,” she says.

Ilne is currently enjoying being a full-time mom to her own 2 children. “I am also busy writing my first children’s book, which will be published by Purple Chair Publishers, titled Korrels Se Avonture. I am planning to publish 2 volumes of it. And hopefully there will be even more books in the future,” she adds.

What about Steve and the kids?

Ilne isn’t sure what the writers will be doing about the kids, but she is confident that Steve will not let them down.

“Steve is a solid character, and I believe he will cope despite his grief,” says Ilne. “And he will have help from Elana’s other brother, Conrad (Hykie Berg), and the rest of the family. And, of course, Ruan and Vicky love him, and they will keep him going,” she adds.

“I believe Elana came to the realisation with her final storyline that there is nothing more important than family. She even said to Steve that this past year was the happiest time in her life because of the children, and I (Ilne) was personally so happy for her that she came to that realisation.” 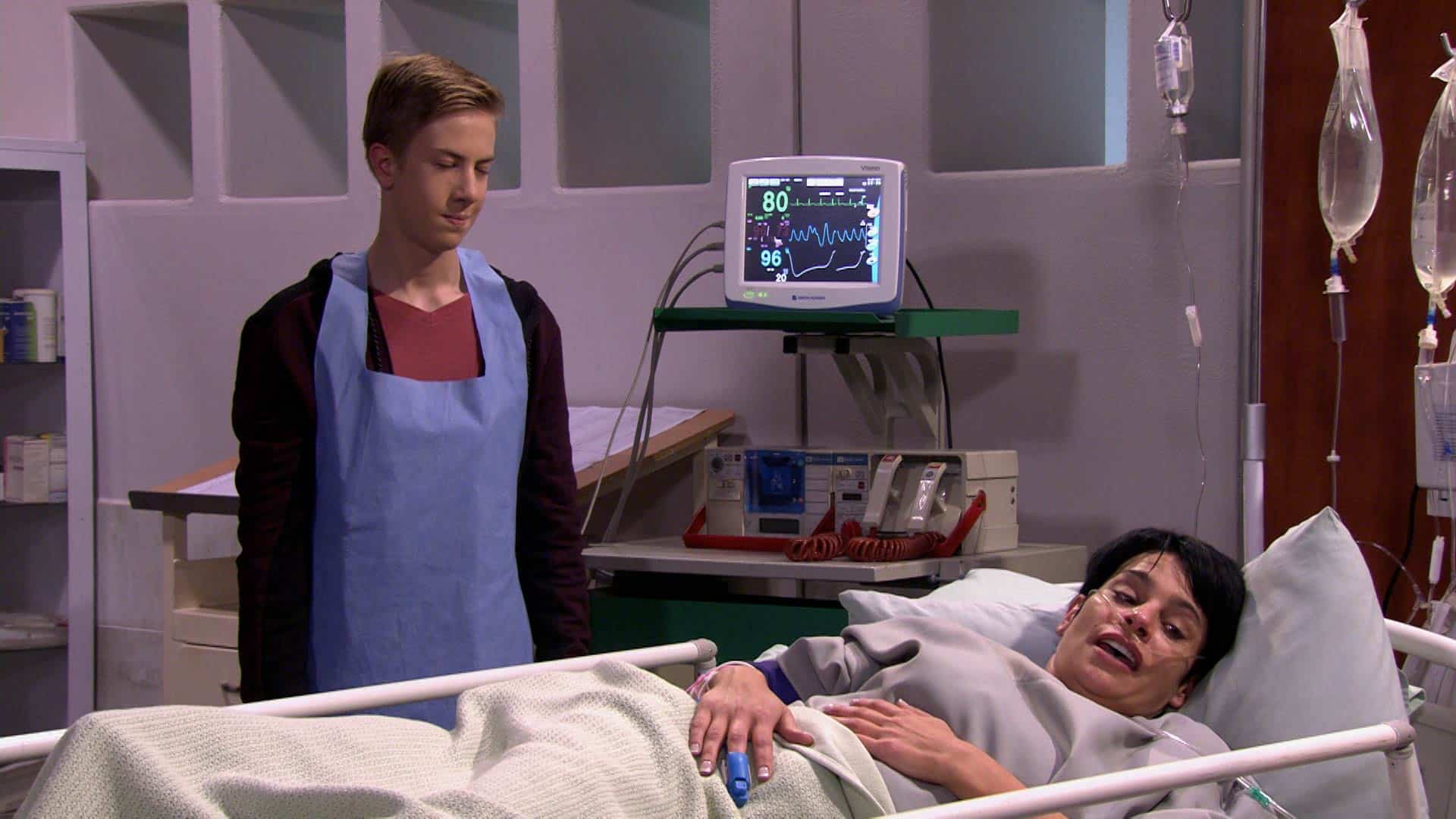 Ruan told a dying Elana that he wants nothing to do with his uncle George and aunty Nellie.

“I know fans can get attached to characters in series they watch, and they get sad when those characters die, but the stories go on and there will be new characters that will steal their hearts,” says Ilne.

kykNET (DStv channel 144) is available exclusively on DStv Premium and DStv Compact Plus. To upgrade your existing package, click here.