Catching up with Sizwe Khumbuza

Although Unmarried resolves primarily around the nuanced chronicles of three lead female characters - Brenda, Thembi and Lesego, one character on the show has warmed his way in the hearts of South Africans almost with the same finesse he was able to woo over the affections of Brenda (Renate Stuurman). 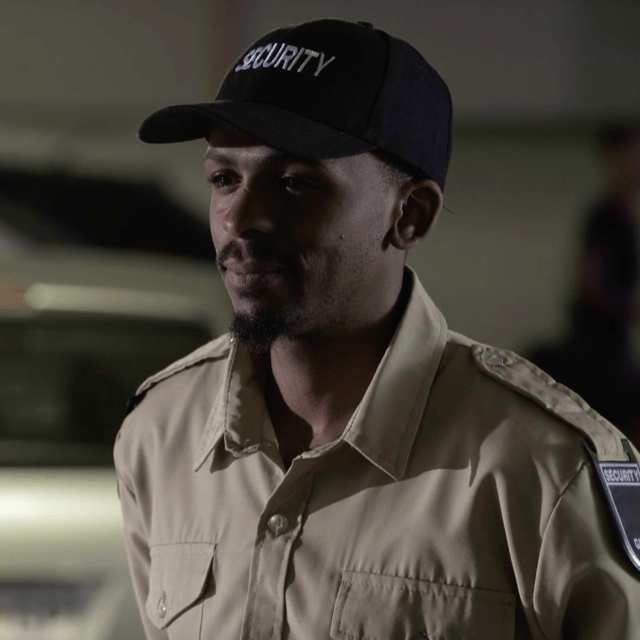 Also dubbed  'security bae' thanks to his smooth charms, hotness and that overall 'wow factor' (and, and, and!), Xolani slowly became a consistent fixture in Brenda's life, often showing up when she needed a shoulder to cry on.

Yet her friend Lesego, and without a doubt, many viewers, could not get past the 'security guard' aspect of his life. Here's a powerful woman who wields authority, and her sexy professional subordinate who is nowhere near her tax bracket (yet), is relentless with his advances. What should sis do? 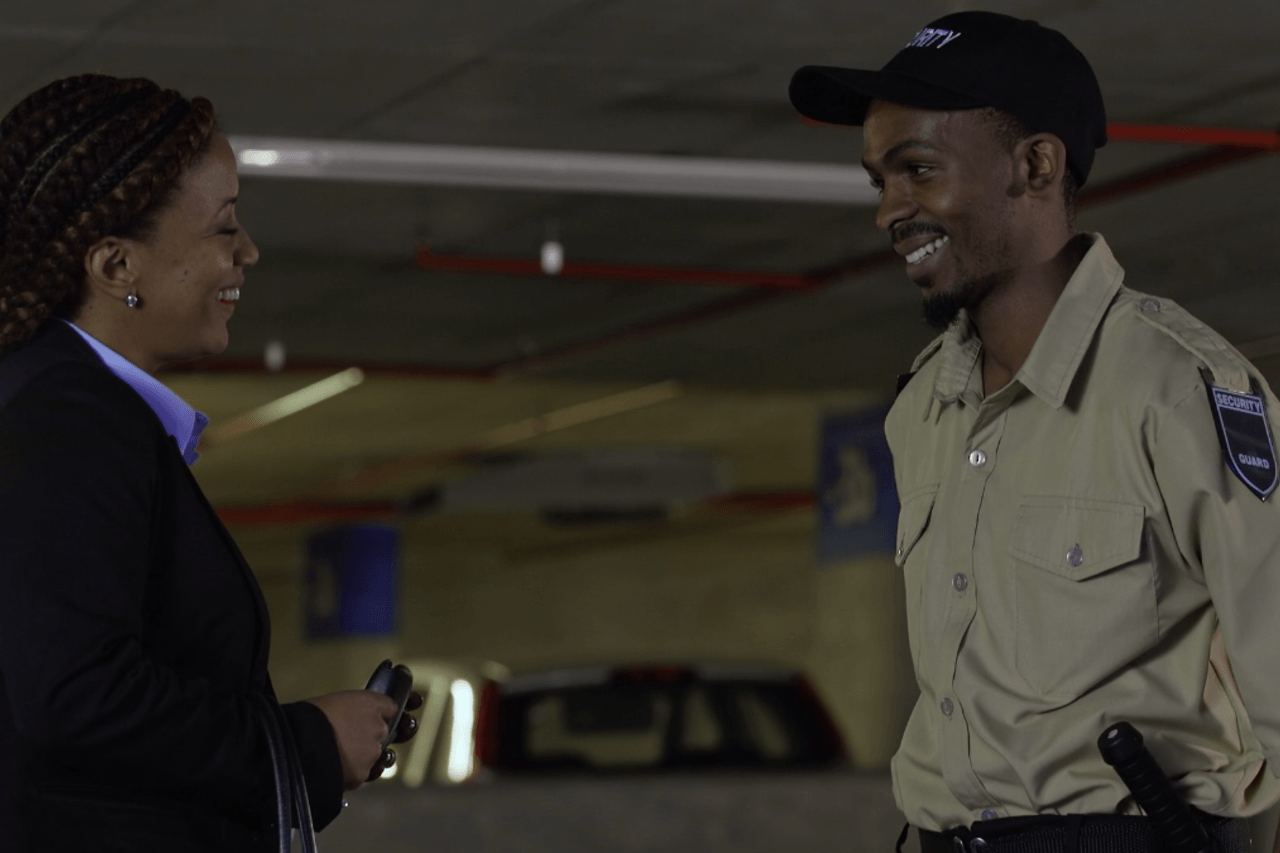 This interesting dynamic is exactly why Sizwe Khumbuza - the actor who portrays Xolani on the show - was thrilled to audition for the role. Says Sizwe during a recent catch up we had with him ahead of Unmarried season one finale this Friday at 19:30,  "I found it very interesting and challenging because security guards are very much undermined. So this is to show, in a way, that it’s not about what you are in a situation, it’s about what drives you."

Sizwe, who's character research included him spending ample time with real-life security personnel at banks to immerse himself in the rich texture of their world as a means to build Xolani, reflects on his role on Unmarried:

How did the role come about, and what attracted you to it?

Well, I got a brief from a friend of mine who was at Ferguson Films and he told me to audition for the role. I was so eager because it was about a security guard who falls in love with his boss. What are the odds of that happening? I went and auditioned. I even dressed up for the part. The whole scene was about him fixing a broken shoe, so I came with one.

I found it very interesting and challenging because security guards are very much undermined. So this is to show, in a way, that it’s not about what you are in a situation, it’s about what drives you.

How did you get in character?

“I enjoyed that (getting into character). I stay close by a bank headquarters. I went there to have a conversation with the security guards, and just asking them ‘how do you feel when a beautiful woman walks past… like do they feel intimidated or confident enough. How do they react? … In terms of energy, they are very disciplined, which helped me build the character.

‘The character is older than my life… So I started talking to older women, flirting… just to see how they would react. Most of the times these women look very intimidating. It was just to see the energy, which gave me a lot of material.

What are the differences between you and Xolani?

Xolani is more of a shy person, but he is eager. I’m very open and I love -people. I interact with a lot of people. He is more family oriented and follows a routine. I’m very spontaneous and in the moment.

We are both ambitious and eager. After all, he is a lawyer…

If you were in Xolani’s shoes what would you do differently?

[Laughs] Being a security guard wouldn’t have been ideal... I would have stayed in school and focused on networking around the school, interact more with people who are in the same environment that I’m trying to work in, as opposed to make it by yourself.

… But he is juggling a few things. He’s also a bartender,by day a security guard. Then the studies, and the whole situation with Brenda… Busy guy!

Yes, but it’s also important to not be all over the place at the same time. He could be grounded in something. It gives you more motivation to focus and work hard in what you want. Juggling too many things don’t always work out.

Geez!  Do you think that he’s in love with Brenda, or has ulterior motives?

Oh, he’s in love! Because he doesn’t care what she has, it’s more about the person for him. He’s more attracted to the way she relates to people, and the compassion she has. Brenda is a very loving person, if I may say. That’s what he fell in love with, that as powerful as she is, she is a simple woman with the biggest heart, which resonated deeply with Xolani.

In real life though, how would you approach the situation differently?

Yho! [Laughs]. Well, I guess, for me its always in the moment. I get to know the person first. I’d try to understand her and get a common ground between me and her. I wouldn’t overthink it. Be in the moment an let it be.

I like the fact that SA is finally giving women the platform they truly deserve. As much as it involves other people’s lives, you can see different types of women experiencing different things. That involves younger women because, without direction, women can’t have motivation. I’m happy they are getting recognition.

Catch Sizwe As Xolani on Unmarried season finale, Friday at 19:30 on 1Magic, DStv channel 103. Join the conversation on Facebook, Twitter and Instagram using #Unmarried1Magic to connect!

Video
When self-preservation wins - Unmarried
Enzo's mom is infuriated that Mpilo strangled Enzo and meets up with Mpilo's mom to tell her that they will be opening a case against him. Mpilo's mom has her defence as she warns Enzo's mom that should she do that, she will also make it known that Enzo's dad did not die from natural causes. This then causes a pivot where Enzo's mom tries to convince Enzo that Mpilo made a mistake and that she should take him back.
Video
Mpilo proposes to Enzo - Unmarried
Enzo walks into a surprise proposal, but the real surprise is that she said yes after she was seen packing her bags to leave him. Social pressure won, and she said yes to a toxic and abusive relationship. We wonder how long she will be able to keep this up because neither party is happy in this relationship.
Video
Sizwe goes snooping
Sizwe sees messages on Shaz’s phone from Julius and opens them to his horror.
Video
Sizwe also has a secret
As they play a game at the getaway, it’s revealed that Sizwe slept with Tsepi.